While according to the internets 2016 was a smoldering hellfire, for me it was the year I found my footing in my career and friendships. I moved from sales to marketing (a MUCH better fit), traveled abroad to five countries (Mexico, Iceland, Belgium, France and England), and made incredible friends in Colorado.

However it wasn’t a perfect year. I still haven’t struck the perfect balance between work and play, and I still struggle with anxiety. If I relax on the weekends, I’m bored and listless, but if I ski or travel too much, I’m exhausted. As my best friend said, I have type A ambitions but type B energy. Too true. 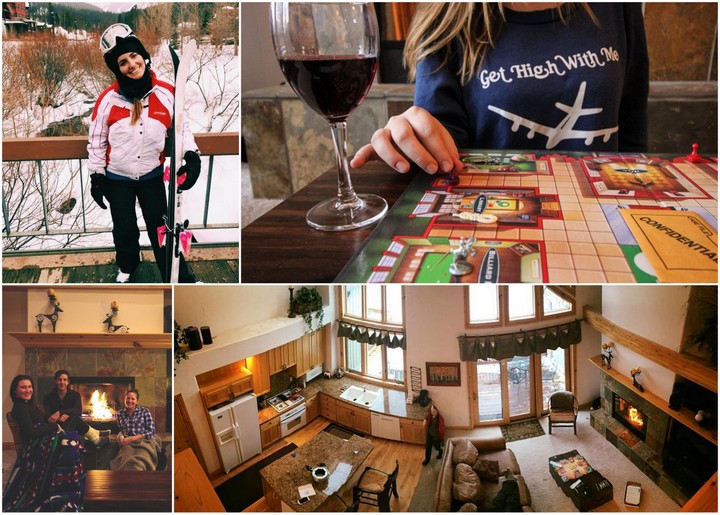 The highlight of January was a ski weekend at Winter Park with friends who flew in from all over the country, and one who came all the way from France!

Renting a house in the mountains with friends is one of my favorite things in the world. And is there any better way to follow up skiing than with fondue, hot tubbing and red wine? I think not.

In February the Broncos won the Superbowl! It was extra special because my friend from France was still in town. I’ve never seen Denver so raucous – the downtown was a sea of orange and drunk people. I also moved to Boulder in the sloppiest move of my life, with four boxes, no pre-packing, and a hangover.

Over President’s Day weekend I headed down to Mexico City with my dad. I have always wanted to visit Mexico City, and it was as huge, historic, and fascinating as I had imagined.

Funny enough, our trip to Mexico City coincided with the Pope’s visit. The downtown was a mess, but we still had a blast – we stayed at a historic hotel, rode in a hot air balloon over Teotihuacan at dawn, took a food tour in Roma, and attended a blow-out party that a friend I met traveling invited us to.

The party was over-the-top: every person had a personal hookah, there were bird cages of fresh flowers hanging from the ceiling, and my friend’s uncle a ridiculous collection of early twentieth century cubist art. There’s a lesson here – stay in touch with the friends you meet traveling! 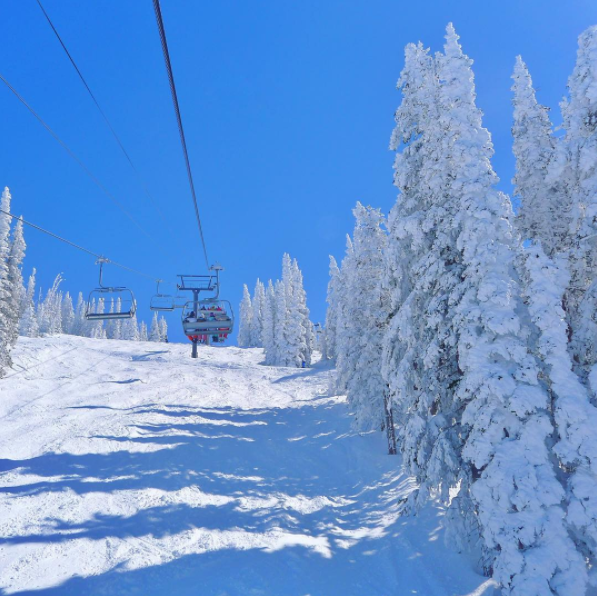 In March Jessica came to visit for a week, and we went to Frozen Dead Guy Days, a wacky festival that celebrates Bredo Morstel, a man who was frozen in dry Ice in Nederland, Colorado. We also danced all night in Boulder and had a twelve-hour, hungover Naked and Afraid marathon the next day.

At the end of the month, I headed to Steamboat Springs with friends, where we skied some of the best snow of my life. There’s a reason they say Steamboat Springs has champagne powder – it’s so light and fluffy. Also I would highly recommend Strawberry Hot Springs! 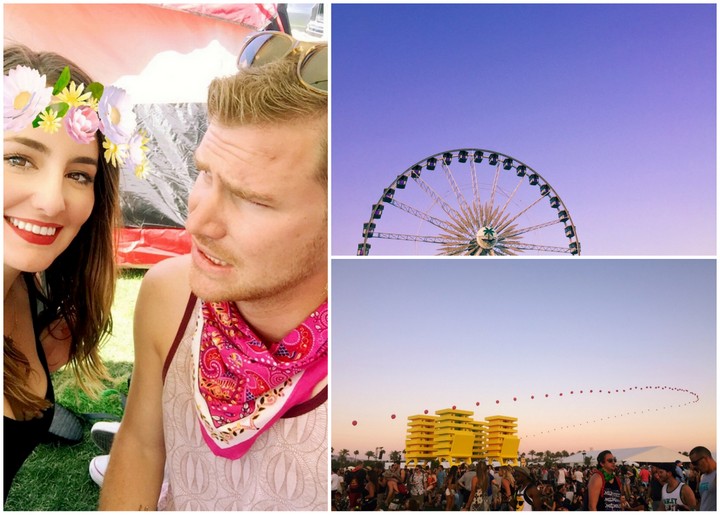 In April I flew to LA for Coachella. Coachella was incredible, and got me even more hooked on music festivals. (Lolla 2017, anyone?) Though I must admit four days of camping and heavy drinking was a lot for me – by the end I was feeling pretty down.

In May I saw two of my favorite authors speak – Liz Gilbert and David Sedaris! I also headed to San Francisco for Bay to Breakers, a seven-mile race around the city. My friend and I dressed up as piñatas which was super fun – the race spectators loved all the candy we threw at them.

I was also featured in Glamour which was exciting. It’s so bizarre (and awesome) to see your name and photos in print! 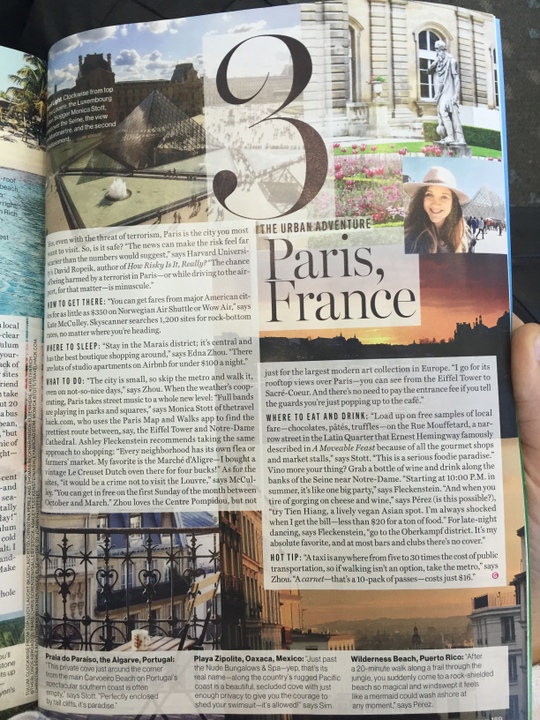 At the end of the month I headed to Iceland. Iceland is a fascinating, quirky country that completely surprised me. Highlights of the trip included scuba-diving in Silfra Ridge, riding (and nearly being bucked off) an Icelandic horse and spotting many, many waterfalls on our road-trip. 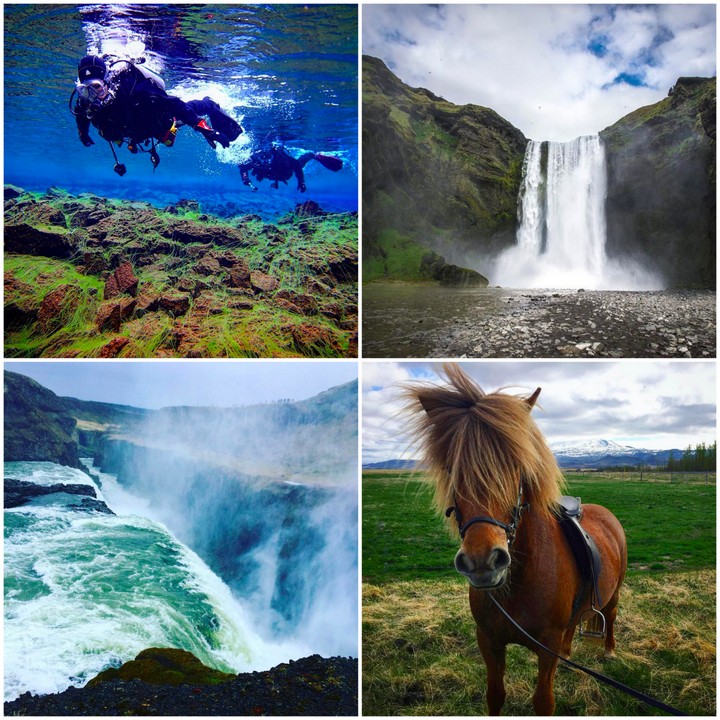 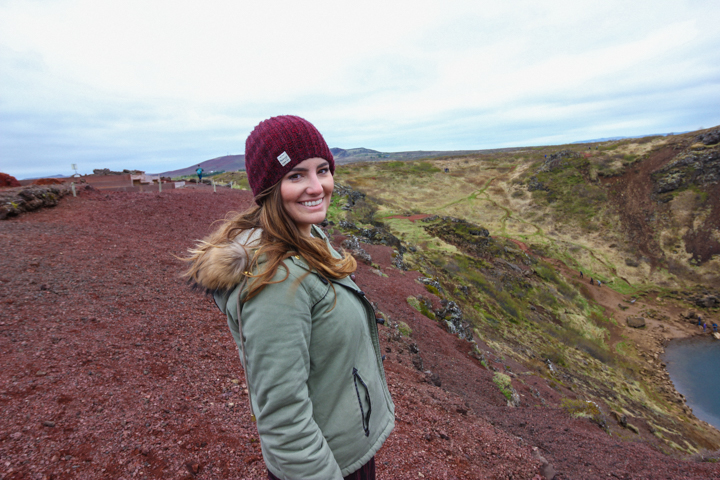 After the whirlwind of May, I (attempted) to chill out more in June. I headed to Chicago for my brother’s graduation, hiked in Boulder, and saw Odesza at Red Rocks, my favorite concert venue of all time. If you guys ever get the chance, PLEASE go to Red Rocks – it’s unbelievable.

In July I spent a lot of time in Michigan and Wyoming. I headed home to Michigan twice – once for the fourth of July and again for my 26th birthday. Both times were lovely and made me consider moving back to the mitten. (Until I remember Michigan winters, when my fantasies are promptly shattered.) 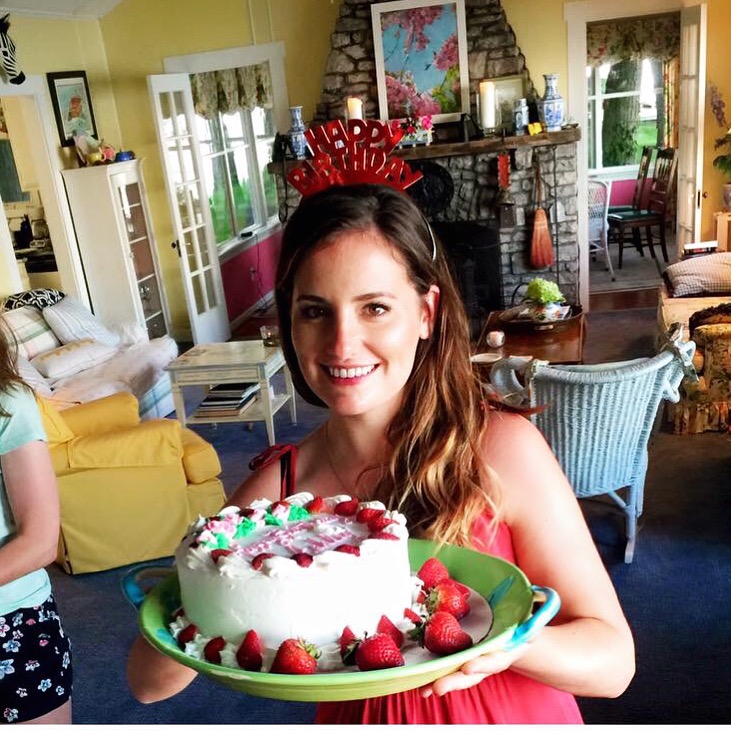 I also headed to Cheyenne for Frontier Days, where I saw my first rodeo. It’s amazing Boulder and Cheyenne are so close, because they’re truly different worlds.

After another month of being gone every single weekend, August was low-key. I worked out a lot, drank bloody marys by the pool, and headed to Red Rocks twice for Pretty Lights and LCD Soundsystem. Best second date ever. 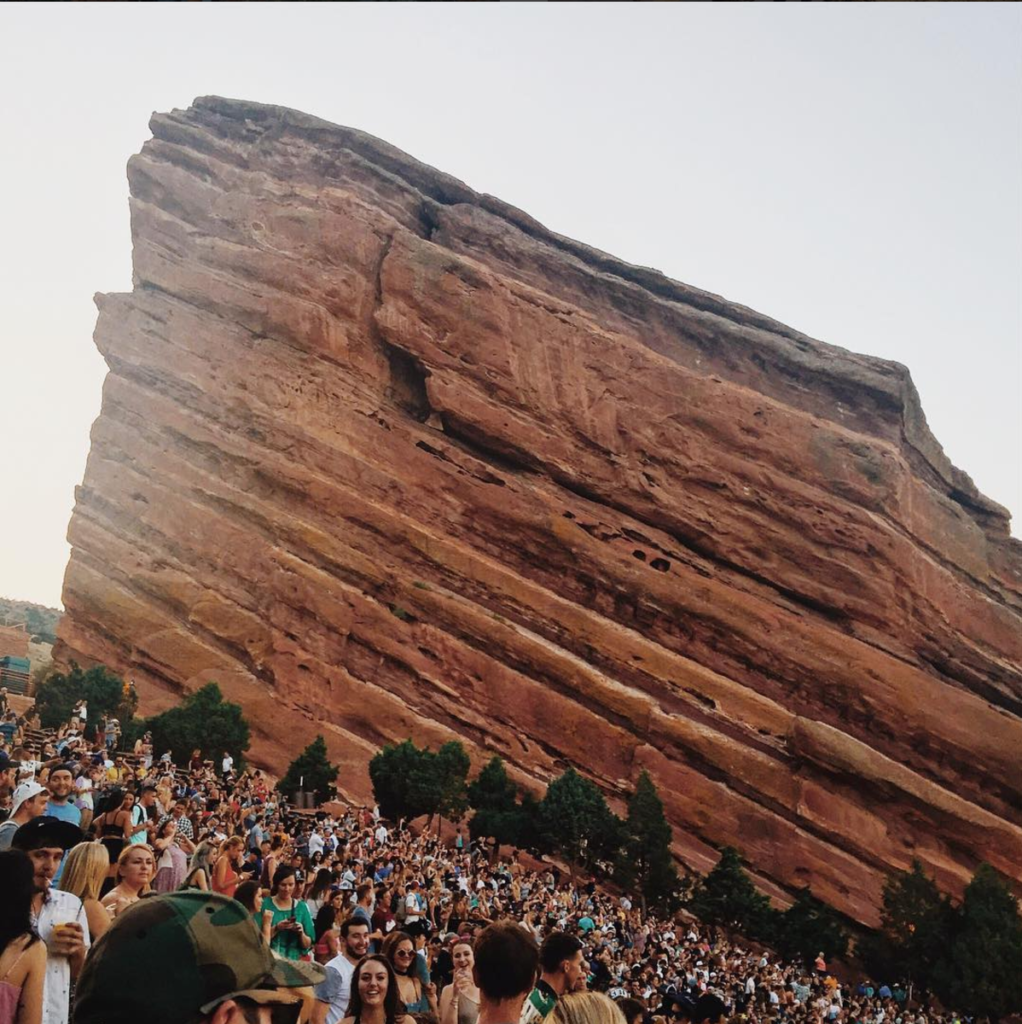 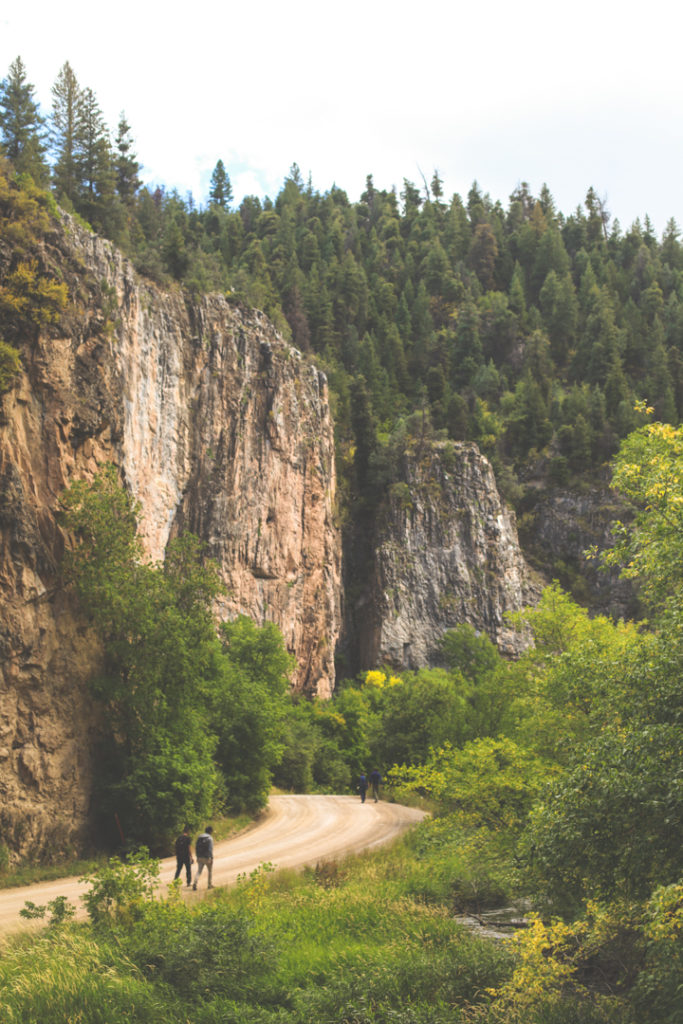 September was insane. I kicked off the month with a girls’ camping trip to Rifle, Colorado, which was an absolute blast. The next weekend, I headed to Steamboat Springs where I went horse-back riding, hiking, and hot-tubbing. (Post soon!)

Mid-month, my parents visited and we went to Colorado Springs to see Garden of the Gods and to stay at the historic Broadmoor Hotel.

But the absolute highlight in an already amazing month was a week in Paris. God, it was good to be “home”. I didn’t do much – I mainly just spoke French, wandered Le Marais and Montmartre, and ate as many cheeses, salted caramel crêpes, and baguettes as possible. Nom. I also snuck in a quick, chocolate-filled visit to Brussels to see my aunt. 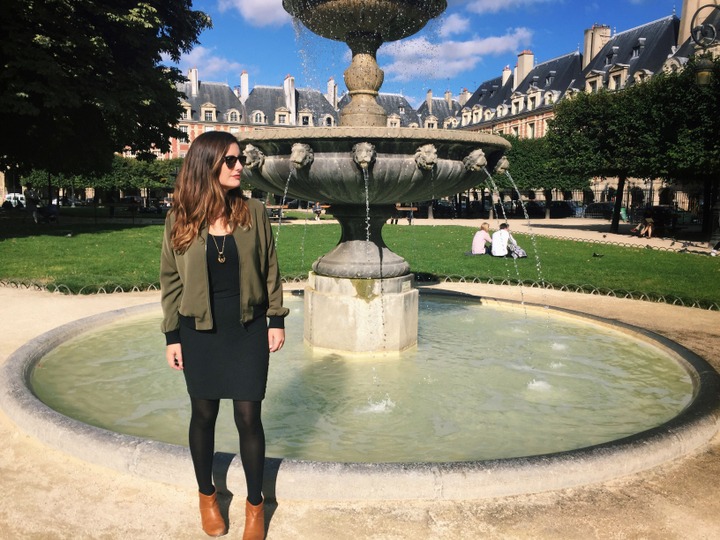 In October I spent a week in England, visiting the Peak District the Lake District, Essex, Manchester, and Blackpool (yes, that Blackpool). And of course, I spent some time in London. Post(s) soon! 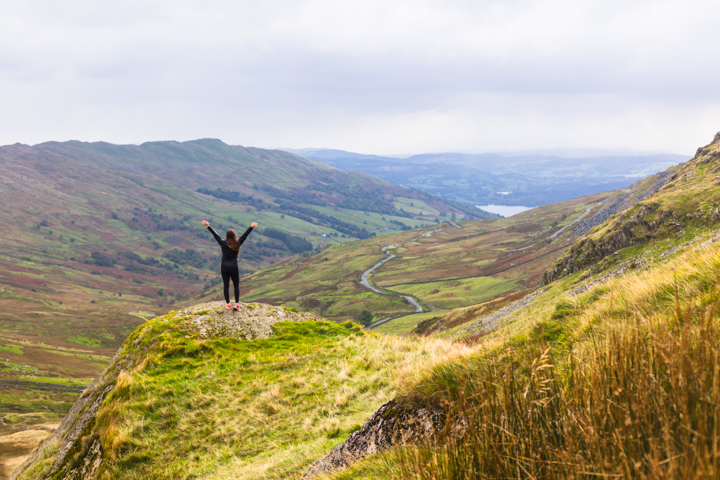 When I returned to the states, I finally saw the elk in Estes Park, and headed to Aspen with a bunch of girlfriends for the female version of The Hangover.

For Halloween I dressed as a blank canvas and weirdly, it was my favorite costume of all time – I carried around acrylic paints and everyone painted me. 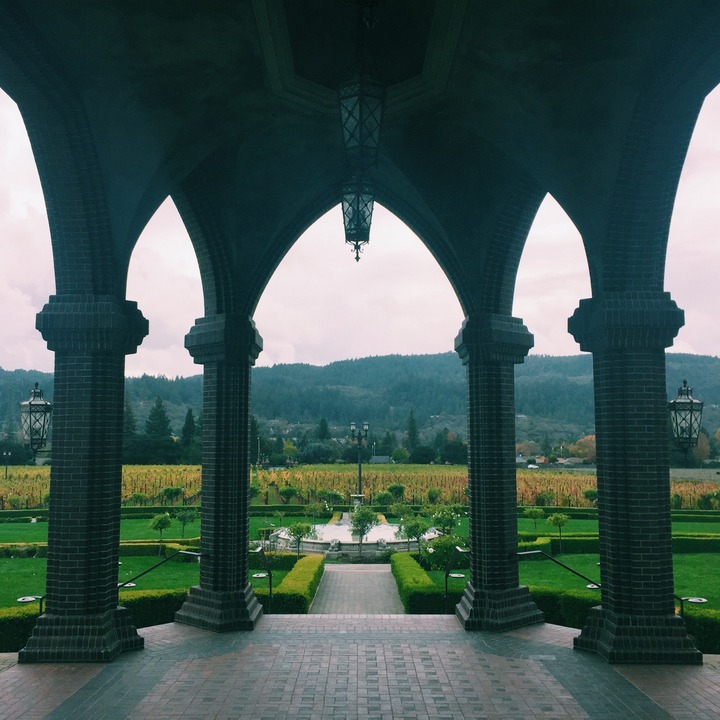 In November I headed to the Golden State for a conference in San Francisco. When I landed at the airport, my friend said, ‘Hey, want to go to Napa?’ So off we drove to spend the afternoon wine-tasting in Napa and Sonoma. Sigh – if only every Monday could be so champagne-filled.

In November I also threw my friend who loves jalapeños a jala-party (I’m… awesome at puns). Literally everything was jalapeño-flavored – we had jalapeño popper dip, jalapeño popper grilled cheeses, jalapeño margaritas, jalapeño wrapped dates… it was extremely unhealthy but tasty.

One of my friends also threw a Friendsgiving where we ate delicious food and made amazing Mannequin challenge video. (I was the director!) 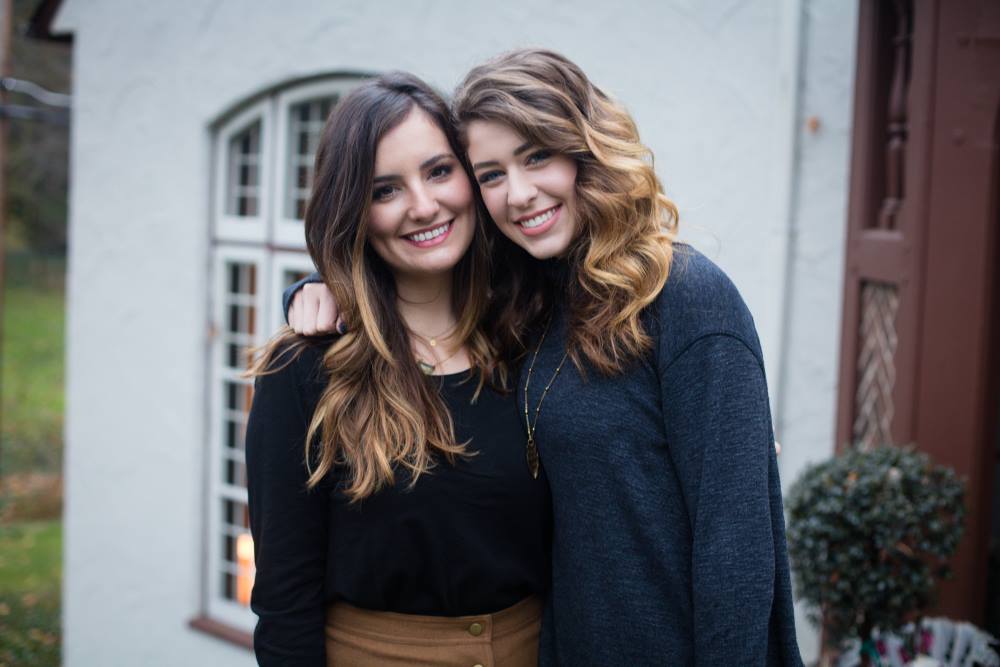 At the end of the month, I headed back to Michigan for my first family Thanksgiving in five years, at my grandmother’s beautiful home. It was absolutely perfect.

December marked the start of ski season, which I took full advantage of. I spent a weekend Beaver Creek and rented an Airbnb in Vail for two nights. Gah I love skiing so much.

I ended the month in Florida with the family, which is where I’m writing this now.

Looking back on this year makes me realize how wonderful my friends and family are and how fun life has been.

So often I find my mind swirling with anxieties – but when I take a step back, I realize how lucky I am to have the life I lead. (Sorry if you’re gagging – I guess I am a millennial after all.)

Thank you all for reading in 2016. I’m so looking forward to 2017, and wish you all an awesome holiday and even better new year.

Your turn! Tell me the highlights of your year!