This year I decided to finally run Bay to Breakers. I had watched the race from the sidelines in high school, but had never attempted running the course. It was time.

Bay to Breakers is a 12K race in San Francisco known for its wacky costumes and public nudity. Basically, it’s a 7.5 mile party.

Fun fact – Bay to Breakers started in 1912, making it the longest consecutively run footrace in the world.

For our costumes, my friend McCall and I decided to dress as piñatas, complete with candy to hand out to partiers. But due to poor planning, we looked more like six-year-olds at a princess-themed birthday party. I guess that’s why you don’t make your costume 45 minutes before the race. 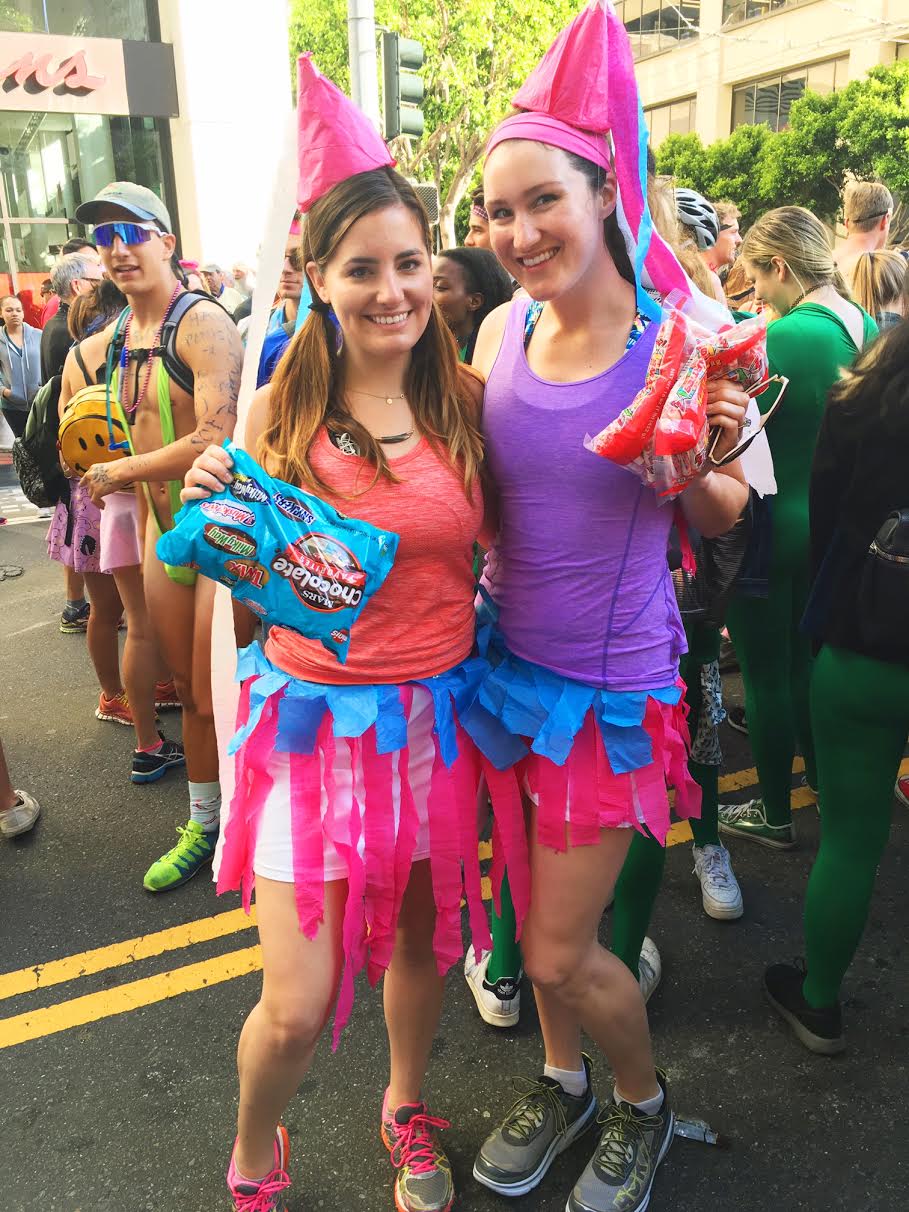 At around eight a.m., we headed to the financial district where the crowd was tossing beach balls and bizarrely, uncooked tortillas. 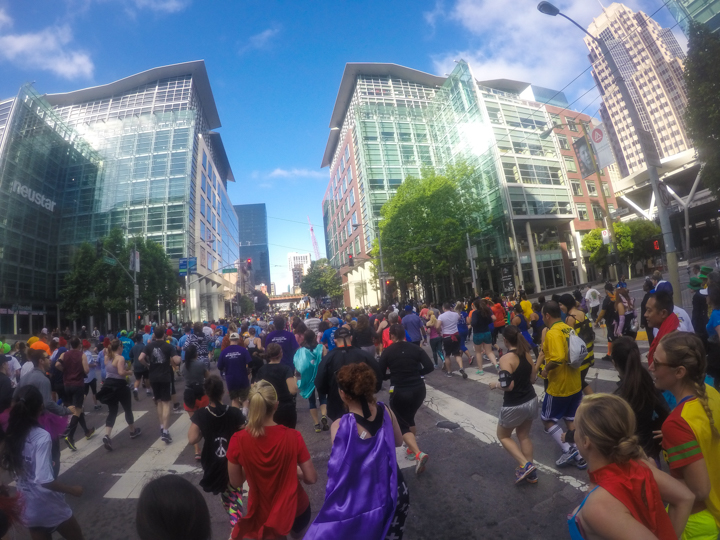 The first 2-3 miles were a breeze. Have I mentioned how much I love running at sea level? But at mile three, we approached the infamously steep Hayes Street Hill. Suddenly, my lackadaisical training started to show, and I got a horrible cramp in my side.

(It didn’t help that McCall is 5’11”, so I felt like a Jack Russell Terrier trailing after her.) 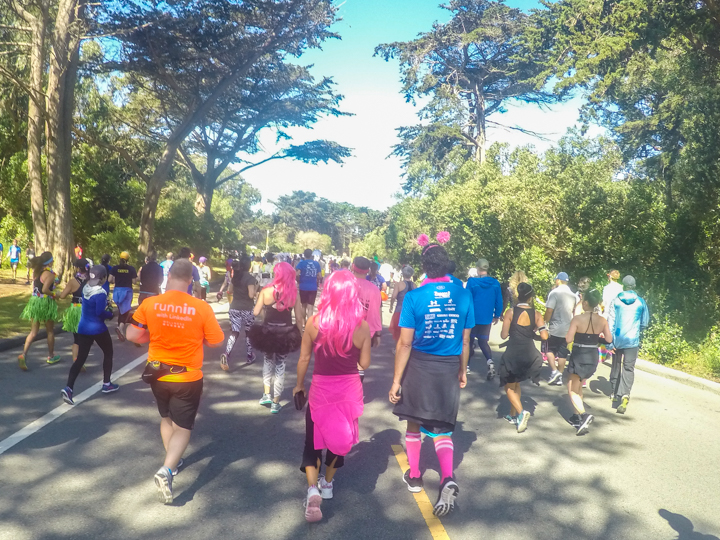 After the hill, I walked the rest of the race and soaked up the scenery. The scenery, of course, was gorgeous – from the colorful Victorian houses in Haight-Ashbury to the towering cypress and eucalyptus trees in Golden Gate Park.

Plus, a slower pace made people-watching easier. I loved all of the creative costumes: runners dressed as salmon “swimming” upstream, a group of guys sporting monkey costumes from the Bloodhound Gang’s Bad Touch music video, two ladies wearing pink cards with Hillary’s face and “the woman card” emblazoned on them. Ha.

And I nearly died laughing when I looked up and saw three Stormtroopers working out on ellipticals. Only in San Francisco.

While my costume was a fail, I still had a blast throwing candy to drunk people on the sidelines. Note to self – always run races with a big bag of chocolate in tow.

And it’s true what they say about Bay to Breakers – nudity abounds. I saw at least six or seven elderly gentleman completely in the buff. Lucky me.

After 7.5 miles, I was thrilled to finish the race. And while my time was nothing to write home about, I was still proud that I had run more than half the race. 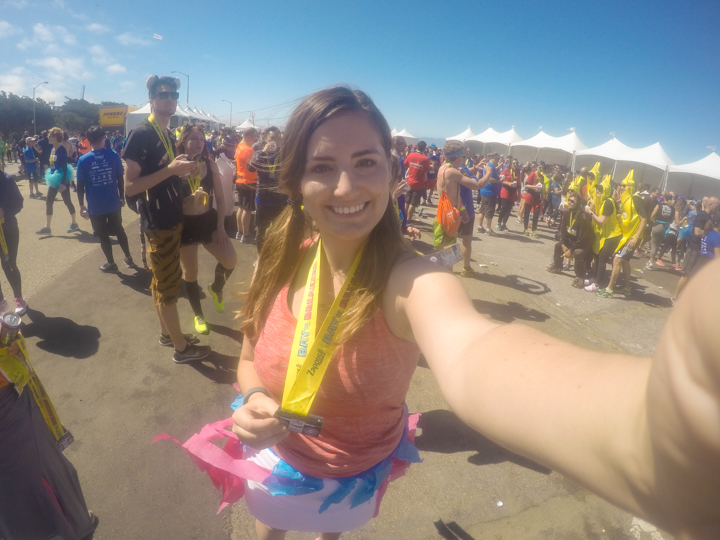 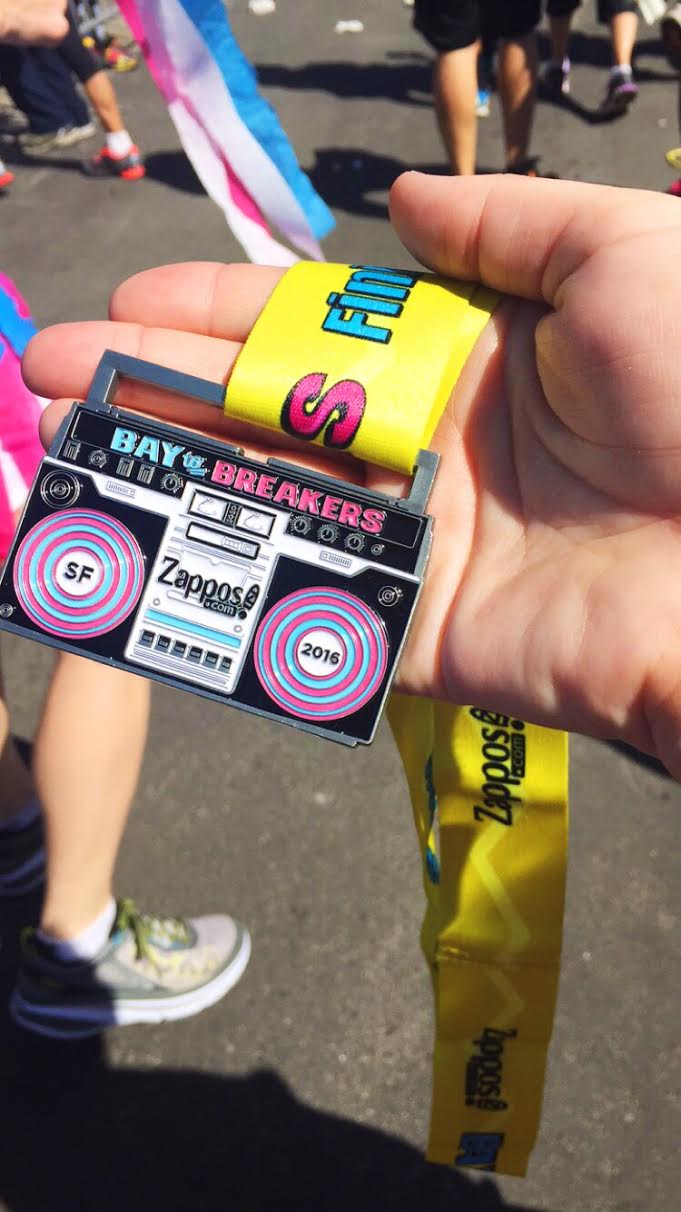 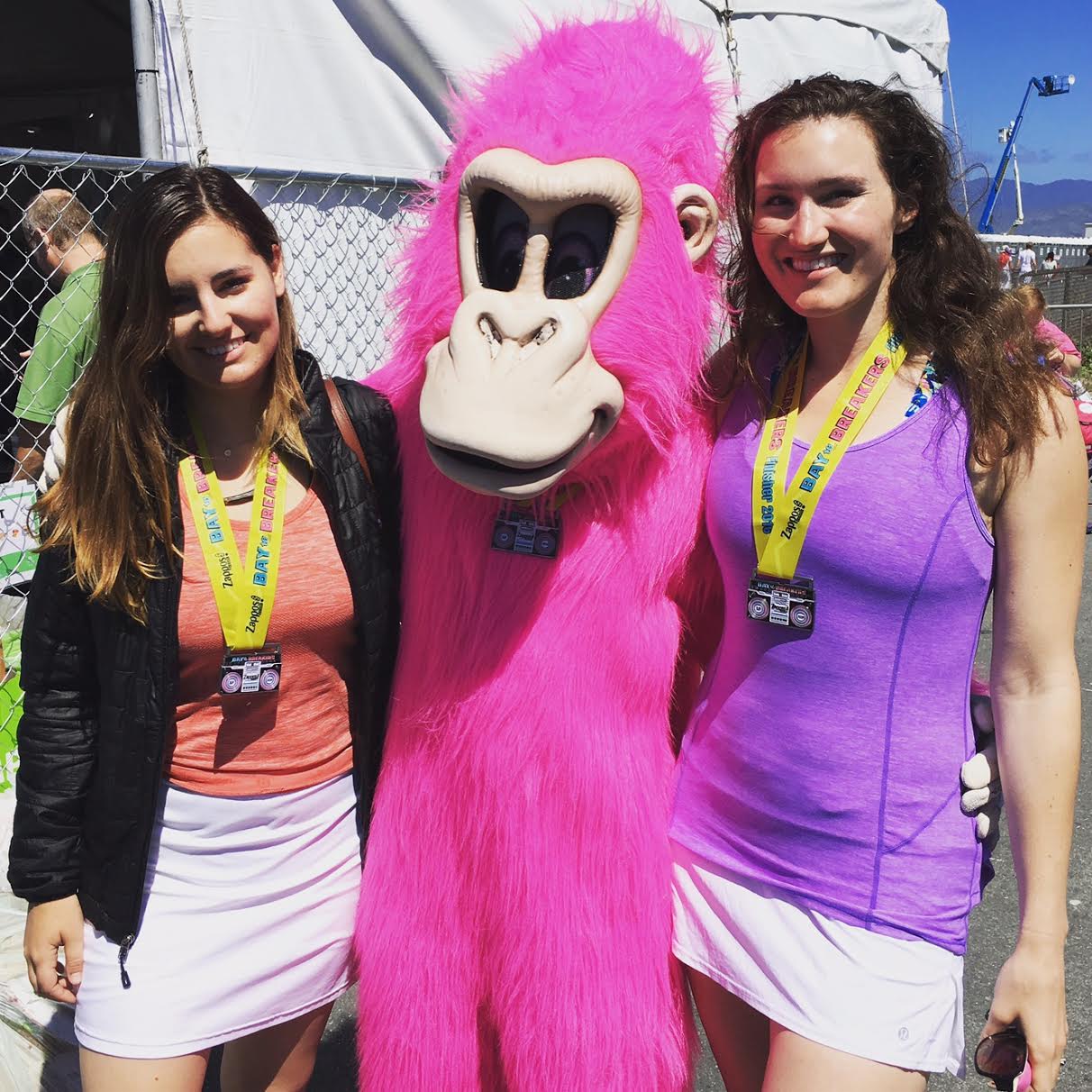 Overall the race reminded my why I love San Francisco so much: its rich history, its natural beauty, and its wacky and accepting community.

Also, I learned a few things at Bay to Breakers: pigtails are not my look, training for big runs is a good idea, and I 100% need to move to San Francisco one of these days.

Get your bib the day before and be prepared to wait in line. We waited at least 30 minutes for our race gear.

Parking is tough, so take an uber or the Caltrain if possible. More than 50,000 people run Bay to Breakers, so take the Caltrain or an uber is possible!

Dress up! Half the fun is the costumes, so get creative. I’d say about 80% of the runners are in costume, so you may experience FOMO if you’re not wearing something wacky.

Bring your headphones. A lot of people told me I wouldn’t need headphones, but a little pump-up music goes a long way when you’re starting to get tired.

Have you ever run a 10K? Would you run Bay to Breakers?