I had no idea of what to expect of Iceland. Thanks to Instagram, I knew of Iceland’s wild, rugged beauty. But beyond that, I assumed Iceland would be like Scandinavia: cold, blond, and organized.

Little did I know, Iceland is quirky, unique and unlike anywhere else I’ve been. 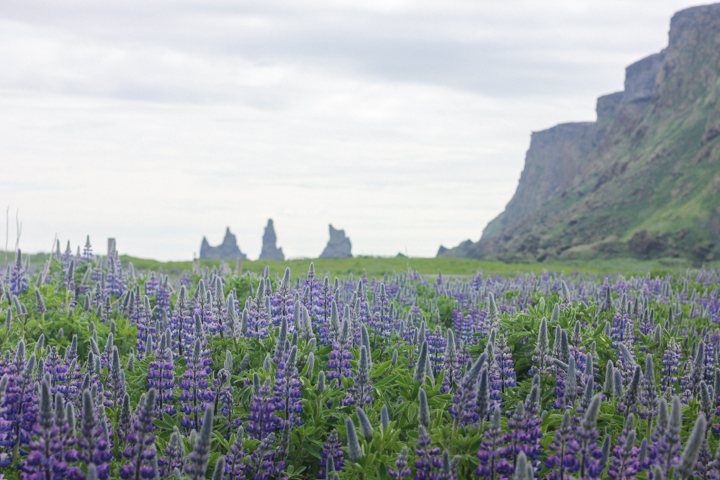 Normally when I go to Europe I’m most interested in the history – the Gothic cathedrals, the Baroque chateaus, the medieval villages. But Iceland doesn’t have much visible history. What Iceland does have is stunning landscapes, friendly locals, and delicious food.

So to kick off my Iceland coverage, I wanted to share what surprised me most about Iceland.

Iceland was something of a backwater until recently. 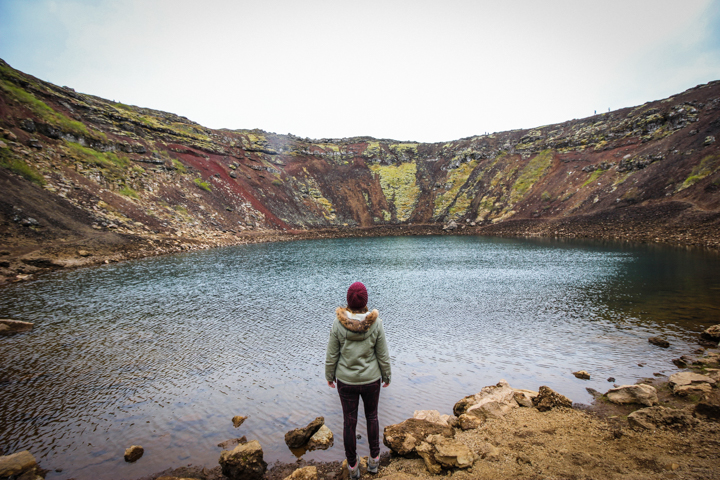 Until recently Iceland was a bit behind the times. Which makes sense – after all, Iceland is very remote and isolated.

While in Iceland, I learned alcohol was only legalized in 1989, and for most of the ’80s Iceland only had one TV channel. What?!

Bizarrely, dogs were illegal in Reykjavik until the 1980s – evidently the 1980s were quite the decade in Iceland.

Genetically, not much has changed since the Viking Age. 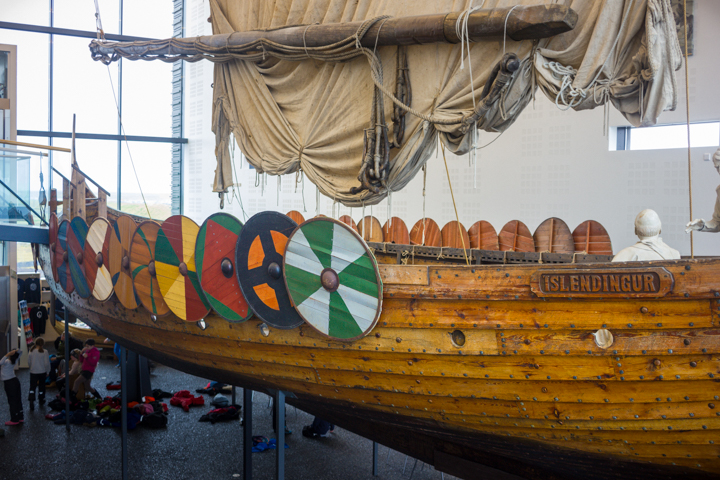 I found it super interesting that the Vikings came to Iceland about a thousand years ago and genetically, not much has changed. It’s almost like traveling back into time.

Even the horses are genetically the same as when the Vikings came over. This is because it’s illegal to import horses to Iceland, and once an Icelandic horse leaves, it can never come back.

The food is amazing.

I was thoroughly impressed with the food in Iceland. The seafood is unbelievable, especially if you like smoked fish. We splashed out for a nine-course seafood extravaganza at Fiskmarkadurinn and loved every course. (Well, except for the minke whale, which was stinky, gamy and chewy – not recommended.)

And the lamb we tried at Apotek was some of the best I’ve ever had. Apparently most lamb in Iceland is free-range which allows the lamb to eat local grasses and herbs – hence its amazing, unique flavor.

if you’re like me and are a huge fan of lamb and seafood, you’re going to love Iceland’s food scene.

I figured Iceland would be safe, but I underestimated just how safe. When we arrived at our Airbnb, our host told us, “We rarely lock the apartment, so don’t even worry about it.”

And while walking around Reykjavik at one a.m. we felt perfectly at ease. This was partly because it was still light out – the midnight sun is no joke! 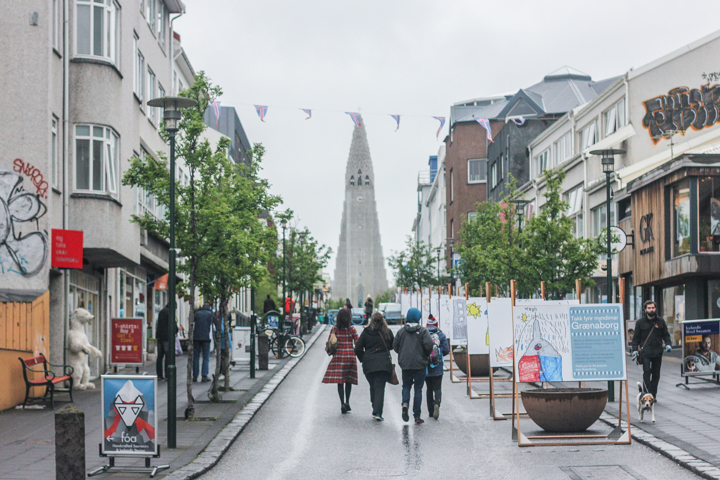 Reykjavik, the capital, is the largest city in Iceland. That being said, it’s tiny – even tinier than I had imagined. My travel buddy from the East Coast said, “This could honestly be a fishing village in Maine.” 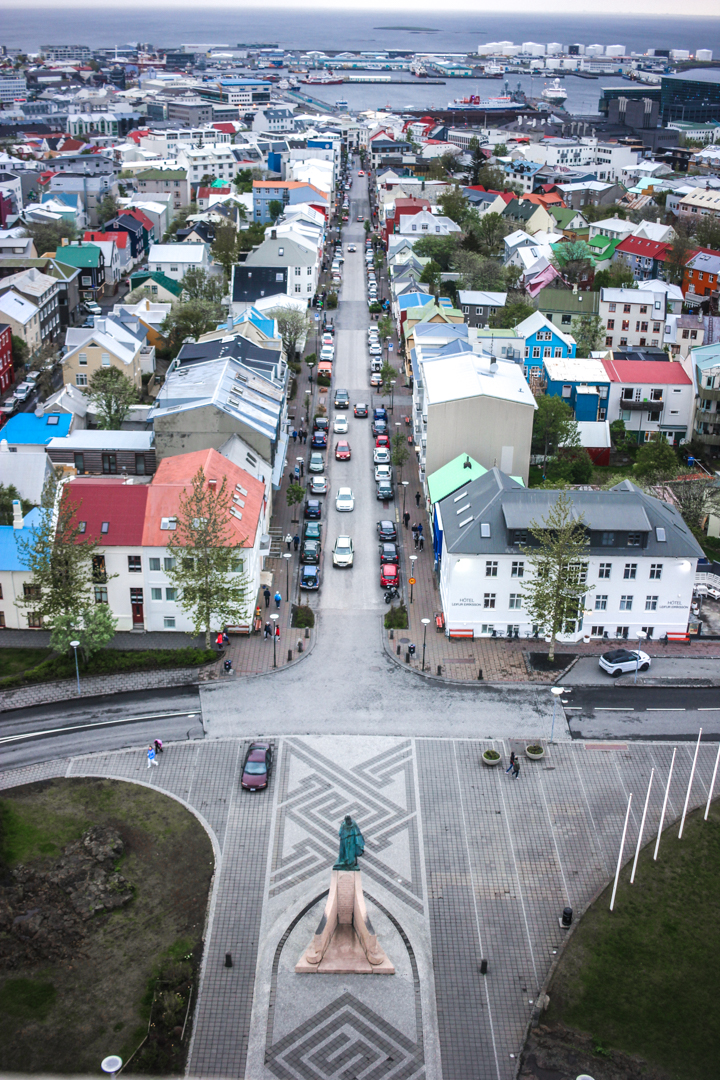 Granted, it’s a really nice fishing village. It was clean, parking was plentiful, and the locals were friendly. And although it was touristy, it was cute and artsy – I’ve never seen more boutiques, wool shops, and galleries. We even spotted a shop entirely devoted to puffins. #OnlyinIceland

A capital that is stylish, modern, and puffin-obsessed – what’s not to love about that? 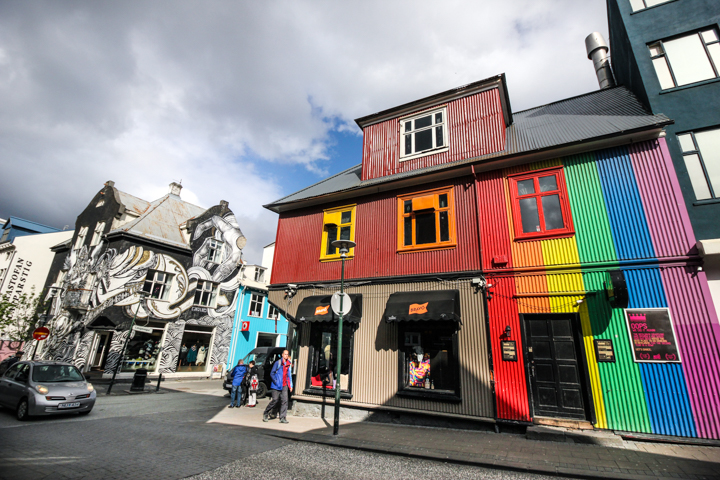 Our Airbnb especially gave me hipster goals. Our hosts had Chemex coffee makers, brass lamps, and stacks of Kinfolk. It almost felt like we were staying in the Hipster Barbie’s dream house. 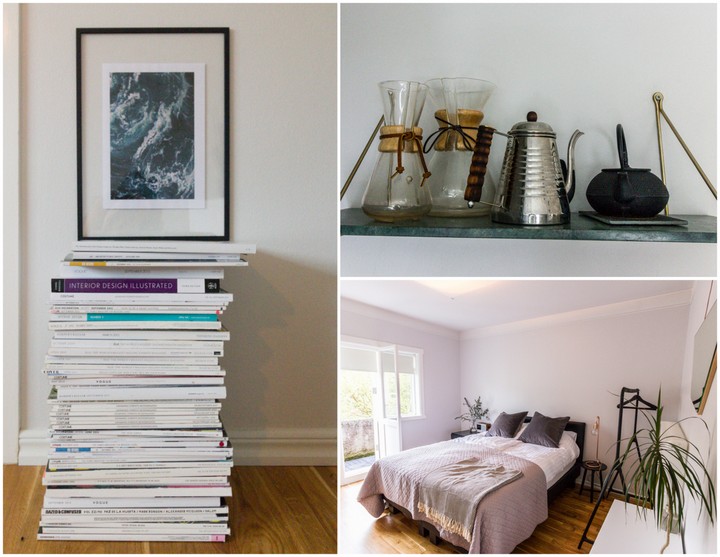 Not all of Iceland is beautiful.

Newsflash – some parts of Iceland are kind of ugly and desolate. But due to Instagram, I had super unrealistic expectations of Icelandic landscapes.

Some parts of Iceland look like the moon, particularly the fields near the airport. I don’t know what I was expecting – waterfalls off every exit? But I was surprised by the barren lava fields and windswept plains I often saw.

The people are super creative. 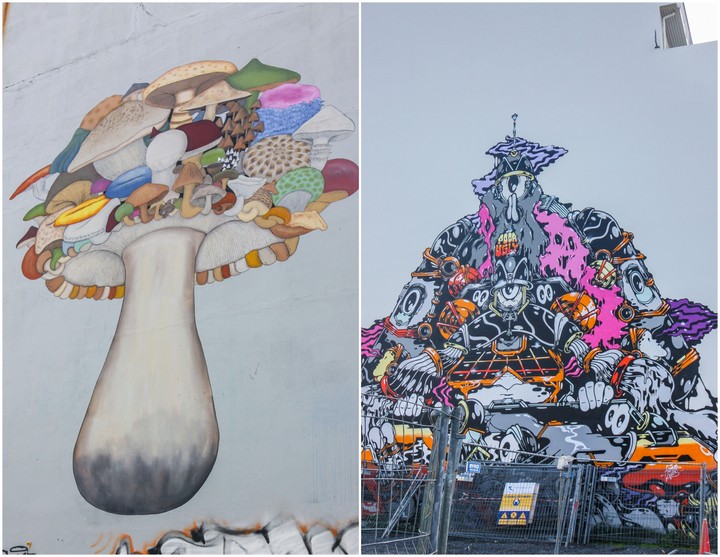 It seemed every Icelander we met wore many hats. For example, our food tour guide was an architect, artist, and tour guide. She also mentioned that she got a governmental stipend because she was an artist. What?

Did you know that per capita Iceland has the most authors in the world, the most Nobel Prize winners, and the most musicians? It also has the highest literacy rate and the best gender equality (this is a fascinating article about motherhood in Iceland).

I wish all countries placed such a high importance on art, literature and women’s rights.

The architecture is mostly depressing. 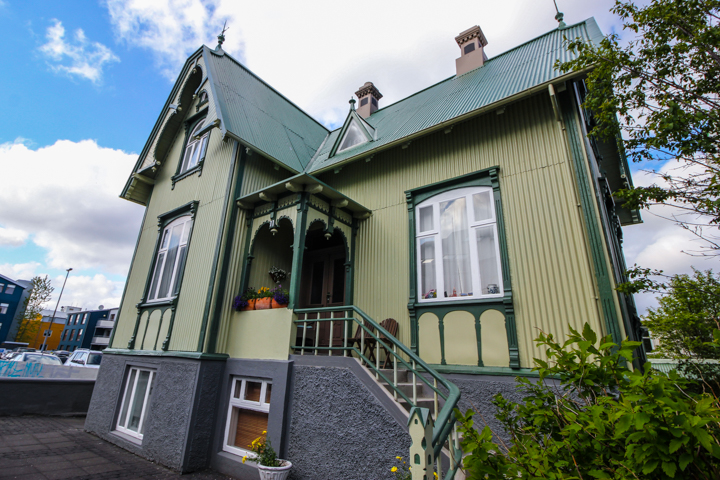 The one highlight? HARPA, Reykjavik’s concert hall and conference center. HARPA was a photographer’s dream. The exterior draws inspiration from basalt columns, and the inside looked to me like fish scales. 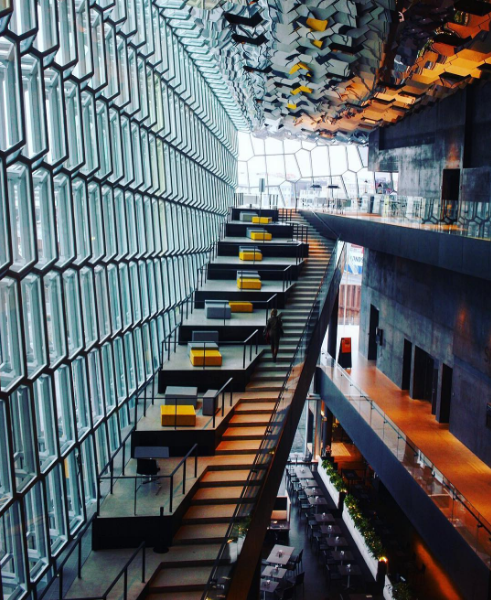 The tap water is vile.

I was surprised by how gross and sulphuric the tap water in Iceland was. But considering how much geothermal energy Iceland produces, it’s not surprising.

And the gas station hot dogs are as good as the say.

Um guys – if you’re looking for a cheap meal in Iceland, go to the gas station. There you can have a delicious bacon-wrapped hot dog made mostly with lamb and topped raw white onions, crispy fried onions, ketchup, and sweet brown mustard.

And the gas station ice cream was some of the creamiest, most divine soft-serve I’ve ever tasted. (Words I never thought I’d say). 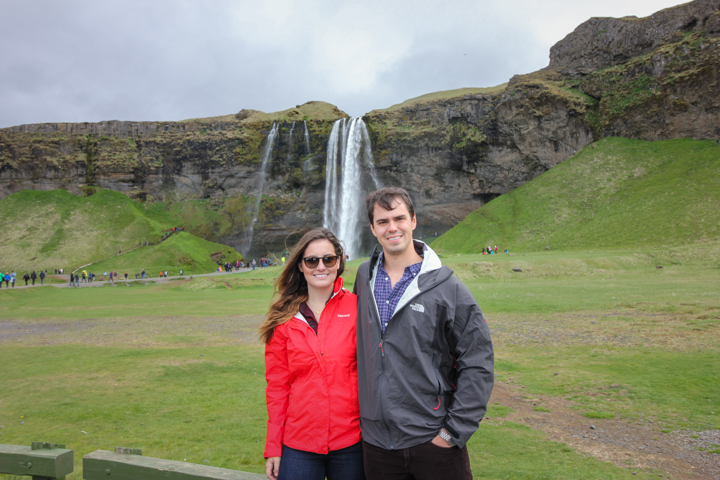 Have you been to Iceland? Did you notice any of the same things I did?

Where to eat: Our favorite restaurants in Reykjavik were Fishmarkadurinn, Apotek, and Old Iceland Restaurant. We also LOVED our Reyjavik Food Tour. Full review coming soon!

What to see: Check out beautiful HARPA and the views from the top of Hallgrimskirkja, Reyjavik’s modern and very tall cathedral.

Where to stay: I absolutely loved my one-bedroom Airbnb apartment. It’s no longer available but it seems like you can get a much better deal with Airbnbs in Reyjavik than hotels or even hostels. Get $35 off your first Airbnb stay here.

What to read: To better understand Icelandic culture, I’d recommend reading The Geography of Bliss. It helped me understand why Iceland is one of the happiest and most creative countries in the world.