I’m not sure I’ve mentioned this much but basically, all of my friends in Paris are English. (So um, having a French group of friends was a total fail. Sue me.)

So this summer I planned a road trip to visit them all, as well as to indulge my Harry Potter fan nerd-dom and pretend to be Bill Bryson. (Have I also mentioned that I’m newly obsessed with Bill Bryson? He’s hilarious and brilliant.)

That was until I took a quick look at my Southeast Asia trip savings and realized there was no way I could afford a two-week road trip in England as well as a five-month backpacking trip in Asia. No way at all.

And thus my epic U.K. road trip must be postponed until next summer… but it will be happening eventually! Here’s the rough outline for my trip. 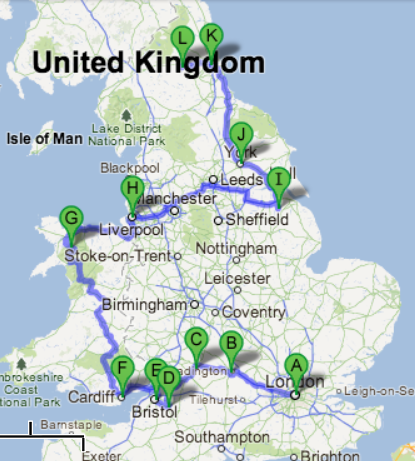 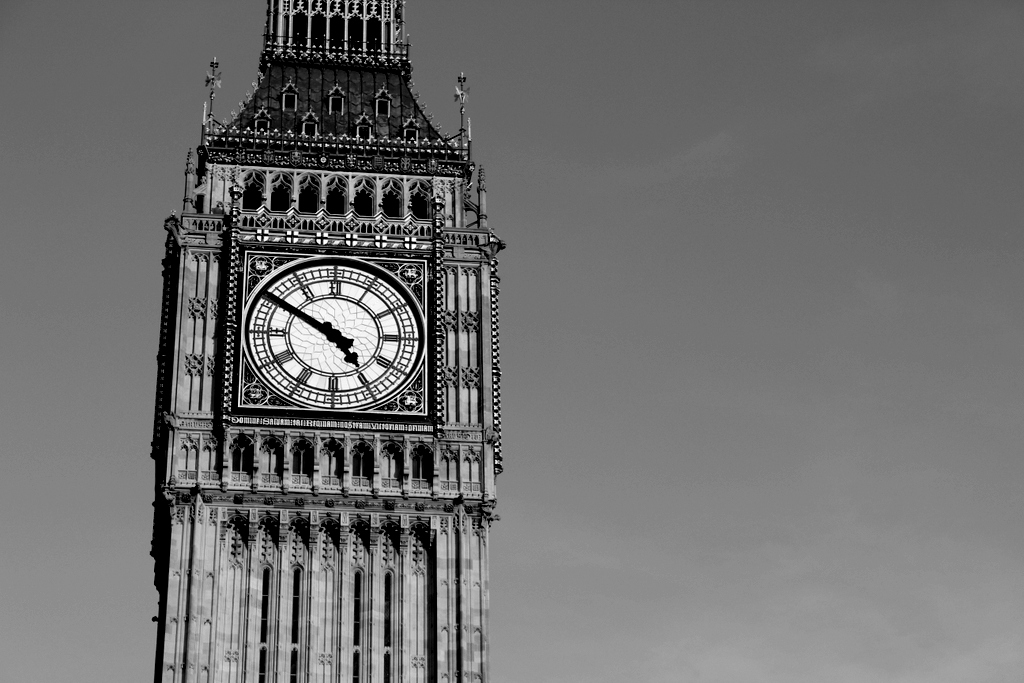 I planning on beginning my trip with a city I have already fallen in love with- London.

From great museums like the Tate Modern and the British Museum to trendy neighborhoods like Shoreditch and Canary Wharf, there is so much in London I have yet to explore.

I’m planning on staying in London with my friend Victoria, a London native who lives just outside of the city. Victoria is actually the one who will be my travel buddy in Southeast Asia! We met in Paris while she was living here for a few weeks so you may remember her from posts such as this one and this one.

Next stop- Oxford. I know Oxford’s a respectable university town, but I mainly want to go there because the dining hall from Harry Potter is located there. Nerd confession- I love Harry Potter and as a child, I wanted to be cast as Hermione Granger in the movie. True story.

I have wanted to visit the Cotswolds ever since I saw the probably-not-very-good-but-still-very-enjoyable chick flick The Holiday back in high school. I would especially love to rent one of the Sykes Cottages there for a week or so and enjoy a clotted cream and scone-filled writer’s retreat.

Bath’s main draw is, of course, its Roman bath complexes- but beyond those Bath seems really interesting considering it’s a UNESCO World Heritage Site site with more than 2,000 years of history.

Hometown of street artist Bansky, my Lonely Planet guide describes Bristol as “one of the southwest’s most creative corners” where you can find “live music, theatre and art scenes.” I’d love to hunt for some of Banksy’s earlier works there, which I’ve heard you can spot around the city.

I have no real reason to visit Wales other than I’ve heard the Welsh countryside is pretty and allegedly I’m of Welsh descent. But yet the country intrigues me; I’ve ever met a Welsh person and according to Bill Bryson the Welsh language sounds like “martian.”

I would first head to Cardiff to see the mock-Gothic castle many have summed up as “bizarre”, and then spend a few days hiking the rugged Snowdonia National Park.

Beatles’ history, great nightlife, and a really cool Liverpudlian accent? Sounds like a happy couple of days to me. Liverpool, which was 2008’s European Capital of Culture, has attractions of interest such as the International Slavery Museum and Beatles Story.

My good friend Lauren lives on a horse farm in Yorkshire, so our visit would involve sipping tea and riding horses all day, preferably in tweed. She’s also promised me that we would visit the country manors in Yorkshire, which will hopefully sate my Downton Abbey obsession.

This would be more to torture Lauren than anything, considering Blackpool is like the Jersey Shore of Northern England. Gwahaha.

I’ve heard so much about these trendy towns of the north that I finally need to go. Apparently, York and Newcastle offer lots of great live music and pubs, and York especially has lots of beautiful medieval architecture.

The Romans built Hadrian’s Wall nearly 2,000 years ago in order to keep out the indomitable Picts. (See, the Scottish have always been tough!) I would love to spend an afternoon soaking up Roman history while walking or bike-riding along sections of the wall.

And what about Scotland and Northern Ireland?

I’ve actually been to Scotland and absolutely loved it. Back in 2011, I tasted (and enjoyed) haggis in beautiful Edinburgh, then took a train to the wild and wind-whipped Isle of Skye and finally headed to St. Andrew’s to visit a friend who was going to university there. (I really need to blog about that sometime!)

And I’ve been meaning to get to Belfast to visit an Irish guy I met last year in Dublin, hike Giant’s Causeway, visit the Titanic Museum and take the Black Taxi Tour.

Obviously, my travel plans will depend on my resources, but I will hopefully be able to visit England, Wales, Scotland, Ireland and Northern Ireland in one trip- I’ve been to the British Isles on six occasions now and am always excited to go back!

But wherever I go, I intend to knock a few items off of my British bucket list, including enjoying a high tea with clotted cream and scones, riding horses around the countryside, sipping pints at the pub and finally having Sunday lunch (bonus points for Yorkshire pudding.)

Where are some of your favorite places in the U.K.?