On my my fairly budgeted French road trip with my mom and my sister, I knew there was one destination where we would have to go all out- Biarritz.

Biarritz is a French resort town known for its glitzy past as a 19th century seaside destination, when it was graced by European royals such as Queen Victoria and American royals such as the Vanderbilts.

And it turns out that Biarritz’ posh reputation remains intact to this day. As a French friend told me, “The Côte d’Azur is so passé, it was cool in the 1950s but not anymore. Now it’s much more chic to go to Biarritz.” 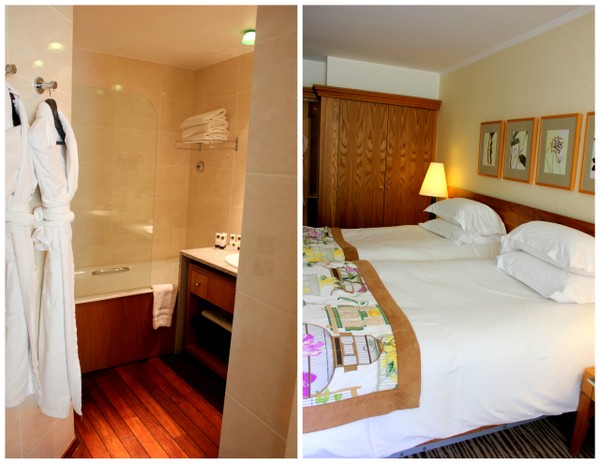 (Don’t worry, I haven’t changed my ways- being the off season the room was still a fraction of its normal price.) 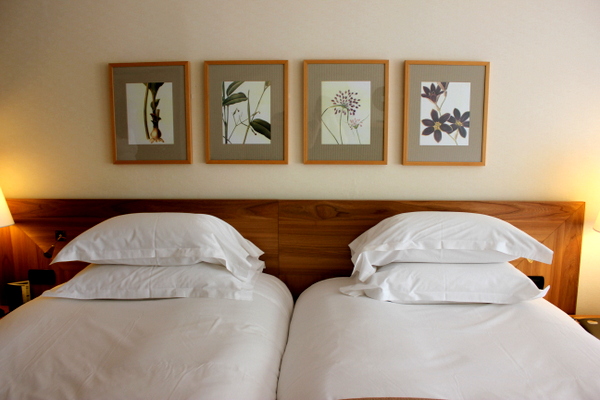 Due to our snazzy new suite, I’m afraid we didn’t see much of Biarritz for our first hours in the city- while my mom napped under the extraordinarily comfortable down comforters in our room, my sister and I took a dip in the heated, outdoor, salt-water swimming pool, which boasts views of the entire bay.

When the cold winds finally forced us out of the water (evidently outdoor swimming pools in April are still kind of iffy!) we made our way down to the beach and watched the surf crash to the shore while soaking up a little much-needed sun. If memory serves me well, the beach kind of resembled California. 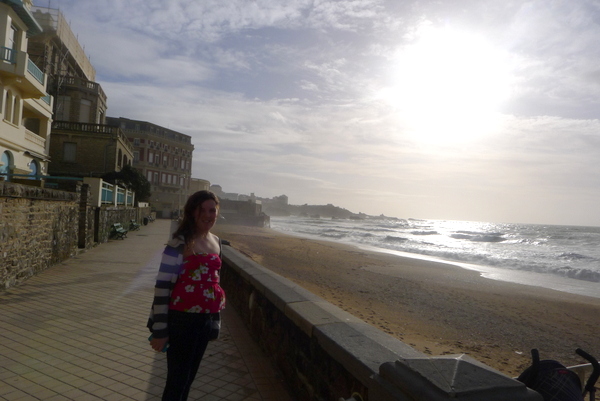 But we certainly weren’t in California- Biarritz is located in French Basque country after all. From the traditional red and green Basque homes to the Christmas-colored Basque flag waving proudly in the fierce Biarritz wind, we spotted telltale signs of the Basque region all over. 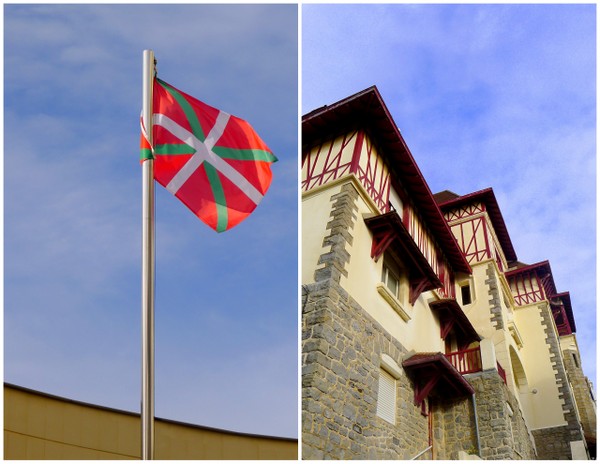 After a little wave-watching it was time to find some grub. 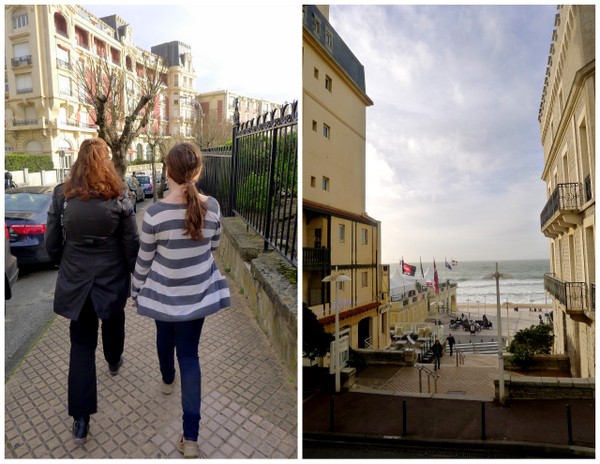 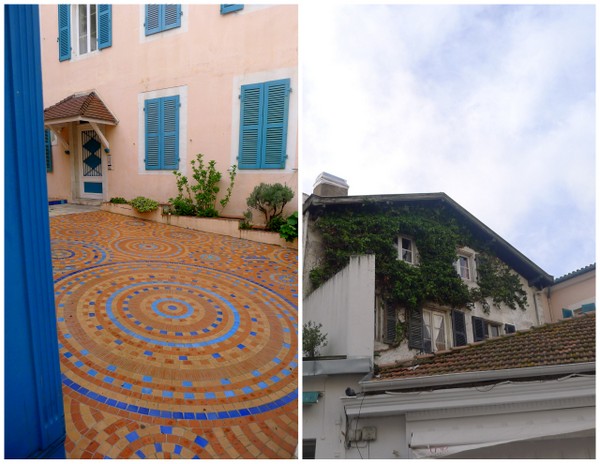 Before leaving the hotel, our extremely helpful concierge recommended us several restaurants, many of which I suspected were over-priced and touristy. I used the basic but effective, “Um, that’s nice, but where do people who actually live here eat?” He immediately pointed out Bar Jean on the map, a traditional Basque pintxos bar. 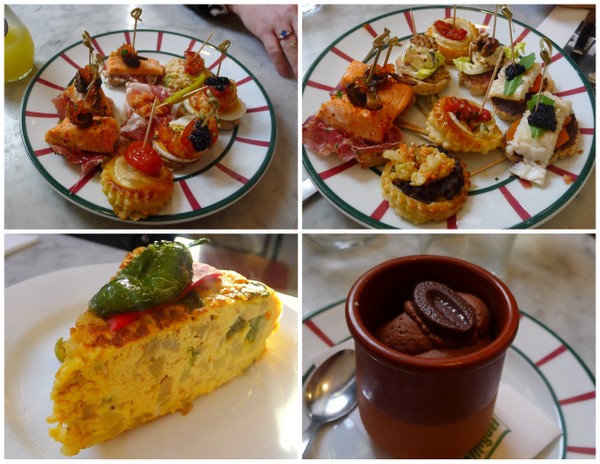 Pintxos are essentially the Basque version of tapas, only they are often served on bread and in smaller portions. Most pintxos are served at the bar and skewered with a toothpick (hence pincho being Spanish for spike.)

It was my first time having pintxos, and the honor system style of paying intrigued me- do they really charge you by counting toothpicks you used?

(My more devious side wondered about this arrangement- wouldn’t customers simply hide the toothpicks?) 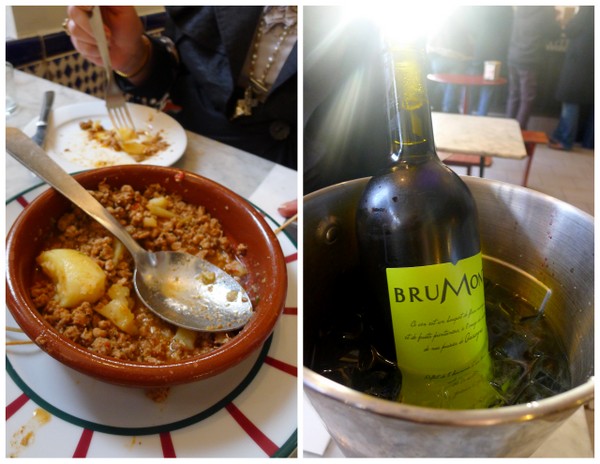 Besides great food, the bar also offered a young, lively atmosphere, reasonable prices and devilishly handsome waiters (they sure grow ’em cute down in Basque Country). 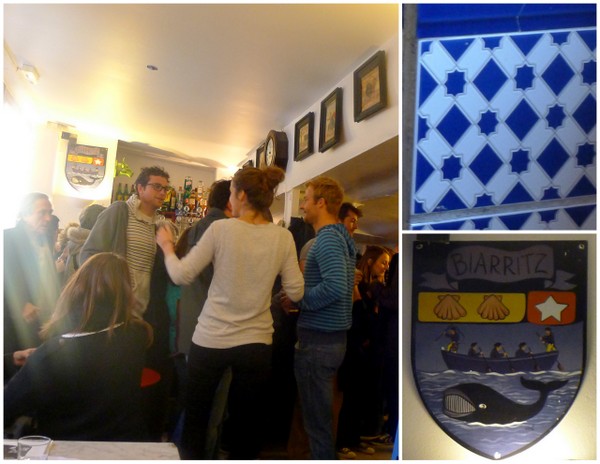 Due to my mother’s Midwestern insistence on eating dinner at 7 pm, we were still able to enjoy the sunset after dinner. 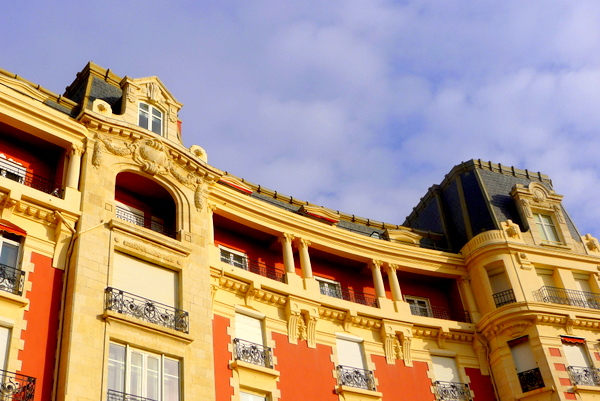 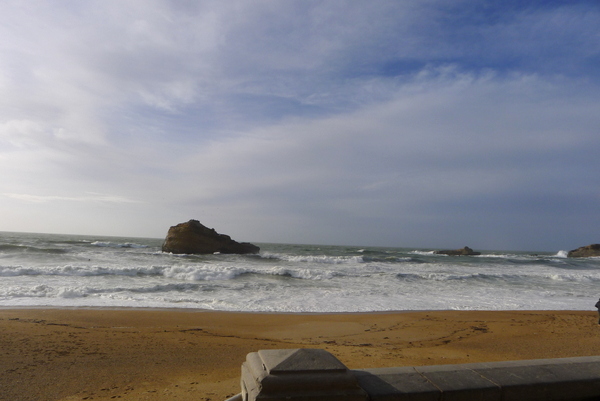 The rough waves around Biarritz lend themselves to an intense surfing scene- there’s even a surfing festival there every summer! 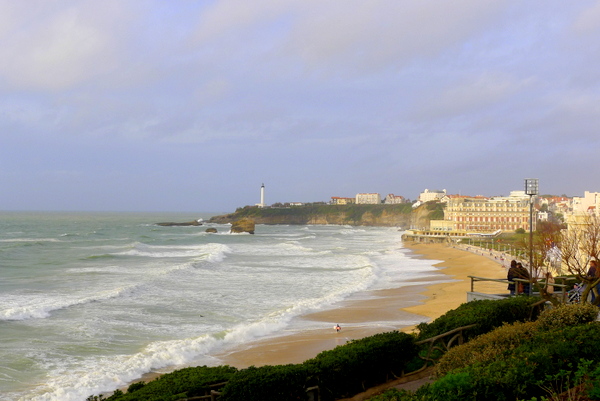 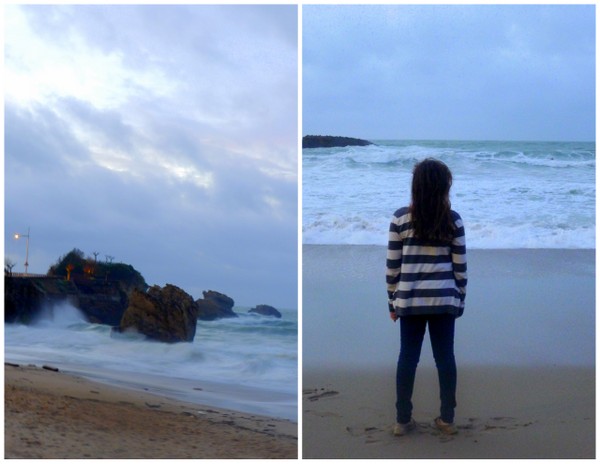 As sunset faded, my sister and I precariously stood on the rocks in order to take a few dramatic Instagram shots. 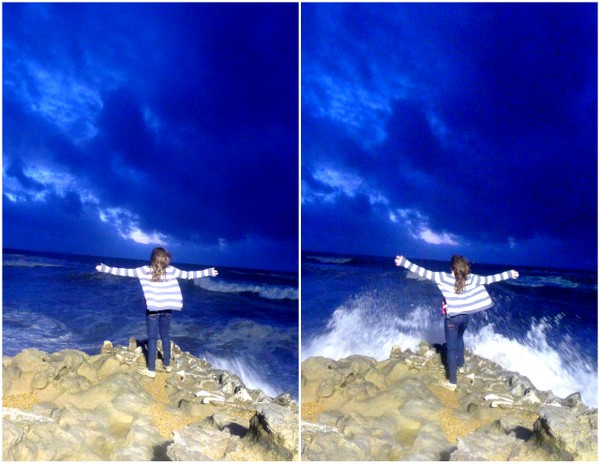 And on our final morning in Biarritz, we whiled away the hours shopping along the palm-treelined boulevards. My little sister made her big purchase of the trip- a navy blue Longchamps tote in which to carry her schoolbooks. (Note for all retail addicts- Longchamp is a lot less expensive in France than in the U.S.) 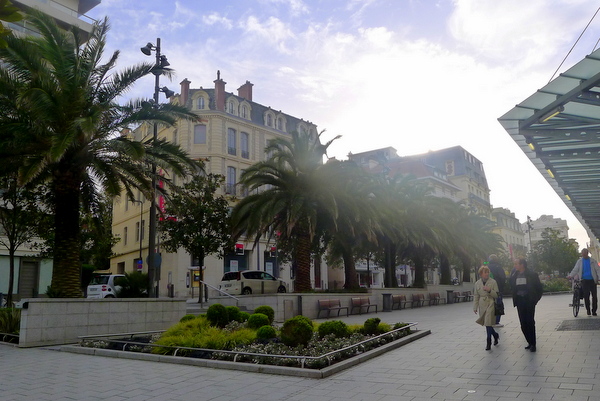 Do you ever take a break from budget travel and splurge for a night?

6 thoughts on “Getting Ritzy in Biarritz”