I’d wanted to visit the north of England for years. Maybe it’s because most of my English friends are northern, or because I’m obsessed with medieval British history or heck, because I love Game of Thrones (the Starks, anyone?). Regardless, I knew I’d have to venture north during my three weeks in England.

Going north also meant visiting Lauren, one of my good friends from my Paris days! (You may remember her from posts such as this one and this one.)

I found a lot to love up north, from the incredibly friendly people to the winding medieval alleyways of York.

Here were my highlights from my long weekend in the North of England. 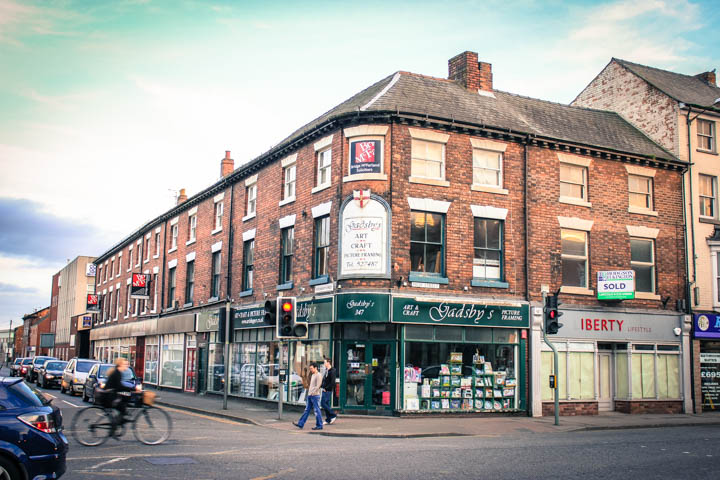 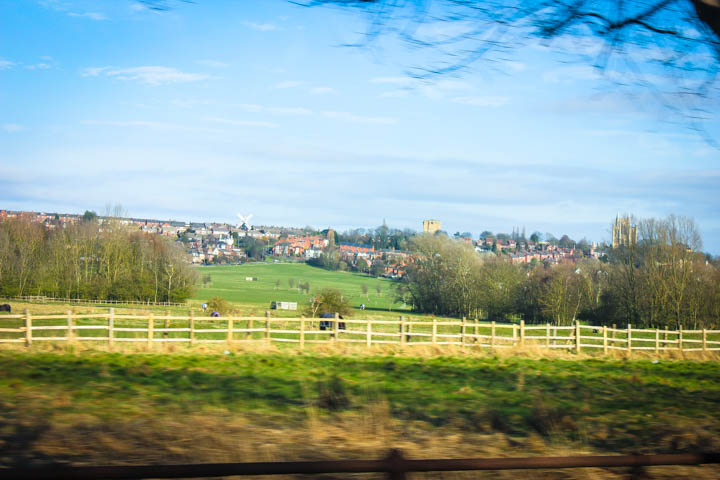 The train ride up north was as quaint as a train ride through the English countryside ought to be.

I scribbled down notes as I gazed out the window: Back and white magpies flying low over barren fields, bales of hay stacked like wine barrels, work-horses with muddied legs, a man in a black blazer walking a small white terrier.

Also, blessedly, there were no billboards. America, we need to follow suit.

A Hilarious Night Out 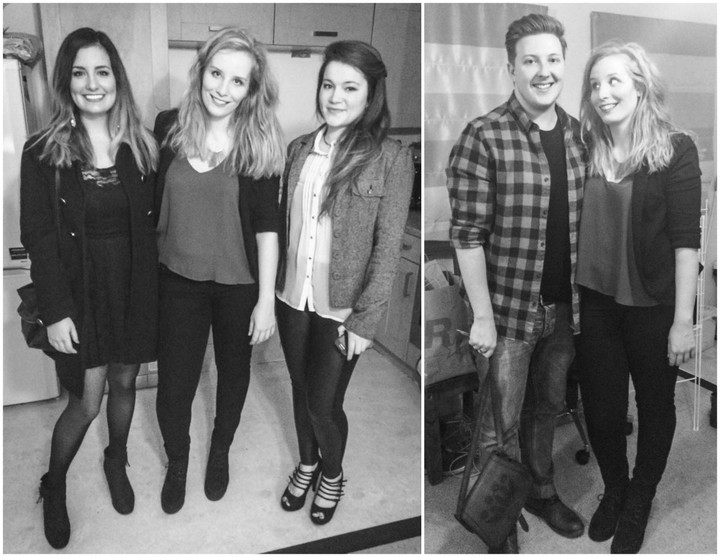 While in Lincoln we had a fantastic night out which featured pre-gaming with Cards Against Humanity, swing-dancing to metal at a trashy local club called Cubes, scarfing down kebabs in the street at 2 a.m and me declaring one poor girl the next Margaret Thatcher. (My drunk brain thought this was a compliment, evidently.)

Also I really enjoyed playing Cards Against Humanity because I won like five times, and when I play in the states all of my jokes are fails. Clearly this is a sign, guys.

So, crumpets are a real thing. Who knew? And they’re also the best thing ever- like spongy English muffins that soak up buttery beautifully.

Is it weird one of my travel goals was to have cream tea in England? Whatever. 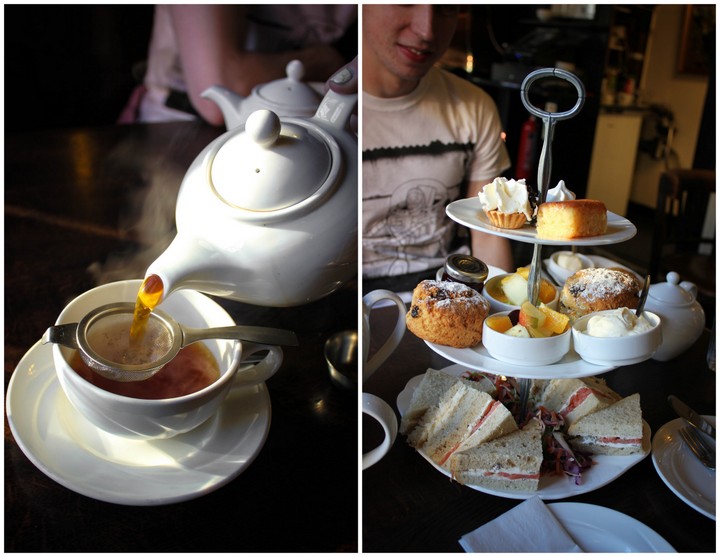 It turns out cream tea is every bit as good as I expected: piles of buttery scones, moist lemon cakes and the best smoked salmon and cream cheese sandwiches ever. And for only £9, what a steal! (Good luck finding cream tea in London for that price.)

Plus, the tea shop we visited couldn’t have been more adorable; a quaint, timber-framed address with views of the river.

Exploring Lincoln and Visiting the Cathedral 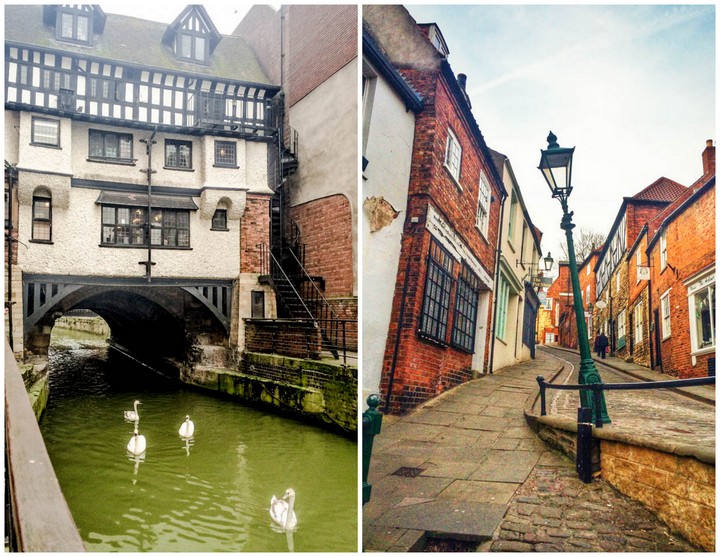 When I arrived in Lincoln, I was surprised to see it was as flat and green as my native Michigan.

And though I had somewhat imagined a Billy Elliot-esque town, Lincoln is a small, well-to-do city with an 11th-century cathedral jutting above the other buildings.

One must-do in Lincoln: Trekking up the Steep Hill to reach the cathedral. (Plus, Steep Hill looks just like Hogsmeade.) And once you’re inside the cathedral keep an eye out for the Lincoln Imp!

Sometimes when you travel you crave the mundaneness of  la vie quotidienne.

Which is why I relished the normal things in Lincoln: grabbing Indian take-out, eating duck ramen at Wagamama’s, spending a lazy Monday seeing the (fantastic) Grand Budapest Hotel, doing nothing but watch War Horse and Orange is the New Black one day when Lauren was at work.

Yep, I’m such a good traveler.

Being a history nerd, I couldn’t skip out on one of England’s most historically important cities, now could I?

So I was delighted when Lauren suggested driving up north to York on Sunday. York is also where Lauren and our friend Victoria went to college (or uni, as they would say).

As it was Sunday, we had Sunday roast at Evil Eye. And I nerded out about trying Yorkshire pudding for the first time IN Yorkshire.

Overall I enjoyed Sunday Roast, but I won’t lie- I still think Thanksgiving dinner trumps it by a mile. 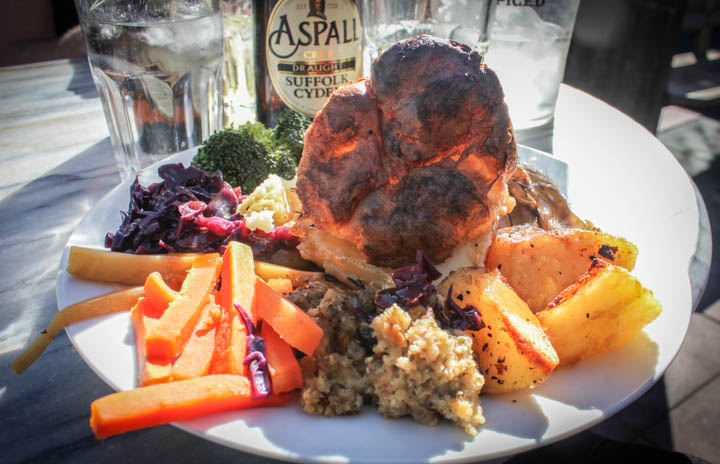 I enjoyed every second we spent exploring York. From peeking into a few shops… 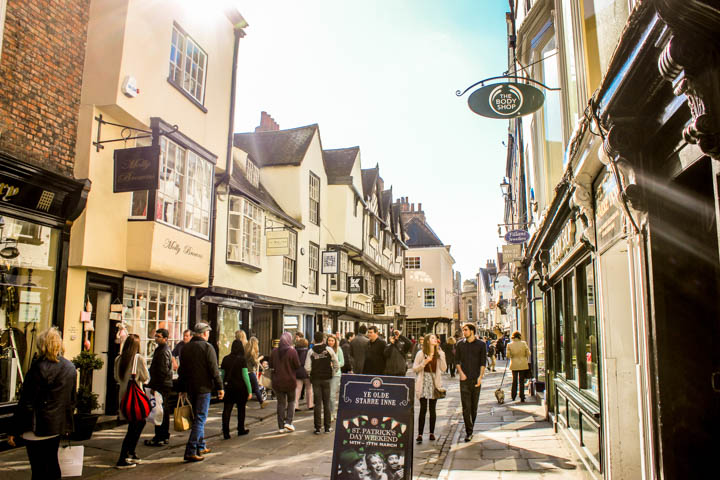 To shooting a fake band album cover at the York Minster… 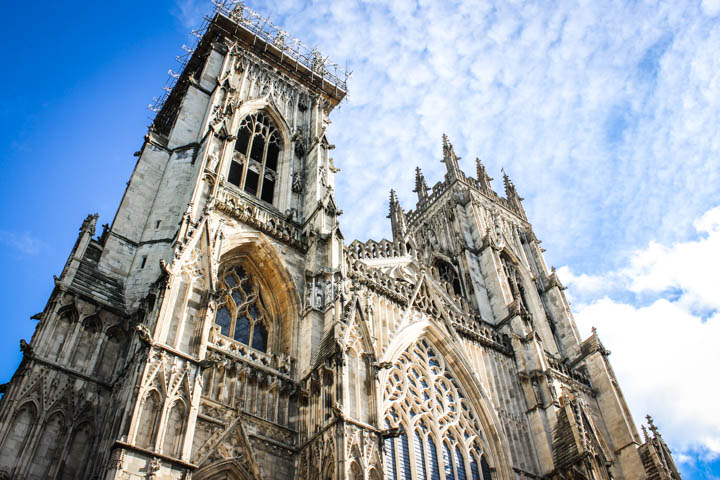 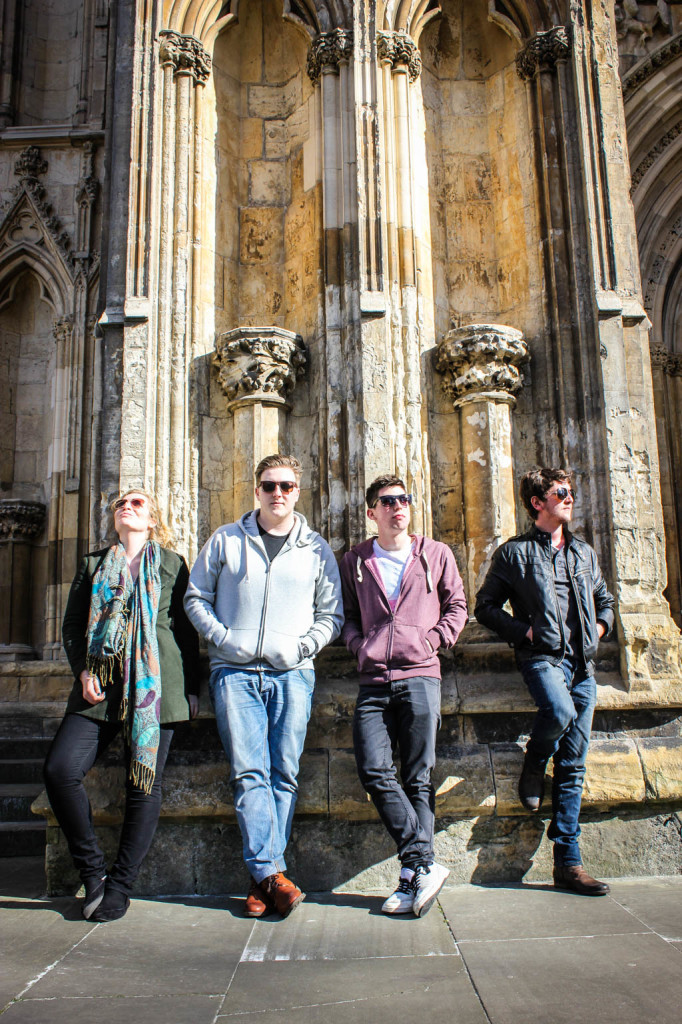 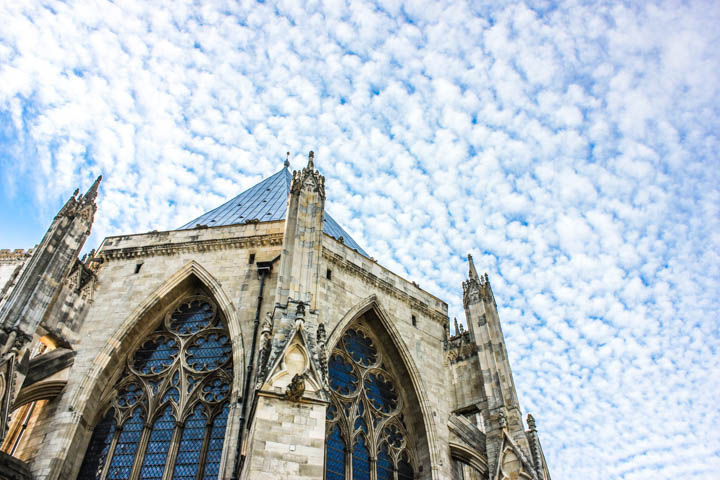 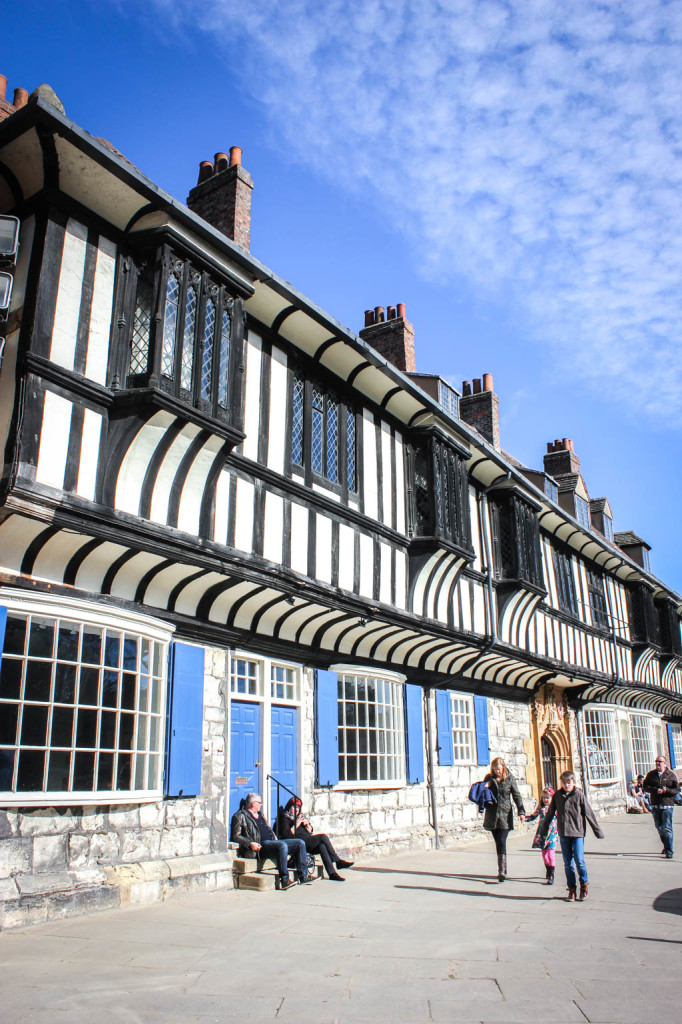 to strolling down the narrow street called The Shambles… 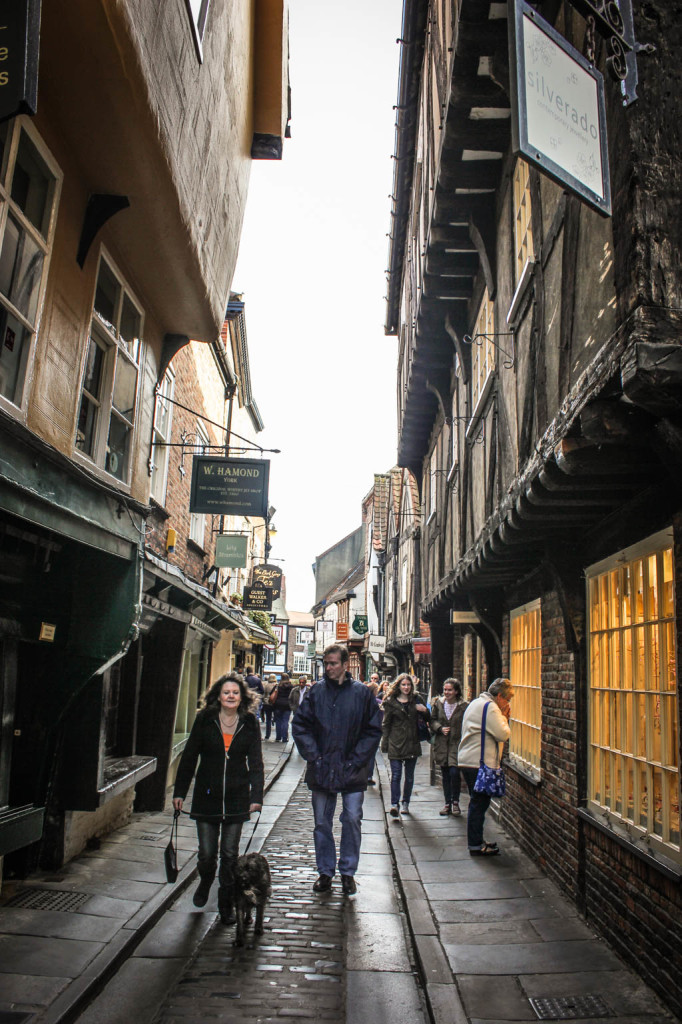 To retreating for tea at the House of Trembling Madness, or as it is known locally, Delirium Tremens. Delirium Tremens is a medieval drinking hall, the first Norman house built in York in 1180 and constructed with 12th century ship beams.

Also, everyone was incredibly cavalier about the fact that we were drinking tea in a 12th century drinking hall. I love England. 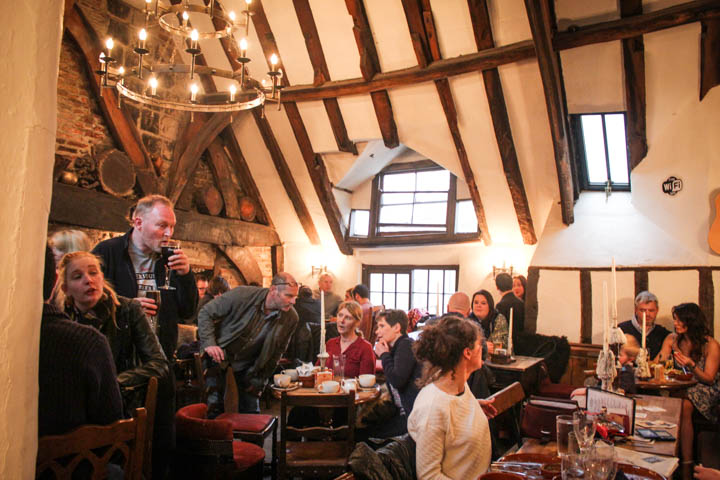 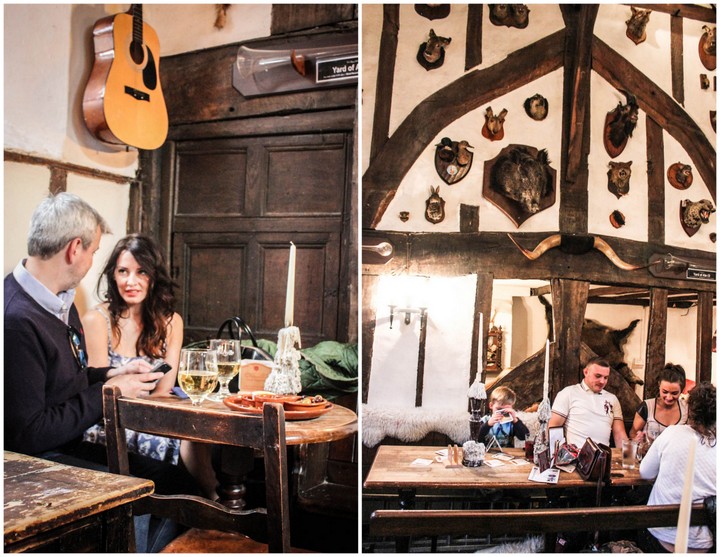 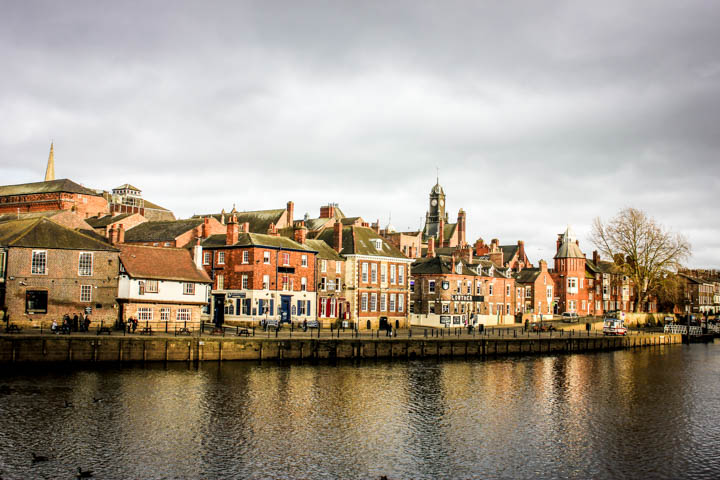 Have you ever spent time in the North of England?

I used thetrainline.com to book my train to Lincoln and it only cost me £ 11.25 for a one-way ticket– so inexpensive! Just to note this is not a sponsored mention- I was honestly so surprised by how cheap it was.

23 thoughts on “Finally Journeying to the North of England”