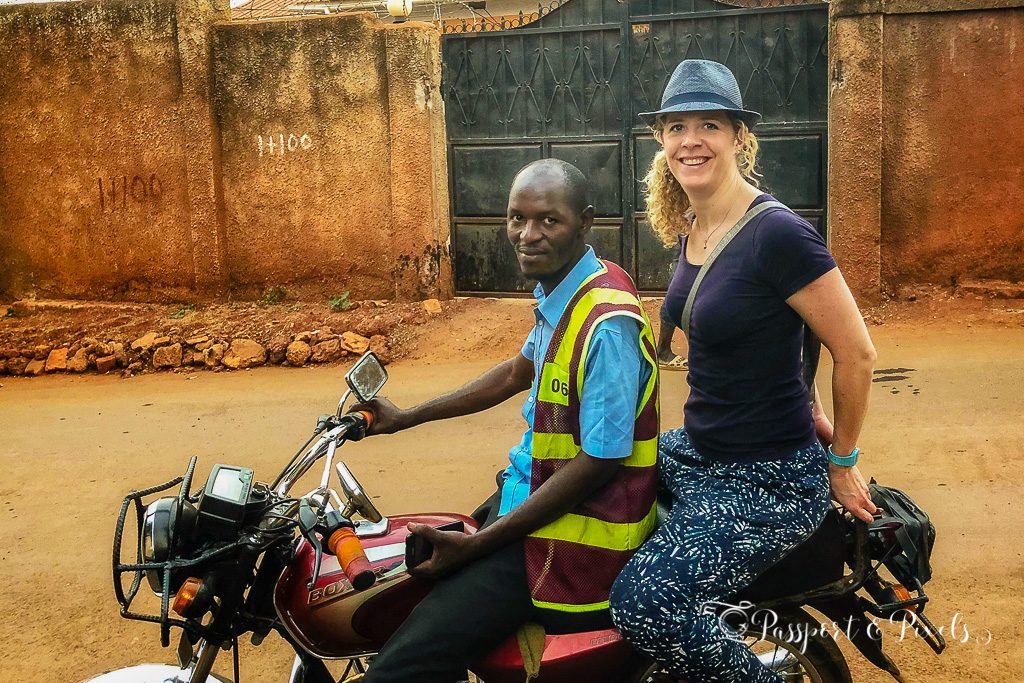 Bella Falk has what most people consider a dream job: She travels the world working as a TV producer and director, shooting travel shows for the BBC and Lonely Planet.

Bella and I connected while we were living in Uganda, and I was so fascinated by her life and career that I asked her to do a Q&A.

Here, Bella answers my seven most pressing questions about working as a travel show producer (a.k.a. my dream job)… 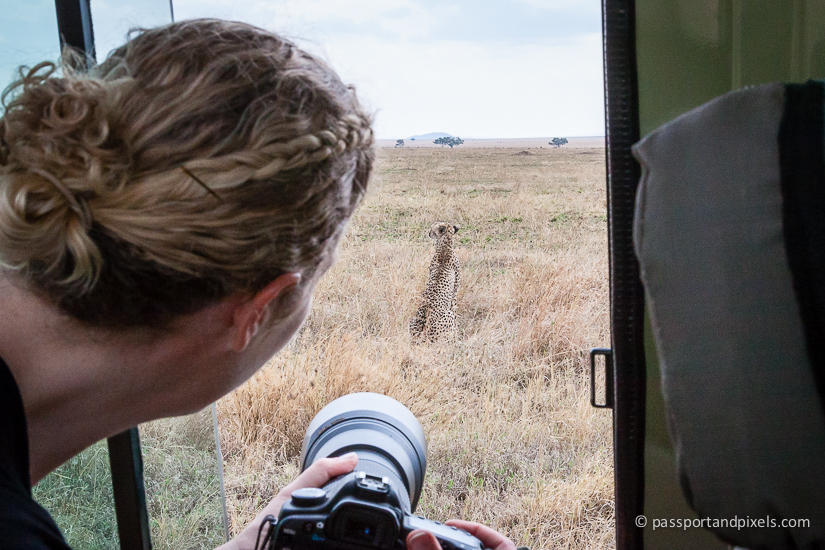 How did you get into TV production?

I was always obsessed with the BBC. So, after I graduated, I did a post-grad in broadcast journalism. Initially, I thought I was going to go into news.

Then I found out that the BBC was running a trainee scheme in factual programming. The trainee scheme was ridiculously competitive — I think 6,000 people applied, and I managed to get a place, which was insane. And 15 years later, I’m still doing factual TV. 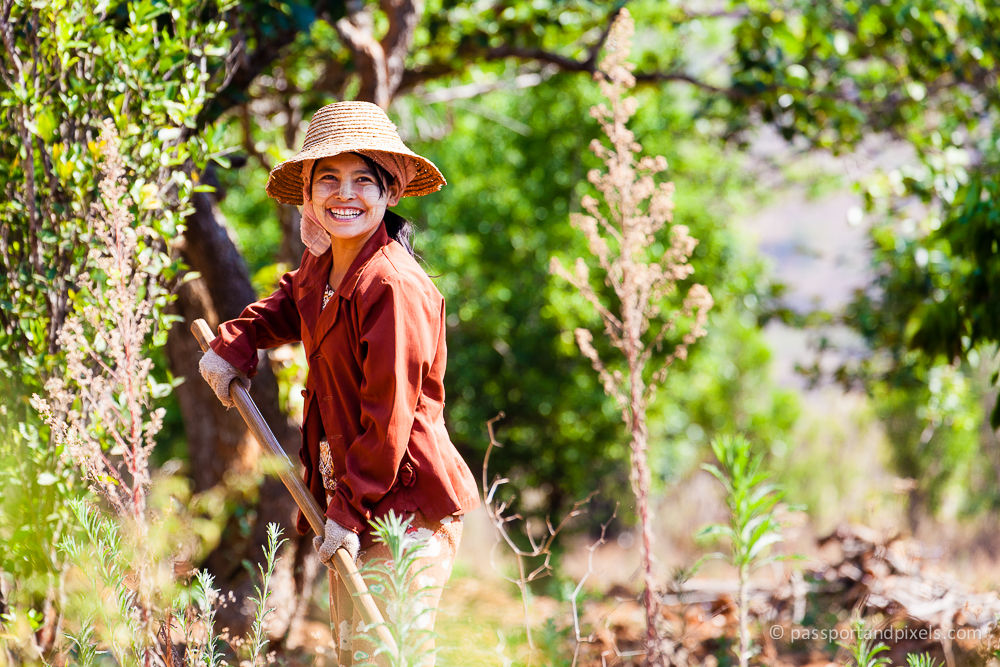 Factual TV is basically non-fiction TV, so anything that doesn’t have a script. “The Great British Bake Off” and “Come Dine with Me”  are both examples of factual TV — basically programs where real-life people are filmed doing stuff. 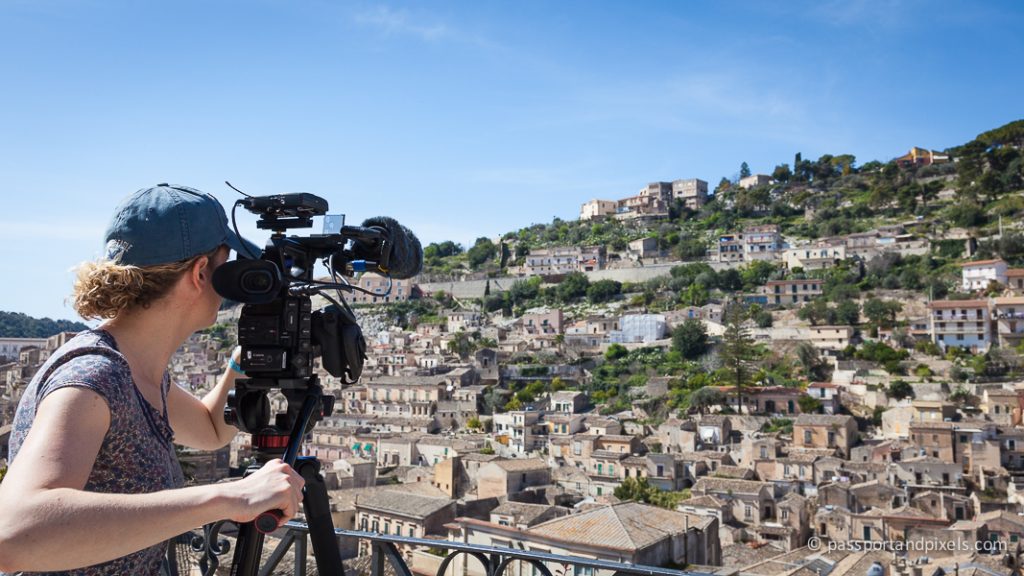 What’s it like actually filming travel footage? What is your role?

I’m a self-shooting producer and director, which basically means I do everything. In factual TV it’s not as common to get to work with crew — and by crew, I mean a cameraman and a sound man. Because the budgets are so small, they expect the producer to also do the camera and the sound.

So, as a self-shooting producer and director, I plan it, I set it up, I take the camera, and I go and do it myself. If you’re working alone you might have a runner or someone to help carry bags and get release forms signed. It’s really full-on. 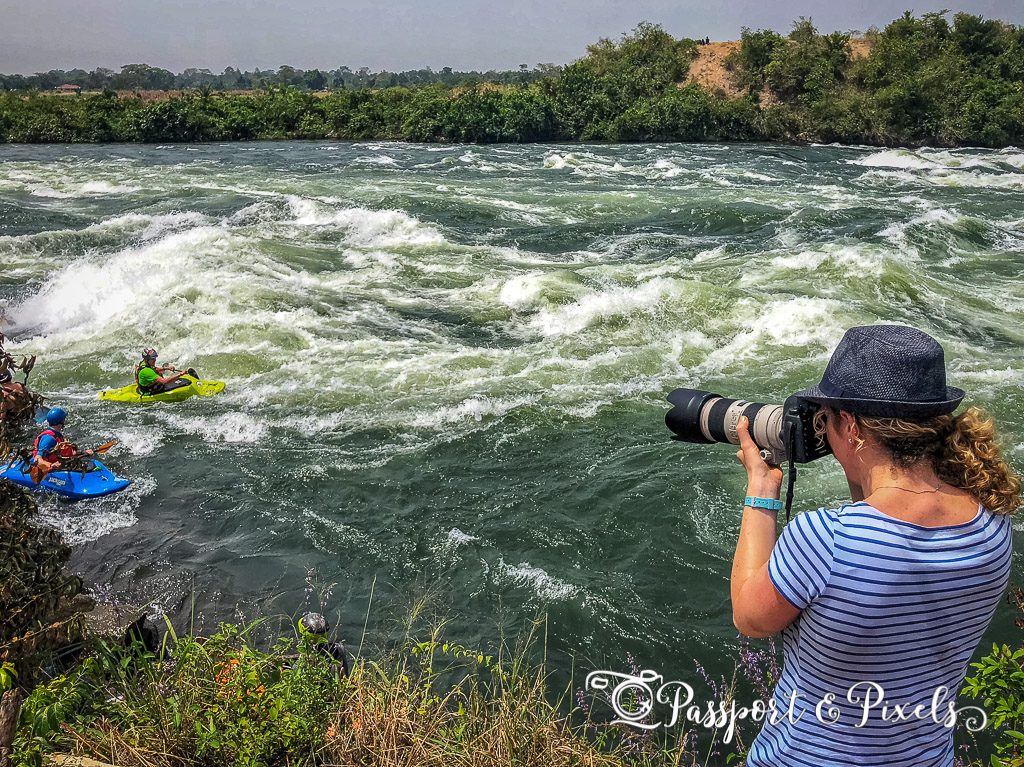 What do you like most about being a travel show producer?

I feel so lucky because of the access that you get. For example, I was working on a series called “Food Unwrapped,” which is all about our food and how it’s made.

I went to an apple juice factory in Poland, and I went to Bruges and took a horse and cart around the city. And then I went to Almeria, Spain, to visit the greenhouses where they grow all the vegetables that get exported to the UK.

Normally, if I went to Spain, I would never go to this greenhouse area and meet a courgette grower. And I just love that. I love that you get to meet these people and go to weird places that you would never normally get to go. 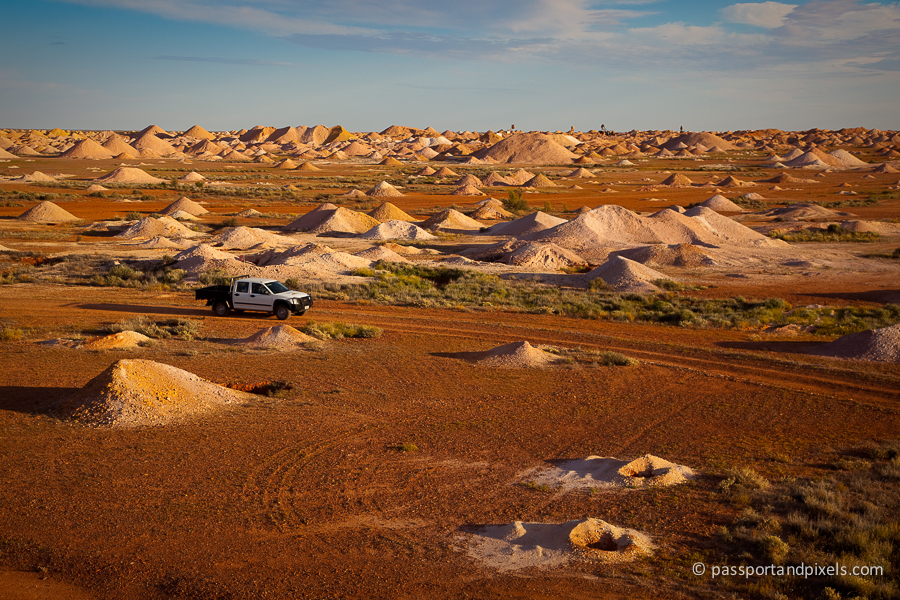 What’s your favorite show you’ve ever worked on?

My favorite thing I ever worked on was a series for the BBC, called “The Treasure Hunters“, which was about treasure in the loosest possible sense.

The first episode was about gold, diamonds, opals, and pearls. So, I got to visit a pearl farm in North West Australia. I got to go to Coober Pedy, which is a small town in the outback where they mine for opals. I got to go to Namibia with De Beers, fly on their private jet, and go to their diamond mining town to see how they mine for diamonds. And finally, we went to a gold mine in South Africa. It was absolutely incredible. 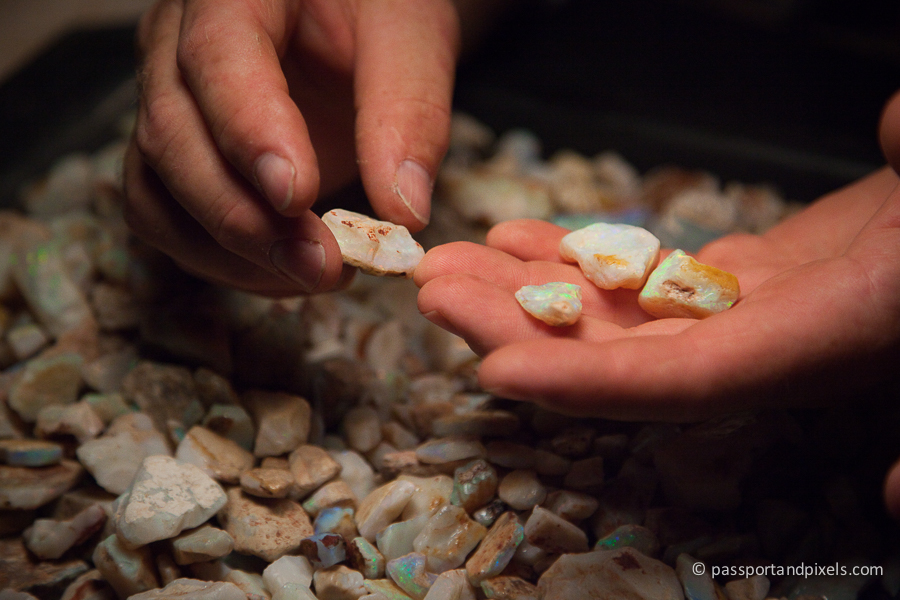 What are some of the pros and cons of working as a freelance producer?

Working as a freelancer is not easy because you never know when your next job is coming or how long it’s going to last. It’s pretty much ruined my social life for the same reason — you can’t always turn up to stuff or you’re always letting your friends down. Another drawback is that I don’t get holiday pay or a pension.

The upside of being freelance is I can have as much holiday as I want. I can move to Uganda for three months and nobody minds. 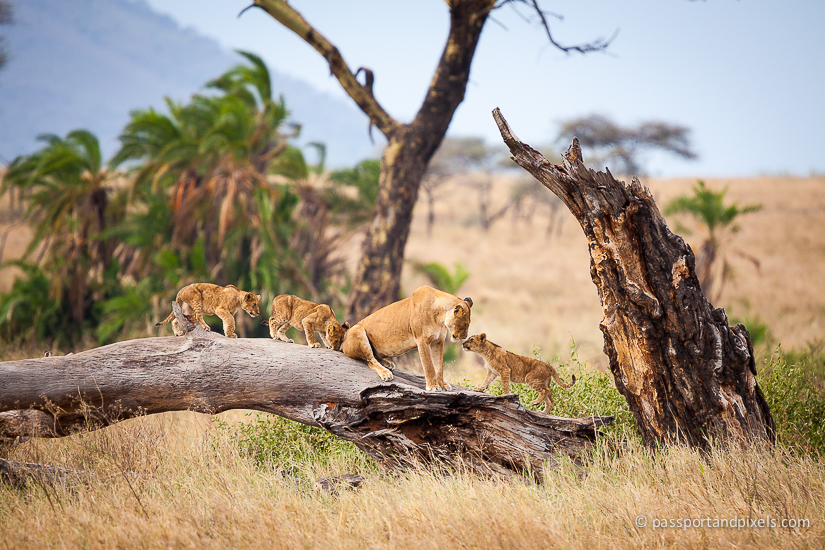 I saw that you’ve had your photos published in outlets like National Geographic. How did you end up doing that? Did you pitch those outlets?

When I have free time, I upload my travel photos to various image-sharing libraries. Alamy is the main one I use. After I upload the photos, I keyword them, so people can search and buy them. And if they buy a photo, I get 50%.

Getty Images is the one you wanna get into, but Getty pays a really, really tiny percentage. They only pay 15%. 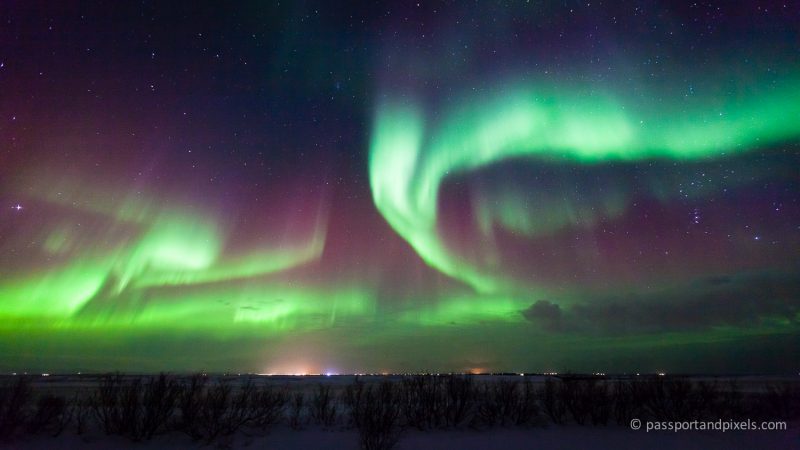 What would your advice be to someone who wants to do what you do? 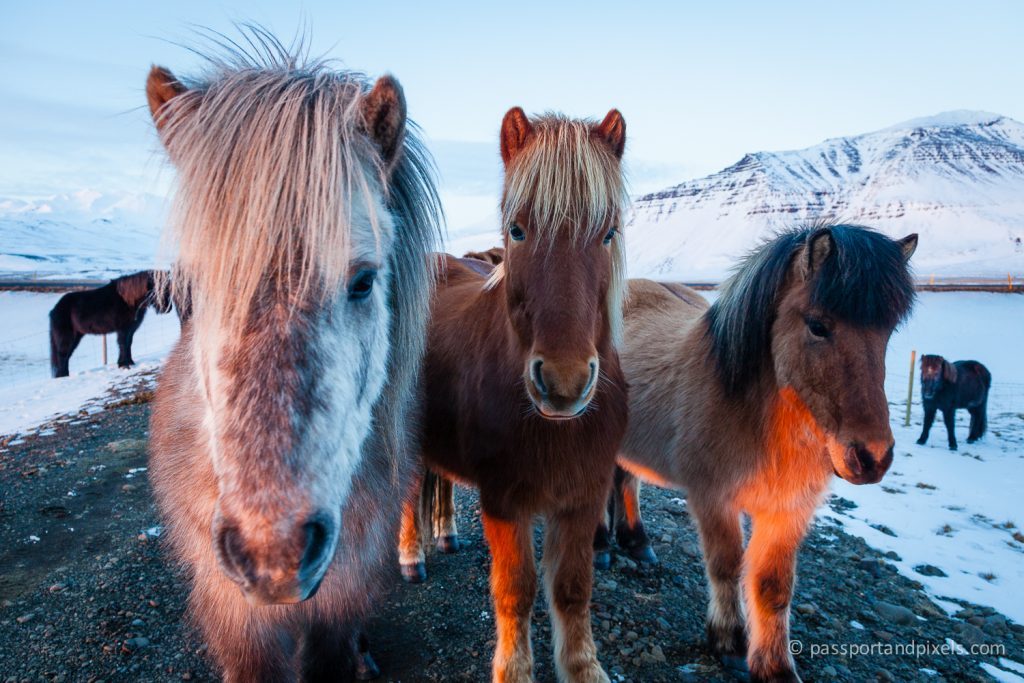 This is going to sound cynical but my very first piece of advice would be, are you absolutely sure? You have to be really passionate and you have to accept that it’s going to be difficult. Working in TV can make it impossible to have a social life. It’s also stressful and it doesn’t pay brilliantly at the beginning.

But assuming that, then the first thing to do is figure out what sort of TV that you want to do. You can’t just say, “I want to work in TV.” Is it drama? Is it sport? Is it news? Is it children’s? What are your strengths in terms of what you know about? Have you got a degree in something? That’s normally a good way to get in.

For example, if you’ve done a science degree, then you could start off working on a science program. And then you have to find the production companies that make the programs that you like and contact them to get a job.

And once on the job, you have to be really keen and willing. And if you have to make tea for six weeks, then you make tea every day with a smile because everybody is busy and stressed.

There’s a sense that sometimes younger people come in and say, “Hey, I know how to operate a camera. I want to be a producer.” And those of us who have been here for 15 years are like, “Slow down. You don’t know anything. You need to learn. You need to do your time.”

Thank you so much for sharing, Bella!

3 thoughts on “Dream Travel Jobs: What It’s Like to be a Travel Show Producer”