I love seaside towns; they’re some of my favorite places to spend the day when I travel. From Valparaíso, Chile, to Brighton, England, there are few things I love more than a colorful coastal city. (Preferably with really good seafood, of course.)

Which is why I was so excited to day-trip to Aberystwyth, a university town in Wales where my friend Liam went to college. 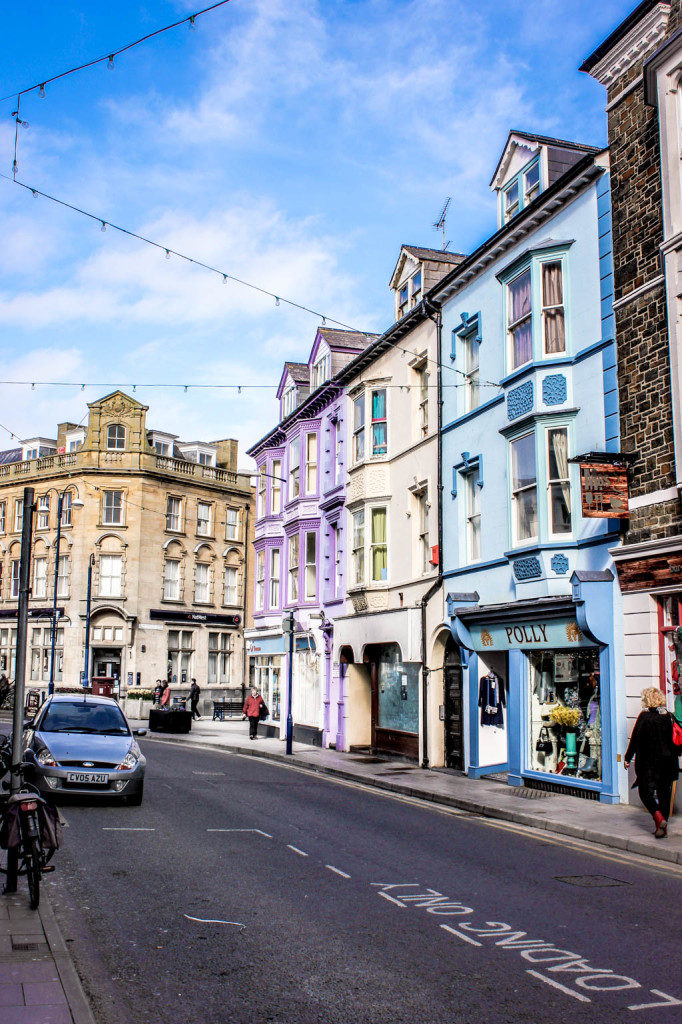 And as soon as we arrived I could see why Aberystwyth was once a summer destination for the well-to-do, and is still popular with tourists. Aberystwyth seems almost seems transplanted from the Victorian era with an elegant promenade, Royal Pier and pastel-colored buildings.

Hey, it wasn’t nicknamed the “Biarritz of Wales” for nothing. 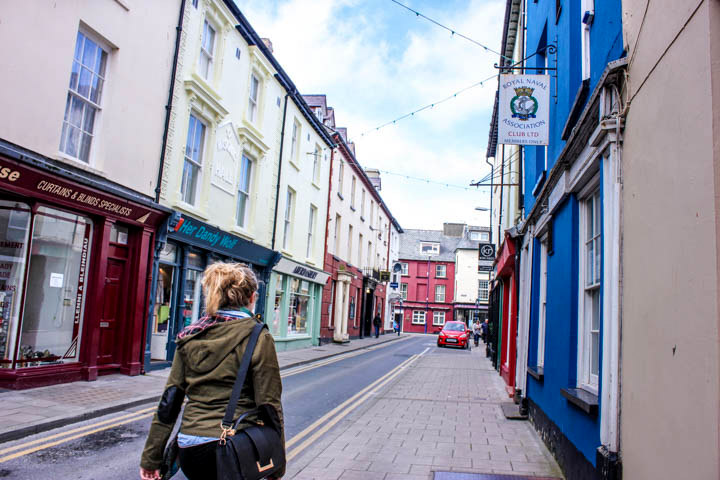 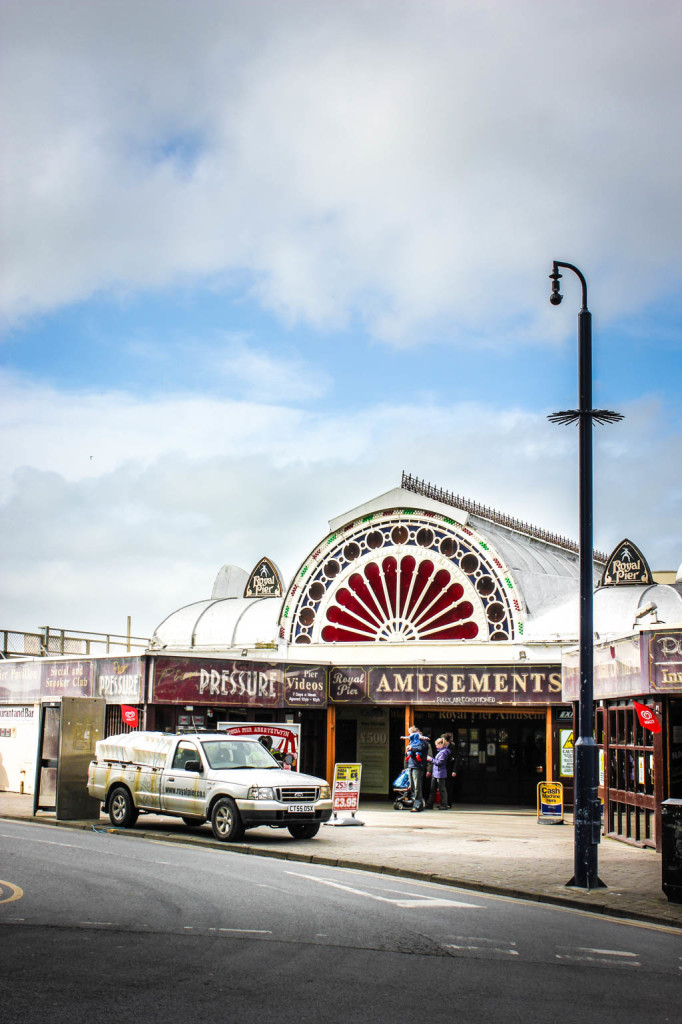 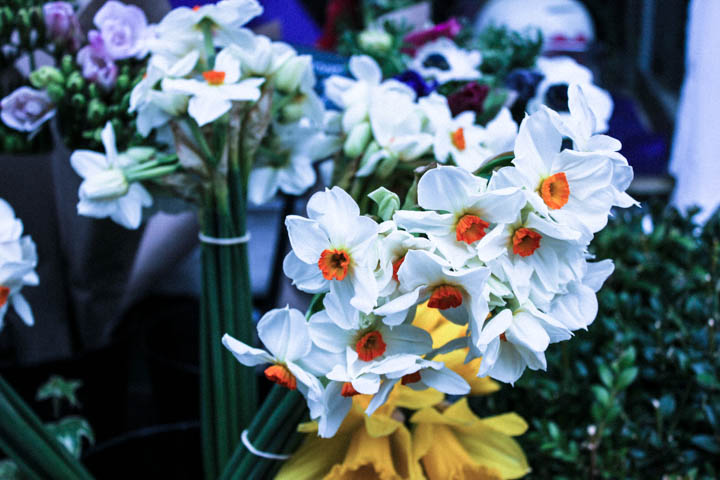 Aberystwyth may be tiny but it doesn’t lack for ambiance. From the crying seagulls to the old-fashioned arcade I felt I had stumbled into the Welsh version of Boardwalk Empire.

When I asked Liam what Aberystwyth was like in summer, he replied  “It’s chockablock.” Which for all us Americans, apparently means crowded. 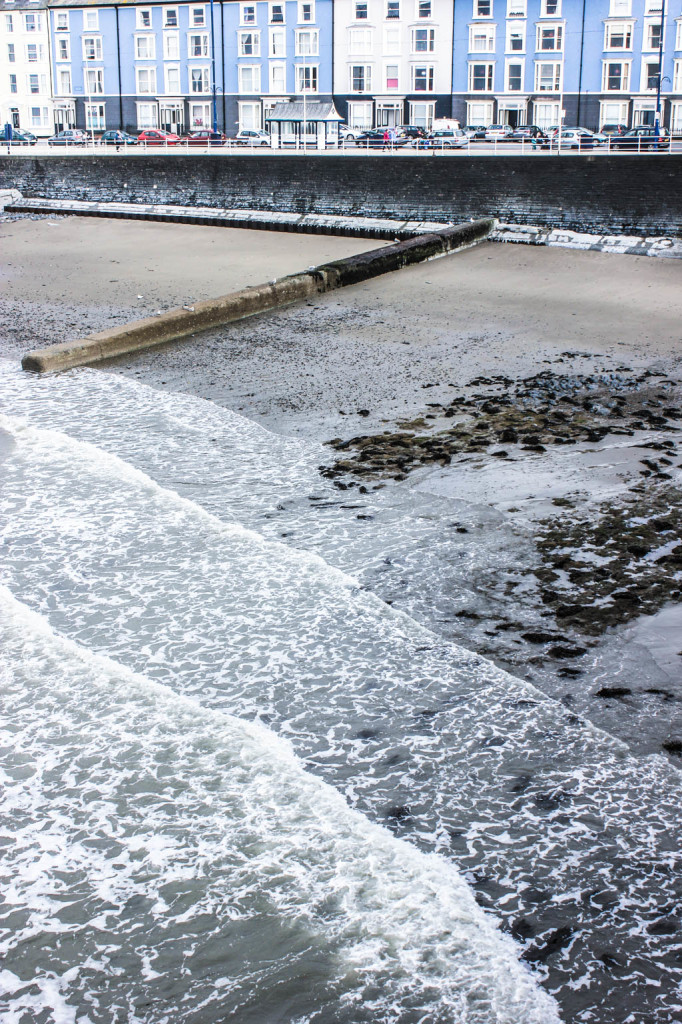 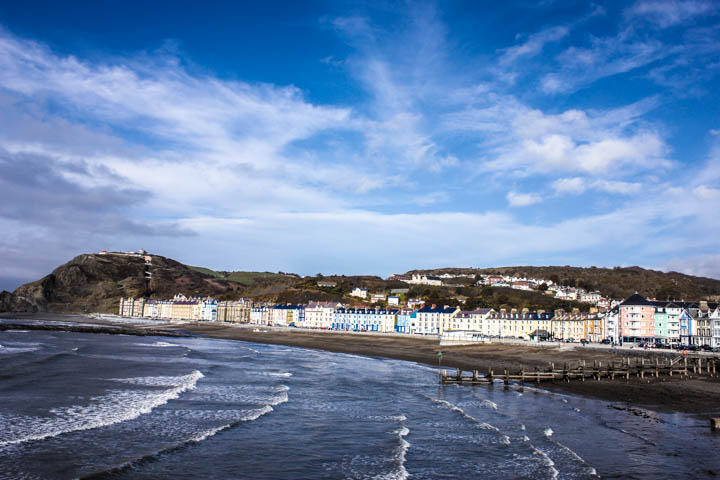 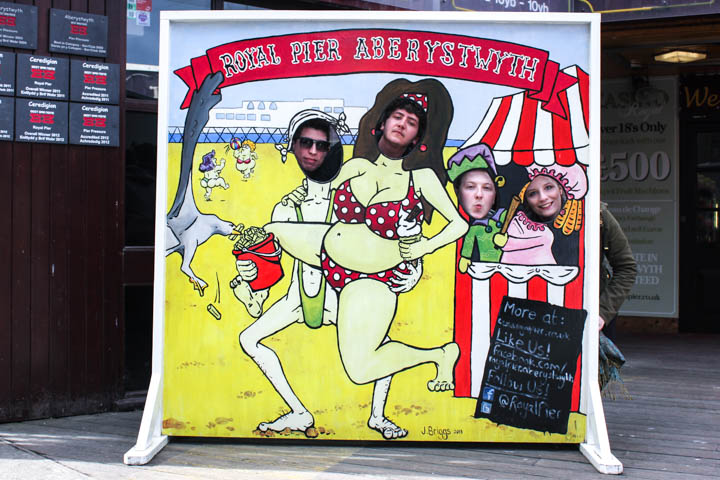 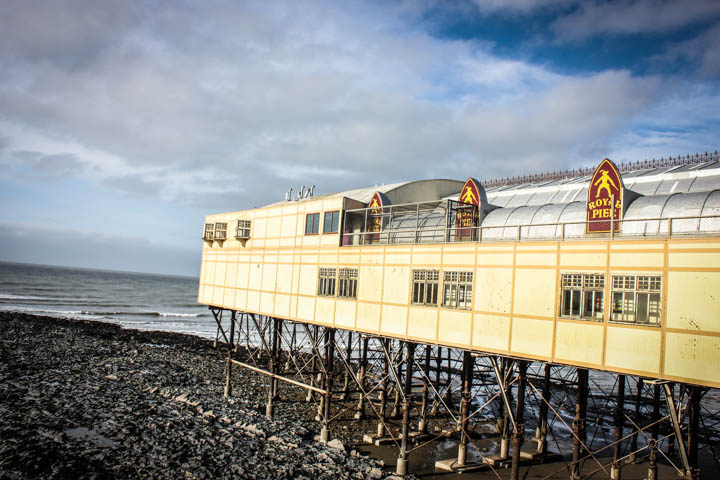 And as this is a Welsh town there is naturally a castle in town. Or rather, a castle ruins. Liam recounted that he and his friends used to have “epic NERF battles” there in college. 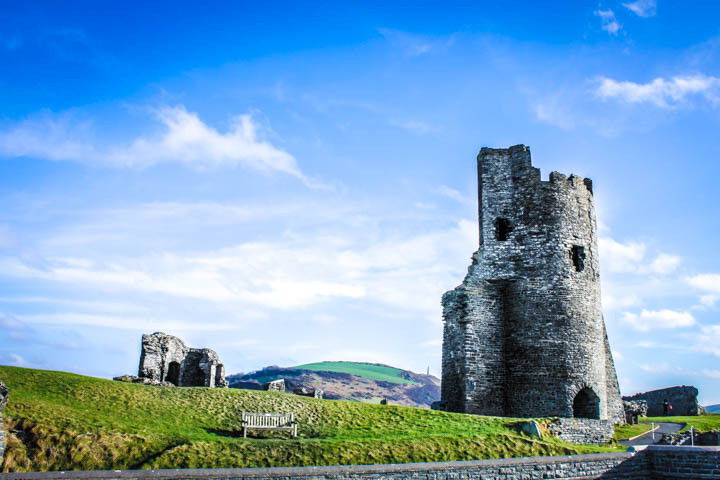 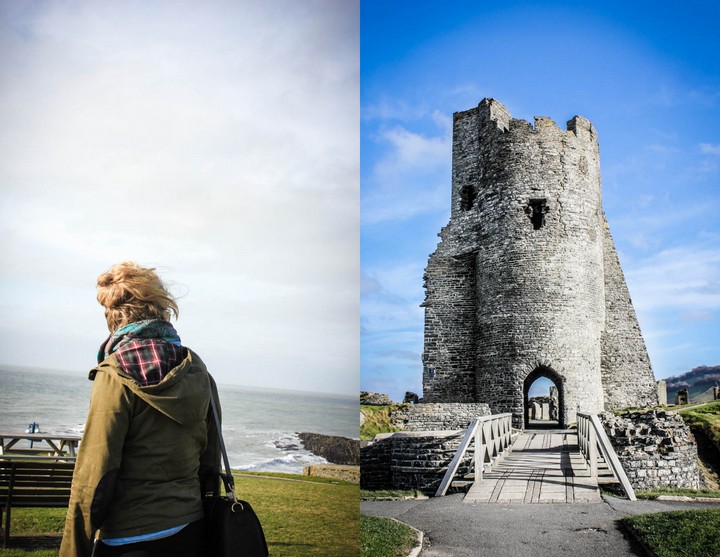 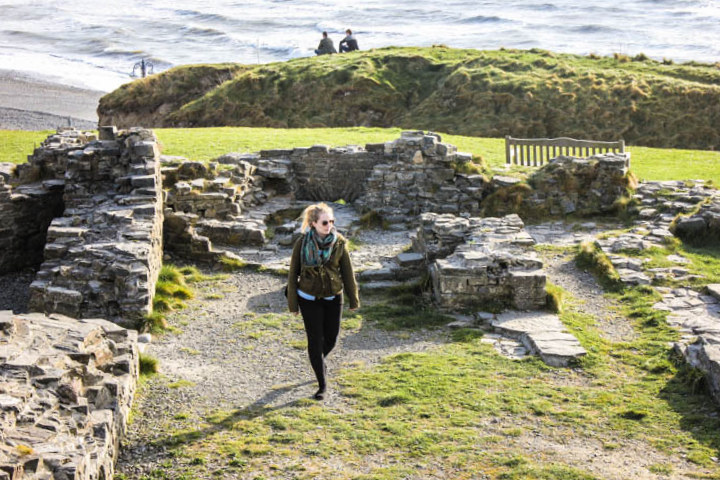 As an American that is something that will never cease to amaze me, the idea of playing a game on a castle ruin. It’s surreal. 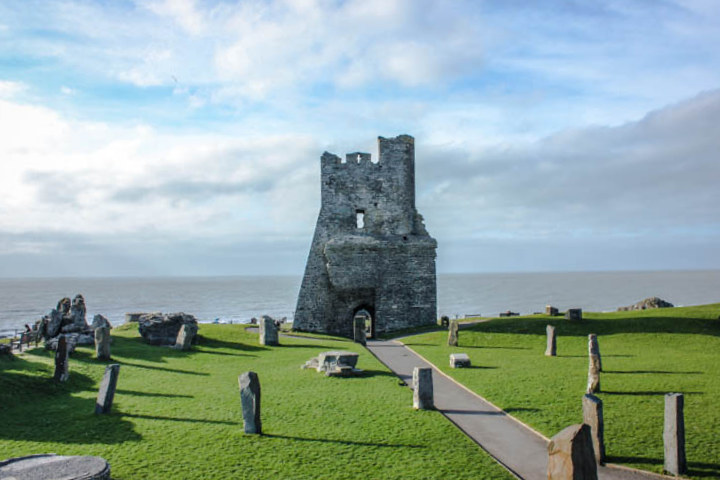 Next we headed over to the harbor.

One of the boats was named, “Taid’s Out”, which Liam noted was clever as “taid” means grandfather in Welsh but sounds like “tide.”

And as usual in the U.K. the weather was a bit brisk and I kept feeling cold, warm and then cold depending on if the sun was shining. The sea breeze wasn’t helping. 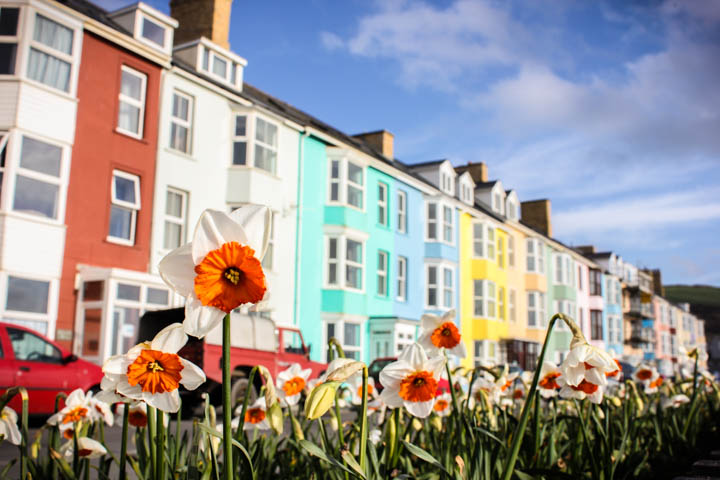 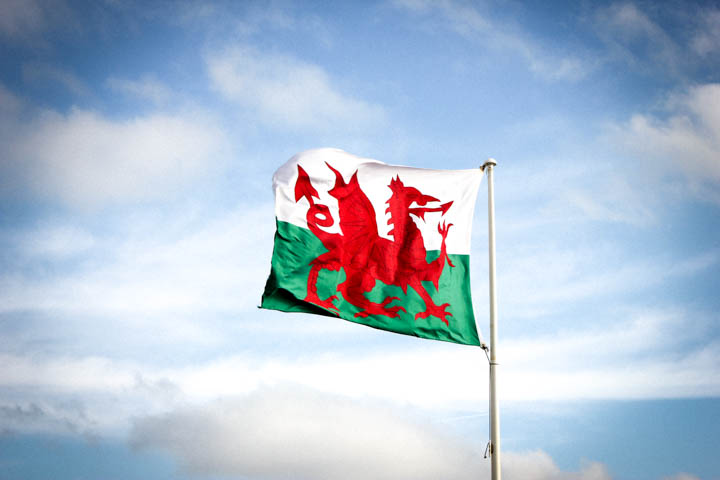 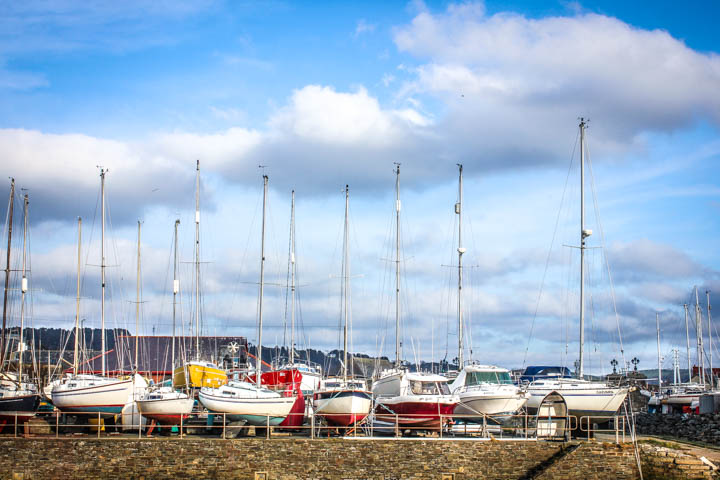 As we had already been to York to see Lauren’s college town, it was fun seeing Liam’s as well. As we walked past his former house he pointed out which room was his, just as Lauren had done.

And as we looked out over the Royal Pier, watching the waves crash to the pebbly shore, Liam asked, “So Ashley, how does this compare to the rest of the world?”

I laughed and replied, “Well, this is pretty special.” 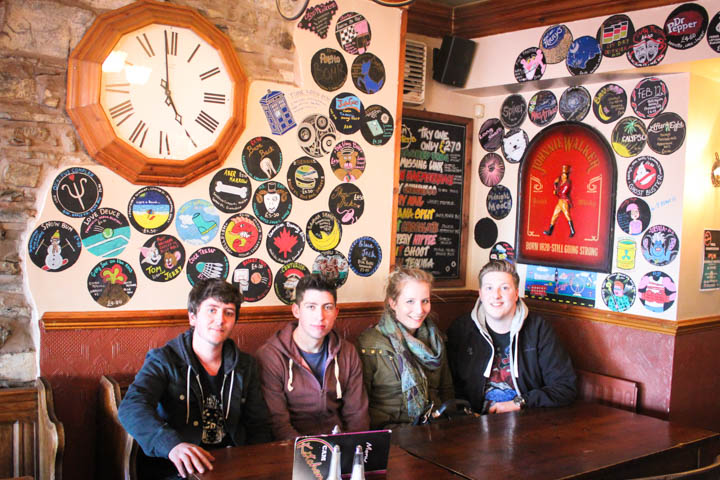 Have you heard of Aberystwyth? Would you want to visit?