India was, for lack of a better word, the most hard-core trip of my life. At various points in my six weeks I was struggling to breathe from the stench of cow shit, vomiting from (many) bouts of food poisoning, violently shivering in a wind-whipped tent, nearly passing out from sunstroke in the Himalayas and doing vinyasa in 110-degree heat.

Travel writers wax poetic on how India is a Technicolor, multi-sensory travel experience- and yes, it is that. But for me, India was much a spiritual overhaul as it was a descent into chaos.

For better or worse, shit went down. 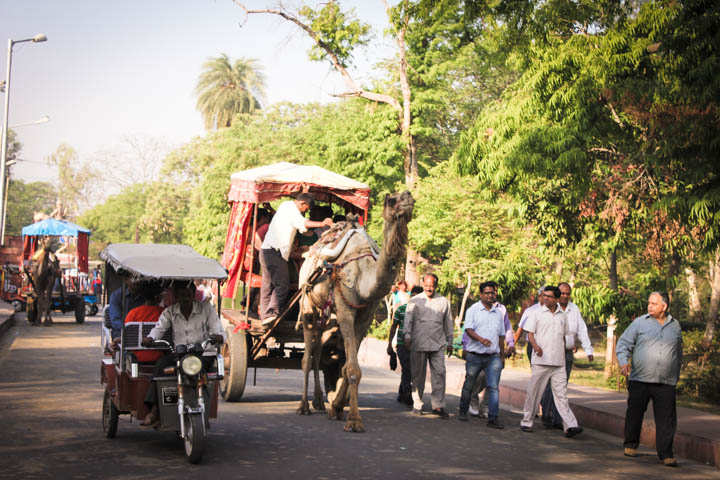 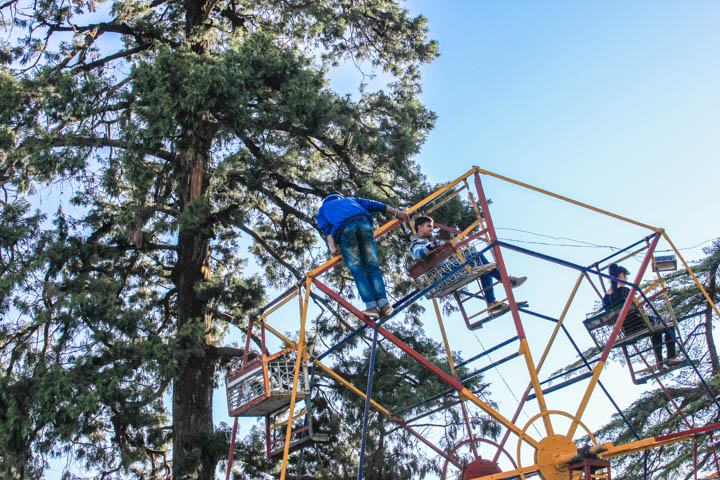 A human-powered ferris wheel. No biggie.

Here are the craziest things that happened to me in India:

I left my wallet on the plane in Delhi.

This one is kind of embarrassing. I’ve only been to, oh, 38 countries, and boarded countless international flights. But after passing customs in Delhi, I realized I was sans wallet.

After two hours of frantic waiting, an airport employee returned the wallet to me with all the credit cards intact, my confirmation number written in blue pen on the leather (a funny story to tell when I pull it out nowadays).

I will forever be grateful to the kind employees of Indira Gandhi International Airport.

I was attacked by monkeys on an early morning run.

Per our Indian wellness pledge, McCall and I woke up at 6 a.m. every day to run. One morning, we passed a trash heap and a pack of macaques leapt out and corralled McCall. Hissing and baring their teeth, McCall kicked at them and yelled, “HEY!”

Seconds later, she shouted “RUN!” and we started sprinting back towards the yoga school.

Later, when I regaled the tale to my uncle, instead of being shocked that I was attacked by monkeys, he said, “Wait. You went running at 6 a.m.?” Ha.

And just in case you’re ever attacked; leading primatologists suggest you “Form an “O” with your mouth, lean toward them with your body and head, and raise your eyebrows.

Also, apparently monkeys are more afraid of men than women. That’s not even fair.

I saw a corpse floating in the Ganges 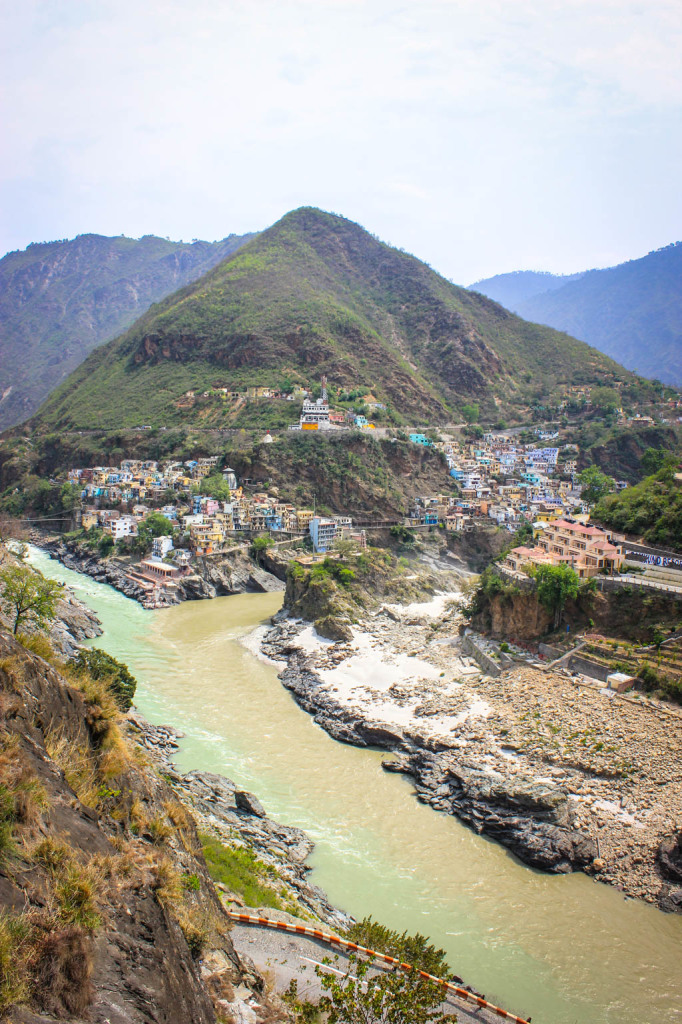 We were standing at the edge of the Ganges in Rishikesh when I saw a white shape floating quickly down the river. As it came closer, I saw it was a blue-tinged, water-logged corpse.

While my yoga school classmates claimed it was a cow, sorry guys, it wasn’t- it was a human corpse with a head full of black hair.

A week after the corpse incident, my classmates wanted to take a dip in the Ganges, which up until that point I was all for. But considering the corpse we had just seen, I opted out. Everyone called me a square.

I went white-water rafting with an infant.

Every day at yoga school, I would watch as white-water rafters drifted down the Ganges in bright blue rafts. “I want to do that,” I sighed.

So one day, to my delight, we headed down to the Ganges to white-water raft.

Soon into our rafting trip two Indian families boarded the raft, the men in blue jeans and loafers, the women in saris. And to our dismay, one woman was holding her ten-month old daughter.

The child was terrified, sobbing hysterically as huge waves rained down upon us. “Pani, pani!” said the mom, pointing to the water.

Also, as an aside, most Indians can’t swim.

Anyway, maybe it’s a cultural thing, but I don’t understand the logic in bringing a baby white-water rafting.

I nearly died in the Himalayas. 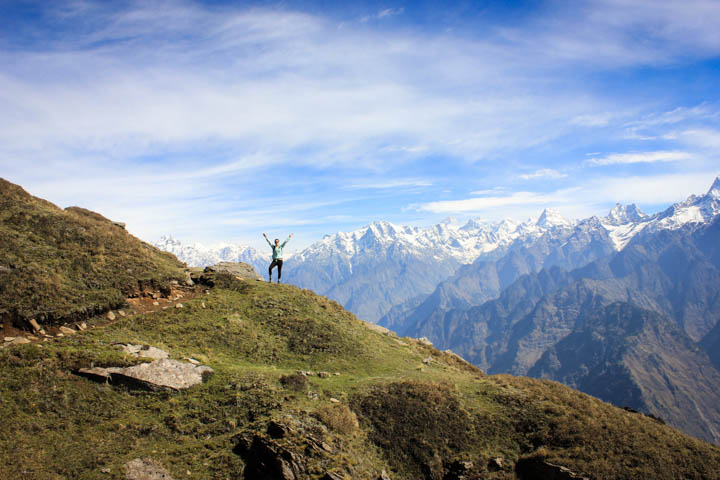 Okay, okay. Maybe I’m being dramatic. But I could’ve at least broken a leg.

One morning we were hiking down a snowy hill, and I fell and slipped. After sliding down about 15 feet, heading for the edge of the mountain, I managed to grab hold of a rhododendron bush.

And thank god, as there wasn’t much past it.

I was circled by men at night in Delhi.

In India men have a curious habit of forming a circle around you, as if they were corralling you. It’s rather terrifying.

After dinner in Delhi, my friends (one girl, one guy) and I stopped at the India Gate. We were just walking around the park and stopped to do a few yoga poses. Within seconds, a group of about 15-20 men formed a circle around us. My guy friend grabbed us both by the arms and pushed his way out of the crowd.

My guy friend was genuinely shocked. “Is this what you girls go through all the time?”

(Note- my female friend I had would never have gone to a park at night alone, and only went because we had a guy with us. Unfortunately, we still live in world where two women alone in a park at night in India is a very bad idea.)

How could I talk about India without mentioning my guru and meditation teacher, Swami Ji?

Swami Ji, who referred to me as “sluggish baby”, is one of the funniest and good-hearted people I’ve ever met in my life.

A lover of selfies, Swami Ji would have us pose as a class while he took a selfie with his 13.1 megapixel smartphone. 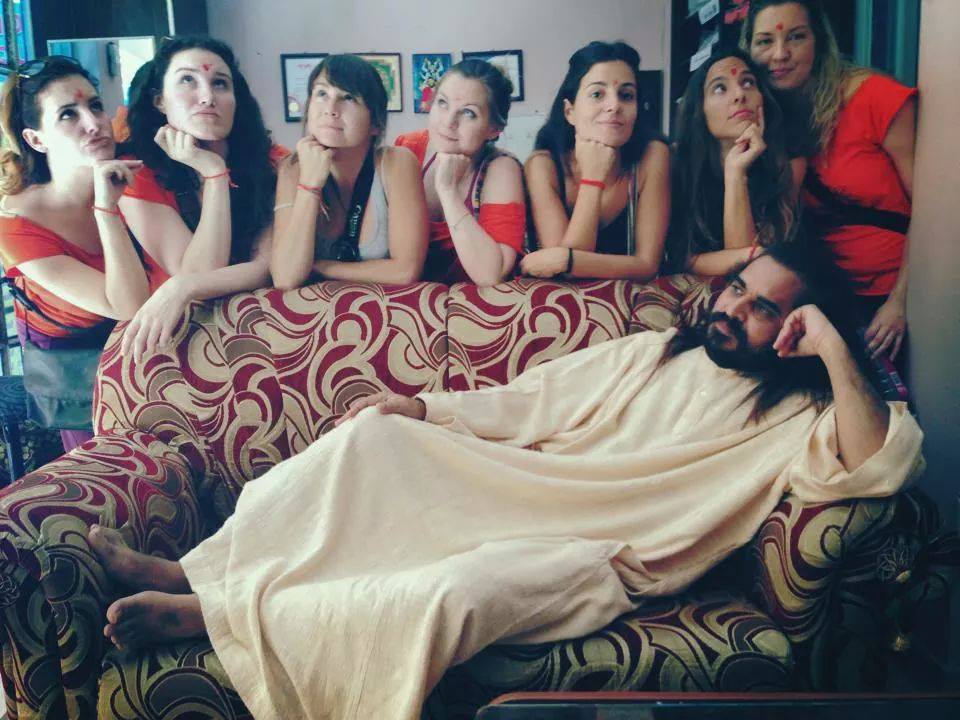 He liked to meditate anywhere and everywhere. I can still picture his voice perfectly; whenever we asked a question, he would reply, “Yessssssss… baby…” 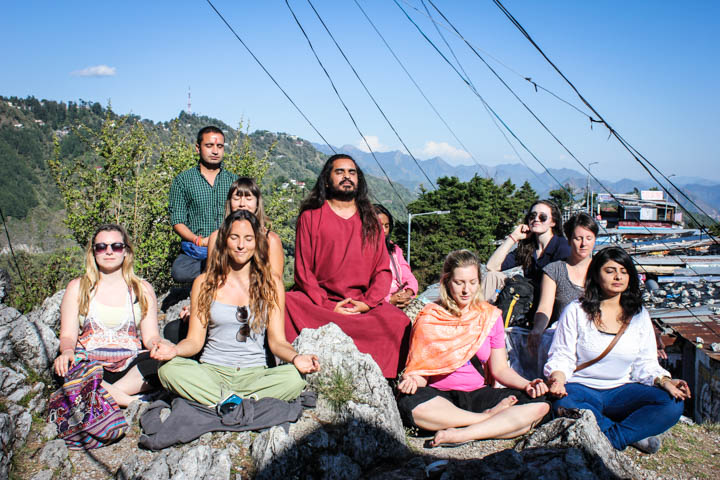 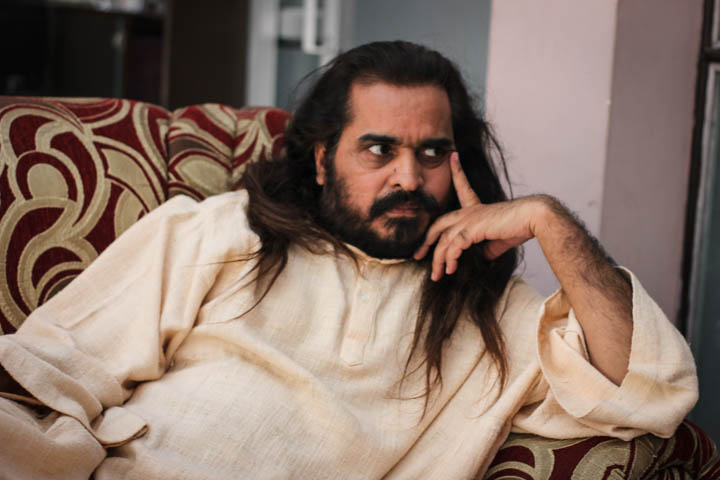 Thank you, India. It was real. And crazy. 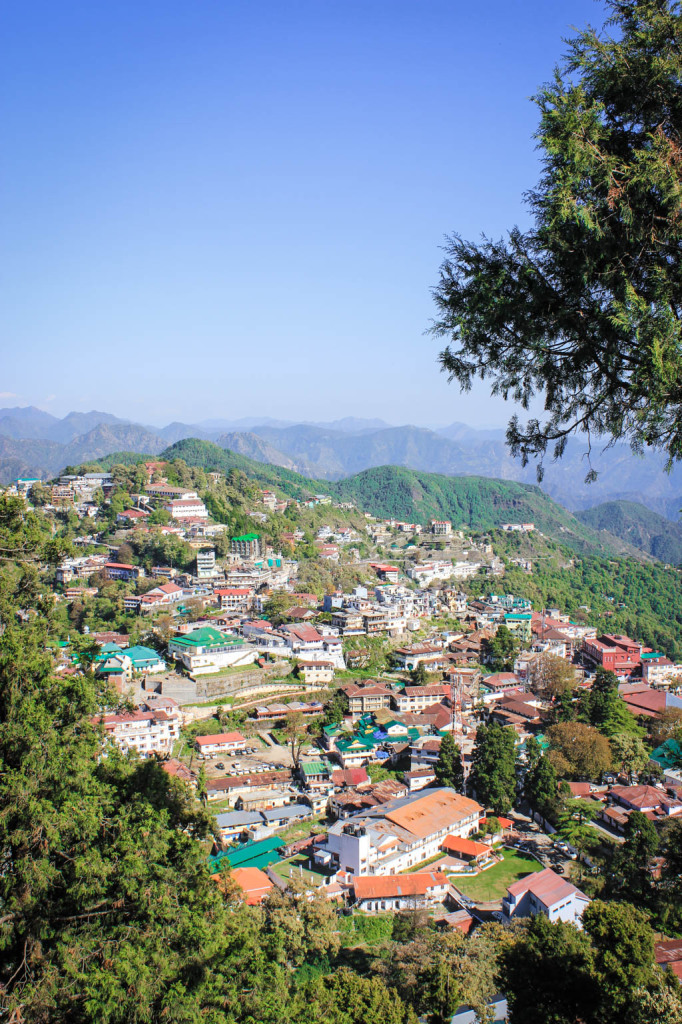 So what about you? What’s the “craziest” country you’ve ever been to?

As a note, this post is just a summary of my anecdotal experiences. It in no way speaks for all of India, just what happened to me.

54 thoughts on “The Craziest Things That Happened in India”