Words cannot express how much I enjoyed Ann Mah’s cheekily named food memoir, Mastering the Art of French Eating: Lessons in Food and Love from a Year in Paris. 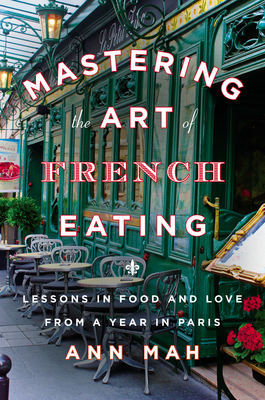 À la Julia Child, Mah uproots her life and moves to Paris on account of her foreign diplomat husband’s new posting. But upon finally arriving in the city of lights, her husband is called away to serve in Iraq for a year. Mah is forced to discover a new city and country on her own, in the shadow of fear and disquiet.

To distance herself from her loneliness in Paris, Mah begins seeking out France’s most quintessentially French dishes in their regions of origin. She journeys to Brittany for butter and crêpes, to Lyon to taste a true Salade Lyonnaise and to Languedoc to indulge in cassoulet, a hearty white-bean stew.

Reading her memoir brought me back my own memories of France. I too have embarked on many of the same food-driven pilgrimages around France: to Périgord for cassoulet, to Lyon for its no-frills country-cooking. At the mention of andouillette, tripe sausage, my mouth began to water- I love it grilled over charcoal and served with a dab of dijon. Yum.

When Mah ventures to Alsace to sample a real choucroute garnie, an Alsatian stew of sauerkraut and pork belly, she admits that despite her best intentions she always found herself ordering tarte flambée in place of the stodgy winter stew. As she put it, “I was cheating on choucroute with tarte flambée,” a crime of which I was similarly guilty in my own adventures in Alsace. 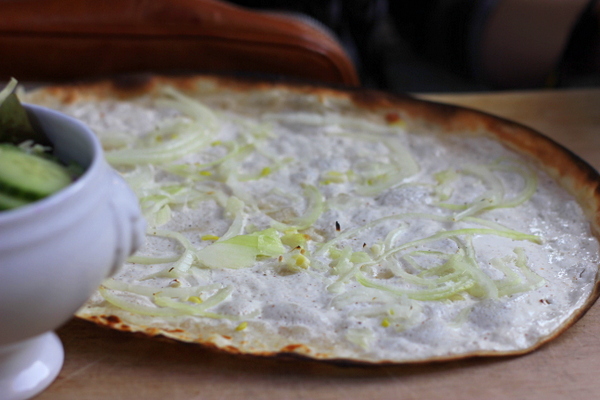 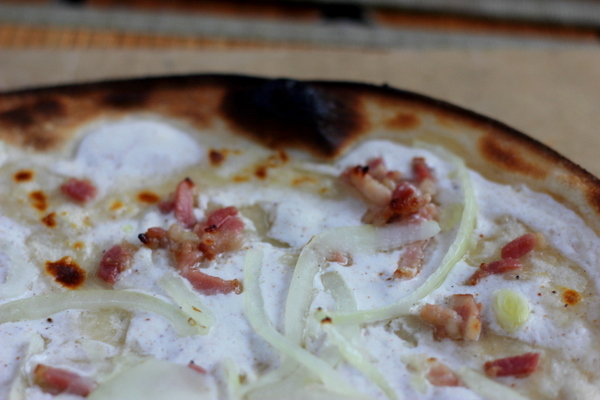 Whoops- lots and lots of tarte flambée in Alsace.

The chapter on aligot, fresh tomme cheese melted into mashed potatoes, made me chuckle; I tried aligot while road-tripping to the south of France and fell in love with the Aveyronian dish. It was like nothing else I’d ever tried, a buttery, mashed potatoes flavor coupled with a stretchy texture like pizza dough.

Though aligot is an incredibly rich and delicious dish, almost no one outside of France has heard of it. “Even in France it’s hardly a household word,” writes Mah.

I also had a laugh when she wrote about seeking out Indian dosas or Persian lamb kebabs with her expat friends in Paris, in lieu of croque monsieurs and galettes.

“The Savoyards may have bonded over fondue, but expats in Paris, we found comfort in ethnic food.” 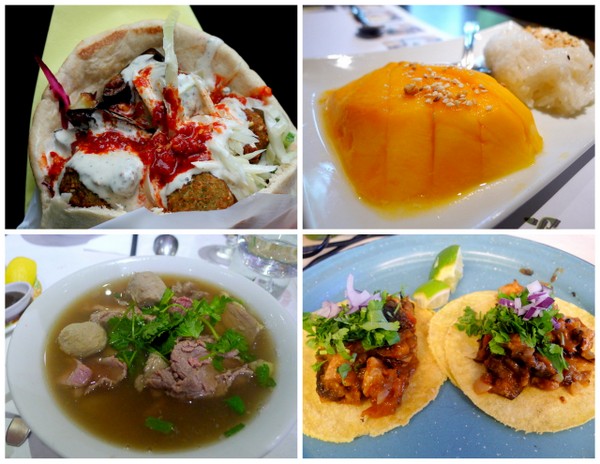 One of the joy’s of reading Mah’s work is the quality of the writing itself. She so eloquently puts into words many thoughts and emotions I have grappled with myself.

“Calvin and I didn’t have a permanent address to call our own, but instead we had made the world our home. We’d left pieces of ourselves behind in each place we lived, and perhaps we were stronger together- and stronger individuals- because of it.

Of course, it still sailed next to me, that parallel life- it would always sail next to me- as full of joy and challenge as the one I was living. I thought of it sometimes, pale and chilled- lit by a satellite moon, not the sun of reality- a ghostly ship charting a route to what might have been, while I remained on the course of what was.”

I have already recommended Mastering the Art of French Eating to a few of my friends as well as my grandmother (who enjoyed it immensely) and think it would be the perfect Christmas gift for any francophile or food-lover.

“We still had two years left in Paris, but already I felt the looming shadow of our departure, and already I missed France. I couldn’t slow time down, but, I told myself, I could savor it, like the first spring strawberries eaten over the kitchen sink, or the gentle quiver of soufflé au Roquefort as it traveled from oven to table, or the smear of sharp mustard daubed on a simple café croque monsieur.”

Have you read Mastering the Art of French Eating yet? Would you be interested in doing so?

Viking and Penguin Books Publicity provided me with a copy of the novel in exchange for a review. They in no way requested I give a favorable review.