Strasbourg can best be summed up by an argument I had with my German friend Julika while walking the street.

Me: But look at the half-timbered houses!

Julika: Have you seen the balconies?

In fact, Strasbourg is kind of half and half- which makes sense considering it’s located in Alsace, a region that France and Germany fought over for centuries. 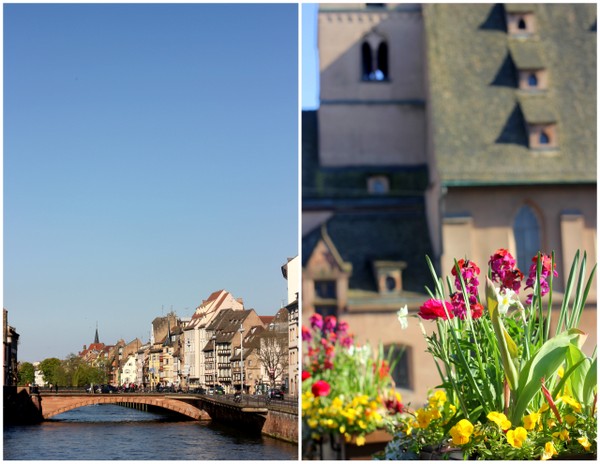 But… if we’re being precise, Strasbourg and Alsace are historically German-speaking, which explains the city’s Germanic name, as well as the Germanic roots of Alsatian, the local language. 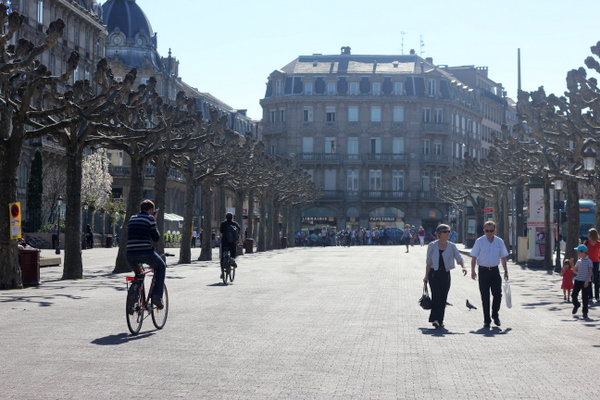 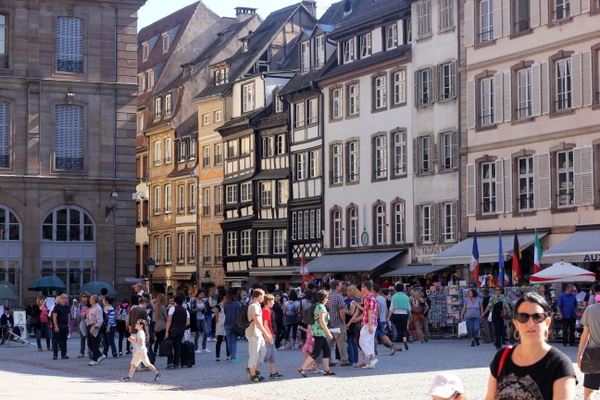 Considering this trip was a vacation from my au pair job, the first order of business was to sample the local brew. Which, incidentally, was called unicorn beer. 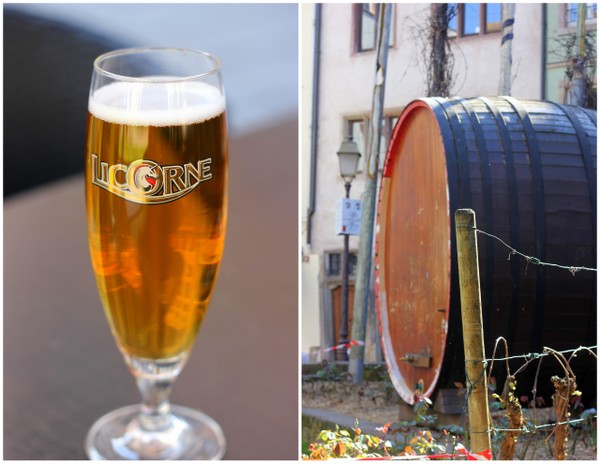 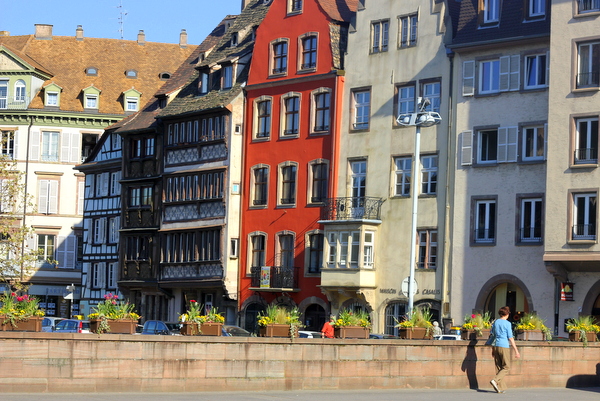 After enjoying some sun and well-deserved carbonated beverages, we mosied over to the Petite France neighborhood, the city’s most Pinterest-worthy district (in fact it’s even a UNESCO World Heritage site). The area is undeniably beautiful- it abounds with half-timbered houses, picnic-worthy canals and willow trees drooping their long hair over the water. 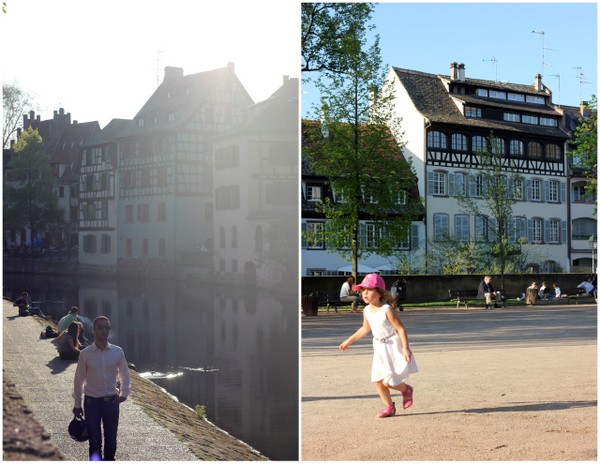 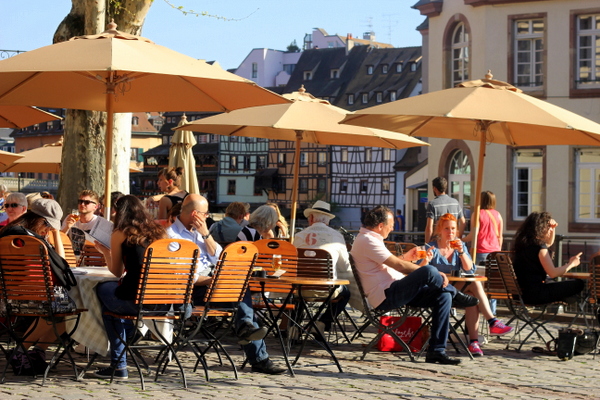 We weren’t the only ones enjoying the rare sunny day in April- even though it was a Thursday, it seemed like the whole city had taken off from work to bask in a bit of soleil. 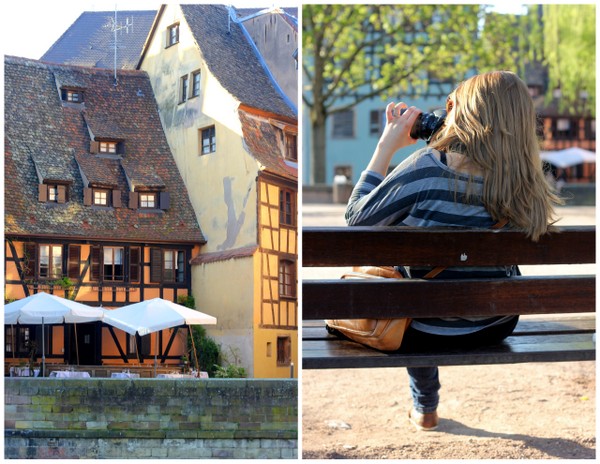 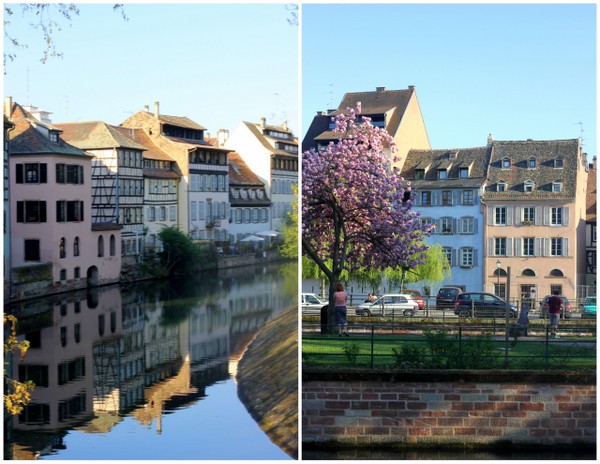 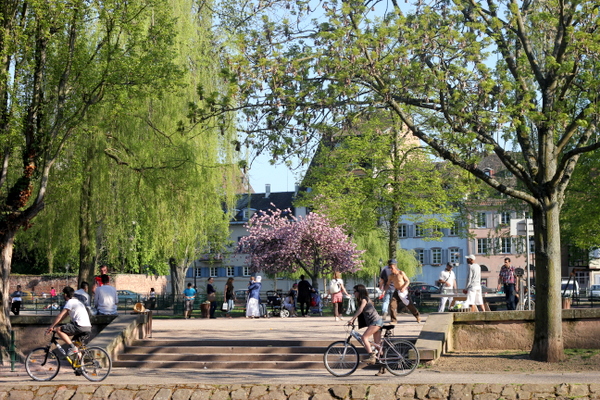 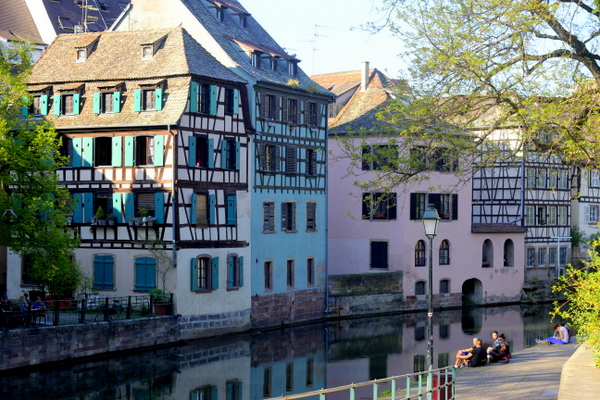 As the sunny afternoon drew to a close, we found a nice café and ordered a carafe of local riesling as well as some tarte flambée, or as they say in Alsatian, flammekueche. Tarte flambée is a typical Alsatian dish that is reminiscent of pizza, except that it’s covered in crème fraîche, onions and lardons. Yum.

After a luxuriously long dinner, we headed to the town’s beautiful Gothic cathedral, where we sat on the steps, chatting and people-watching. 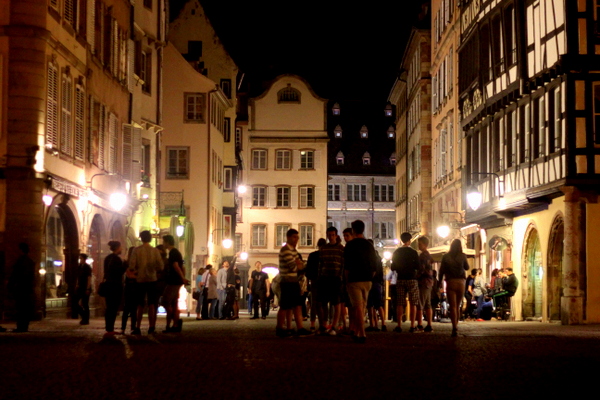 And because I love you guys, here’s a shot of me from the next morning looking like a complete nerd with an umbrella.

And then Julika looking a lot more like a modern-day Mary Poppins. 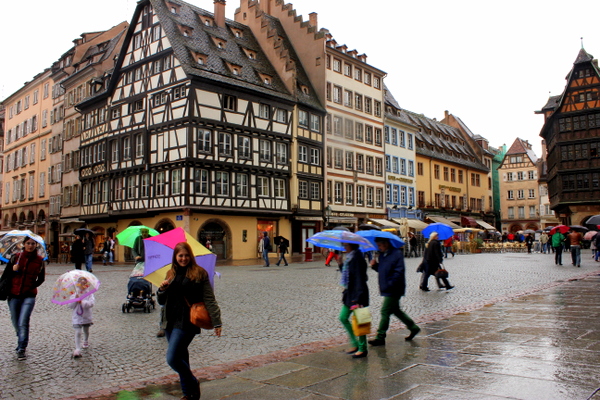 Have you ever been to Strasbourg? Wasn’t it fantastic? And did you think it was more French or German feeling?