Oh, Sihanoukville. The infamous Cambodian beach town known for its intense party scene, bountiful beaches and rampant petty theft. It is a well-trod hotspot on the Southeast Asian backpacker trail as well as a jumping off point for Cambodia’s idyllic islands.

In my opinion, Serendipity Beach by day is a bit of a nightmare. As I sunbathed by the murky waters I was approached constantly by very persistent beach vendors offering $1 beach manicures and string bracelets.

I spent my five days in Sihanoukville at Serendipity Beach, and I think it stands as  testament to Sihanoukville’s prevalent party culture that I don’t have one picture of it during the day. Oops. 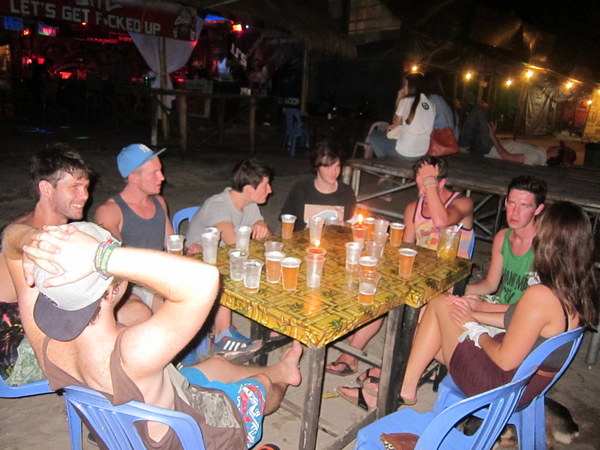 to the wild dancing at Utopia… 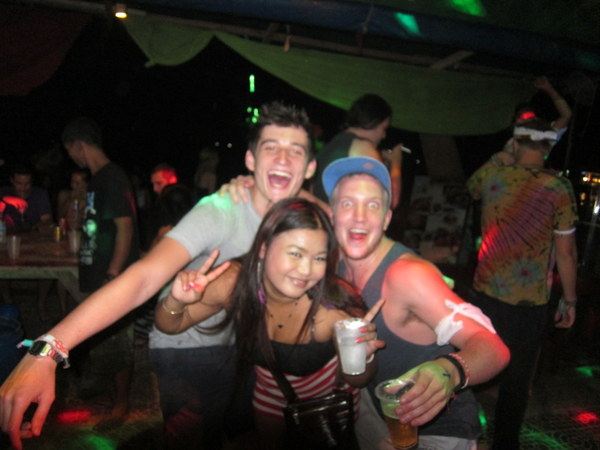 to the Full-Moon style body paint… 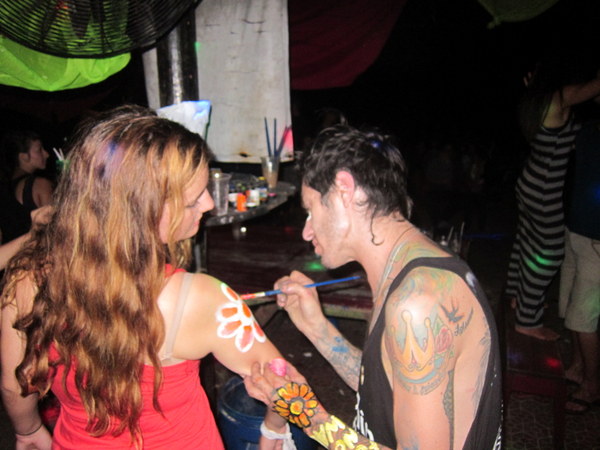 we undoubtedly had some amazing nights out. And best of all I nary paid for a drink due to the many, many fliers that offered generous ladies-night specials as well as free shots. 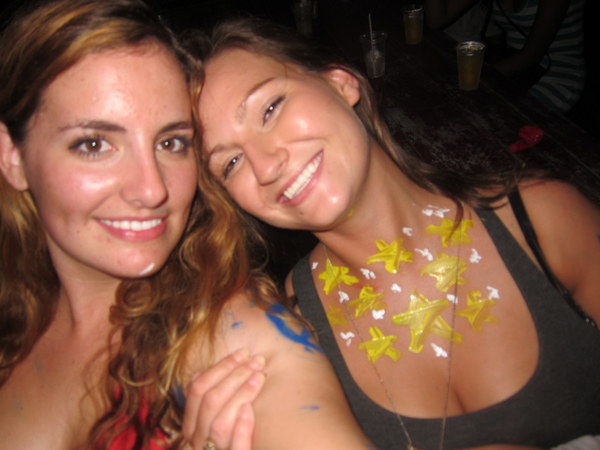 Do not give me a paintbrush and a cocktail. Ever. 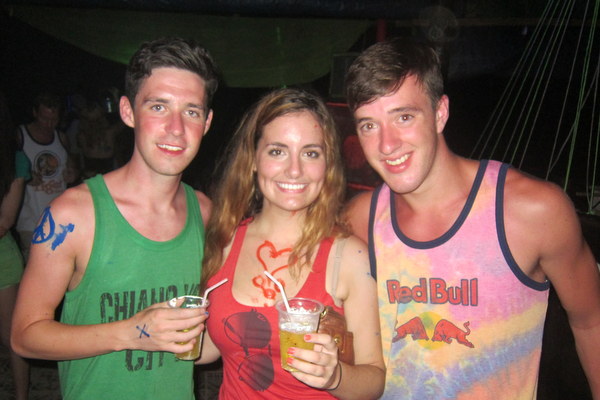 On one mildly productive day we decided to rent some motorbikes and journey to Otres Beach. Not much of a driver myself, I hopped on the back of Victoria’s and enjoyed the salty breeze and sprawling views of the red-earthed countryside. 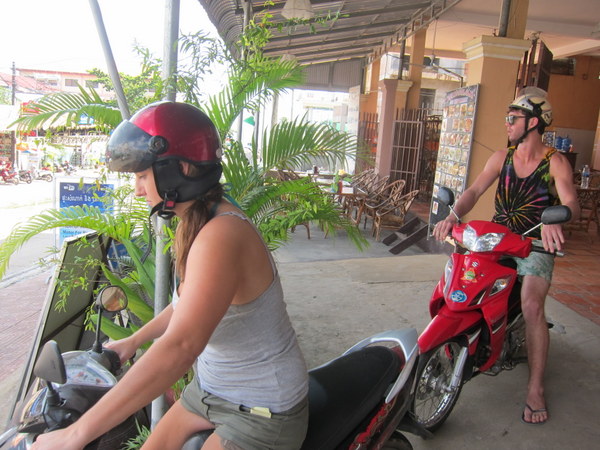 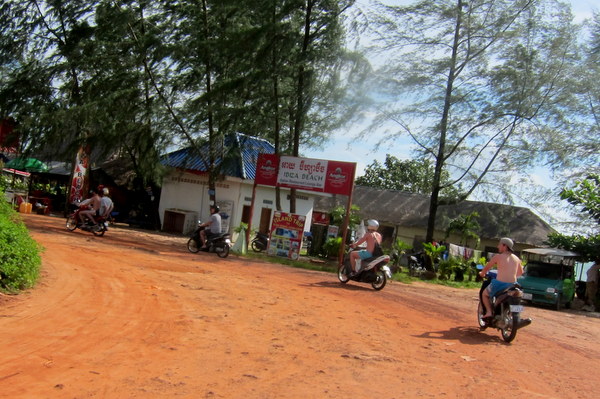 After dodging many cows, we arrived in Otres. 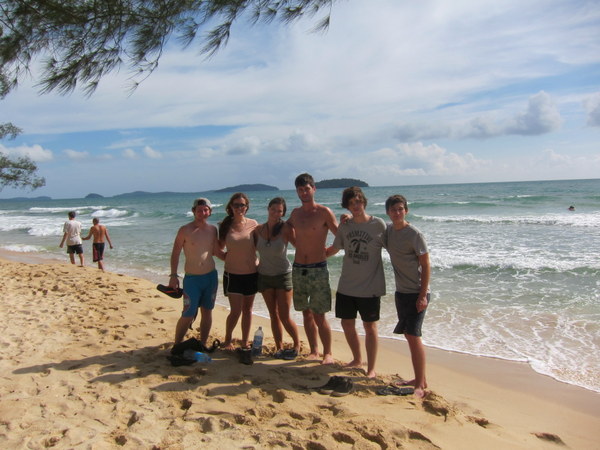 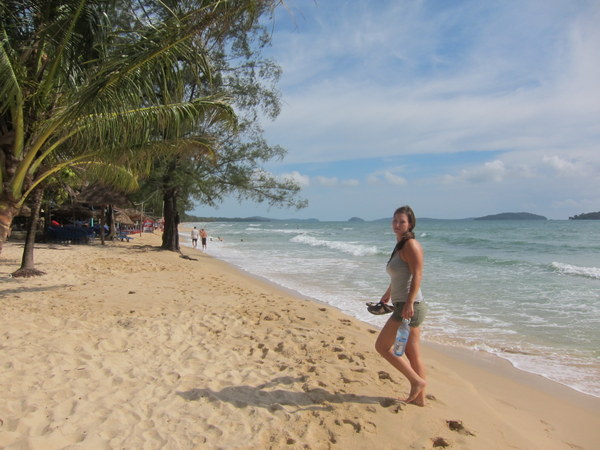 And there we spent the day just… relaxing. It was nice.

To my chagrin, the group did play many hours of pool. Despite playing pool nearly every day of my Southeast Asian trip and receiving countless lessons, I have shown no signs of improvement. None whatsoever.

So I quickly retreated to a beach chair where I spent several hours blissing out to Alt-J by myself and enjoying some tasty squid and noodles. Joy. 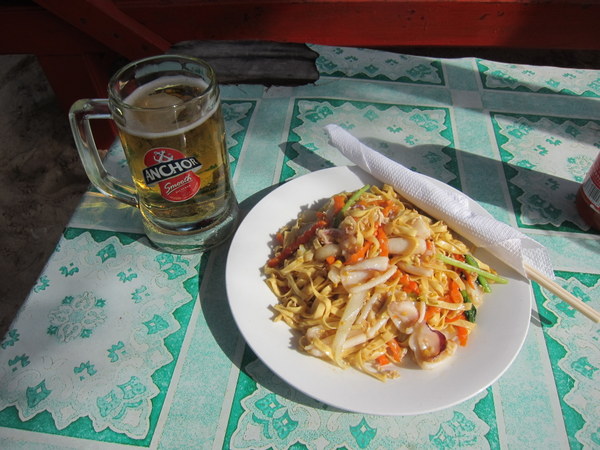 Delicious and inexpensive squid with noodles! And a not-so-delicious pint of Anchor. 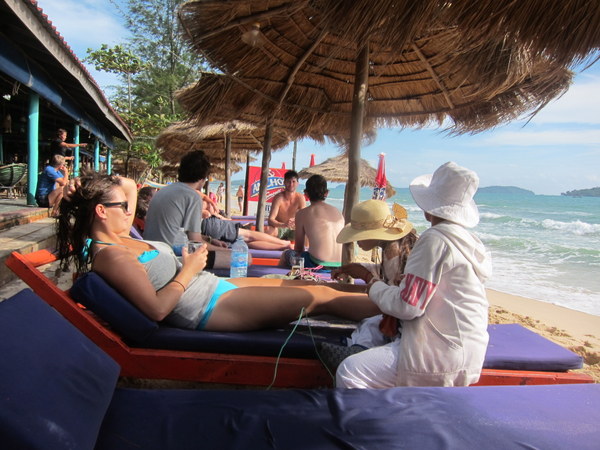 Victoria getting her legs threaded, Ouch! And suffering all the while with a smile on her face.

After I’d had my fill of tanning and indie music, I braved the rough waves. We soon came across an adorable and clever little Cambodian girl who wanted us to put her on our shoulders so she could fling herself off dramatically. At one point she requested I sing Justin Bieber’s “If I was your Boyfriend” with her. I obliged her.

I do have to note that I saw several 60-year old white men playing with four-year old Cambodian children in the water which made my stomach turn a little. Given that Cambodia is the child sex tourism capital of the world I really couldn’t help but imagine the worse. 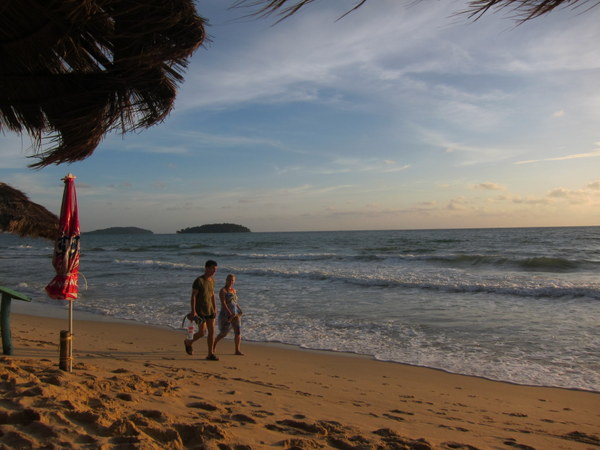 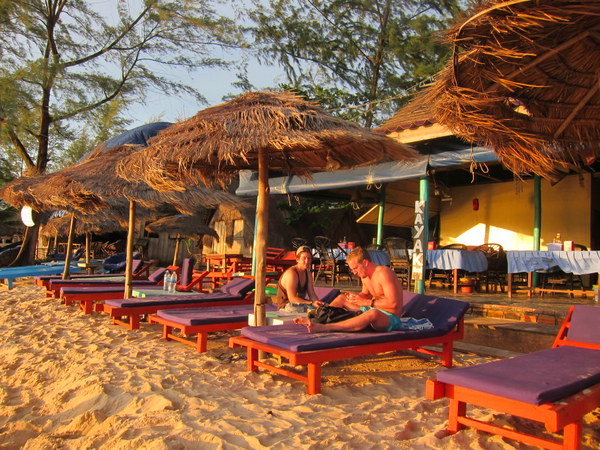 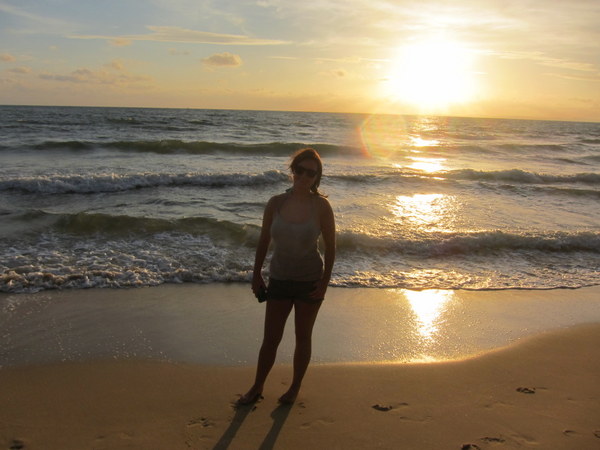 As the sun gracefully descended into the sea we hopped back on our bikes to find a nearby restaurant. As one girl panicked about missing the sunset, one of the English guys in the group quipped, “I reckon there will be one tomorrow.” Gotta love dry English humor. 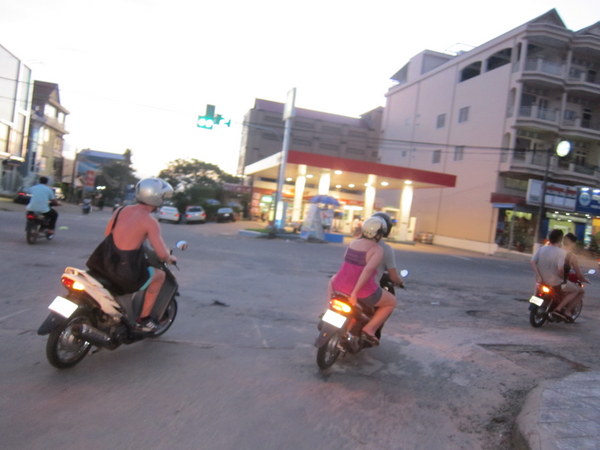 After a very mediocre dinner we headed back to the hostel, driving under the stars. And then the police stole our motorbikes. Yes, really.

So here’s what happened- we returned three of the bikes to the rental shop and parked two in front of the hostel. When we woke up the morning, the bikes were gone so we headed to the police station to file a police report. And what do you know? The two bikes were chained up outside. The cops told us that they “took the bikes themselves because they would’ve been stolen otherwise” and then insisted we pay them $10 per bike. Interesting logic, officers.

So if I have any advice for Sihanoukville, just take it for what it is. It’s a seedy party town on a beach. If you’re looking for nightlife, head to Serendipity, and if you want to chill out, choose Otres. Either way, don’t leave your motorbike unattended.

Food: The Dolphin Shack on Serendipity Beach serves up a great barbecue special for dinner with lots of skewered meats.

Stay: I stayed at Led Zephyr in Serendipity which is a good, inexpensive hostel with great AC (though the wifi was quite slow). It also has a central location in town. If I could do it over again, I would definitely make time to spend a few nights in Otres as well.

Visa: If you’re going to Vietnam after Cambodia get your visa in Sihanoukville, not Phnom Penh. It takes 30 minutes and is much cheaper than if you get it in Phnom Penh, considering you’ll just be paying someone to take your visa to the embassy in Sihanoukville anyway.

Have you ever visited Cambodia’s beaches? Or had a motorbike nicked by the police?

. . . . . . . . . . .
If you enjoyed this post please consider sharing it! Also, I’d love to keep you updated on my adventures in Asia and beyond, so feel free to subscribe to Ashley Abroad by email in the sidebar or connect with me on Twitter or Facebook.

26 thoughts on “Blissing Out on Cambodia’s Beaches”