Though I did make time for some delightful shopping and neighborhood scouting on my trip to London, I have to admit- my itinerary was definitely bogged down by the dreaded, “Things You Have to See.” 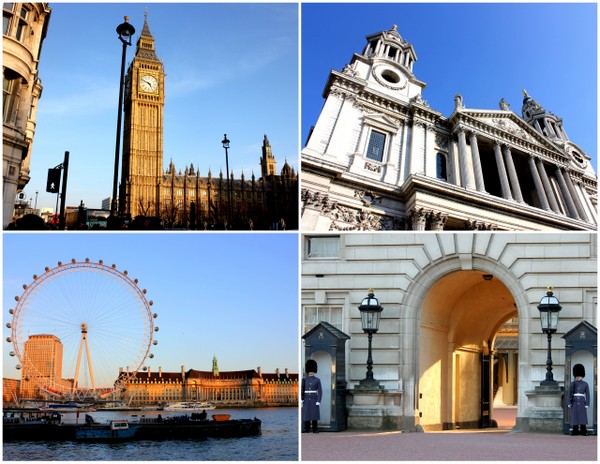 In travels past, “The Things You Have to See” have left me sweltering side by side with Japanese tourists at the Louvre, griping about mediocre, over-priced pasta in Florence and hiking the ridiculously touristy fishing villages in the Cinque Terre. (Sorry, Italy-enthusiasts- the Cinque Terre was definitely not for me.)

You know what I’m talking about. You have to see the Tower of Pisa. You have to walk the Great Wall of China. You have to pose with the Statue of Liberty in New York. You have to do all of this even if you aren’t actually interested. 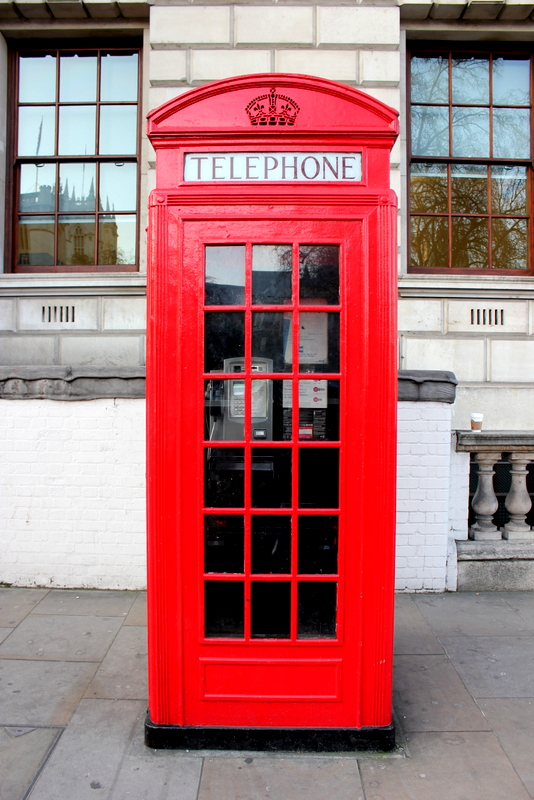 After years of being guilt-tripped by fellow travelers, my Lonely Planet guide, and myself, I have begun to appreciate extraordinarily random tourist destinations, like Finland or Uruguay, with very few pre-conceived “Things You Have to See.”

Unfortunately, London is not one of those places.

But, I tried to make the best of it- taking my time, breaking to collapse into large arm chairs with coffee and skipping the sites that were over-priced or not interesting to me.

The Tower of London 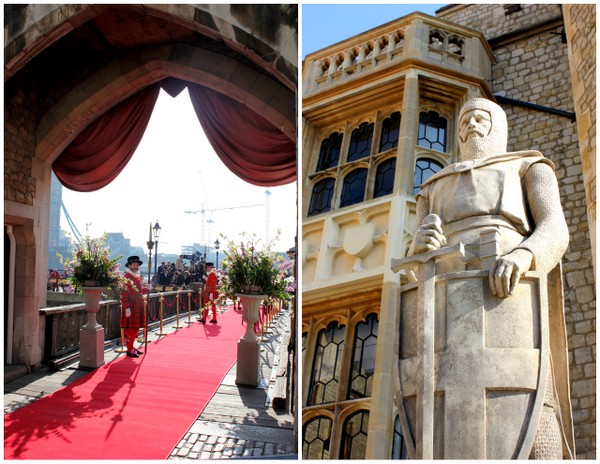 The Tower of London- a pricey but totally worth-it London attraction that boasts almost a millennium of history. Since 1066, the stronghold has hosted executions, held New World explorers prisoner and guarded the Crown Jewels. At various periods it has also served as a menagerie, treasury, armory and the home of the Royal Mint. 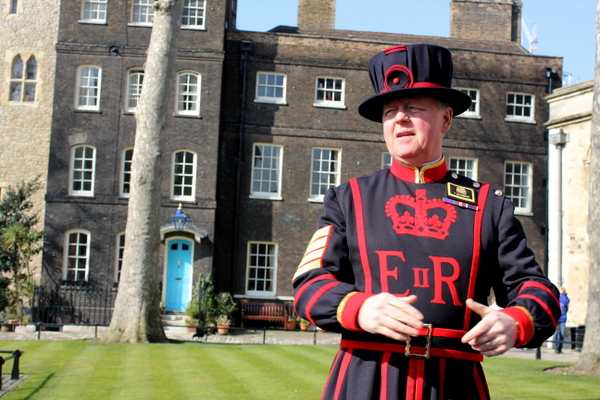 We decided to wait for the free Beefeater tour, and I’m so glad we did. Our very charming Beefeater was a total jokester, and began the tour by teasing the various Anglophone tourists. To the Americans, he said, “you could have had all this but you threw it away for tea taxes.” Touché, Mr. Beefeater. He then cheekily welcomed all of the Australians back home and told the Canadians he couldn’t wait to “Drink Canada Dry.” 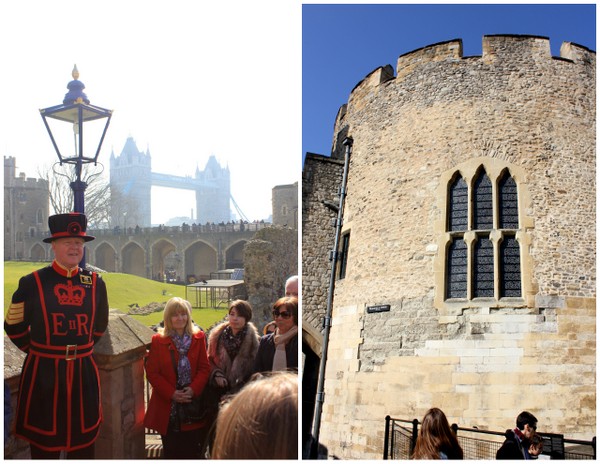 Verdict: Worth it. As a history lover I enjoyed learning about everything from the Norman conquest to Anne Boleyn’s beheading. Also, make sure to check out the glittery and opulent Crown Jewels while you’re there- it’s best to get your £21’s worth. 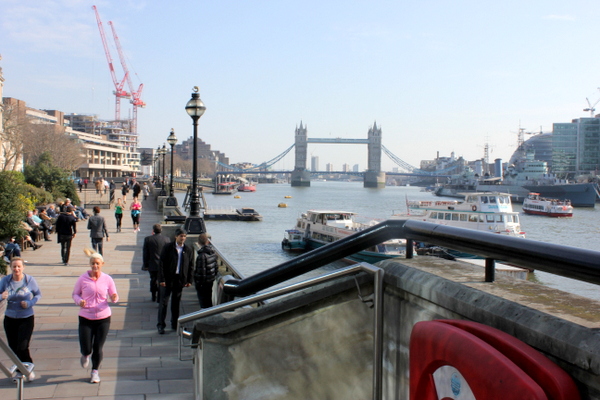 While we didn’t walk across Tower Bridge, we did take a few quick pictures and marvel at it from afar. Can you imagine taking your mid-corporate workday jog in front of such a beautiful and recognizable bridge?

Note- the nearby London Bridge was so lame that I didn’t take a picture, and has now been filed in my well-known things that don’t remotely deserve to be famous cabinent, along with French coffee, Cats and Charles Dickens’ entire body of work. 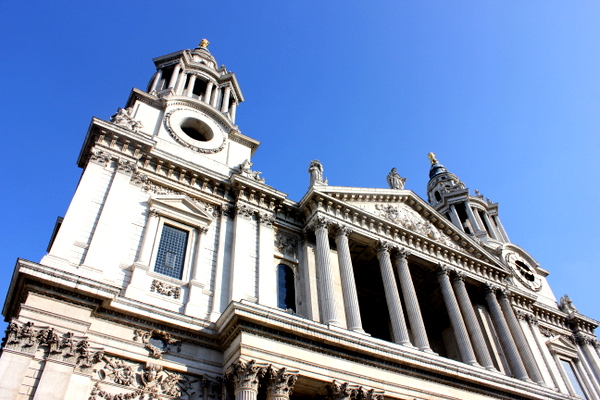 Something will always offend me about having to pay to enter a church- shouldn’t all of God’s children be welcome in the house of God?

Instead of paying admission like a real adult I snapped some pictures of the stark-white exterior, briefly entered, pretended to want a ticket and mosied on out. 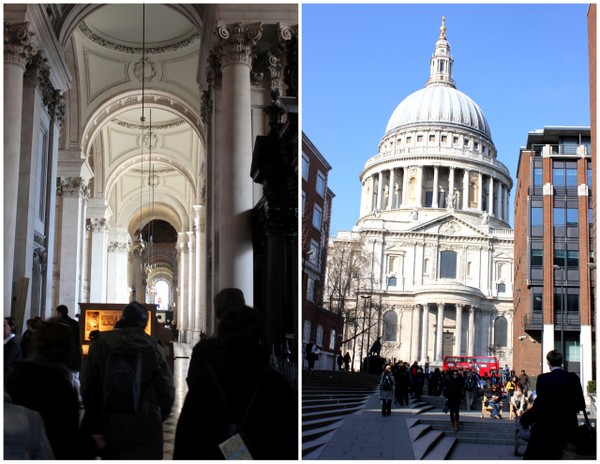 Verdict: As far as European cathedrals go this is not the most impressive. Plus, it was built in 1702 over the remains of the former St. Paul’s Cathedral which burned in the Great London Fire of 1666. Relatively speaking, it’s very young.

But if you’re interested in seeing the cathedral head in for a church service, which a more meaningful way to experience the church as well as a free one. For more info, check out my friend Julika from Sateless Suitcase’s tips.

The Victoria and Albert Museum 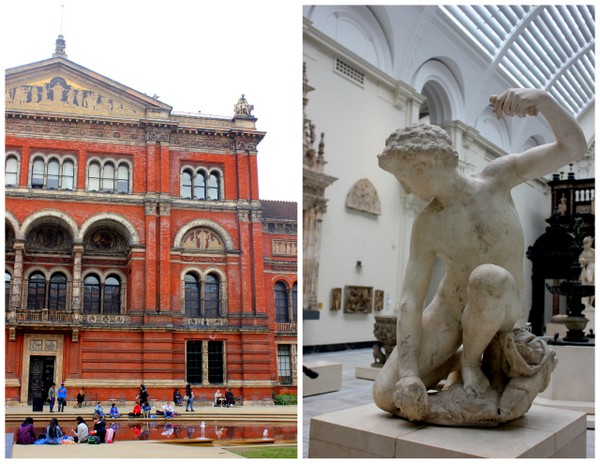 The Victoria and Albert Museum, built in 1851, is according to Wikipedia, “the world’s largest museum of decorative arts and design, housing a permanent collection of over 4.5 million objects.”

We spent a grand total of about 20 minutes in the museum because we were late for lunch. Although not my favorite museum, I did love the impressive Arabic art collection. 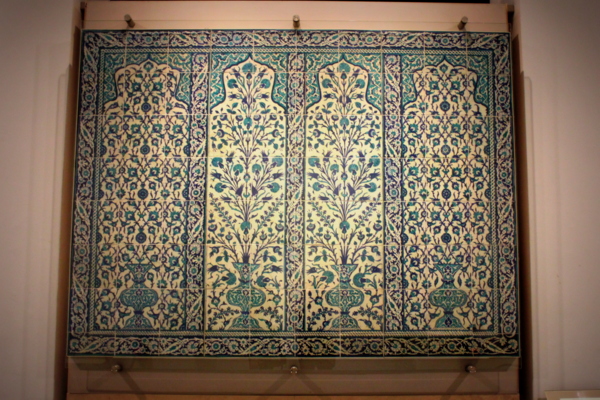 Verdict: No, not for me. I don’t really museums with such vast collections because they’re too broad in subject matter- I prefer more focused museums that feature one artist or time period. 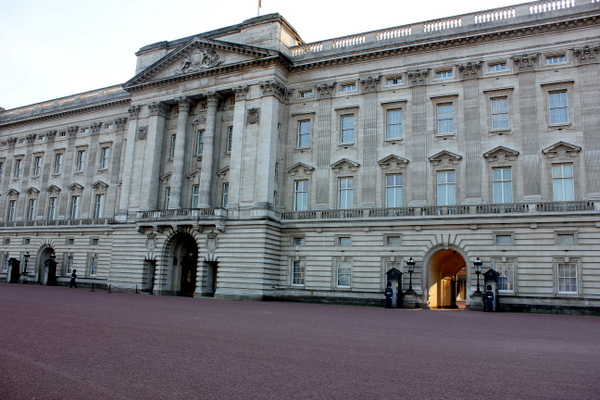 Upon spotting Buckingham Palace for the first time, my mind first went to the famous guards. Why are they in grey? And why can’t I pose next to them? 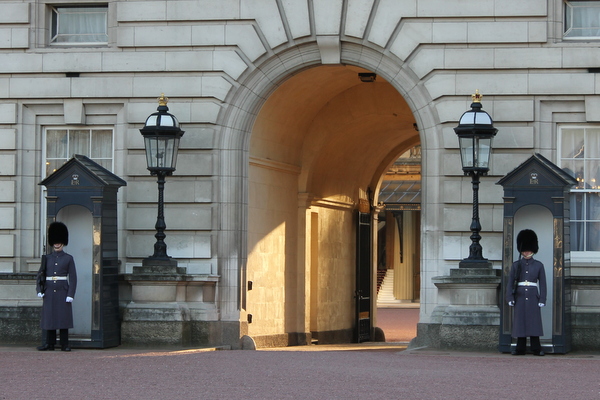 Mary-Kate and Ashley blatantly lied to me on this one- contrary to Hollywood belief, you are not permitted to steal their hats and pose goofily with them.

Verdict: Lame. I found Buckingham Palace to be completely under-whelming- but if you are a Royal Family enthusiast then you would probably warm up to it a little more than me. Luckily the beautiful and sprawling Hyde Park was only a stone’s throw away, so I occupied myself there instead. 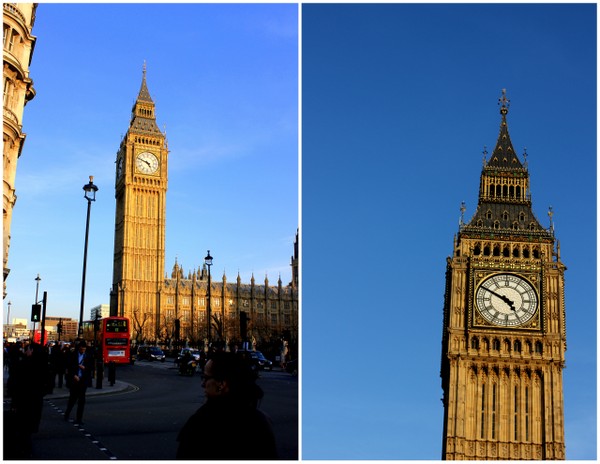 Big Ben- the classic symbol of London. And I have to say, upon seeing it in real life I realized it is a rather striking clocktower, especially when it’s dappled in golden afternoon light. 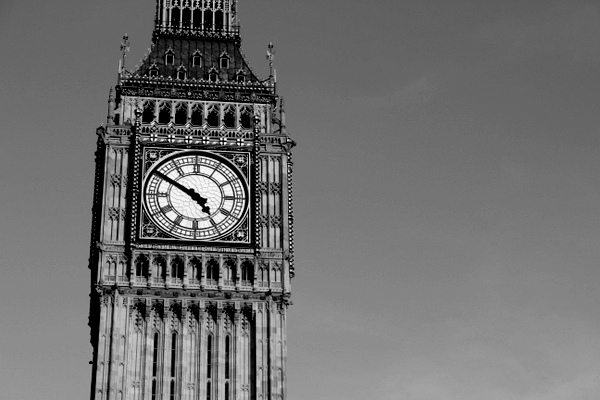 Verdict: Yes, very cool. Plus, it’s an easy site to cross of the list- all you have to do is have a look at it. 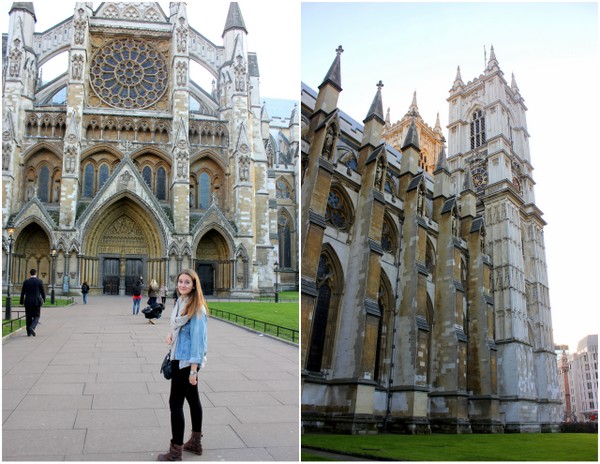 Again, I refuse to pay to enter a religious building, but they can’t stop you from having a photo shoot outside its gorgeous exterior, now can they? 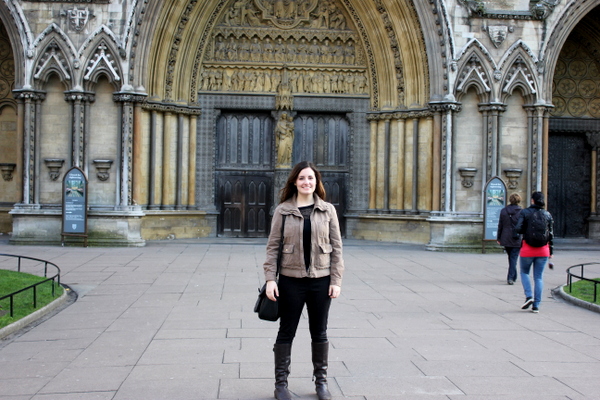 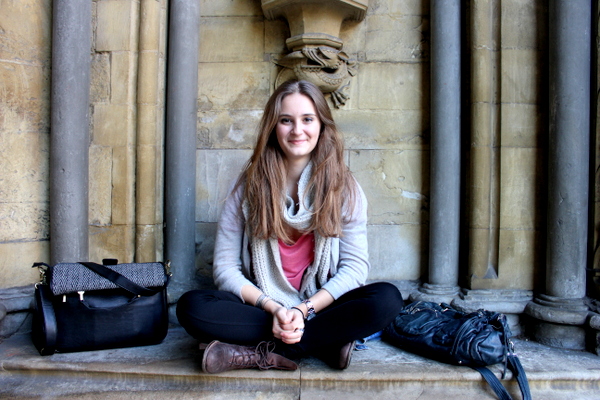 Verdict: I probably should have gone in considering the exterior is so impressive and the Abbey has so much history. Next time I will. 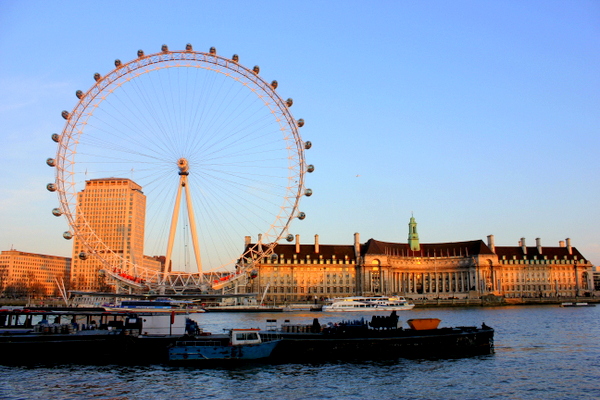 I’m starting to realize this is a failed tourist post, considering I was too cheap to do more than look at most of the sites. Due to a steep entrance price (£17!) I gave a pass to The London Eye, which has been revolving since 1999. 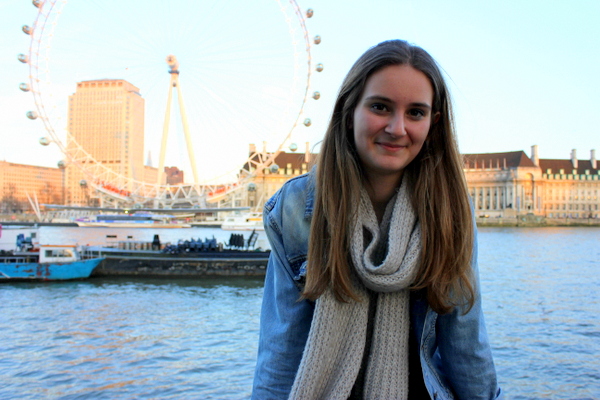 Verdict: No. I’m sure it affords nice views of the city but the London Eye is way, way too expensive. And in my book, a Ferris wheel will always be just a Ferris wheel. 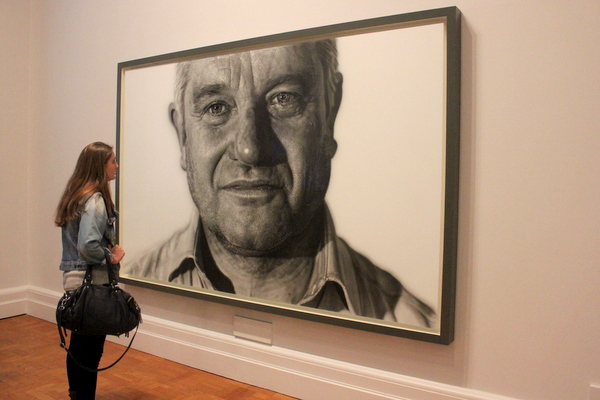 The National Portrait Gallery was an incredible gallery, and incidentally, free! The first floor held a series of extraordinary contemporary portraits- I truly cannot recommend them highly enough.

The final verdict on “The Things You Have to See”? Well, you should probably check out the really big ones when you’re in a tourist attraction heavy city like Paris, London or Rome. But mainly, just tailor your travel itinerary to your interests, whether they be war history or house music festivals, oyster cultivation or Impressionist art. While I enjoyed the Tower of London, I have several non-history buff friends who would have been bored to death visiting it.

And as far as London goes, there’s so much more I want to see on my next visit to London. (Tate Modern, I’m looking at you.) But for now, I think I’ve done alright.

Do you also get annoyed when your itinerary is filled with “Things You Have to See”? Do you think you really have to see them?