When I remember my 2009 semester in Buenos Aires, too many “nevers” come to mind. I will never be 19 again. I will never drink so much malbec that I jump into a pool fully clothed. I’ll never eat choripán with chimichurri on the street with friends, laughing like crazy. And a small but deeply cynical part of me believes I’ll never see South America again, a continent that shaped me in my teenage years and has more of an emotional hold on me than any other. 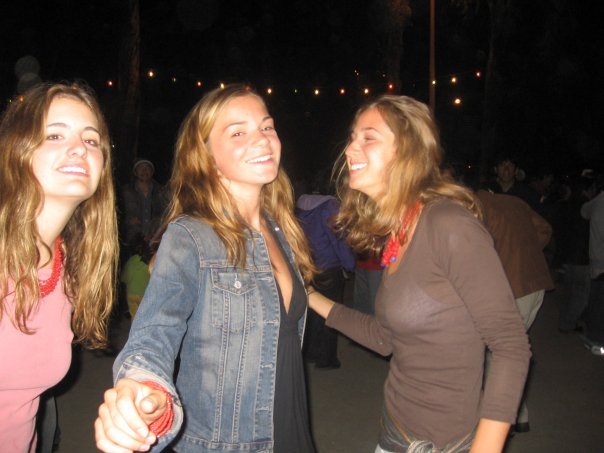 South America first ensnared me when I was 15. I flew to Ecuador on a group trip, hoping to learn a little Spanish and embark on my first international trip without parents. Honestly, a month in Ecuador was more than I had bargained for: glacially cold showers in the countryside, men staring at me unabashedly and a level of grime and squalor that I had never seen growing up in suburban Michigan. I went completely broke halfway through the trip and could barely afford breakfast.

But then there was the black, syrupy coffee, the morning haze over the Andes, the smiling locals encouraging me to practice my broken high school Spanish.

Four years later, I returned to South America to study abroad for a semester in Buenos Aires, Argentina. It was a semester full of new love, empanadas and 6 a.m. cab rides. 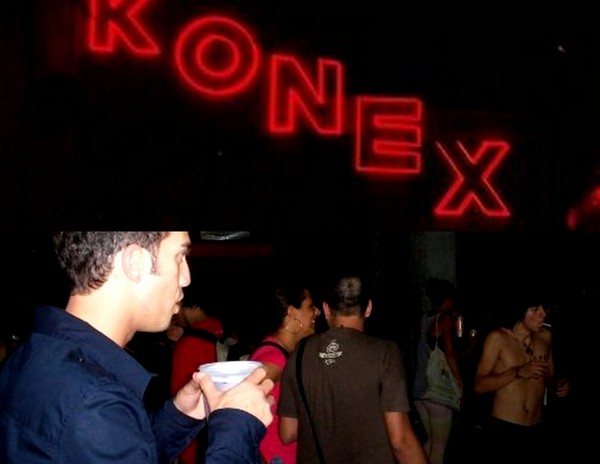 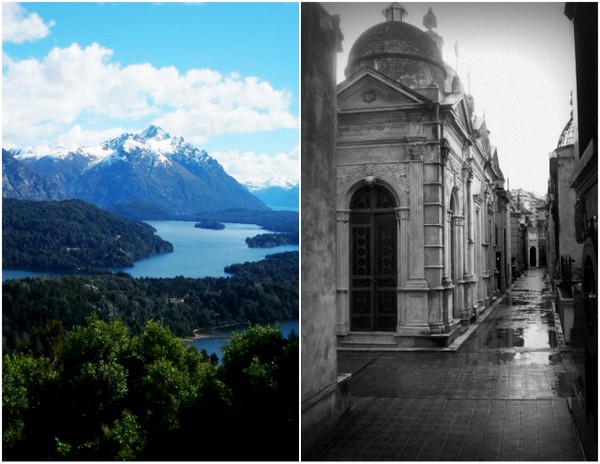 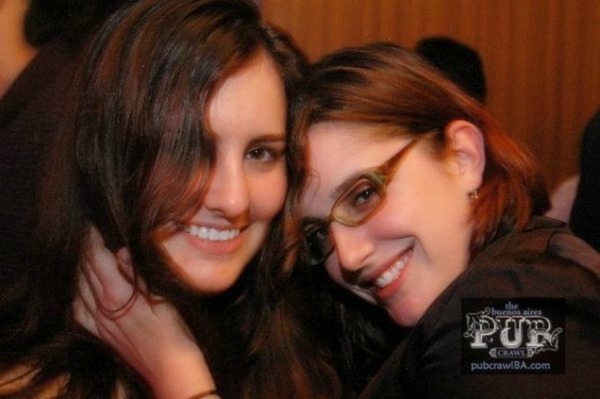 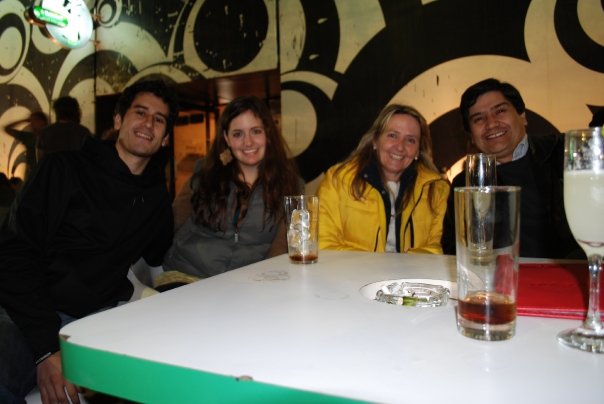 For the next few years, I returned to South America as often as possible to visit the Chilean who now had my heart. We spent happy weeks exploring both Argentina and Chile, experiencing everything from combing Valparaíso’s hills for street art to white-water rafting in Puerto Varas.

And then for reasons too complicated to explain here, I ended our super long-distance relationship and it was the hardest thing I’ve ever done. The person who was my best friend, my  safety net, my future, was suddenly gone. So I tried to forget- and in order to forget him I had to forget South America too- my memories of both were just too entwined with one another.

But how could I forget standing in the mists of Iguazú, hearing the waterfalls crash below me? 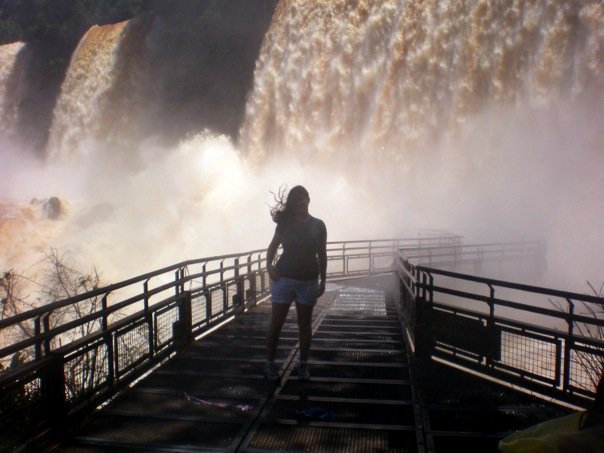 And strolling through Recoleta Cemetery, the city of the dead, during a rainstorm on Halloween? 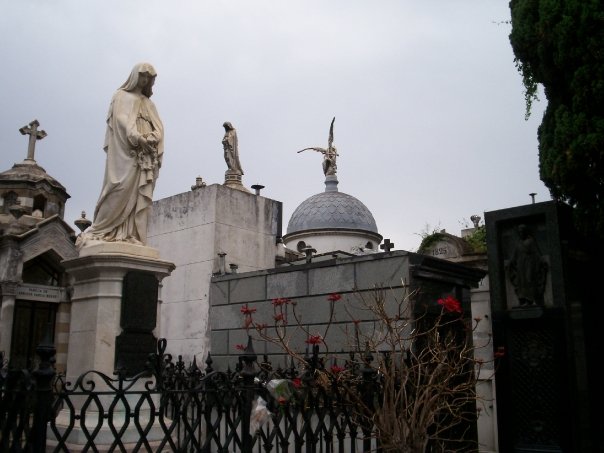 And taking a sunny, Soda Stereo-filled cruise across the Río de la Plata to Uruguay? 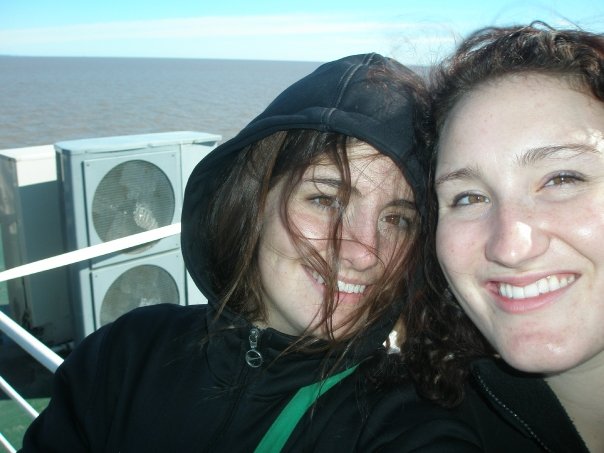 How could I forget a continent that held my hand and robbed me and whispered Spanish lullabies into my ear? A continent where I hiked so high in the Andes that I couldn’t remember how to pronounce oregano? A continent where I made promises that were supposed to last a lifetime, where earthquakes shook me, where I carved my name into agave leaves and rode horses down Pacific beaches? 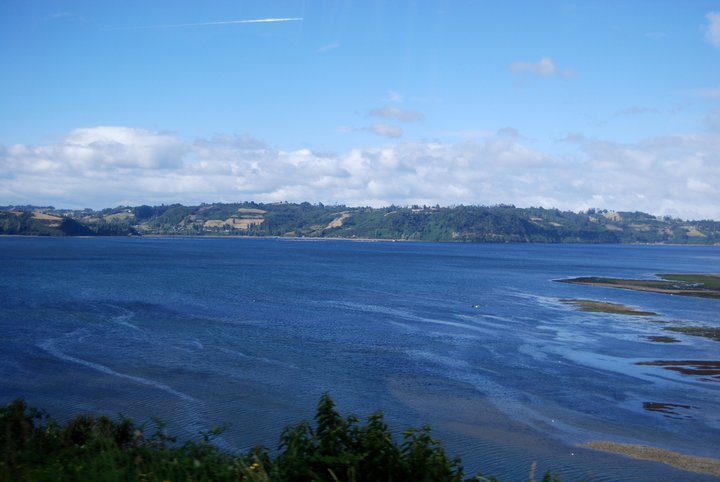 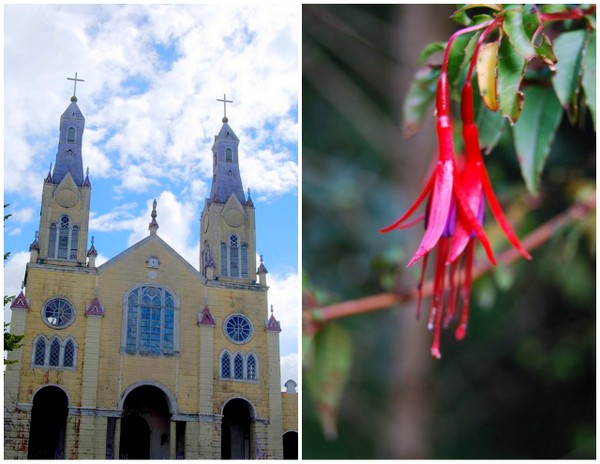 I said goodbye to him, but I also said goodbye to South America. And almost two years later, this is what I have taken away from my first heart break- you don’t really stop loving that person, you just try to stop thinking about him. And eventually the love you had becomes a fond but distant memory, and you regard the silly, younger, lovesick version of yourself as someone else entirely.

For months after the break-up I couldn’t bring myself to speak Spanish because he had taught me almost every word- when I spoke it was like I could hear his voice. And out of nowhere certain triggers would leave me sobbing on the bathroom floor: the scent of burning wood and bus exhaust, the taste of lemon, the thump-thump-thump of reggaeton. Because for a flash I would believe that nothing had changed, that both he and South America were still a part of my life. 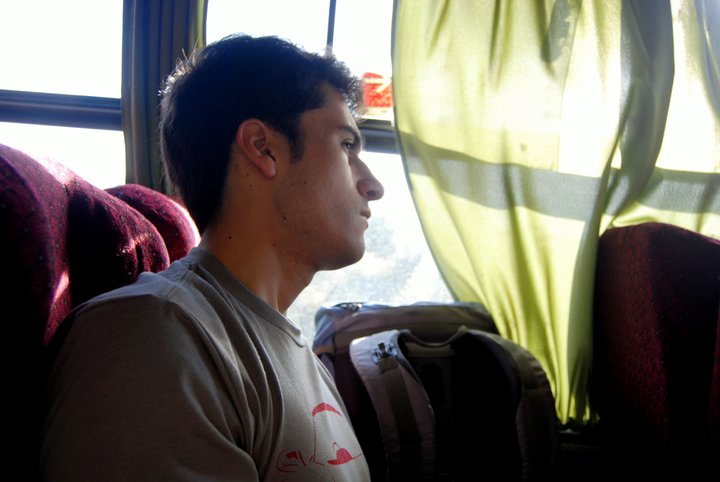 But slowly, ever so slowly, my heart healed. I stopped feeling so angry at him and at myself and at the world for keeping us apart. And my Spanish came back, a language I love more than any other, one that has become as much a part of me as the blood in my veins.

But I’ll be honest- it still hurts sometimes. My heart aches when I see a travel blog post about Argentina or Chile, or my beloved, wild and perfect Patagonia. But my stomach really drops when I see posts about Santiago. Or when I’m at the airport and I read “SCL” on the list of departures, my breath catches- because I won’t be getting on that flight. 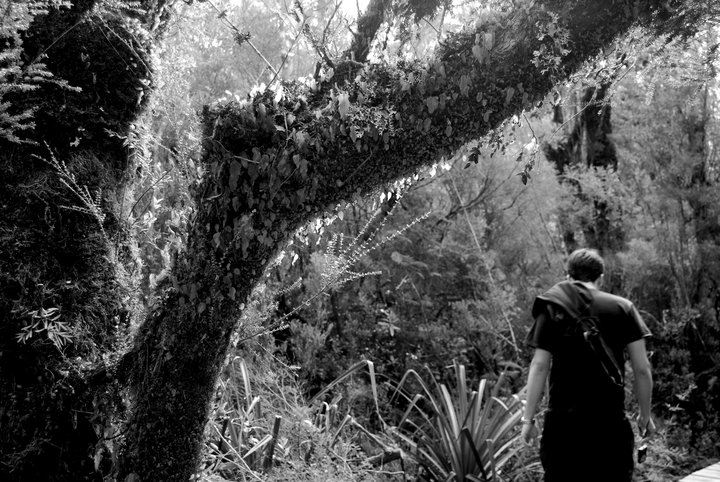 I’ve never shared anything so personal and raw in this space- and I’m not sure if it’s the right choice. But somehow it feels right- my life is so much more than French chateaus and pains au chocolat, and you deserve to know that.

I can’t go back to everything, but I can go back. And someday I truly, truly hope that I will. 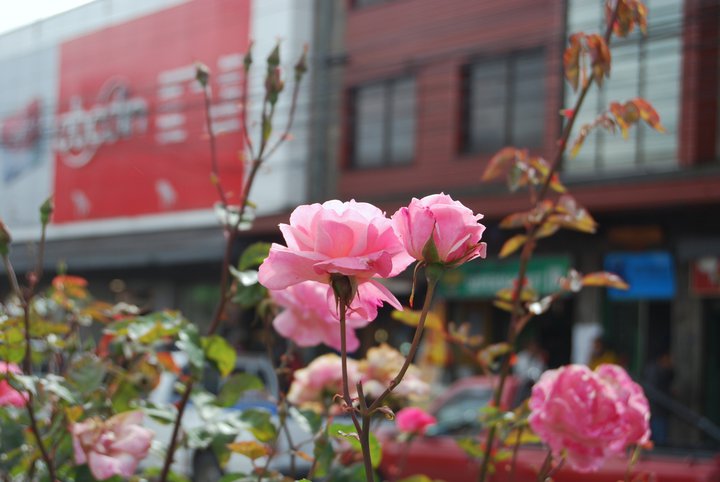