My first memory of the Hagia Sophia goes back to when I was an adventure-starved 15-year old learning about the Byzantine Empire in history class. As we watched a video about the Hagia Sophia, I quickly became entranced with the Hagia Sophia’s age, her golden walls and her unique melange of Byzantine, Roman and Arabic history.

At 15, the only place I had been was Sarasota- it never occurred to me that someday I would make it all the way to Turkey and actually see the Hagia Sophia.

But see the Hagia Sophia I did. And it lived up to my extraordinarily high expectations. Actually, it exceeded them. 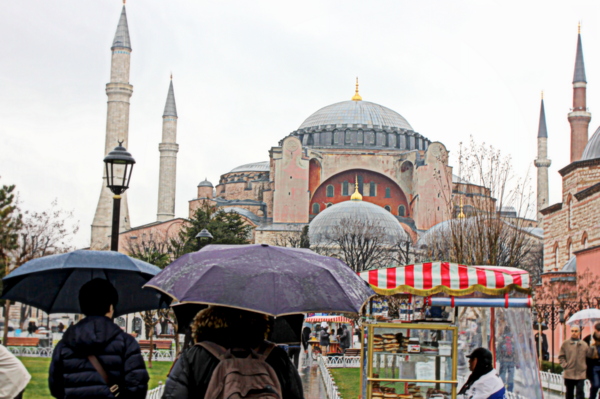 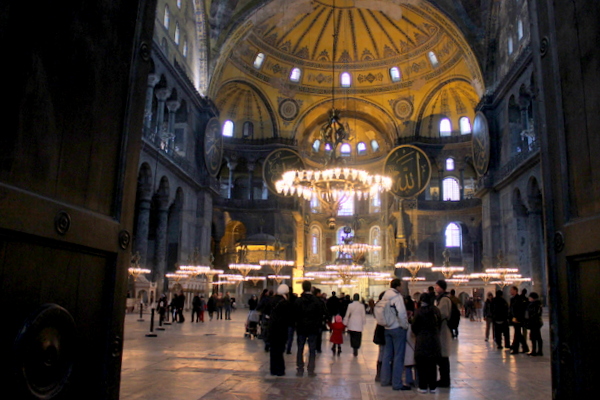 My first glimpse of the Hagia Sophia left me open-mouthed and unable to stop clicking photos- it was truly one of the most beautiful things I’ve ever seen. 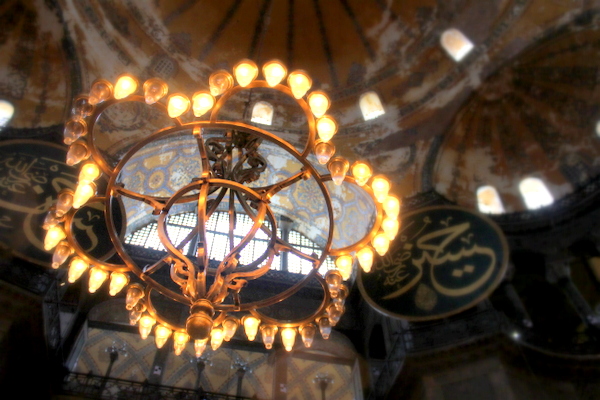 Walking around I could spot evidence of the building’s many incarnations- it was first constructed as a Byzantine basilica, then briefly transformed into a Roman Catholic cathedral, then served as an an imperial mosque for almost 500 years and now exists as a museum. 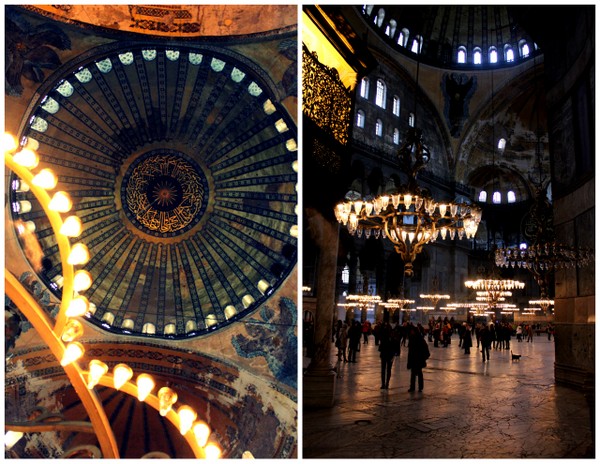 Construction of the Hagia Sophia began in 530 AD. I mean how can you not be in awe of a building that’s been standing for almost 1,500 years? This building has endured earthquakes and fires. It has been ransacked by Latin Christians and pillaged by Muslim armies. Icons have been built, stolen, then put back. Frescoes have been plastered, painted over, and hundreds of years later revealed once again. 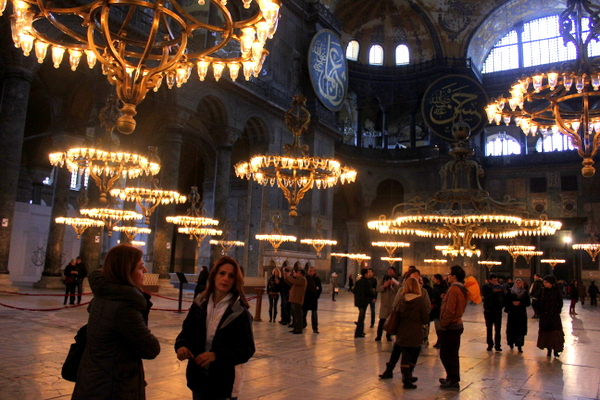 When Sultan Mehmet, a Muslim conquerer, laid siege to Istanbul in 1453 AD, the church quickly became a refuge for the city’s Christian inhabitants. Once the city fell Sultan Mehmet converted the Hagia Sophia into a mosque, and all those who had been trapped inside of the church were then enslaved or slaughtered. 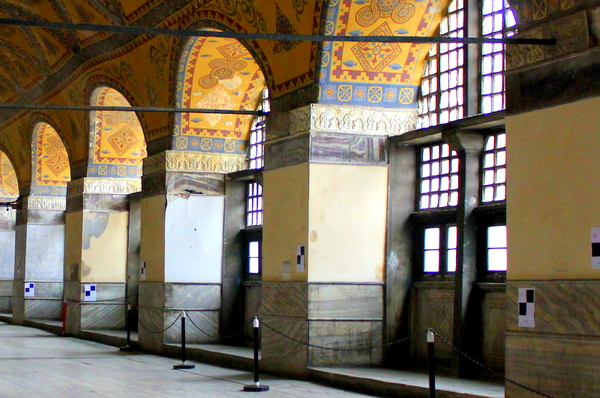 The Hagia Sophia must be crawling with ghosts, and the air there felt still, quiet and cool, reverberating with echoes.

An example of one of the Byzantine frescos that were covered with plaster and recently uncovered. 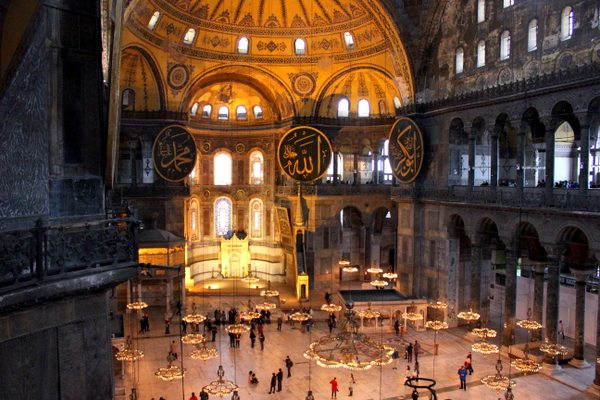 What I loved most about the Hagia Sophia was the fusion of two architecture styles so different: the almost Corinthian marble pillars, the gigantic placards emblazoned with Arabic script and the golden mosaics of Christ and Mary all blended together in such a memorable way. 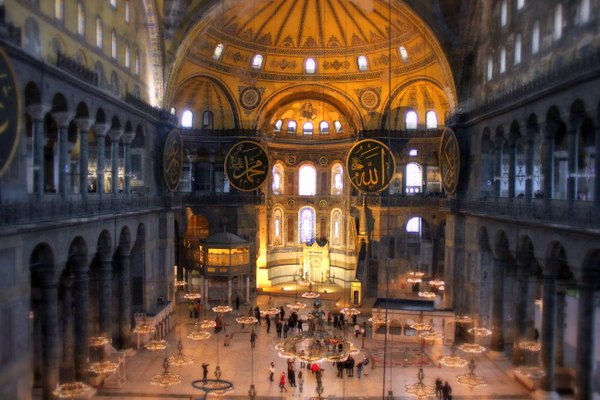 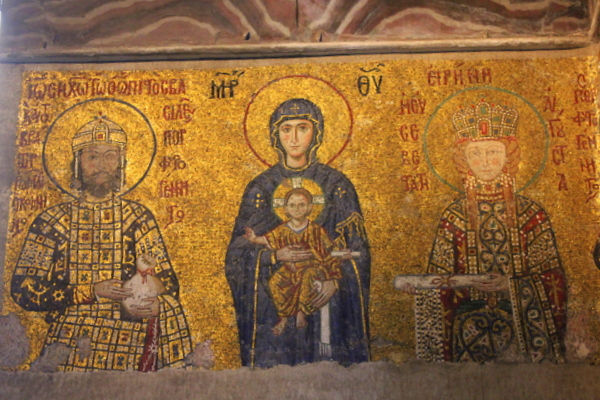 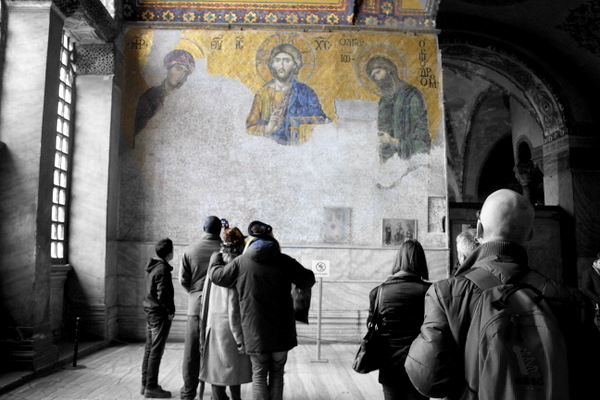 These mosaics used to extend much further down- but under the Muslim rule the tiles were sold to visitors who believed the tiles to be talismans. 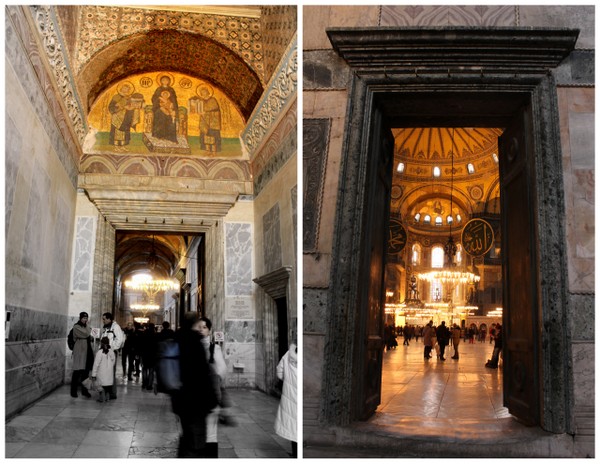 Of all of the things I have been lucky enough to see in my life, this was one of the most beautiful.

Have you visited the Hagia Sophia?

15 thoughts on “Finally Laying Eyes on the Magnificent Hagia Sophia”