This week, I left Kampala, Uganda, after living there for almost a year. While I’m happy to be back in the states, I’m already missing my home away from home in Uganda’s capital.

Which isn’t to say that living in Uganda didn’t frustrate me; at times, it did. But overall I really enjoyed living in Uganda. I made incredible friends, enjoyed a high quality of life, and had some once in a lifetime experiences (e.g. mountain-biking with zebras).

Someday, I’d love to move back to East Africa. But in the meantime, here’s what I will and won’t miss about living in the Pearl of Africa. 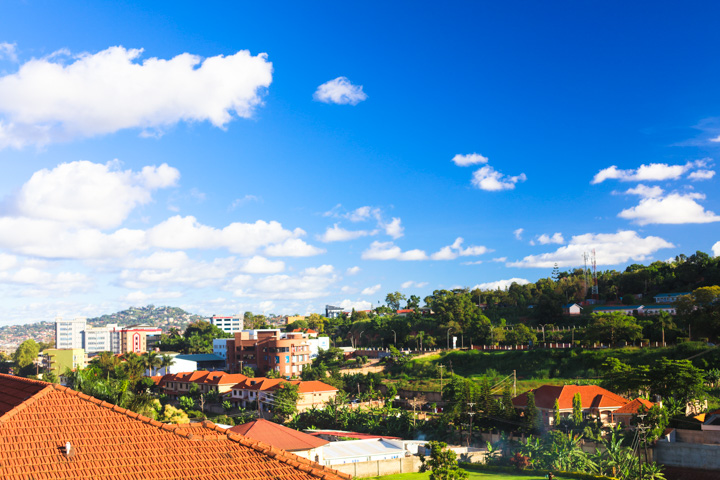 You can’t complain about 75 degrees and sunny every single day.

The avocados, mangos, and passionfruit

The tropical fruit in Uganda is bar-none. Words can’t explain how much I will miss $1 avocados the size of a football. 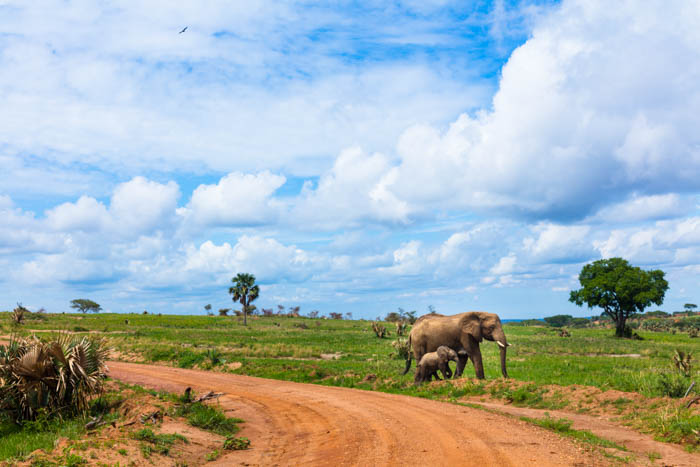 Living in Kampala, it’s easy to do some pretty amazing weekend trips. If you’re brave enough to face the pothole-ridden roads, you can spend your days off white-water rafting on the Nile, mountain-biking with zebras, or going on safari. 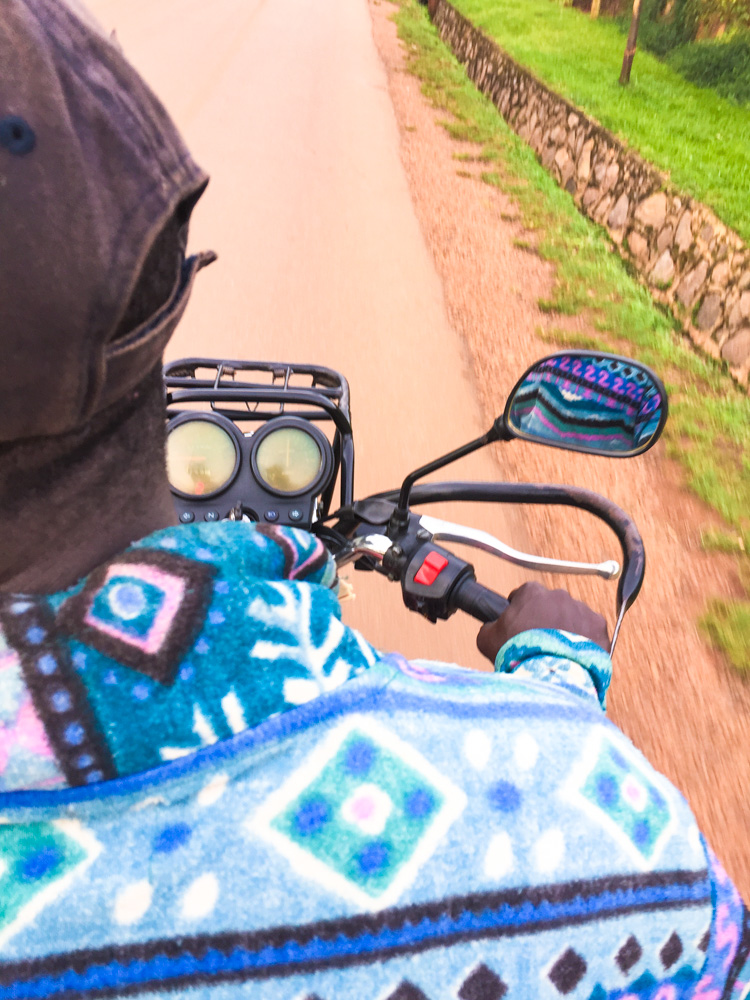 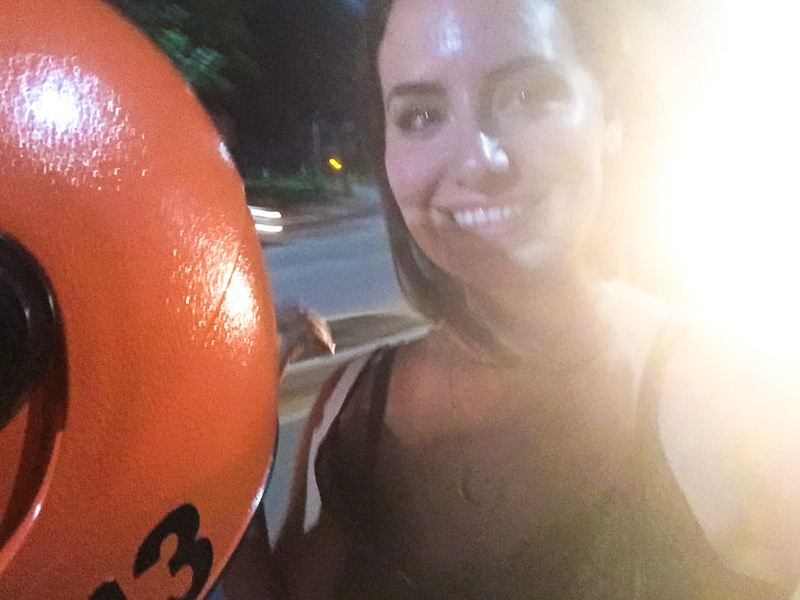 Riding bodas was my one of my favorite parts of living in Kampala – I loved going fast and feeling the wind in my hair. (Though I usually wore a helmet, I promise!)

But what are bodas? Boda bodas are motorcycle taxis that usually cost between $1-5. They’re the fastest way to get around Kampala as they allow you to weave through dense traffic. 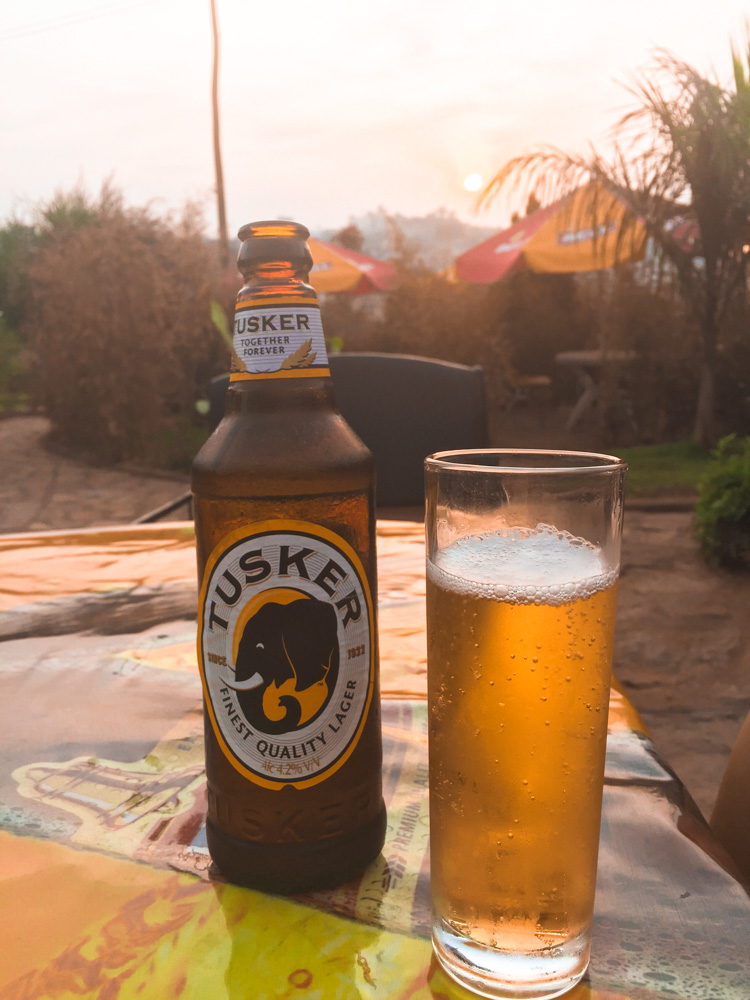 My absolute favorite time of day in Kampala was around sunset. Most evenings, I’d enjoy a sundowner on a friend’s porch, watching the Kampala skyline turn hazy and orange. Bliss.

It took me a few months to find friends in Uganda. But once I did, we were thick as thieves relatively quickly.

My friends in Uganda were such interesting people; they hail from everywhere from France to the U.S. to Kenya, and many have lived all over Africa.

Most of my Ugandan friends were ‘diasporan’ Ugandans, or Ugandans whose families left during the regimes of the ’70s and ’80s but later returned. 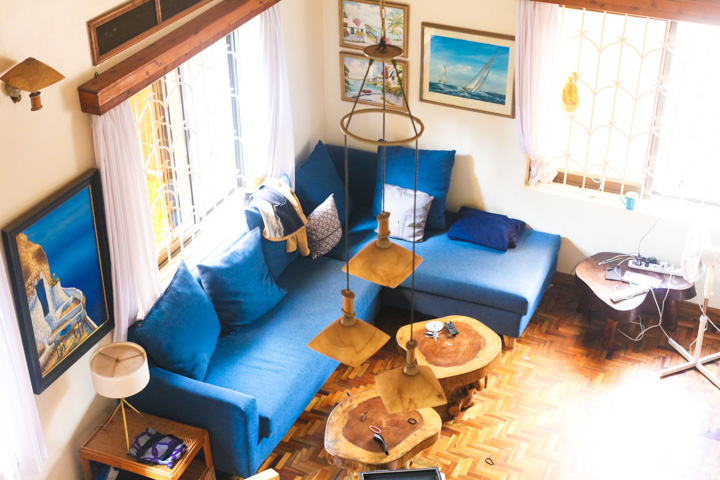 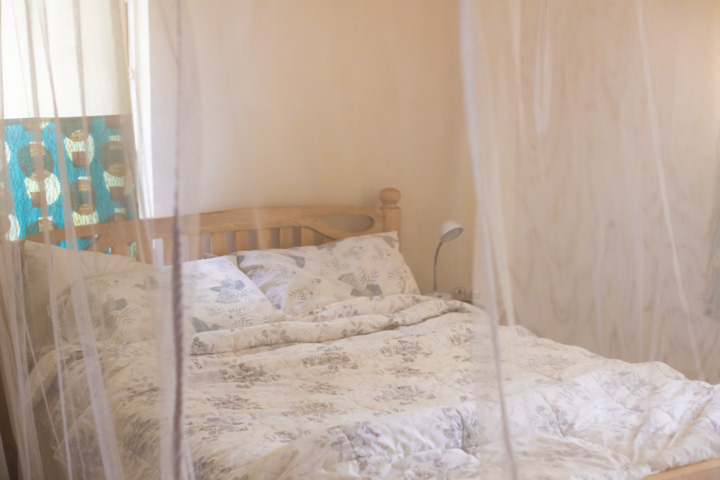 In Uganda, I spent a lot more time at home than usual. I think that’s because my house was such a peaceful retreat in the middle of a hectic city. I’ll miss everything from the high ceilings and cool marble floors to the over-productive avocado tree in the yard.

But most of all, I’ll miss my room, which I nicknamed the aviary because of how loudly the birds sang every morning. I’ll miss waking up naturally to light streaming through the Kitenge curtains, ensconced in my bed’s gauzy mosquito net. 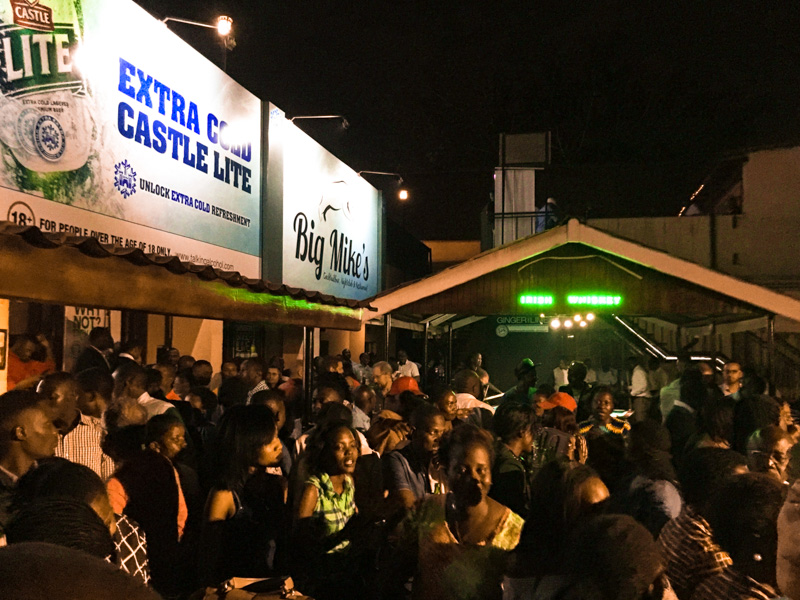 As much as I enjoyed being a homebody in Kampala, I also loved going out. My friends and I frequented a wide variety of locales: a smokey, dirt-cheap casino, a trendy rooftop bar in the industrial area, a dancehall club in the back of the Ethiopian restaurant, a swanky karaoke lounge in the basement of a Chinese hotel.

Plus, I absolutely love the music they play in Kampala, which is usually West African music from Ghana or Nigeria.

Massages in Uganda were so affordable that I usually got one a month.They cost around 60,000 Ugandan shillings, or about $16.

Kampala is home to a large population of Indian-Ugandans, so the Indian food is absolutely delicious. (If you’re ever in Kampala, get the butter chicken at Copper Chimney and thank me later.)

S/O to Kampala’s Ethiopian food, which is also fantastic.

What I won’t miss:

The lack of seasons 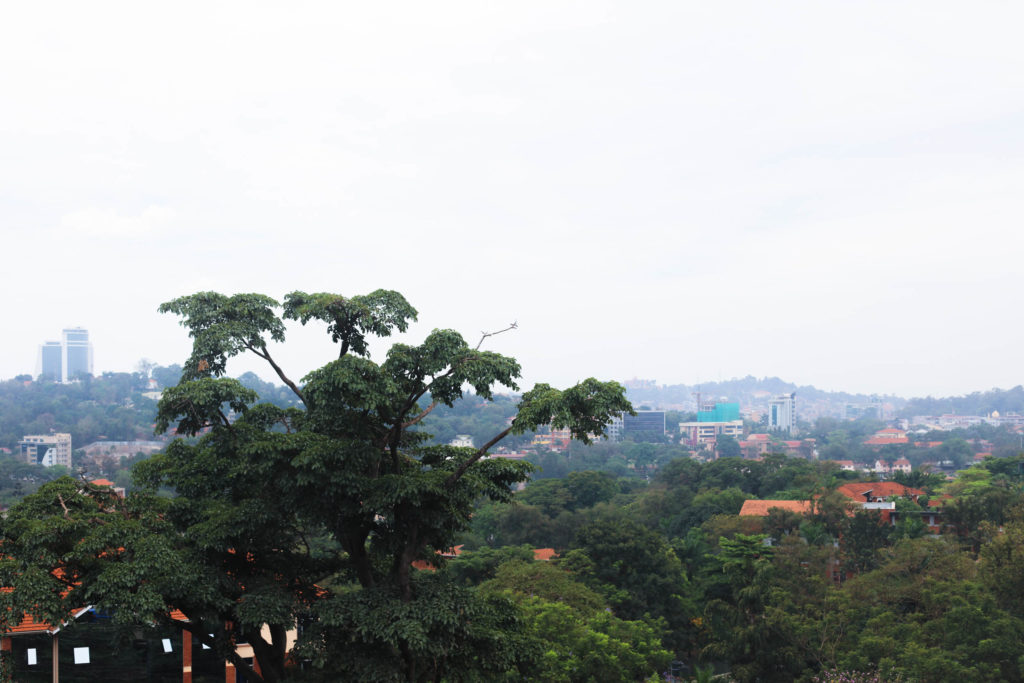 Living on the equator taught me that I love and need seasons.

In Uganda, the weather is basically the same all year round, and the sun rises and sets at the same time every day. I found the lack of seasonal changes disorienting; sometimes I would wake up and wonder if it was February or June.

For some reason, I rarely slept well in Uganda. I think it was mainly due to the noise; I could hear street dogs barking outside our house, and the two nearby mosques broadcasted the call to prayer via a super-loud megaphone (sleeping during Ramadan was extra challenging).

And quite honestly, when I was home alone I was always a little scared of someone breaking in, which happened to several friends of friends.

I moved to Uganda in February, which is the peak of dry season. It was intensely hot, and very few places in Kampala (including our house) had AC.

The transience of the expat community

Many expats come to Uganda under a work contract; most contracts last a year or two, but some last for as little as three months. It was heart-wrenching to make friends and have to say goodbye only a few months later.

In Uganda, you get a lot of attention as a white person. When I walked the streets kids would shout ‘mzungu, mzungu’ (which roughly means ‘foreigner’), and oftentimes, ask for money.

While Ugandan men don’t catcall much, I got a lot of unwanted attention when I wore skirts or shorts. Similar to South Asia, in Uganda it’s ‘suggestive’ to show your legs (but curiously, not your breasts or abdomen).

The traffic. (Or as Ugandans say, the jam)

Sometimes the traffic in Uganda is so bad the driver just turns off the car. Getting to the airport took up to five hours, even though it’s only 27 miles from Kampala. 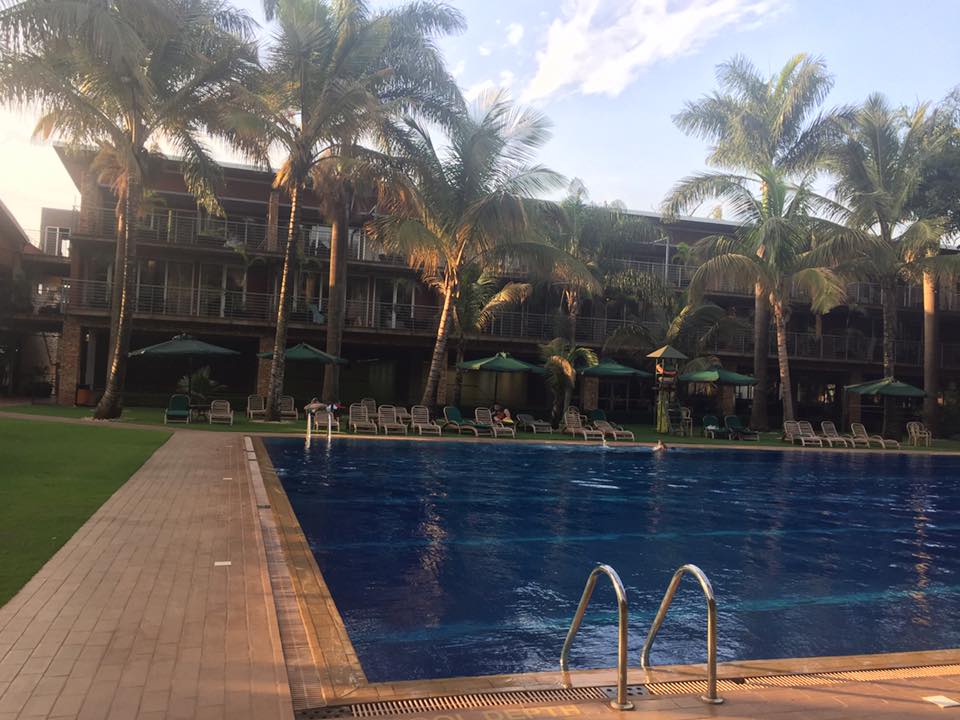 This was probably my fault, but my lifestyle was pretty repetitive in Kampala; run errands at Acacia Mall, attend a pool party, pick up bread at Bbrood bakery, work out at Kabira Club, rinse, repeat.

I think this was because there’s not that much to do; Kampala lacks outdoorsy activities like hiking or skiing or basically anything else I did in Colorado. The nearest place to do something outdoorsy is Jinja, but that’s still two hours away.

The dairy products in Uganda are uniformly terrible: the milk, yogurt and eggs leave a lot to be desired. These eggs with white yolks are pretty standard in East Africa – bleurgh.

Kampala has Uber, which makes life so much easier. But unfortunately, calling an Uber is not so simple; drivers often cancel if you want to pay via credit card, don’t know where you are because they won’t turn their data on, and some drivers don’t know how to read maps.

The wait-time for meals.

In Uganda, it’s not uncommon to wait more than an hour for a meal. Basically, don’t go to lunch hungry.

Men taking selfies and ‘accidentally’ including me.

This happened way more often than it should have.

Have you ever lived abroad? What do you miss (or not miss) about it?