You can read about part one of my Kuari Pass trek here.

After three days of trekking, I finally started to get the hang of hiking. Okay, fine- both sleeping in a sleeping bag and uphill hiking were still miserable, but I was acclimating. And as we ascended higher and higher into the Himalaya, it was so beautiful I could almost forget my badly blistered feet. 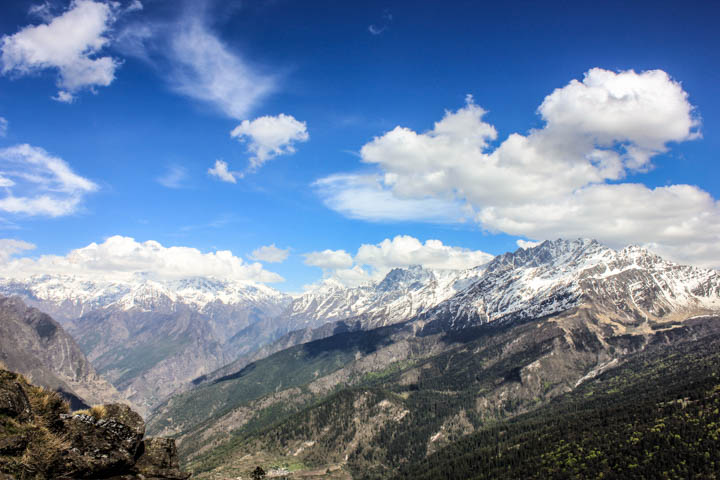 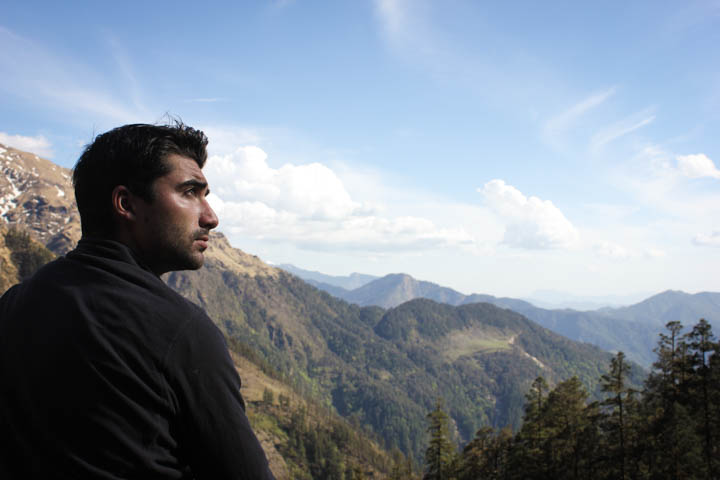 On day five we passed a flock of long-haired goats. The goatherd told us that one of his goats had broken a leg and he had to slaughter it. Would we like to buy a leg?

Why, yes. We would. And I will never forget watching our mule walk by with a freshly skinned goat leg in the saddlebag, hoof up. Hygiene, schmygiene.

That night we sat down for goat stew, and I can’t remember anything so satisfying. Ever. The goat was surprisingly tender and blanketed in a rich gravy. And after five meat-free weeks, the goat stew might as well have been a medium-rare ribeye with béarnaise sauce.

We awoke early on day six to hike to the top of the Kuari Pass. I knew the hike would be trying, so I used precious iPhone battery reserves to listen to music.

The ninety minutes to the summit were a battle. I paused to catch my breath frequently, and tried to bar negative thoughts which were invading my mind at an alarming rate.

Ultimately I felt ashamed for being the slowest hiker, and I couldn’t decide if it was my body or my mind that was the problem. In retrospect I know I was being too hard on myself; I was hiking the freaking Himalayas, jeez! But at the time I was beating myself up every step of the way.

The only consolation prize was seeing a Himalayan mouse on the trail. It was round and furry like a chinchilla, but brown in color. As far as rodents go, quite cute.

Once we crested the Kuari Pass, we were rewarded with the Himalayas in all their snowy glory. 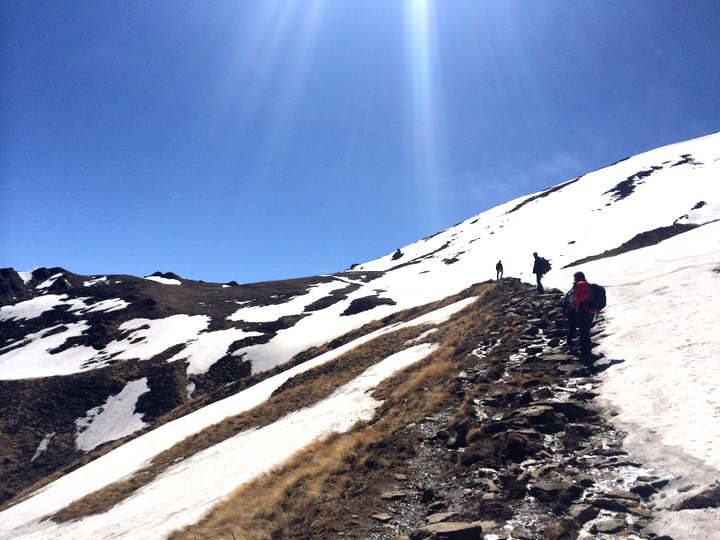 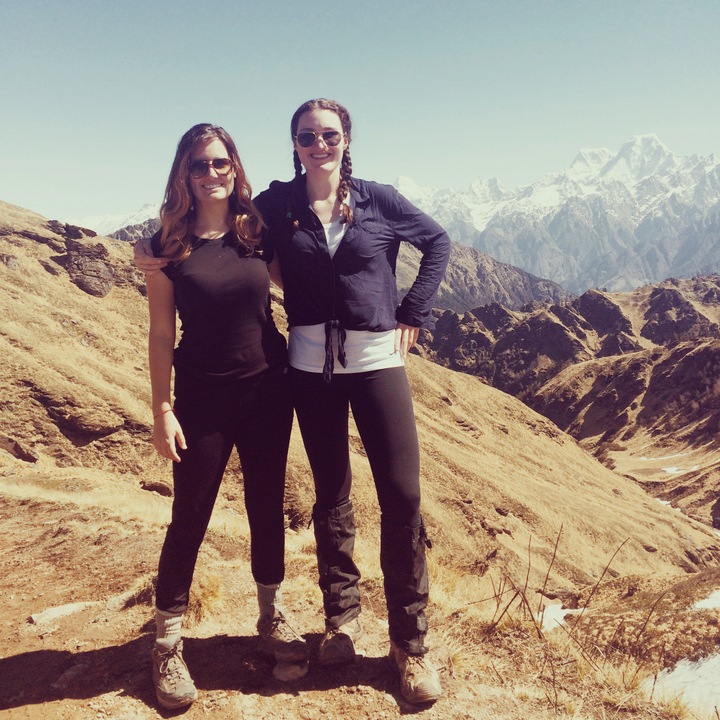 Fun fact- did you know Himalaya means “House of Snow” in Sanskrit? 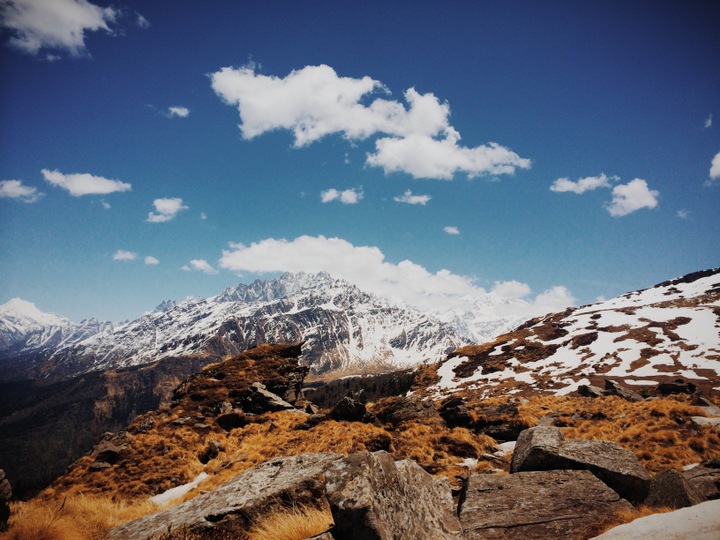 The rest of the day was blissful. We trekked across snow and golden grass on relatively flat terrain. The views were straight out of Middle Earth, which prompted Alice and I to quote Lord of the Rings at length.

Maybe it was the 14,000 foot altitude, but Alice’s impression of Gollum in her Essex accent just about killed me. “Why do you cry, Sméagol?”

This was also the day when I realized my hands were absurdly swollen. Twice their normal size, lobster red, skin as tight as a drum. Seriously, they were Frankenstein-esque.

That night I had a decision to make. Would I wake up at 4 a.m. to hike to the top of the pass, or would I sleep in? While I’d liked to say I was racked with guilt over the decision, in reality it was easy: sleep in, duh.

I’m not sure if it was the high-altitude sunburn, the blisters or the exhaustion, but I had no desire to squeeze in an extra five-hour hike. But I was a bit jealous when the others came back with photos of holding yoga poses high above the clouds.

The rest of the afternoon was the perfect rainy day. The four of us spent the day just relaxing: listening to Joe read Scott Foster Wallace, debating American/English pronunciations in the tent and taking dramatic mountain portraits. 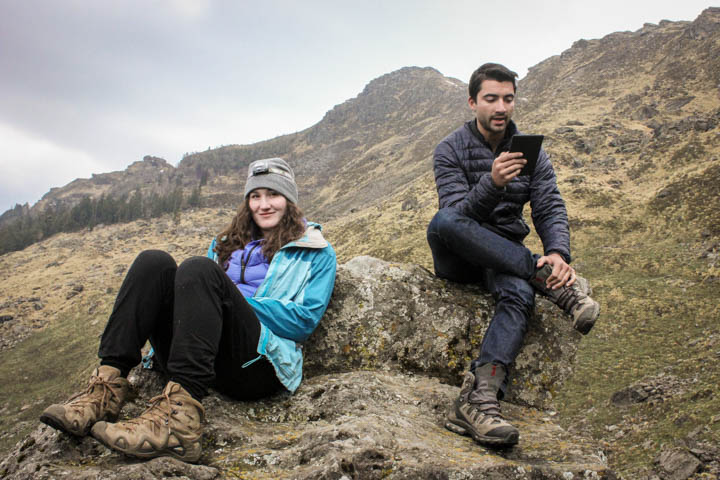 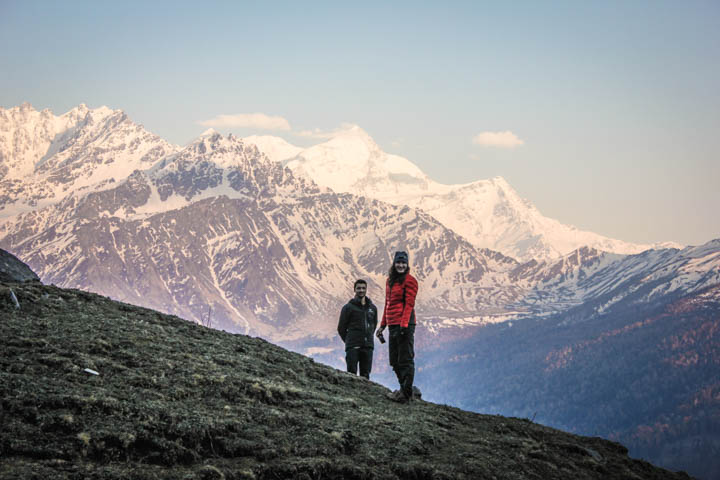 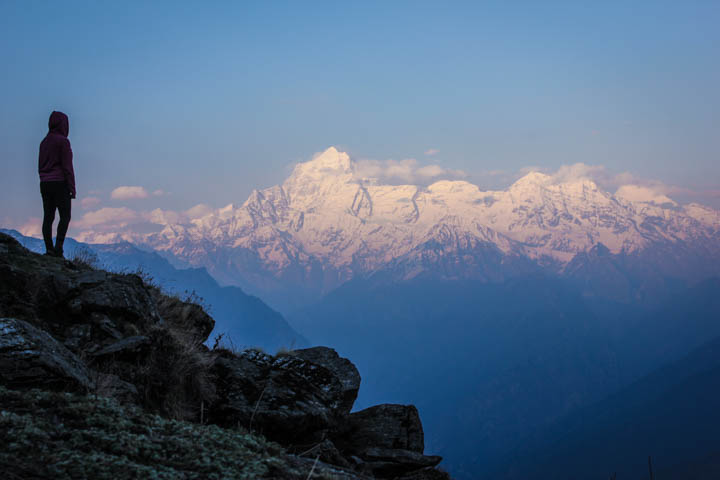 That night the chef prepared us an adorable cake in honor of our last night- how do you even make a cake camping? 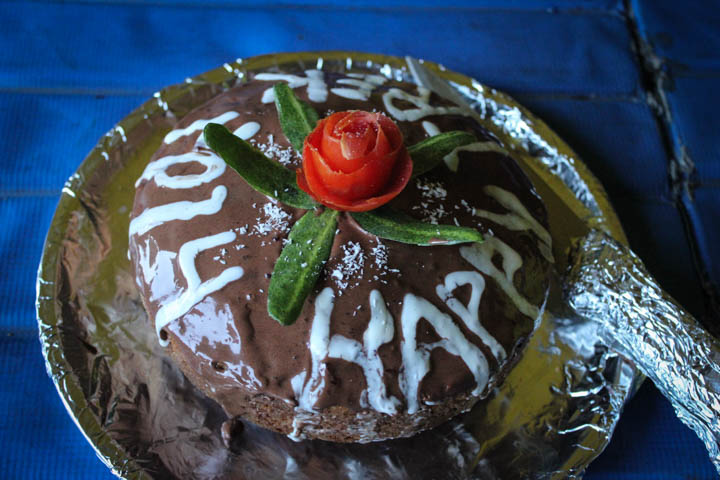 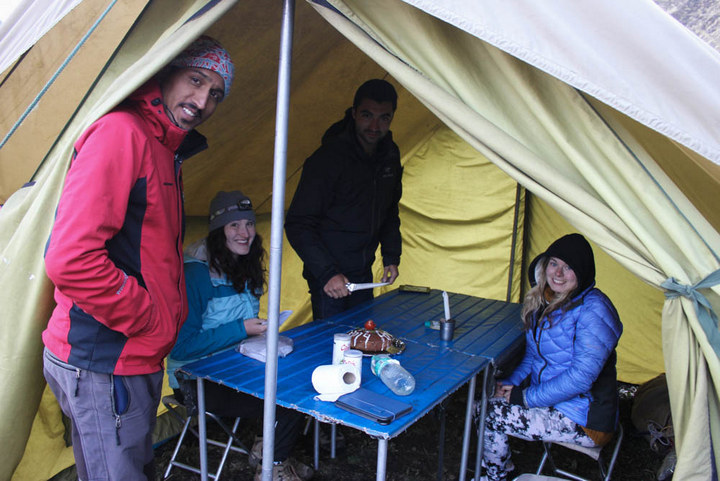 After dinner and cake the four of us huddled up in the meal tent and played Egyptian Ratscrew, Asshole and Oh Hell while sipping ginger tea out of Little House on the Prayer tin cups. It was freezing; we were blowing on our fingers all evening just to play cards.

Despite the cold, we headed out for one last bonfire with the crew. They sang songs in Hindi and Garhwali, passing around a strange local herb. The stars above us were dazzlingly bright, but unfortunately my attempt at astrophotography failed. 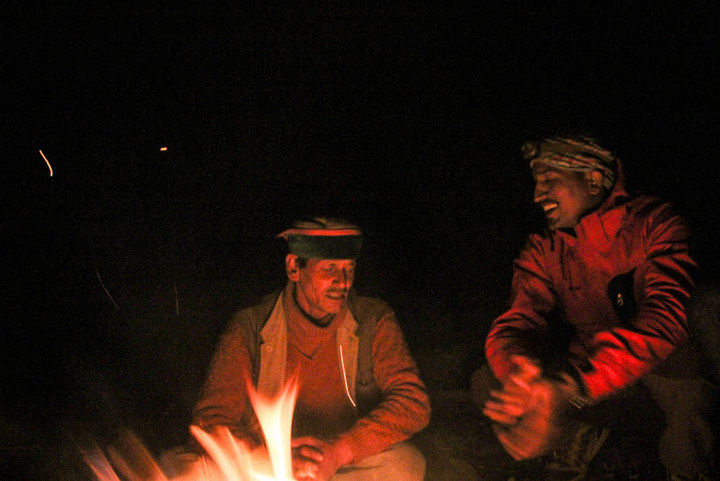 The last day of hiking was so beautiful I’ll let the photos speak for themselves: 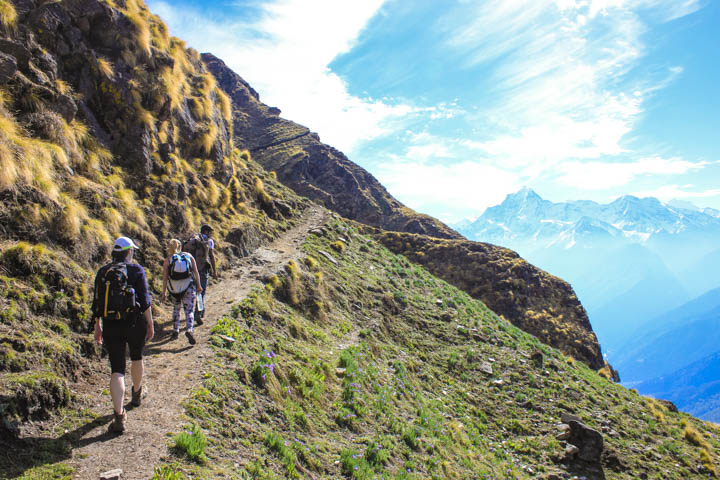 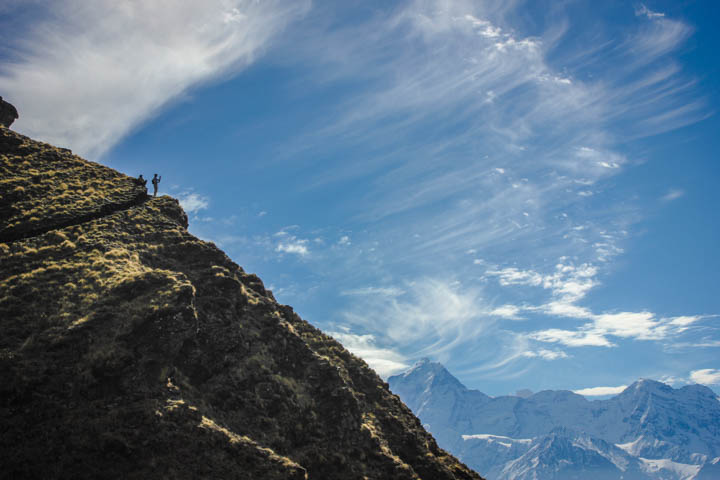 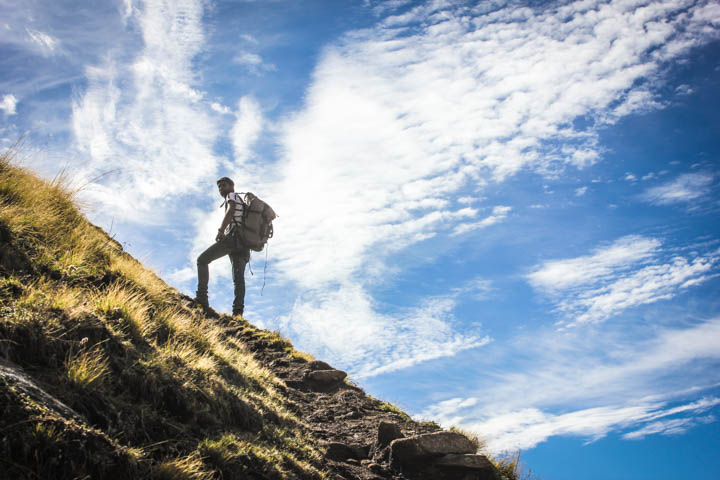 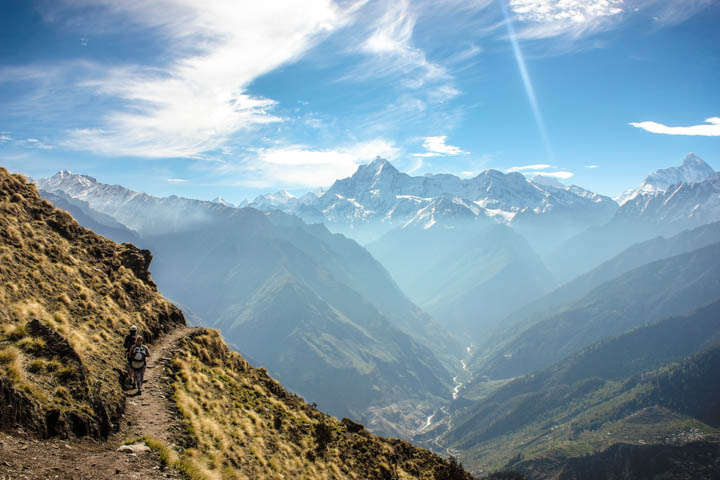 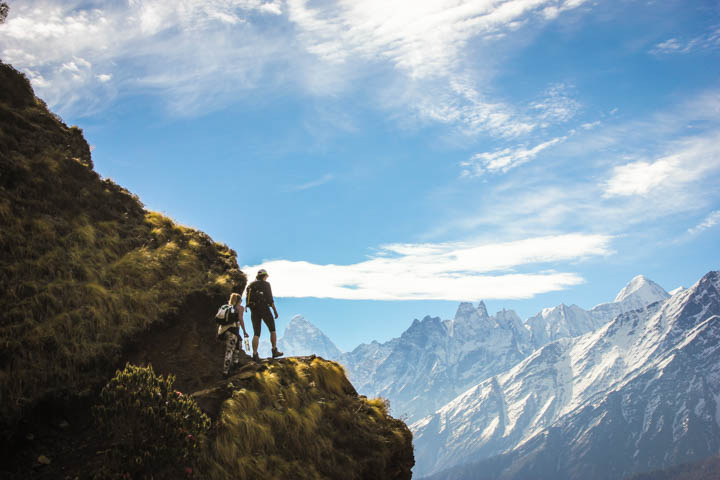 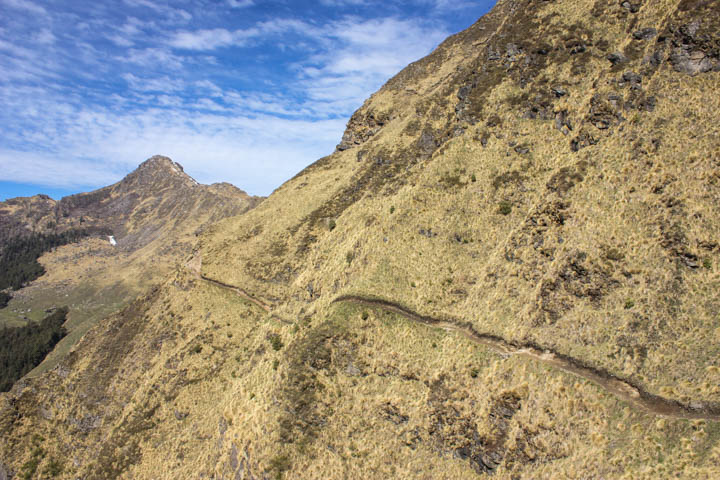 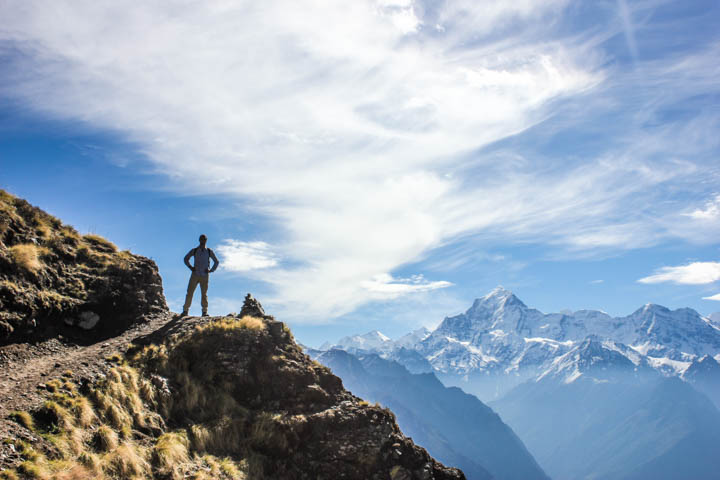 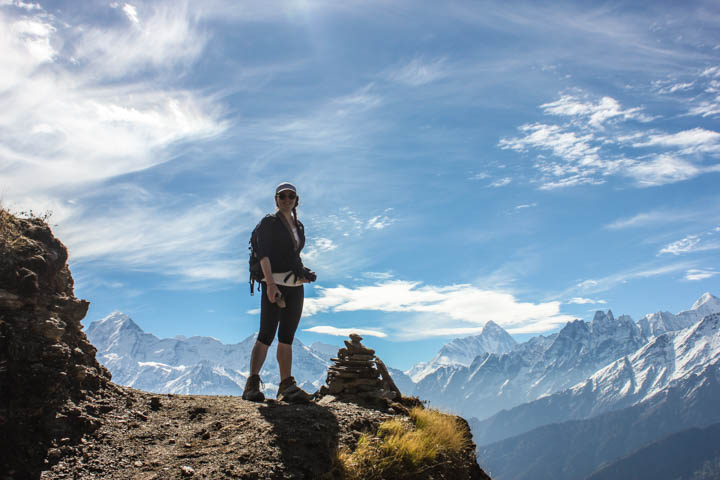 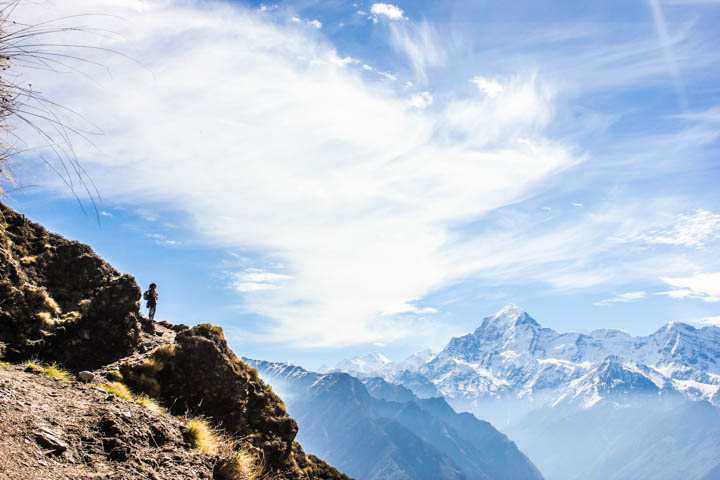 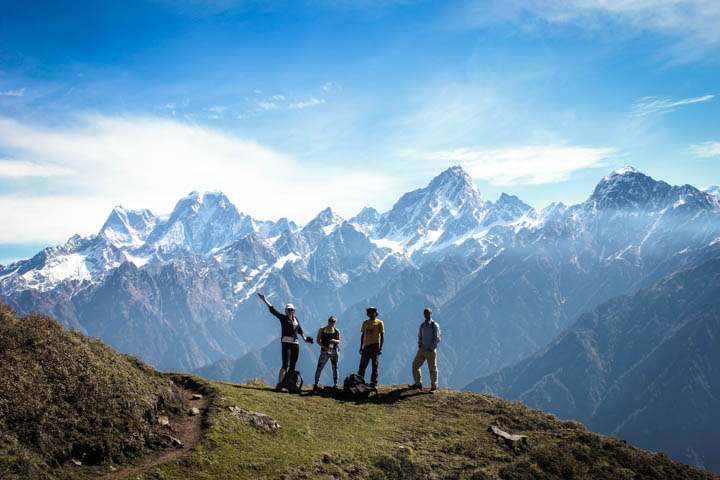 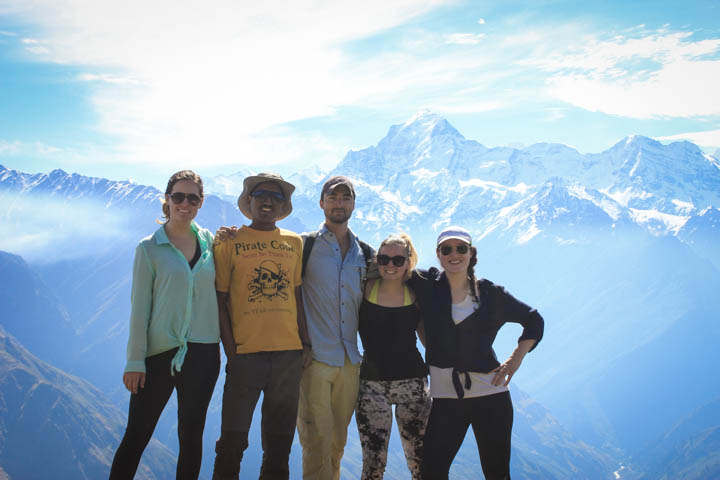 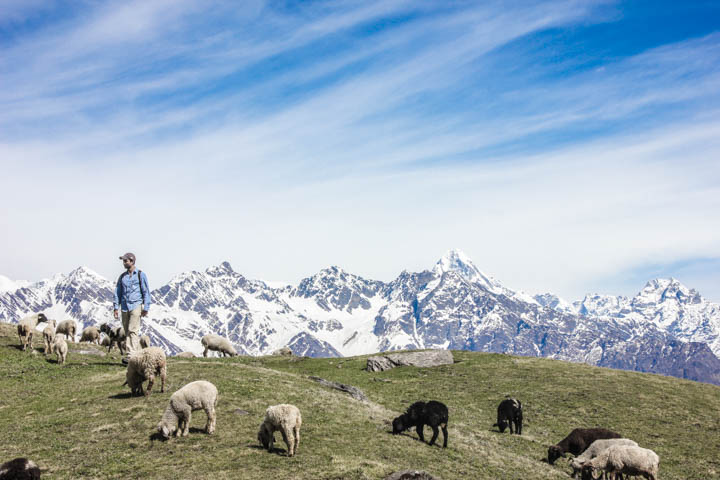 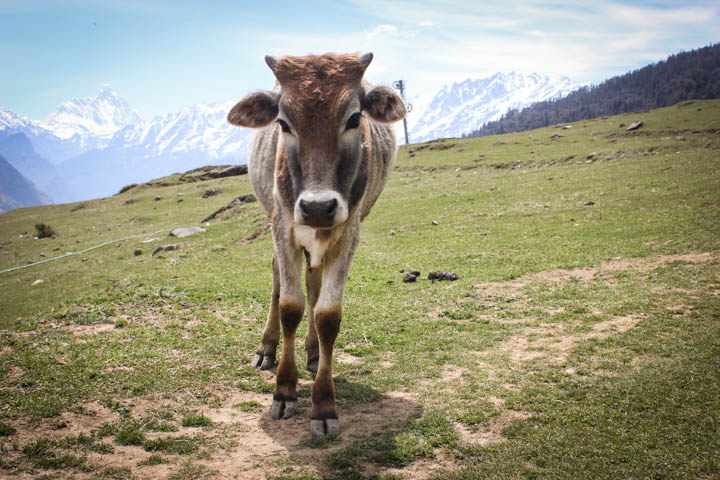 And then the second we descended from the mountain I saw an errant brown cow with a tie around its neck, and a group of Indian men who asked me for a picture. I couldn’t help but chuckle to myself; Yep, I was back to reality.