Hi! Welcome to My Local Eats, a guest post series in which foodies from around the globe share their favorite local places to eat and drink.

Today’s guest post comes from Sam, a Madrid-based blogger who writes over at Indefinite Adventure. Check out his vegetarian picks on what to eat in Madrid!

In 2012, I lived in a small city in the west of Spain for three months teaching English. I’d been to Madrid once before that (to visit my partner’s sister who was studying there), but I didn’t really know the city that well. However, during my time living in Spain, I visited the capital a couple of times, often on the look out for good food.

Then, at the end of November last year, I passed through Madrid again on my way back from 10 months in South America with my partner (we thought stopping in the Spanish capital for a couple of days would mitigate the potential reverse culture shock of our reintroduction to Europe, but we were wrong, though that’s another story) and between these couple of visits, I think I may have uncovered the best possible day of food in the city for vegetarian-almost-vegans like me.

So for a day of tasty, balanced and (mostly) healthy food in Madrid, here are my top recommendations. 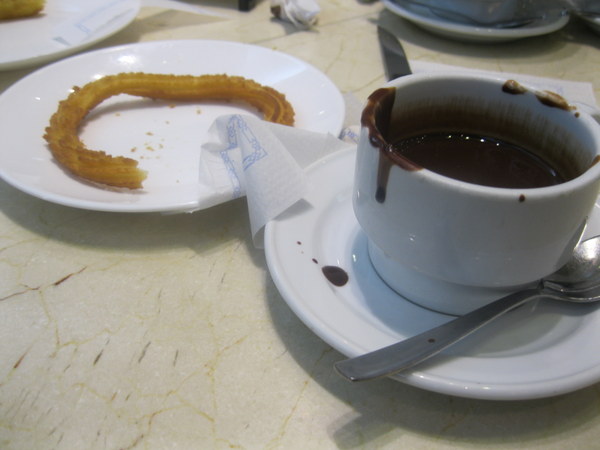 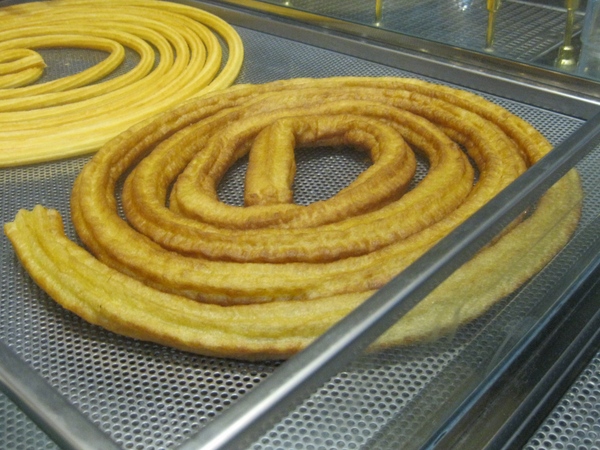 Spaniards don’t really do breakfast at home, instead opting for a cup of coffee or perhaps a cup of warm milk, then at around 10am, they might have a short break from work to eat something slightly more substantial, maybe toast with pulped tomato and ham drizzled with olive oil.

But since we’re treating ourselves, let’s go for something a little more decadent: churros (or porras) con chocolate at one of the oldest establishments serving this typically madrileño treat, Chocolatería San Ginés that’s been open since 1894.

Although rather rich and fatty, this dish is normally completely vegan, consisting of deep-fried dough rings that you dip in a chocolate sauce usually made with water rather than milk. 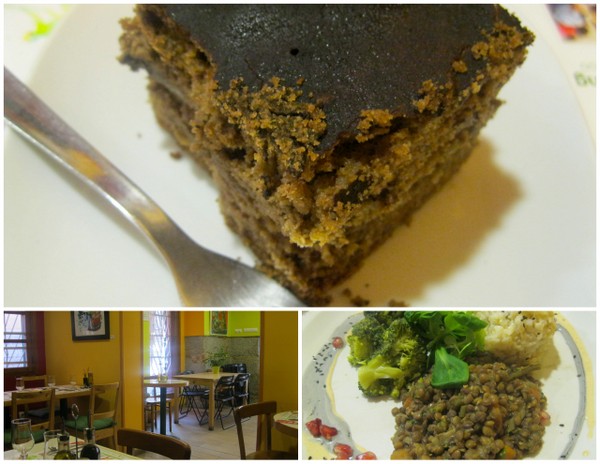 All over Spain, you’ll find restaurants offering up a menú del día; a set lunch menu including a starter, main, dessert and drink for somewhere between €8 and €12 between 1pm and 4pm, give or take.

At La Biotika, all the soups, salads and mains are completely vegan, and desserts include a few diary-containing options, all of which are fresh and tasty, well presented and filling. On weekdays, the standard lunch menu with soup, salad, main, desert and drink will set you back €10.90.

I like the food here because it’s filling without being heavy, and inventive (as good vegan food should be) without just being weird. 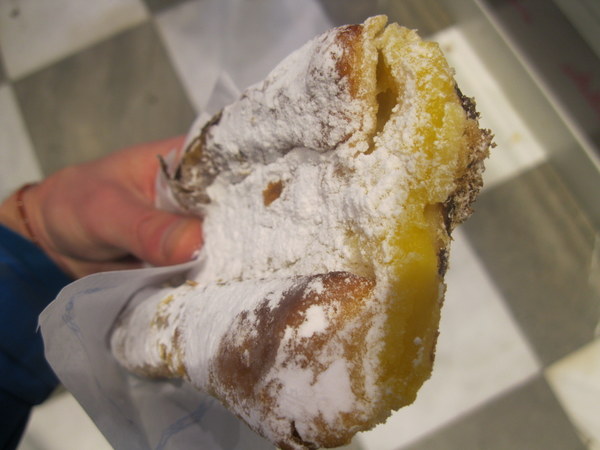 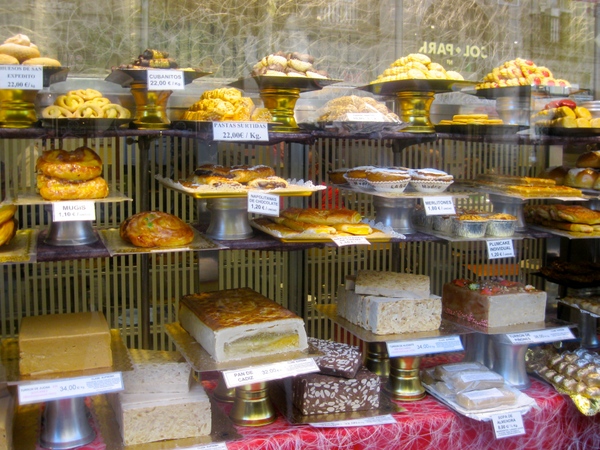 I don’t know about you, but I always need an afternoon snack, and especially in Spain where it isn’t usual to eat dinner until 8 or 9pm at the earliest. For something sweet, creamy and generally lovely, I recommend La Mallorquina, a bakery at Puerta del Sol, the city’s main modern square.

Some of what they offer changes with the seasons, but there are always delicious pastries, in particular I recommend the napolitana, a cream-filled pastry covered in icing sugar. It looks pretty simple, but a freshly baked one is really quite exquisite. 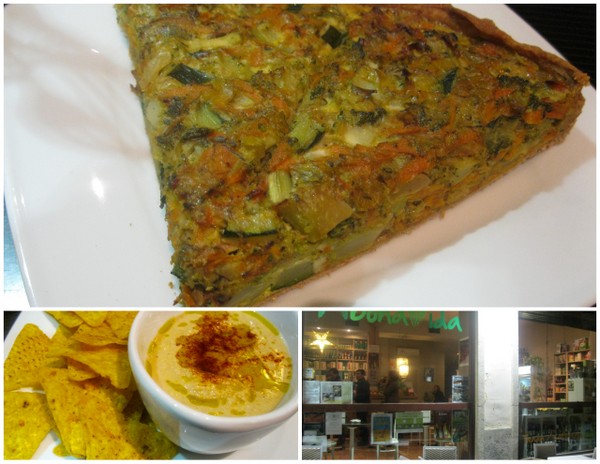 After all that eating, you probably wouldn’t think much about what to eat for dinner, but if you’re anything like me, you’ll need to eat something before hitting the town or going to bed, so I suggest Abona Vida for a light snack.

Since this place is also an organic shop, you can pick up some tasty snacks for the next day, or your journey onwards from Madrid while you enjoy the laid-back atmosphere.

The menu is mostly vegan, though there are some egg-containing dishes, such as the quiche, but there are also options for dairy-free hot drinks, using instead almond milk, which is quite lovely. The staff are also super friendly.