Colmar- the little Alsatian town that truly made me feel like I had stumbled into a storybook. Or maybe a film set. Because where else can you find princess turrets, rainbow-colored half-timber houses and romantic canals all in a few square miles? Besides Disneyland, of course.

Julika, my friend and fellow travel blogger, and I journeyed to Colmar on a day trip from Strasbourg. The day was drizzly and grey, but our spirits were immediately lifted when a technicolor blanket of tulips greeted us outside the train station. 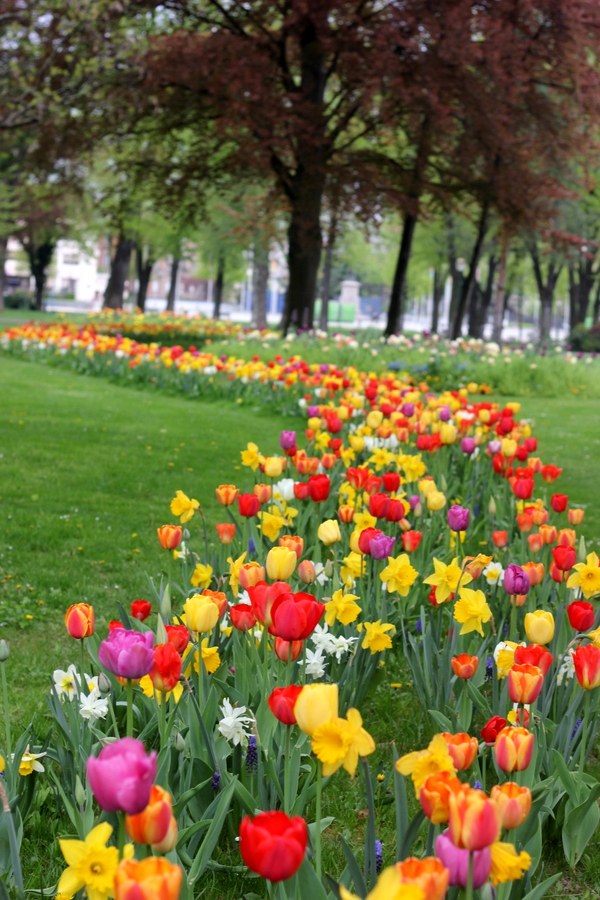 Once we reached town, we stumbled upon an antique market. 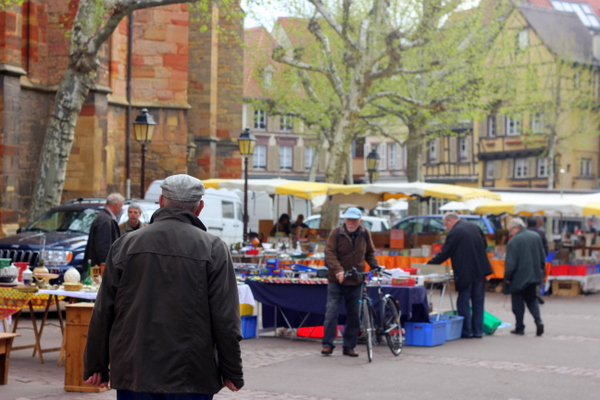 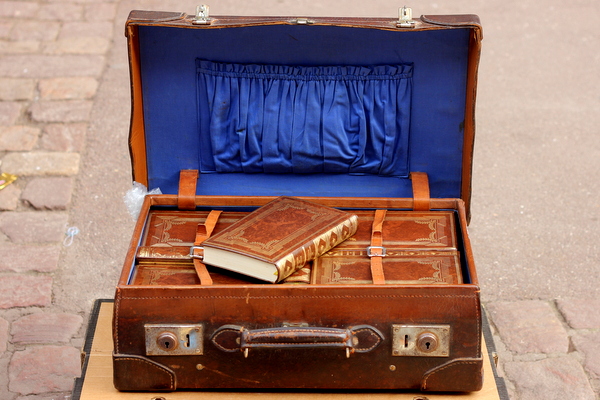 The seemingly enchanted suitcase full of books we both coveted.

And if the morning hadn’t been magical enough already, we then stopped for café crème and the espresso wasn’t burnt. Which in France, is nothing short of a miracle. 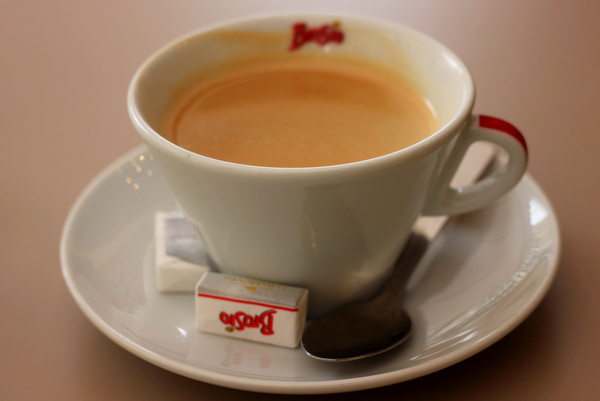 And although I’m a fan of baguettes, I often wake up craving dark, grainy, nutty bread, which we found all over Colmar and Alsace in general. (Which, ahem, further leads me to believe that Alsace is culturally more German than French, as I’ve stated before.)

My guidebook raved about Kugelhopf, a traditional Alsatian bundt cake made with raisins, almonds and Kirschwasser cherry brandy. As Kugelhopfs are quite large, we tasted some of the mini chocolate variety.

My thoughts? As the French would say, it was “bof.” (“Bof” is the Francophone “meh”, usually accompanied by an emphatic Gallic shrug.) 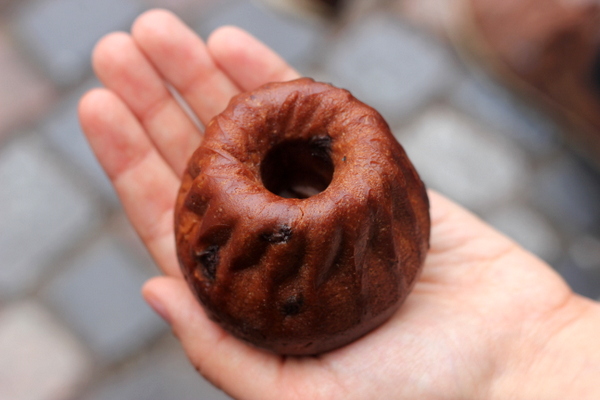 While Colmar is a small town with few attractions to see, all medieval architecture fans must visit Colmar if only to stand before the Isenheim Alterpiece. Prominently featured in the Unterlinden Museum, the Isenheim Alterpiece is a 16th century altarpiece that depicts the crucified Christ pitted with plague-type sores. It’s a gory but incredibly historic and important piece… or so I’ve been told. 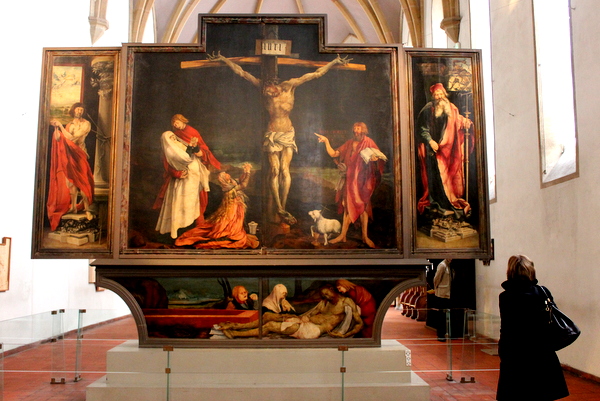 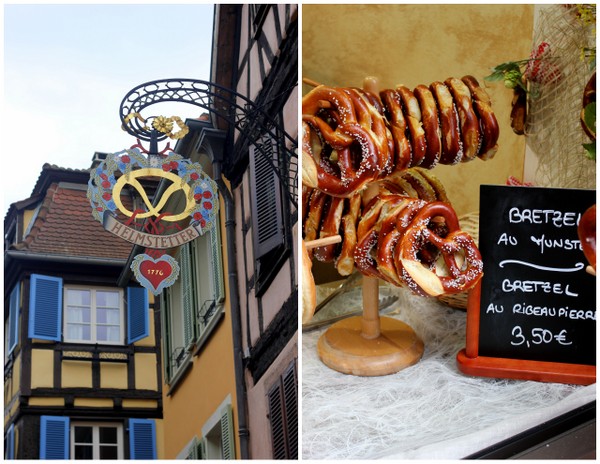 One of my favorite things about traveling with Julika, who is a medieval art historian, is learning tons of facts about Gothic churches and architecture. As she pointed out, “Memento Mori” was etched in the walls of the Colmar Cathedral, a Latin phrase that was very big in the Middle Ages. It basically means “Remember that you will die.” As in “remember that you will go to hell someday if you don’t convert to Christianity as soon as possible.” 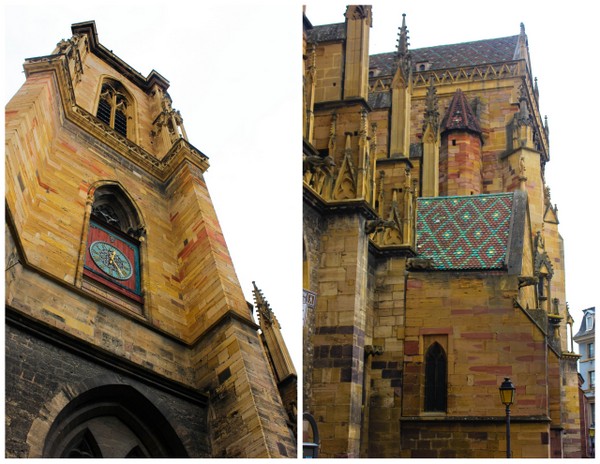 And because we clearly hadn’t gotten our fill of tarte flambée the day before, we ordered some for lunch. At least this time we mixed it up by topping it with mushroom and egg, am I right? 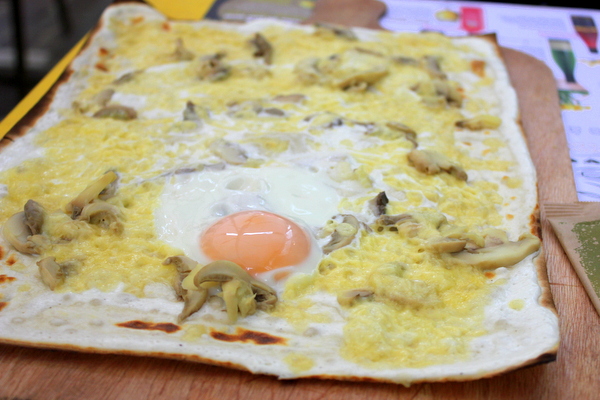 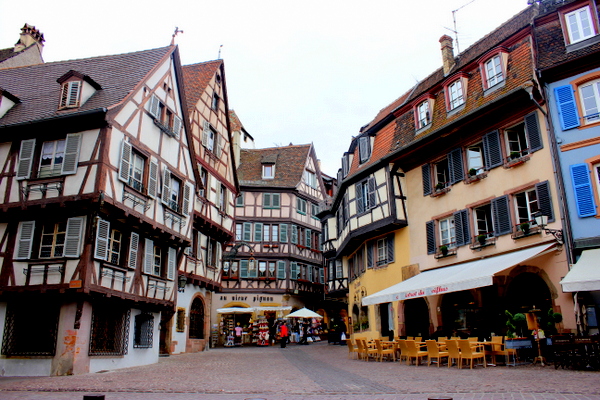 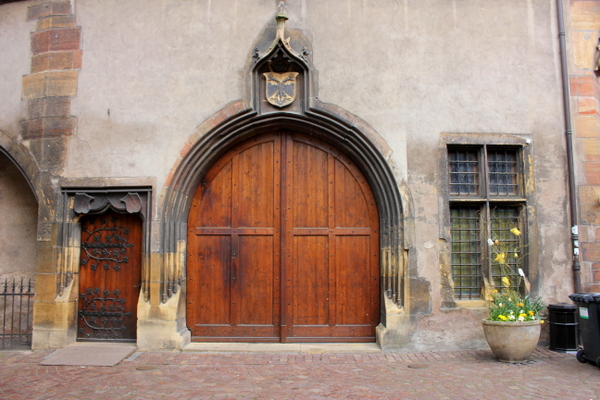 Needing something sweet after our savory déjeuner, we stopped at a local market for a bretzel sucré (sweet pretzel). The pretzel tasted just like a Krispy Kreme doughnut, which coming from me is the highest of compliments. 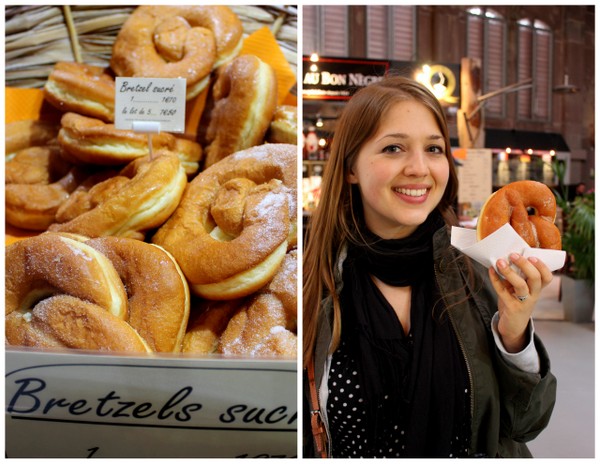 After our sugary snack, we headed over to La Petite Venise, the town’s historic center, in search of the famed shot of Colmar that is all over Pinterest. 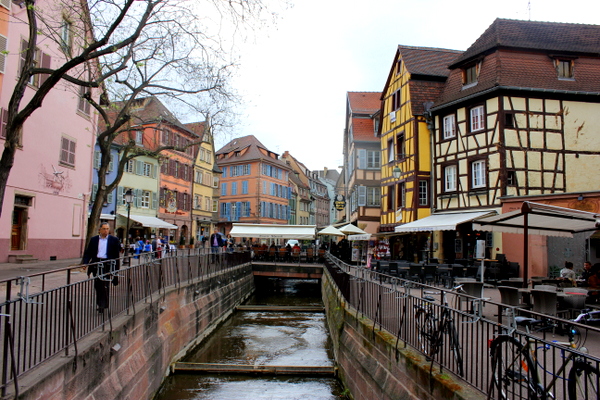 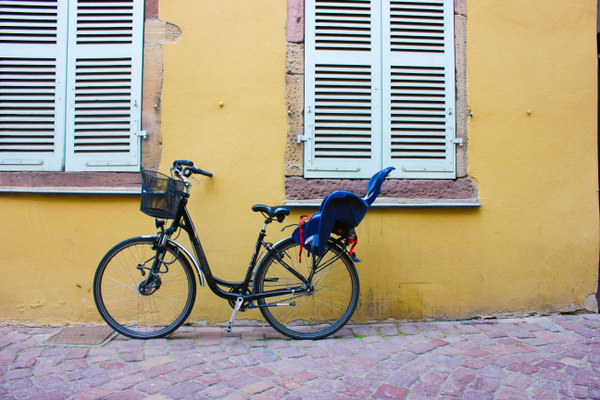 But we weren’t the only ones searching for the perfect shot. Despite visiting on a weekday in April, I was shocked by the amount of tourists we saw. If you were to visit in summer, I could imagine the town would be swarming with dSLR-toting tourists (like us, ha). 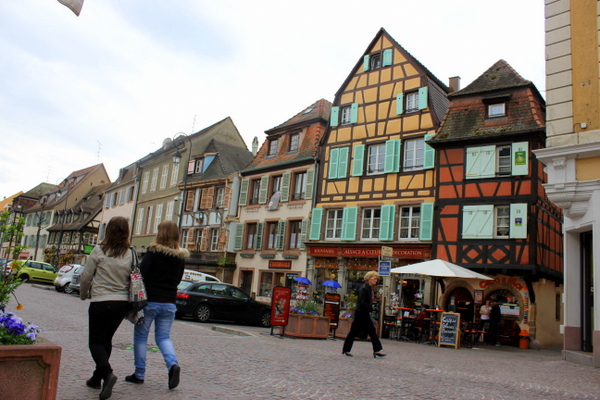 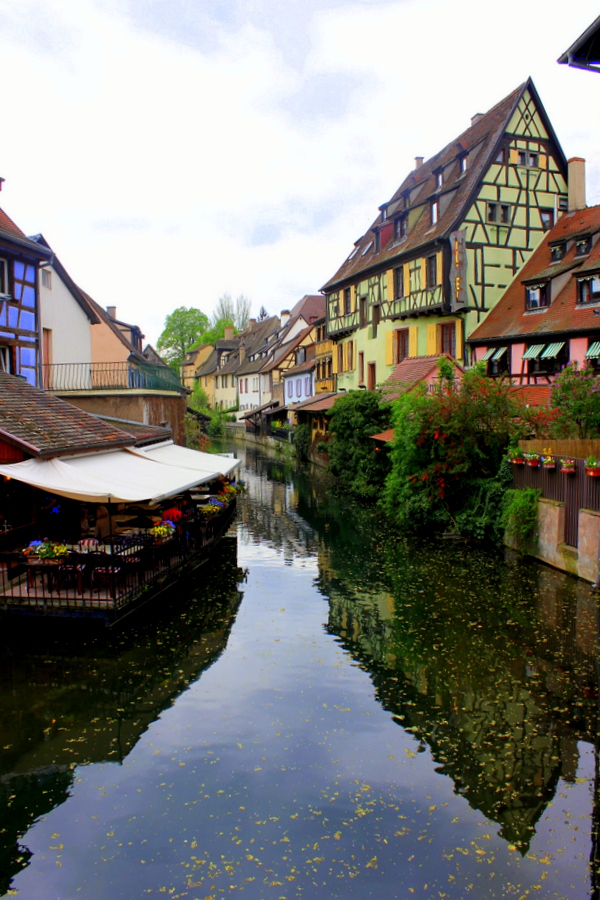 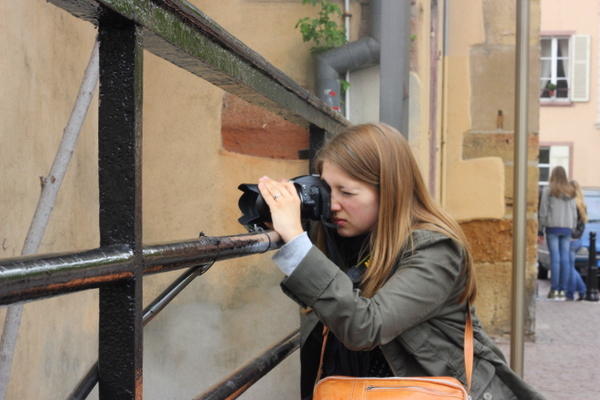 Jonesing for that perfect Pinterest-worthy shot… 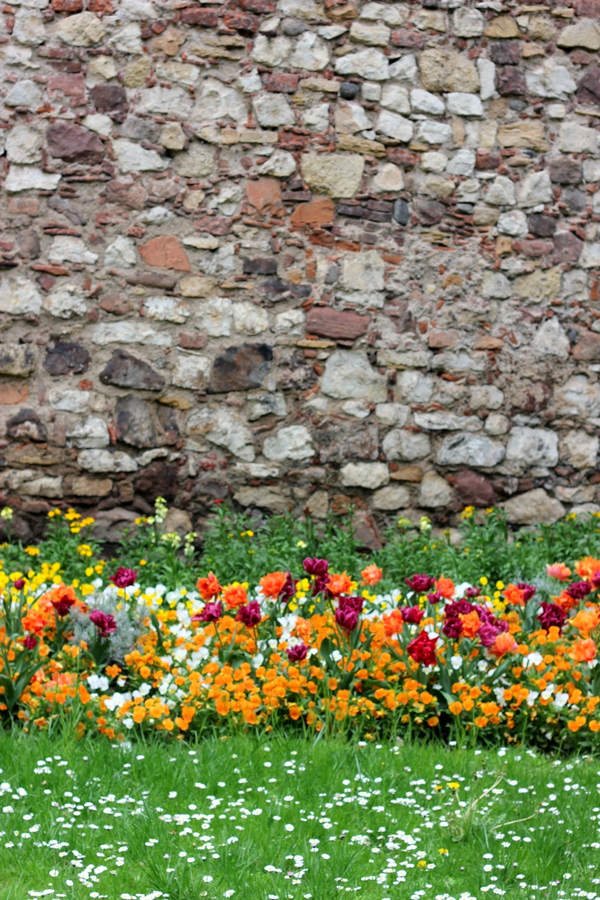 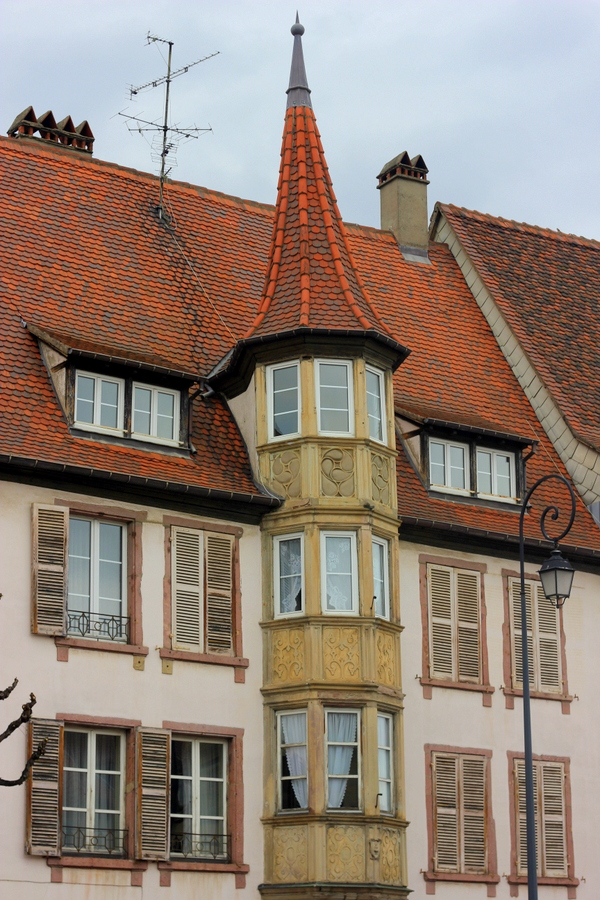 After much wandering, we had a “Why doesn’t this look like Pinterest?” moment when we discovered that Colmar’s most famous view was obstructed by construction. Merde. 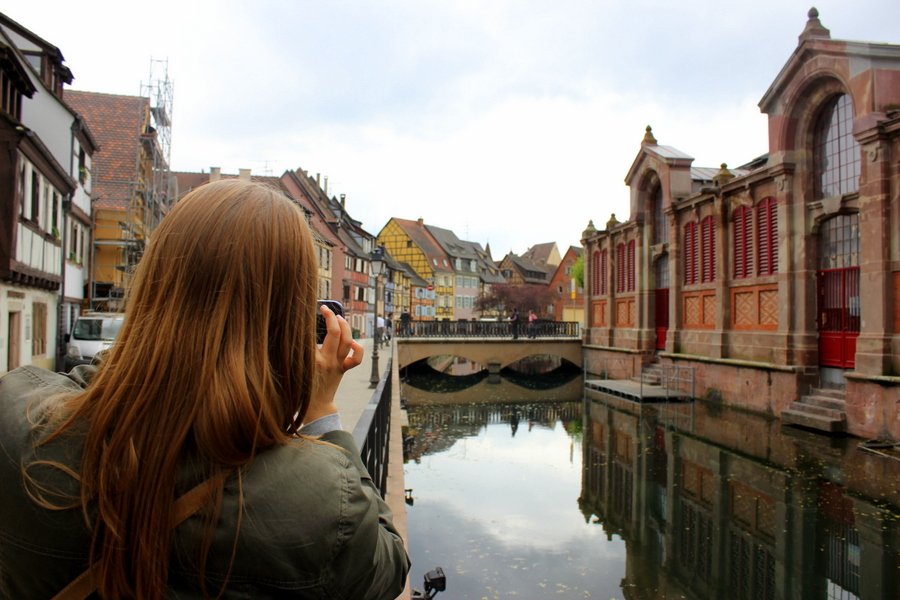 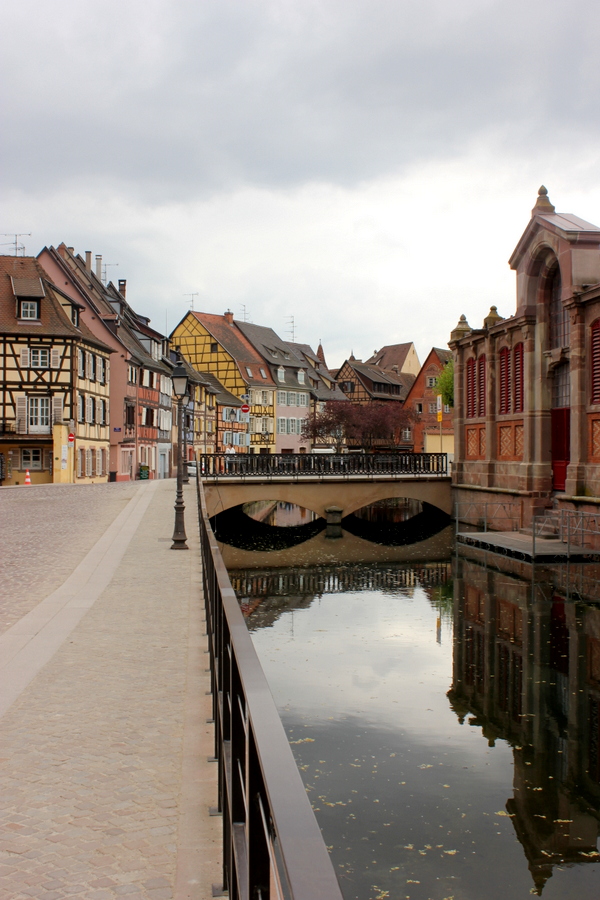 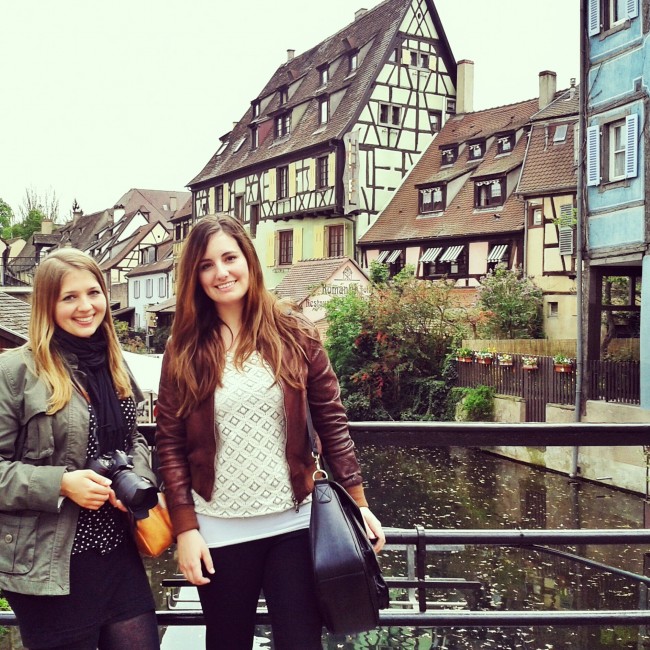 Overall it was a perfect day trip- quick, colorful and full of pretzels.

Admission to the Musée Unterlinden is €13 for adults, and €8 for ages 12-18 and students under 30, and free for children 12 and under. The museum is closed on Tuesdays.

Make sure to purchase travel insurance before your trip to France. I’ve used World Nomads for years and highly recommend it.

Have you ever been to Colmar? Or seen it on Pinterest? Magical, right?

To read about Julika’s coverage of Colmar, click here!