Spain- a country that has owned a very dear piece of my heart since I spent the summer with a Spanish family in sunny, terracotta-roofed Andalucia when I was 16.

But Basque Country, located way up in the northeast corner of Spain? Basque Country was totally different from the sunny south- a green, hilly and culturally unique region I had dreamt about visiting for years. 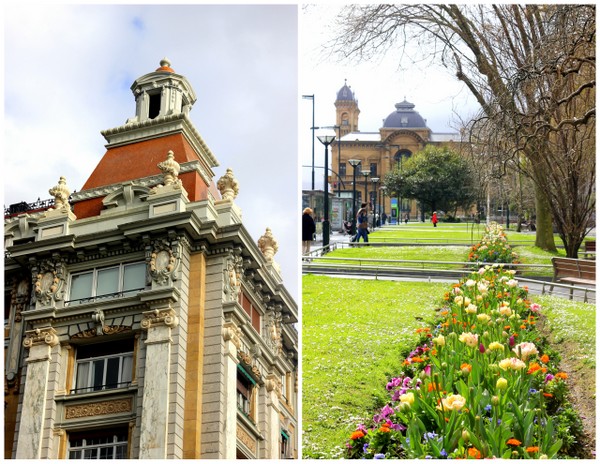 Upon arriving to San Sebastián, (also known in Donostia in Basque) I immediately felt a little disoriented.

What’s a Kalea, I thought to myself, and why’s it written everywhere? (Turns out it’s Basque for “street.” Duh.)

Basque Country hardly felt like Spain- in fact it felt very foreign from anywhere else I had been in Europe. Which actually makes sense, considering the Basque language resembles no other language on earth. In fact many linguists believe it dates back 20,000 to when hunter-gatherers roamed the Iberian peninsula.

The mysterious and consonant-filled Basque language.

I also noticed that San Sebastián was much dirtier than France, something I hadn’t been expecting of this elegant, turn of the century seaside resort town. 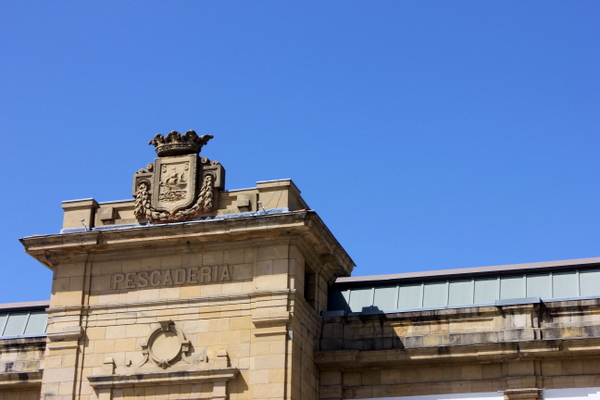 Still, San Sebastián held many charms: Belle Époque balustrades, bronzed beaches and dazzling views of the Bay of Biscay included. Strolling around San Sebastián, it felt like the year was really 1910 and I had strangely forgotten my parasole.

The gorgeous city beach of Playa de la Concha. I NEED to come back in summer.

Needing a snack after much wandering, we stepped in a snazzy ice cream parlor for some helado. And I must say, Oiartzun had the best ice cream I’ve ever had in Spain. I could’ve downed a bucket of their grainy, delicious almond flavor (almendra), and my little sister went crazy for their coconut. We also loved the shop’s clean, geometric design. 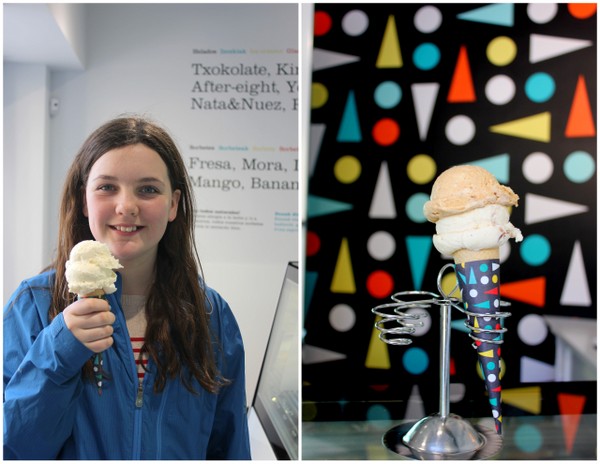 Despite my strong intention to have pintxos for lunch, the second we walked into a pintxos bar my little sister burst into tears.

“How can you eat here when the floor is this dirty?”

I admit, I couldn’t entirely blame her for finding the crumpled napkins and used toothpicks littering the floor unappealing.

So we ended up splurging on a luxurious lunch at Bodegón Alejandro- so much for my intense backpacker budgeting. 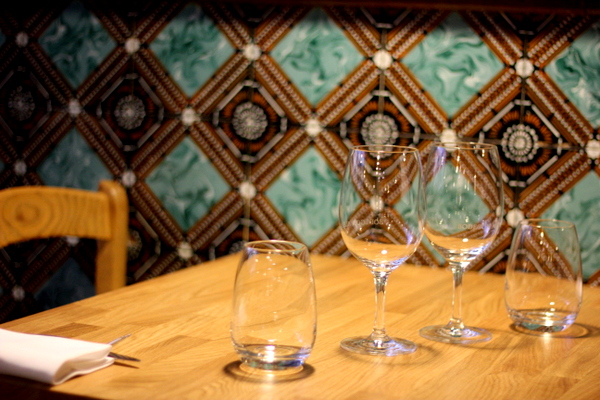 But it wasn’t so bad. We tasted spring artichokes so soft, young and fresh you could cut them with a spoon… 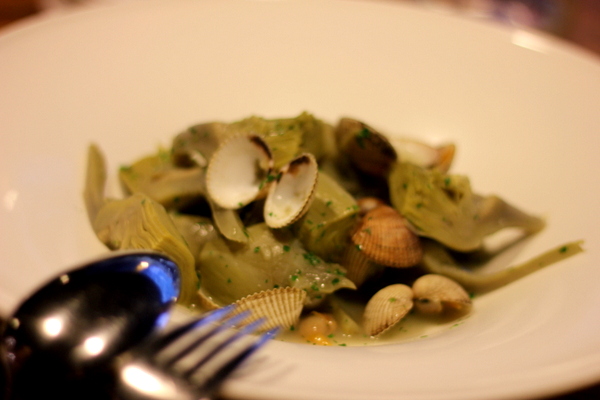 And for the first time I tried txacoli, Basque Country’s most common and beloved white wine. It was crisp, cold and absolutely worth buying a few cases of.

Then we inhaled a hearty seafood stew that reminded of San Francisco’s cioppino, served table-side. 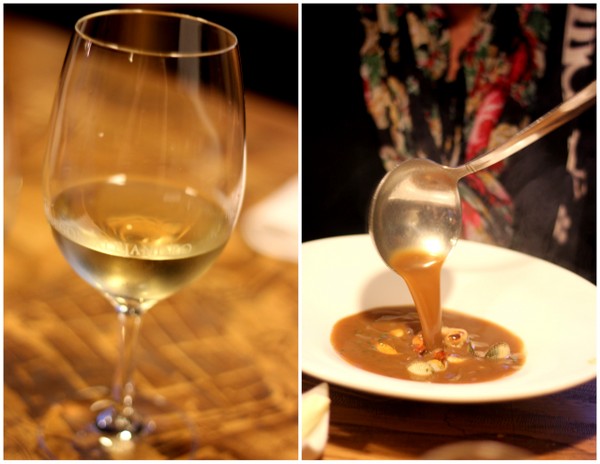 Once we stumbled out of the restaurant we made our way to the river in town. It turns out San Sebastián has more than just incredible sea views- it also boasts beautiful vistas of the mountains. It’s not fair- you can’t have both! 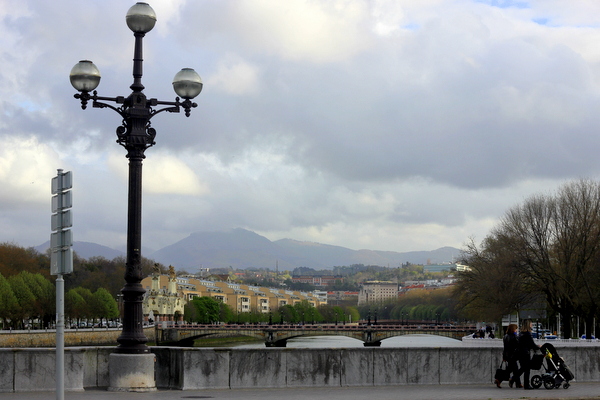 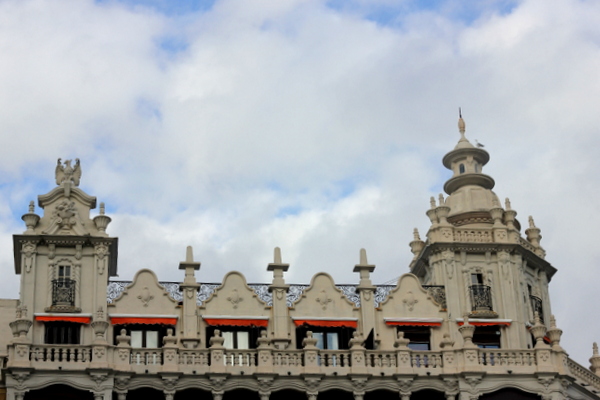 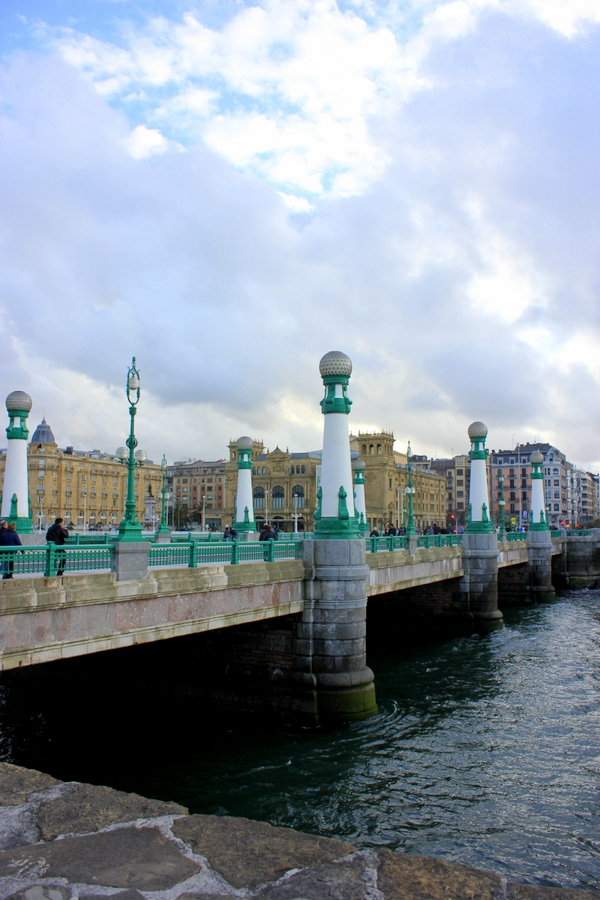 The next day, we went surfing in the Bay of Biscay (a venture that deserves its own post!) and then headed to the San Telmo Museoa to learn more about Basque history.

The museum undertook explaining the last 800 years of Basque history, from the traditional whale-hunting industry to the Basque homeland terrorism of the 1960s and beyond.

I found it interesting (and horrifying) that during Franco’s regime, it was forbidden to name your children Basque names or to speak the Basque language; Franco envisioned very centralized Spain with only one language. 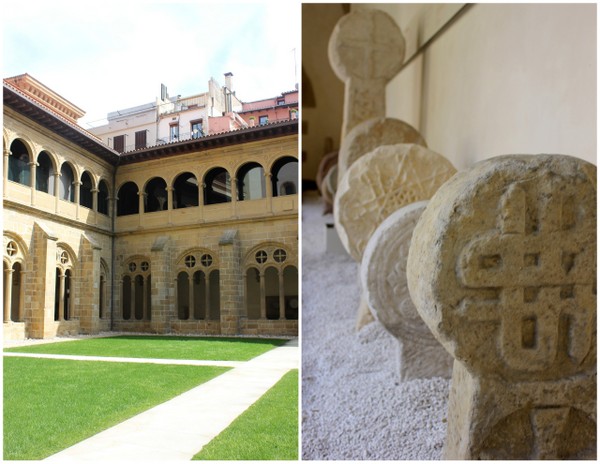 Overall though, the museum was skippable. Lonely Planet describes the museum as having a “collection is a bit haphazard and the connections between the pieces vague” and I feel that’s spot on. Also, descriptions were written in both Spanish and Basque, with no English translation, so note that if you do decide to visit. 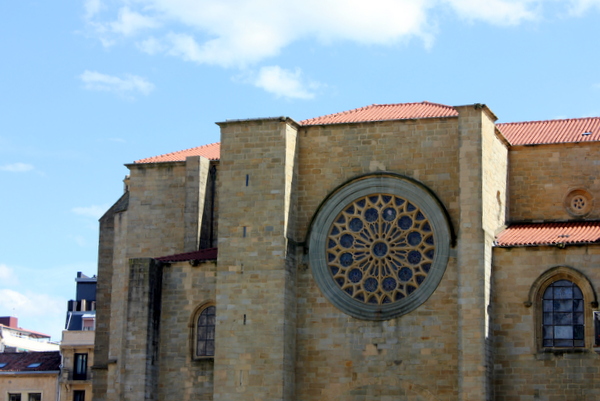 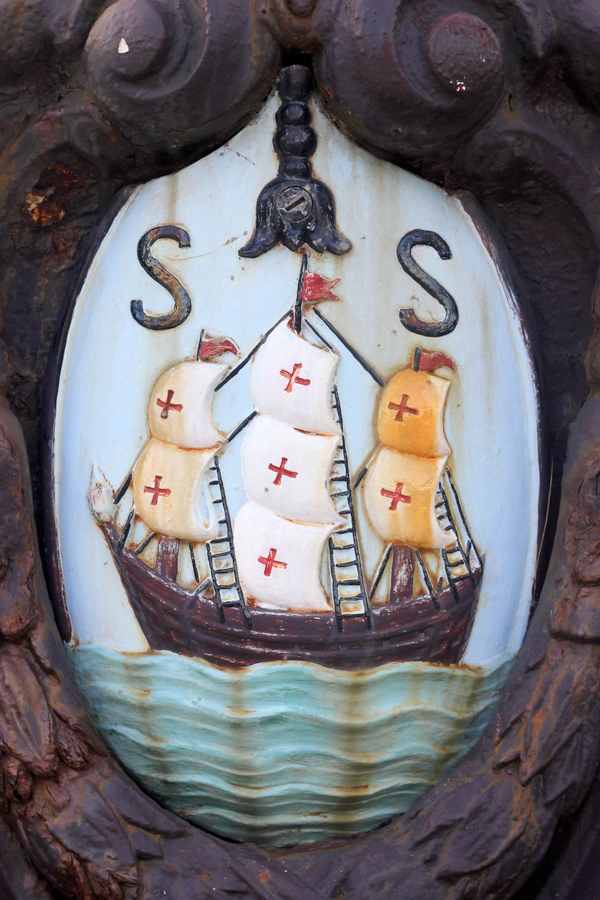 San Sebastián was different than I thought- I didn’t hear any Basque and I found pintxos to be so-so at best (post coming up). But San Sebastian was still one of the most beautiful cities I’ve visited with a fascinating history and culture I can’t wait to explore further.

Have you ever been to Basque Country?

12 thoughts on “A Taste of Basque Country in San Sebastián”