While driving south with my mom and 13-year old sister on our epic French road trip, we passed sign after sign for the châteaus of the Loire Valley.

“Want to stop at one of the Loire Valley châteaus, mom?”

“Sure. I think it would be good for your sister to see one.”

Thus began the most random road trip stop of my life- the Château de Chambord. 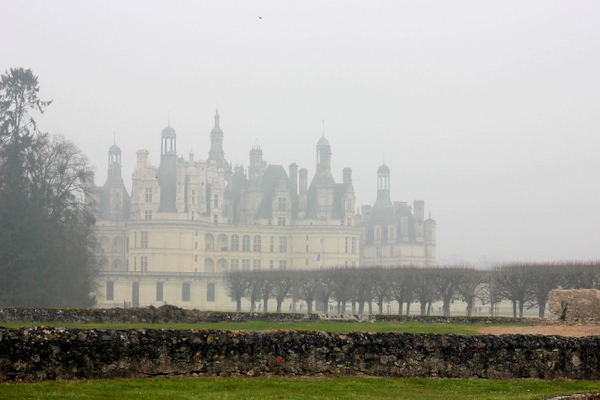 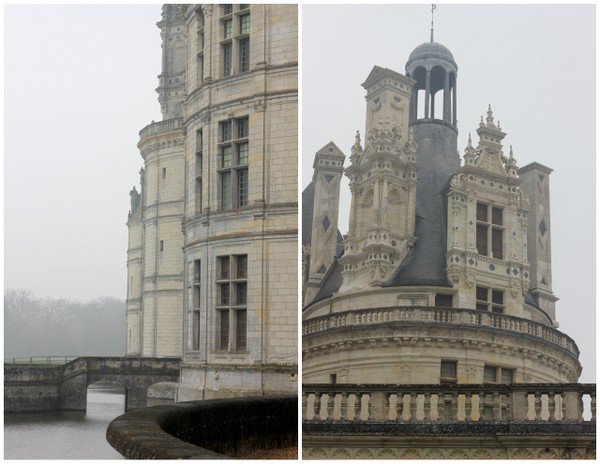 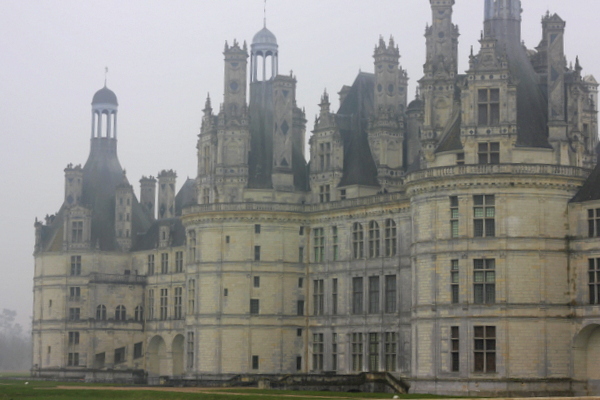 The château was built in the 1500s as a hunting lodge for the mighty French Renaissance King, François I. While I had read that the Château de Chambord is the largest château in the Loire Valley, I didn’t realize how colossal it truly is until stepping onto the grounds myself. 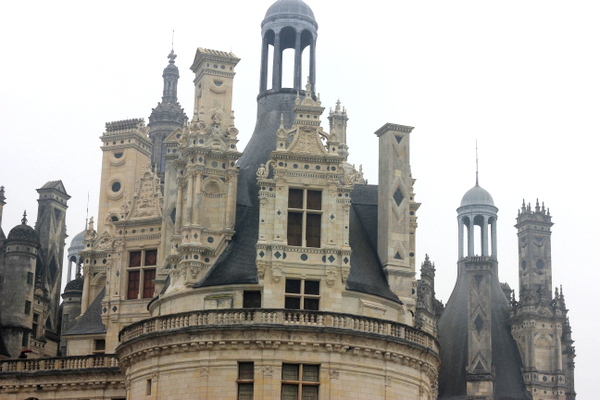 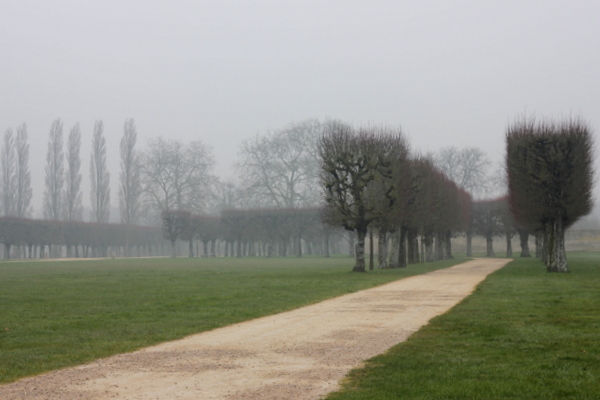 Immediately upon walking in, I felt a surge of warmth and smelled wood-fire, a smell that always brings me back to my childhood. The cheerily burning fires really made me feel like I was at a real hunting lodge- and even 500 years later, there’s nothing that warms up an old castle like a roaring fireplace. 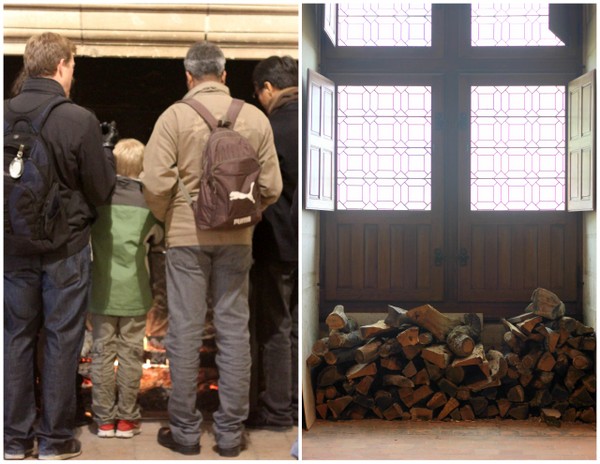 While strolling the castle, we learned a little bit about what life was like for the king and his courtiers during the sixteenth century. Cards were apparently popular, which given my poker prowess I will take as a sign that I was a French courtier in my past life. As you do. 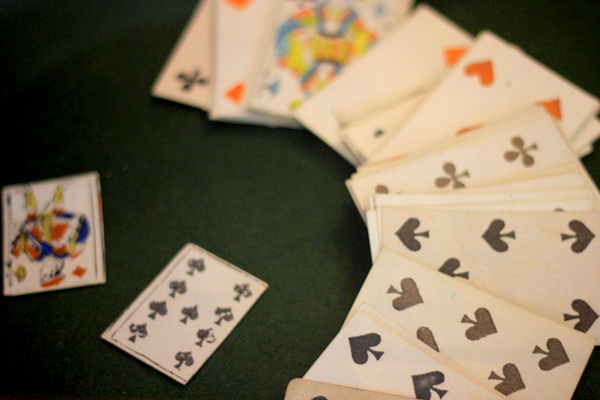 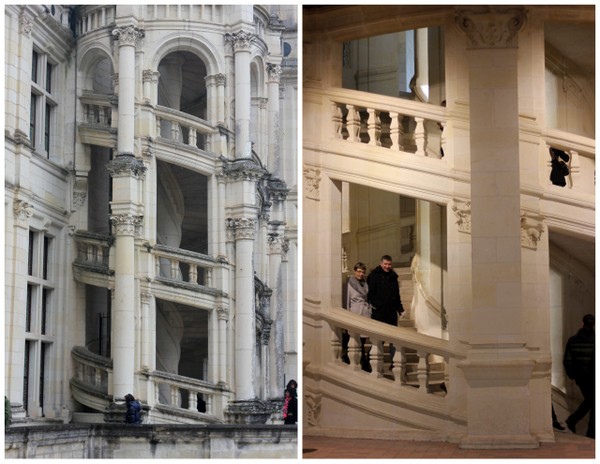 The château’s double-helix staircases, which two people can use without meeting. I wonder why a king would have that constructed… curious… 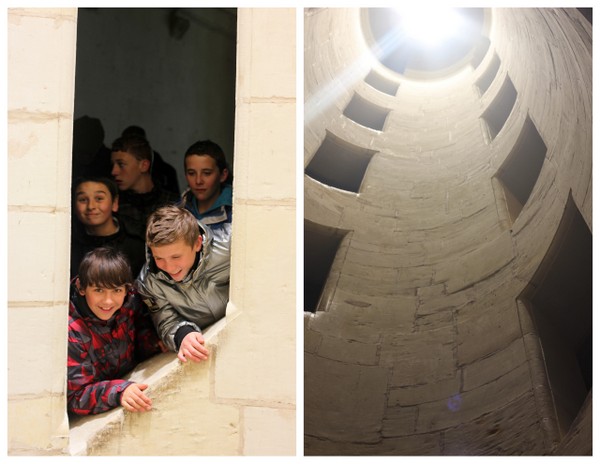 Instead of ruling from Paris, François I loved the Château de Chambord so much that he lived there year round. A man of the arts, he commissioned many chateaus to be built, and is known for sweeping the Loire Valley up into a château-building frenzy.

And according to my Frommer’s guidebook, he enjoyed taking his courtiers, “from palace to palace to hunt, dine, make love and listen to music and poetry.” I have a feeling we would have gotten along, this François and I. 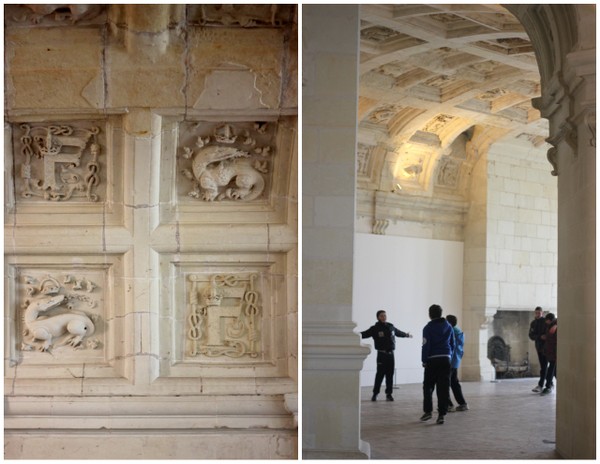 F, which stands for François I, paired with his symbol, the salamander. 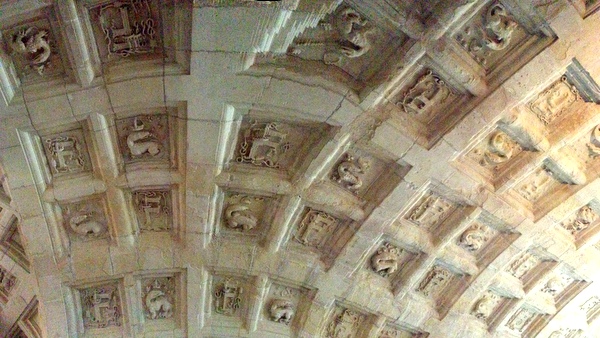 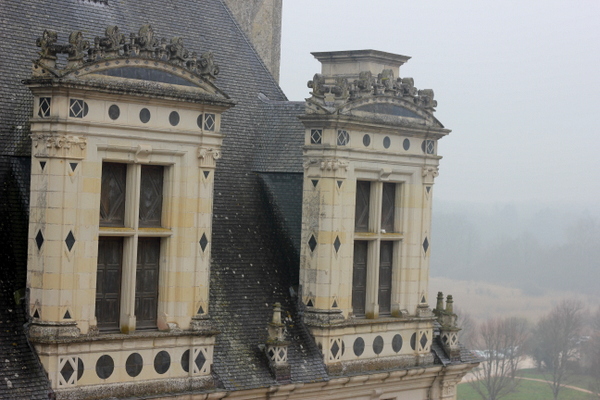 Given the scenic nature of the castle, my little sister and I took it upon ourselves to stage a series of dramatic, Beauty and the Beast-esque photos… when in a French château, right? 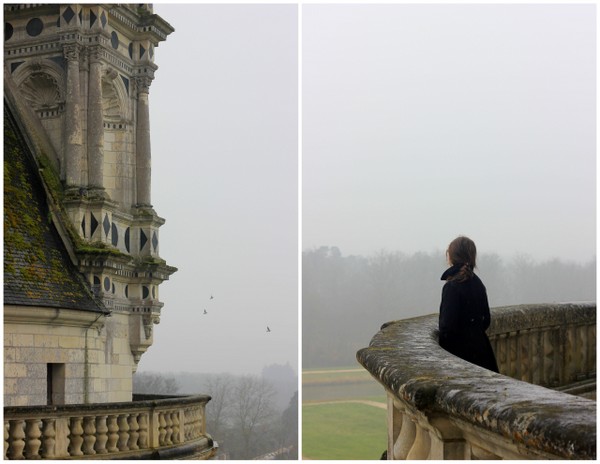 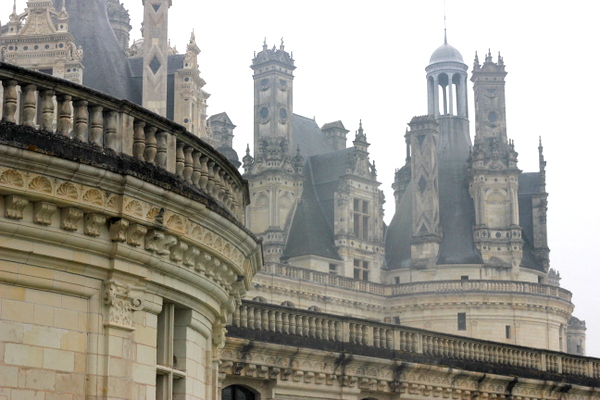 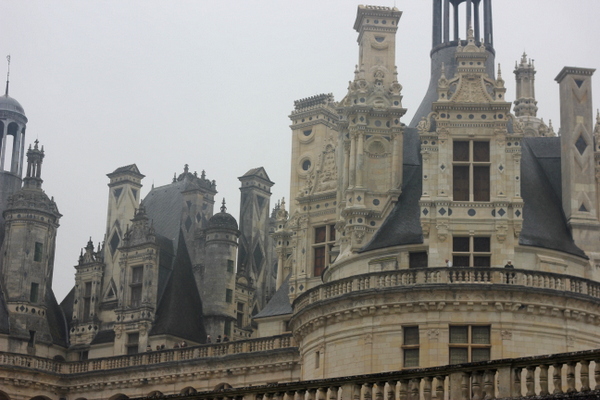 Have you ever visited the Loire Valley?

12 thoughts on “The Loire Valley in the Mist”