During the month of January you will see lots of crown-sporting cakes called galette des rois in the boulangerie windows in France.

And the reason behind all these blue-blooded cakes? Because for the epiphany, January 6, the French eat king cake to honor the kings who came bearing gifts for Jesus 12 days after his birth. 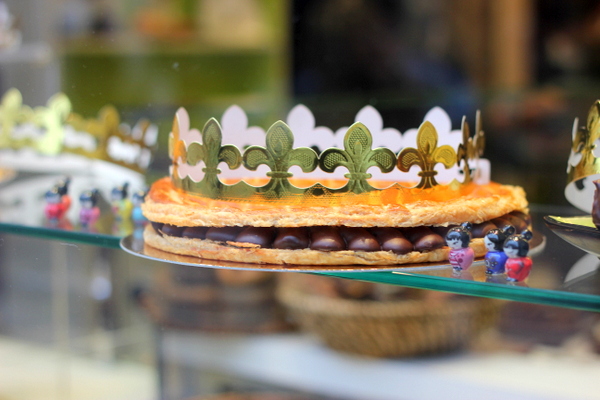 This year we hand-made our king cake, or galette des rois. A galette des rois is a double-crusted tart stuffed with frangipane (almond paste). The top is bathed in egg yolk so it acquires a beautiful, golden color.

[Disclosure- we made two king cakes, one frangipane and one apple, but I COMPLETELY ruined the other one with my terrible baking skills (i.e. I put the top crust on when the filling was still hot). So this is the pretty one.] 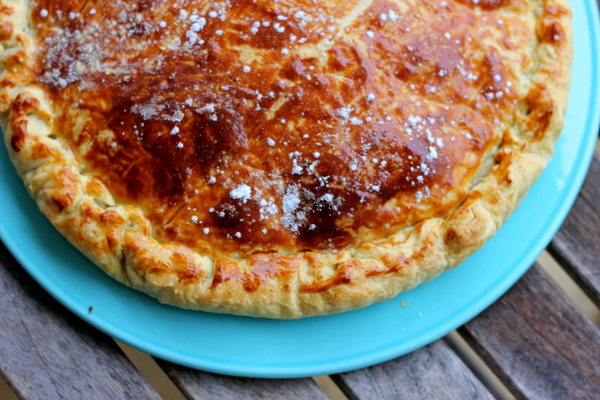 Traditionally the baker hides a figurine inside of the cake, anything from a car to a baby Jesus to a really, really excited-looking brioche. If your slice contains the figurine, called la fève in French, you become the king or queen for the year- which basically means that you wear a paper crown for about 10 minutes. 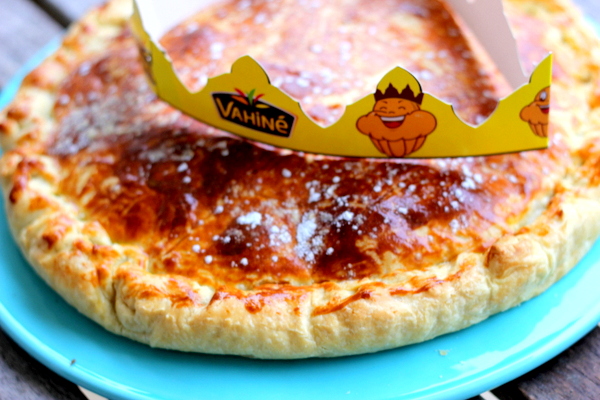 So here’s how the tradition goes at home-

a. The youngest child hides under the table.

b. The mother begins cutting into the cake and repeatedly asks the youngest child, “Who’s this piece for?” “Cette parti est pour qui?” and distributes the pieces.

c. The youngest child climbs out from under the table and everyone begins eating the cake.

d. And then? The most exciting part! You see if you got the fève in your slice of cake.

And guess who got the fève this year? Drumroll… 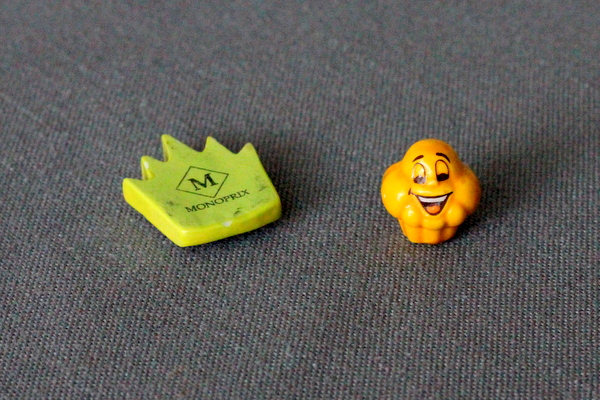 Me! I got the fève! Which is weird because I seriously never win anything.

And then I found the fève in my cake AGAIN at French school. (And because I’m the youngest person at school I also had to hide under the table, ha.)

And no, you shouldn’t eat galette des rois hot with a scoop of ice cream on top. (But wouldn’t that be a great idea?)

If you want to buy a galette des rois in France, Catherine told me that Eric Kayser, Paris’ most beloved chain bakery makes an excellent one (though I do believe it costs about 30 euros!) And it does seem that the majority of French women buy the galettes at the bakery as opposed to making them by hand; Catherine told me she only learned how to make it when she was living in the U.S. because American bakeries don’t make them.

Have you ever eaten galette des rois? What do you think of the tradition? Cute, right?

4 thoughts on “Becoming the Queen of France – A Cake Story”