Welcome to My Local Eats, a guest post series in which foodies from around the globe share their favorite local places to eat and drink. Today we will be learning about what to eat in New York, and so far the series has already covered Paris and Seoul. 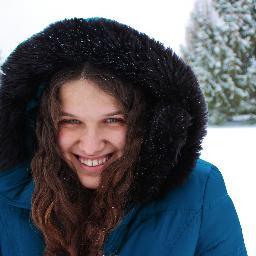 Hi, I’m Ash, a New York Native/Travel addict who’s currently traveling around the world via New York neighborhoods. I can go from Paris to Italy, from Brazil to Spain, from China to Africa all for the price of a subway ticket. And for the adventurer who can’t afford to adventure right now, this is a decent tradeoff. Ashley Abroad (it was weird when I just wrote Ashley) gave me the opportunity to share with you some of my favorite New York City “Travel” destinations. 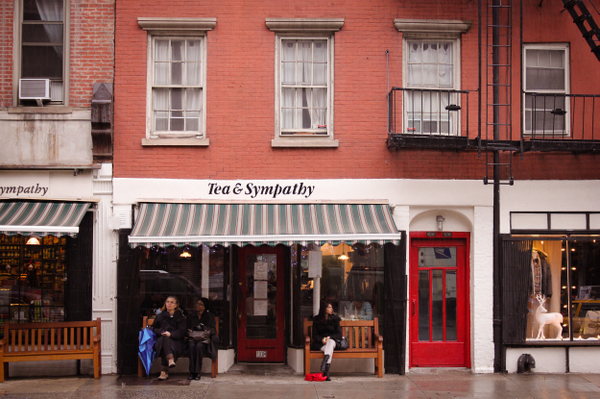 When Nikki Perry came to New York from London, she was determined to find a home for British cuisine and that was what she did by pretty much creating Little Britain with her now staple restaurant, Tea & Sympathy. This tiny restaurant could be easily over looked when walking down Greenwich Ave. But, especially on a weekend morning, you won’t miss the swarms of people waiting for a seat inside this 23 person (max) restaurant. Tea & Sympathy is the quintessential British Tea Shop, with over 25 different tea flavors, scones and (almost) authentic clotted cream, the actual clotted cream is banned in the US for pasteurization laws, but this stuff is fantastic. 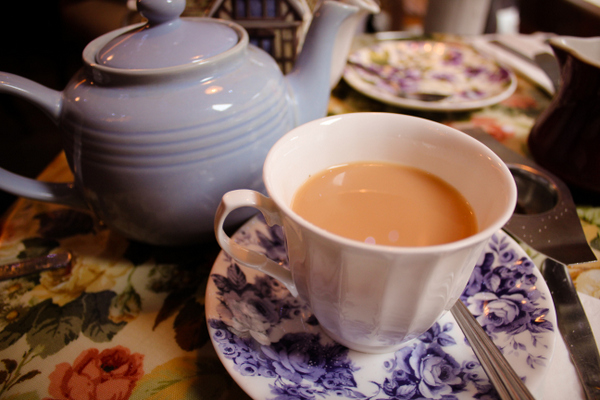 Although known mostly for its traditional English Breakfast on Saturday and Sundays, Tea & Sympathy is also filled with delicious sandwiches, tasty dinner pies and melt in your mouth desserts. My recommendations? The Traditional English Breakfast Tea, the Welsh Rarebit, a savory cheese and toast dish that may change your life, and the rhubarb pudding! (Ms. Perry also owns two other British themed stores on the block, A Fish and Chips restaurant called “A Salt and Battery” and “Carry on Tea & Sympathy” a British convenience store which sells British goods and food.) 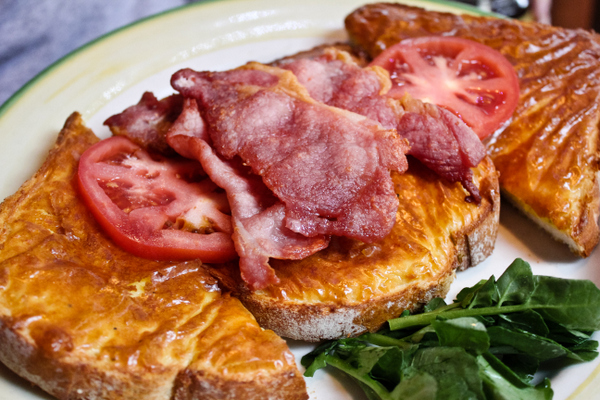 One thing to note, this restaurant has very strict rules like there is a required 10-12 dollar minimum per person (depending on the time you go) and they will not seat you until your entire party is there, some people find these overbearing, I think it adds to the charm!

Now I may be a bit biased because I live there, but Astoria, Queens is one of the most diverse and authentic neighborhoods in New York and is pretty much untouched by tourists. Astoria is known for its Greek food and people, but also has vibrant Moroccan and Eastern European influences as well. My favorite restaurant in Astoria is none of these three things. In fact, we will half to take a little hop over to Cuba. 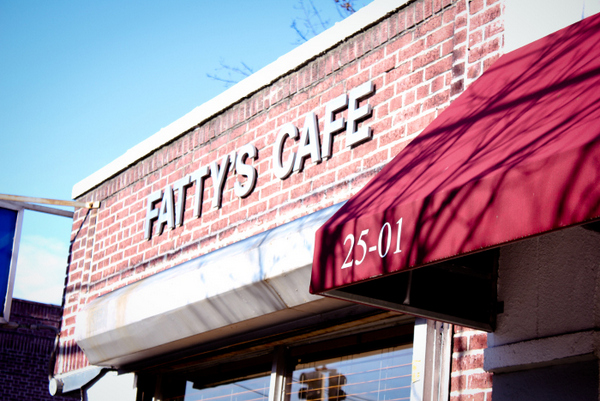 If you’re looking for tasty Cuban cuisine and probably the best mojito in the city, hike out to Astoria, Queens and take yourself to Fatty’s Cafe. It’s a small, brightly colored restaurant during the day and a fun, musical bar at night, with two of the kindest owners in New York, Sue and Ferd. Anyone who’s a Fatty’s patron knows these two, because they’ll make an effort to know you the second you walk through the door. Besides its atmosphere, the food is delicious, I have eaten almost everything on the menu and there is nothing I don’t like. On weekends they have a fantastic brunch and for only 15 dollars you get a meal and a drink, which is probably the best deal you’ll find in New York. My recommendation is the Chorizo Tacos and their mojito. (I am a huge mojito drinker and this one is the best I’ve ever had.)

Note: In the summer they have the greatest outdoor area, which lights and bamboo coverings. I promise the trek to this restaurant is worth it.

Our last stop on our adventure is down under. 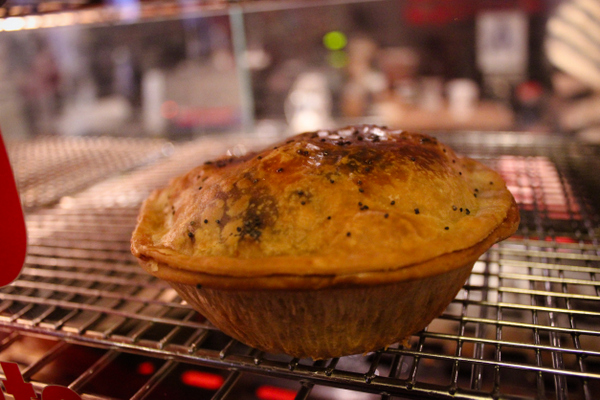 When Americans go to a baseball game, we eat hotdogs. When Aussies go to a football match, they eat meat pies! At least according to “The Tuck Shop,” the Australian Meat pie restaurant, located in 3 different locations around Manhattan. It’s open late so its the perfect spot for an after-drink bite. The menu is incredible simple, cheap and full of yummy pies. Don’t worry veggies, they have food for you too! 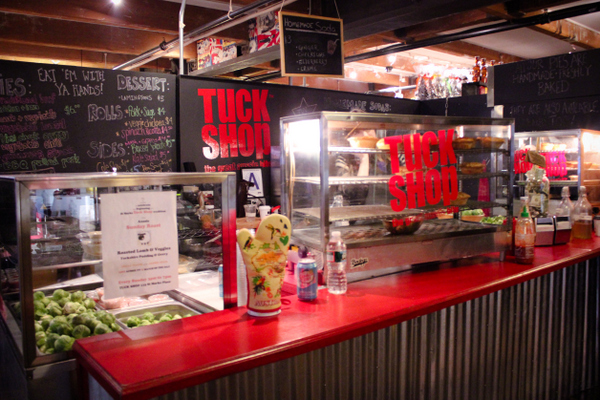 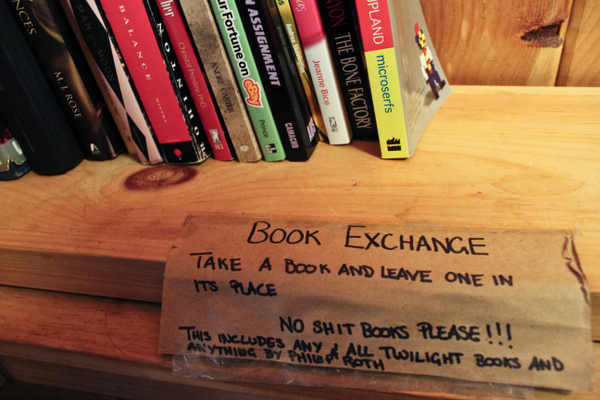 Whenever I go I meet awesome travelers and hear hysterical stories, plus they have a book exchange where you can trade in your old guide books and get another. Oh did I mention they also home make all of their own sodas which is pretty awesome and quick tasty. My recommendation is the BBQ Pork Pie with the Cole Slaw and an Elderberry soda!

[learn_more caption=”Location:”] The Tuck Shop: A Great Aussie Bite For any information you need on any of the locations check out their website. [/learn_more]

[author] [author_image timthumb=’on’]https://www.ashleyabroad.com/wp-content/uploads/2013/01/5148f563e22b8af6ff8c01bec1cd3d65.jpeg[/author_image] [author_info]Ashley Hufford is a blogger and video editor living in New York City. She spends her days writing, playing the ukulele, drinking tea, babysitting and freelancing, but not always in that order. To hear more about her post-grad, caffeine-fueled, New York City adventures follow her on Twitter @AshleyHufford.[/author_info] [/author]

What are your favorite things to eat in New York?