So as I have mentioned before, we have all been completely wrong about German food. Seriously. It’s good. Really good.

Don’t believe me? Let me take you through just one day of lecker German food in Cologne.

After climbing 509 steps up the cathedral and 509 steps down we felt we deserved a nice, hot meal at the brauhaus, don’t you agree? (More than 1000 steps in a day- who am I, Jane Fonda?)

After a hurried walk around town, we settled on Peters Brauhaus, a cozy, old-fashioned, and kind of adorable brauhaus. The first order of business was ordering Kölsch, Cologne’s local beer that is ever cold, frothy and golden. 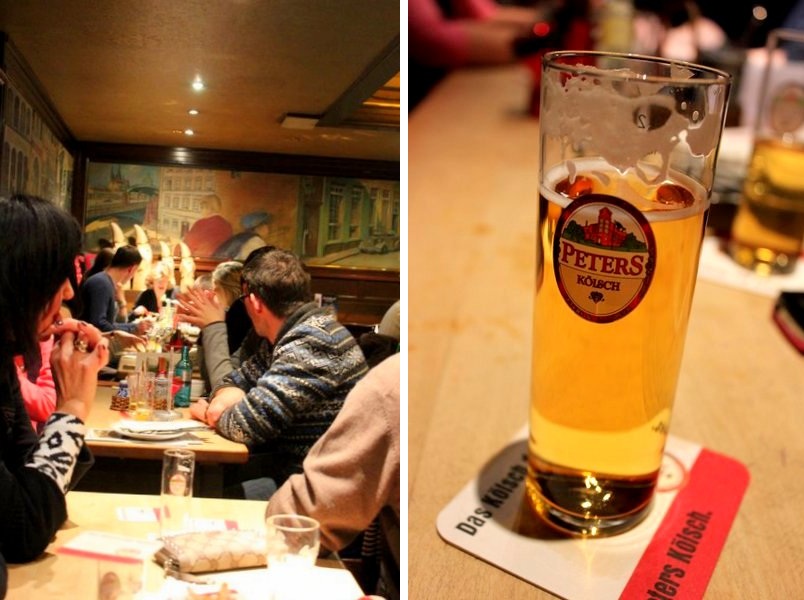 My only complaint about Kölsch is that it is served in tiny, tiny glasses. What happened to the gigantic beer steins that I had to lift with two hands in Munich? Have they been banned since I was last in Germany? 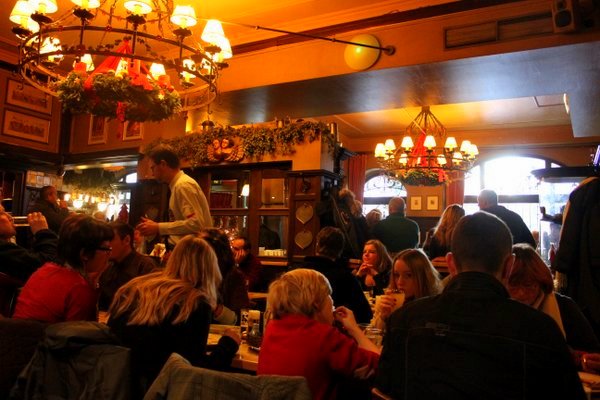 The second order of business was gobbling up a hot bowl of soup. We let the delightful Julika from Sateless Suitcase order for us and soon we had steaming bowls of Rheinische Kartoffelsuppe mit Speck, or Rhineland potato soup with speck.

Move over pancetta, speck is my new favorite pork belly product. When I tasted the soup I turned to Marina and said with a straight face, “This is the best soup I’ve ever had in my life.” I don’t remember her response because she had ordered the same thing and we were really past words. 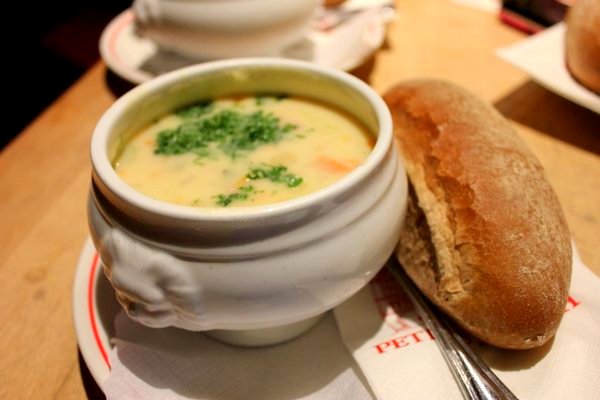 After we sadly parted ways with the brauhaus, the next stop was the Heimat der Heinzel Market, which is a Christmas market that is supposed inhabited by magical gnomes.

The little house gnomes (Heinzelmännchen) are said to have done all the work of the citizens of Cologne during the night, so that the inhabitants of Cologne could be very lazy during the day. According to the legend, this went on until a tailor’s wife got so curious to see the gnomes that she scattered peas onto the floor of the workshop to make the gnomes slip and fall. The gnomes, being infuriated, disappeared and never returned. From that time on, the citizens of Cologne had to do all their work by themselves. – source 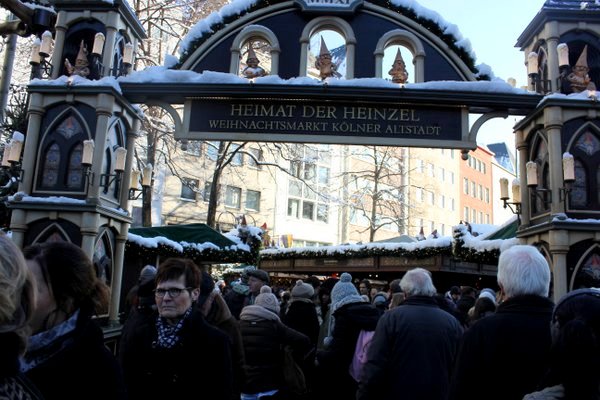 As I quickly learned in Germany, the first stop at any Christmas market is the stand that sells hot alcohol; it’s essential to imbibe a hot mug of Glühwein while standing outside in the German winter.

Our hot beverage of the day was apfelpunsch, or apple punch. To accompany our rum-laden apfelpunsch we ordered baked Bosch apples stuffed with cinnamon granola and covered in strawberry jam and vanilla sauce. 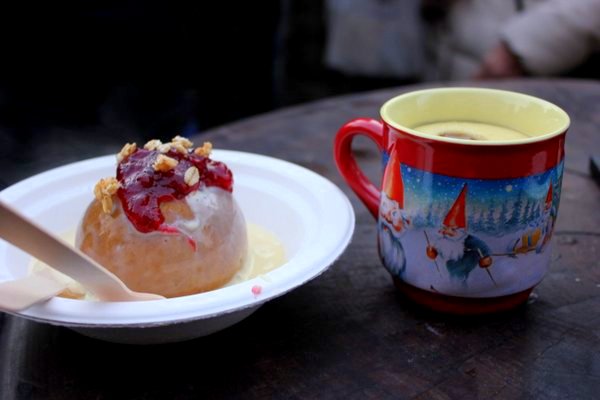 Why aren’t all apples stuffed with cinnamon granola? 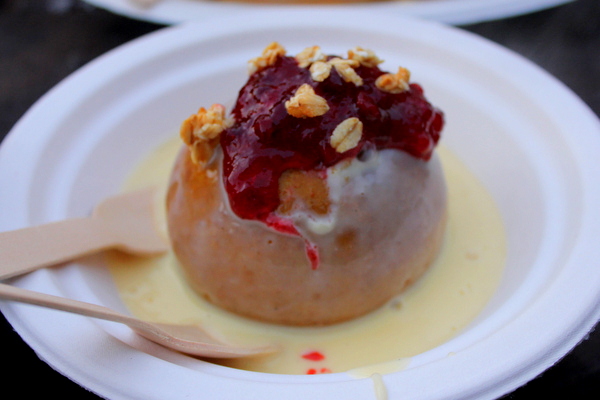 This really was an enchanted market; just look at the Travelocity gnomes hanging out on the roof! 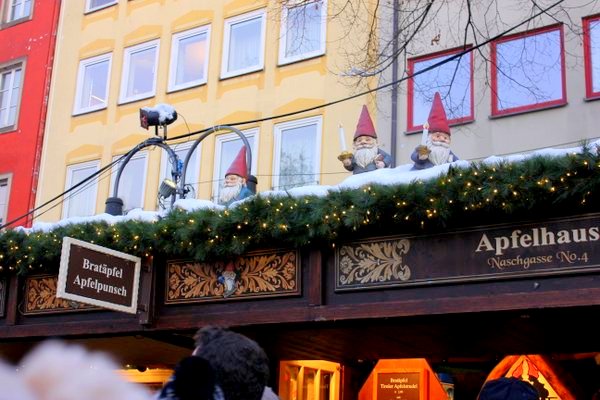 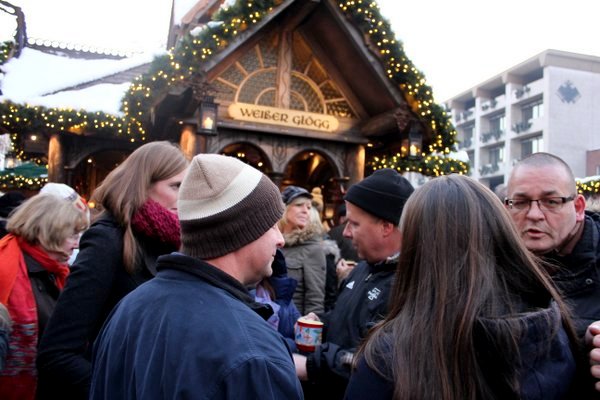 On the way home we decided to visit a little Germany bakery with loaves upon loaves of dark, grainy, nut-studded bread. I enjoyed the sweet hazelnut bread, but the real stand-out was the smoky, earthy flavor, perfectly crusted walnut bread.

I didn’t even toast or butter it because I didn’t want to taste anything but its smoky walnut-y flavor. And I toast and butter everything. 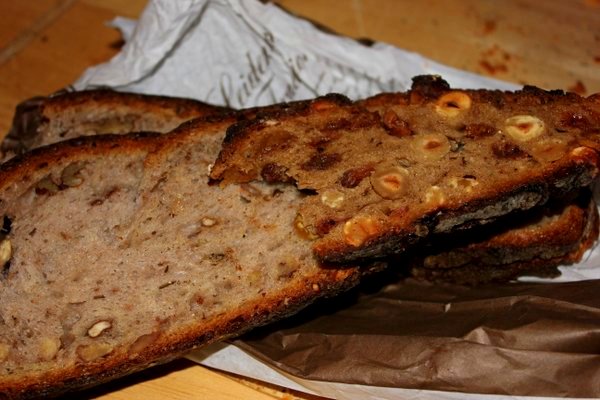 On a completely unrelated thought; I really regret not buying that gnome mug. 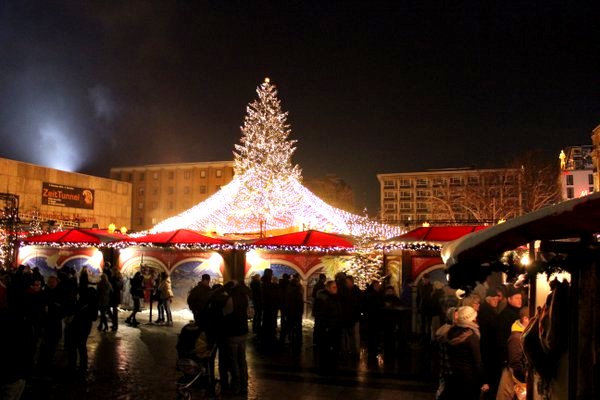 But gnomes aside, I found Germany in December to be a very magical place. With lots of magical food as well.

Do you enjoy German food? Am I alone here?

24 thoughts on “The Delicious Truth behind German Cuisine”