So I booked my ticket to Cologne, Germany to see the Christmas Markets with my friend Marina! I have since made a list of all the locations I’m planning to visit over the next nine months. I’m posting this for other travelers and travel bloggers to see – I would LOVE your wise advice on where to go.

To date I have spent five summers in Europe; a grand total of almost eight months here. I’m ashamed to admit that during that time I have barely gone outside of Western Europe, and have missed some truly amazing countries and cities. Here is what I hope to see during the next nine months… bring on the Easyjet! 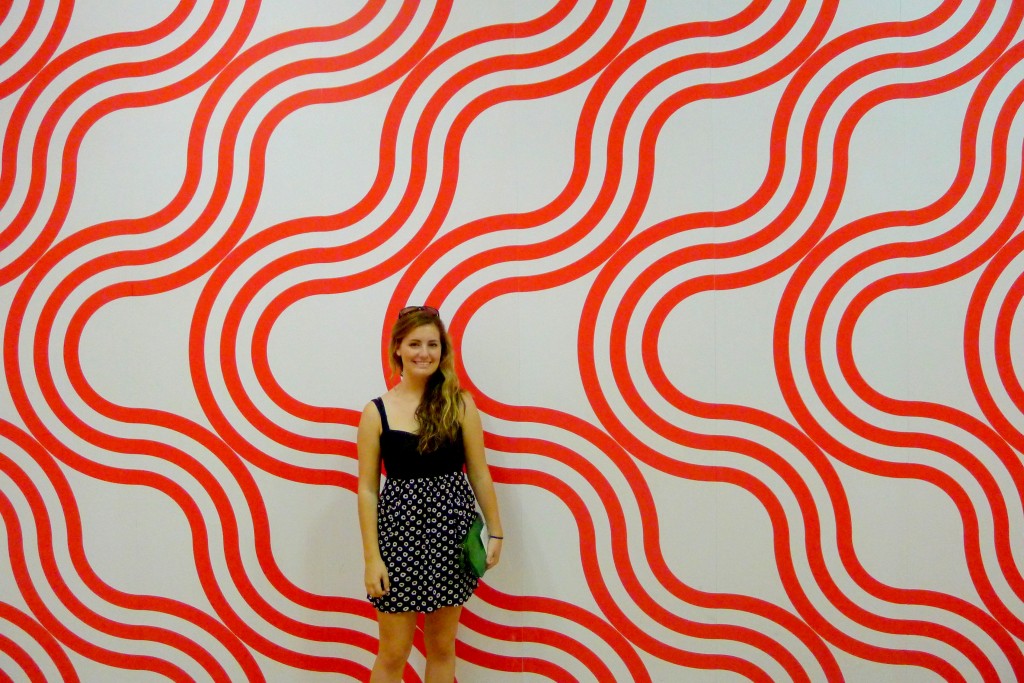 Please pretend I’m standing in front of a far-off, exotic location and not this contemporary art squiggle-fest at Pompidou.

I’ve wanted to visit Istanbul ever since I saw pictures of the Hagia Sofia. Also I adore Arabic architecture so I’m sure I would be in photo-heaven. My only concern is getting there as Easyjet sadly does not fly there. Also would it be safe as a solo female traveler?

I’ve heard Budapest has incredible nightlife and lots of hot baths. And I feel really guilty for having seen virtually none of Eastern Europe.

The big draw for me in Berlin is the street art – I’ve heard rumors that it’s everywhere. I also have a huge fascination with war history, so seeing the bombed-out Kaiser Wilhelm Memorial Church would be really interesting for me.

I have studied in Spain twice and visited five times, but I have never been to the fabled Basque Country. I was green with envy when I saw Anthony Bourdain’s episode there in which he ate pintxos in an old-school bar overlooking the harbor. I will get there.

While I found Amsterdam beautiful, it didn’t feel particularly Dutch to me with so many ethnic restaurants and tourists. I want to return to the see the “real” Netherlands with the family I work for in France, as the dad is Dutch and hails from Eindhoven.

To be honest I don’t have that much of an interest in Croatia (or at least I don’t have a preconceived fantasy about it), but my friend went there last summer and said it was like the new Tuscany: filled with truffles and good wine, but less tourists and lower prices.

In Morocco I want to barter for rugs and pottery in the bazaars and eat tagine and cous cous. I want to hear the call to prayer and experience something truly different – in fact I have never been to a Middle Eastern country! I’m thinking Marrakesh is the best place to start, but I’ll have to wait until I find a male travel buddy to come with me.

I have a feeling I will hate Venice (I despise crowds), but it is a city with a fascinating merchant history, and I mean come on, it’s sinking! I need to get here sooner rather than later. I’m also assuming it will be less crowded in the winter.

There are lots of other places I’ve been thinking about: Krakow, Prague, Slovenia, Copenhagen and Sicily among them! Basically anywhere I can cheaply fly to with Easyjet is on my list.

Destinations in France I want to visit

I want to see the sea here, as well as try the galettes. I love galettes.

The D-Day beaches would probably bring me to tears, and the nature here would be a great escape from Paris.

My friends are planning on taking a trip to the French Alps and have invited me to come along! As a total ski bum it would be a real treat for me to ski the Alps – and mark my third continent for skiing!

Okay this is a little strange, but a long, long time ago my family had a castle. My last name is Fleckenstein and we can trace our ancestry back to the owners of the Fleckenstein castle, which is located in present-day Alsace. My dad has been there and visited our family who still lives nearby, so I would love to go see the castle too. Also the castle is basically a ruin now, and this photo is what it would have looked like 500 years ago.

After spending one of the most amazing weeks of my life in the nearby island of Sardinia two summers ago, I would love to visit wild and French-speaking Corsica.

Where do you think I’m missing? I would love to hear your ideas for great European destinations!