One thing that surprised me about my trip to Azerbaijan? The food. It turns out Azerbaijani food is amazing. It’s healthy, varied, and fresh, with lots of sour notes and pickled components.

Overall, Azerbaijani cuisine is most similar to Turkish food. You’ll also see influences from other neighboring countries: lots of pomegranates (commonly used in Persian cooking), as well as dill (predominant in Russian food).

How meals work in Azerbaijan

A meal in Azerbaijan usually begins with some light snacks to open the meal: bread, yogurt, cheese, cucumber and tomato, pickles, and fresh herbs. It’s a bit like mezze in Turkish food. 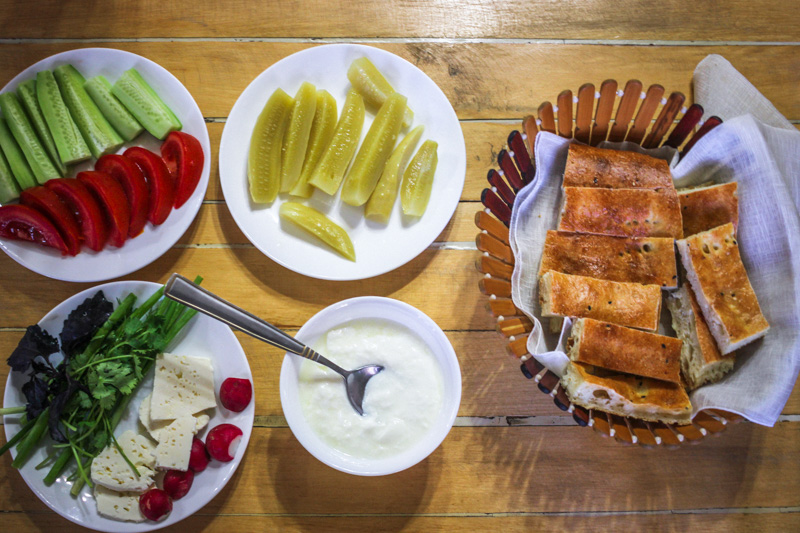 Then you move onto richer main courses: soups, meats, and most commonly, plov, a rice pilaf dish (more on that later).

So if you ever find yourself in Azerbaijan, here are the Azerbaijani foods you have to try: 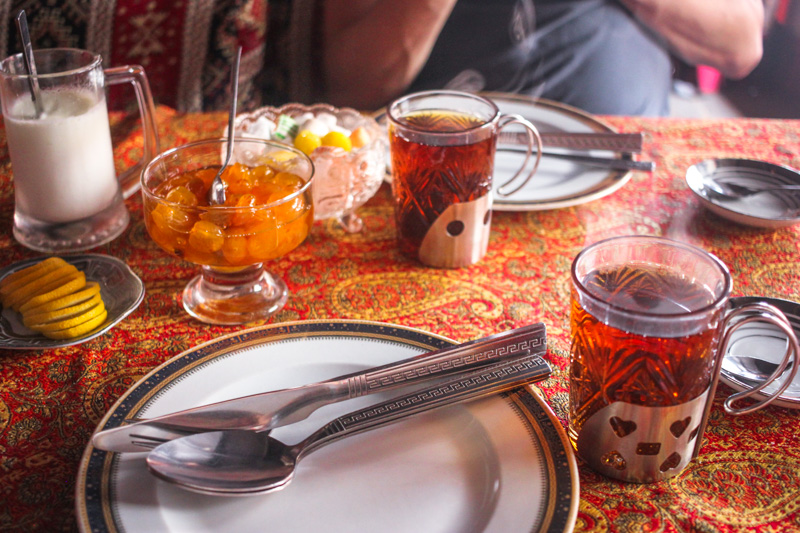 The first thing you will likely try in Azerbaijan is tea and jam. Like Turks, Azeris drink their tea black and from a small glass. But like Russians, they enjoy it with jam.

Coffee drinkers – brace yourself for lots and lots of instant coffee while you’re in Azerbaijan. Azerbaijan is solidly a nation of tea-drinkers. 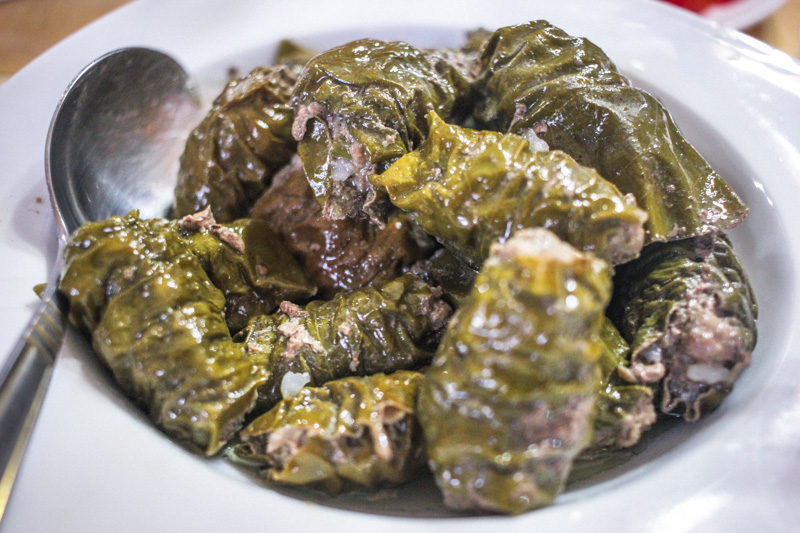 Azerbaijani dolma is not the most photogenic dish in the world but it is. so. good. It’s minced lamb mixed with rice and seasoned with mint, fennel, and cinnamon, stuffed in grape leaves. I’ve tried a lot of dolma in my life (I love Lebanese food), but Azerbaijani dolma was the best I’ve ever had.

Did you know UNESCO has recognized Azerbaijan’s dolma as an example of Intangible Cultural Heritage of Humanity? That’s how good it is. 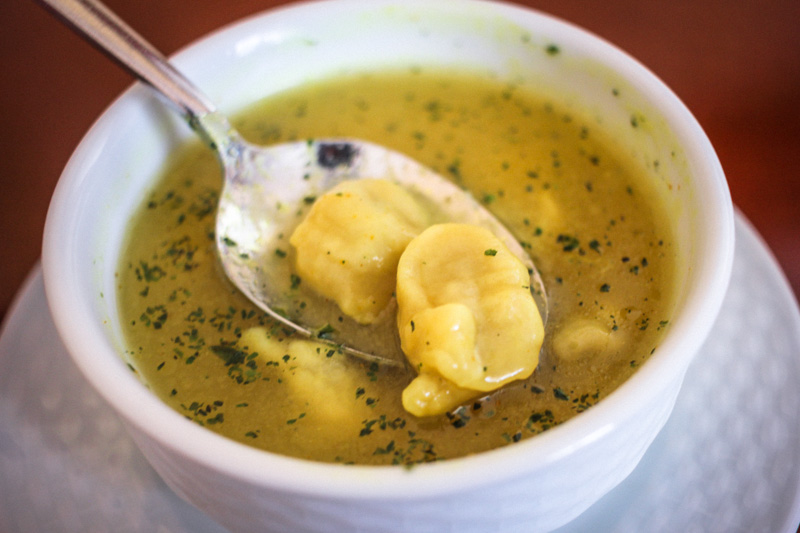 Dushbara is a traditional dumpling soup. The dumplings are tiny and stuffed with minced lamb and herbs. They’re delicious, but the best part is the addictively rich broth, which is made with mutton bones. 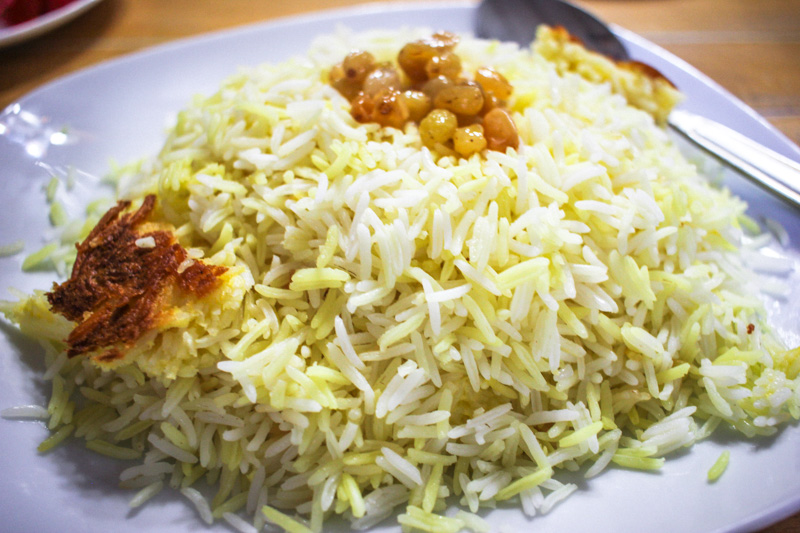 Fun fact – there are more than 40 different types of plov in Azerbaijan. I guess I’ll have to go back to try more of them. 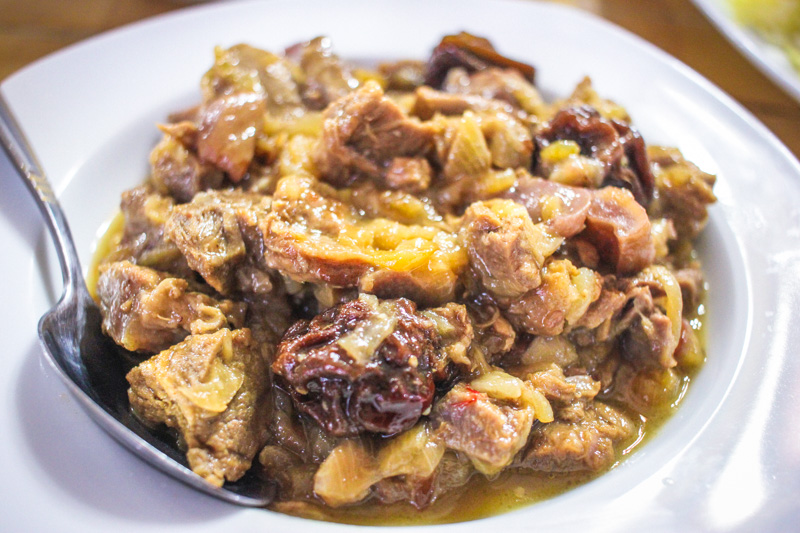 If you try one plov in Azerbaijan, make it parcha-dosheme plov. This one was made with mutton and prunes and it was so sour and rich and tasty. Yum. 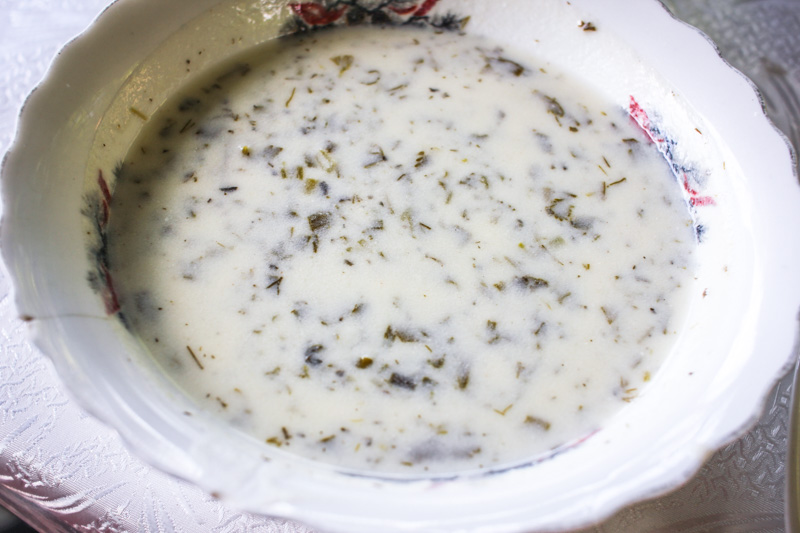 Dovga is a yogurt soup made with rice, as well as herbs and spices such as coriander and dill. It can be served warm or cold. As I visited in June, it was always served cold, and it was a creamy, tart, and refreshing snack. 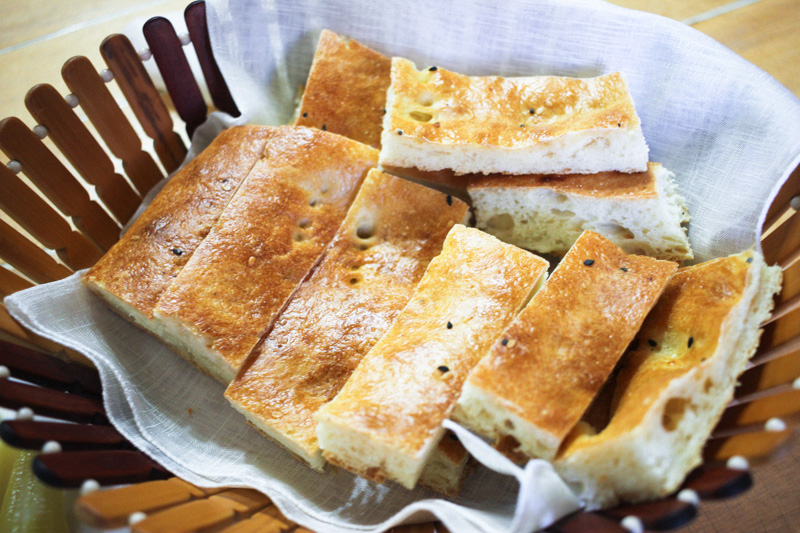 Tandir bread, the bread you’ll see on almost every table on Azerbaijan, is amazing. It’s usually baked in a clay oven (hence the name, which comes from tandoor) and tastes like a mix of focaccia and naan. It’s chewy and airy, leavened but also dense. I loved dipping it in sour yogurt sauce.

Where to try Azerbaijani cuisine:
If you’re in Baku, go to Sehril Tendir, an excellent restaurant in the Old City with traditional Azerbaijani food and a tandoor oven.

If you’re going to Lahic (also spelled Lahıc), a popular mountain town, I highly recommend staying at Lahıc Guesthouse. They serve the most wonderful, home-cooked meals, which are included in the room rate.

Have you ever tried Azerbaijani food?

2 thoughts on “7 Foods You Have to Try in Azerbaijan”