While I was driving north to Murchison Falls with my aunt and uncle, my aunt requested we stop at Ziwa Rhino Sanctuary to see rhinos in the wild.

As I had never seen any African animals in the wild, let alone white rhinos, I was beyond excited.

Ziwa Rhino Sanctuary is unique because it’s the only place in Uganda where you can see wild rhinos. Uganda used to have hundreds of rhinos but during Idi Amin’s regime in the 1970s, almost all of the rhinos were poached and slaughtered.

When we arrived at the park, we stopped by the conversation center. Soon after we picked up our guide, a cheerful Ugandan man in his late twenties. 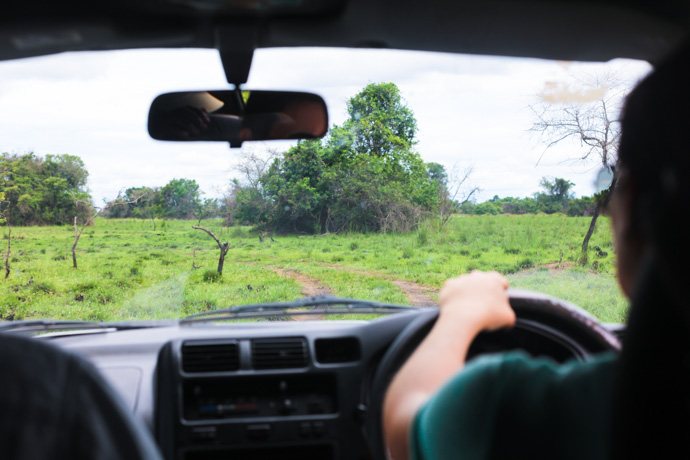 As we drove, our guide launched into the history of the park. “Our first rhino was born in 2009. His name was Obama.” He beamed. Apparently the baby rhino was given the name Obama because his father is from Kenya and his mother from the US, ha.

Once we reached a big grassy field, my aunt warned us that we may be walking for a while. But as soon as we stepped out of the car there they were – four rhinos. 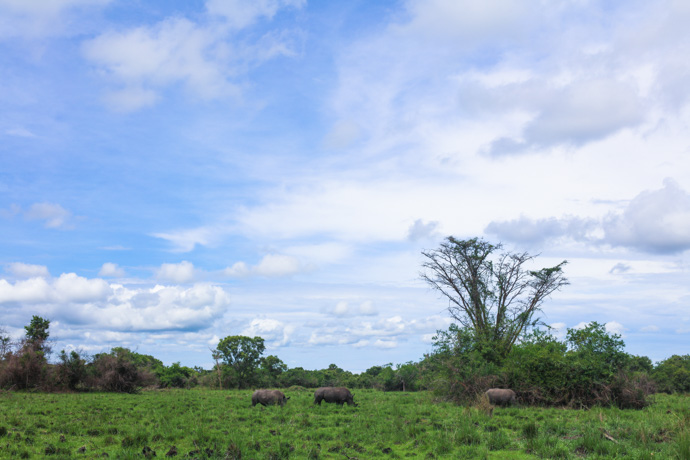 They were so beautiful – large and tank-like, with thick, leathery skin. Honestly, they reminded me of dinosaurs.

It was then I asked our guide, so why do they call them white rhinos if they’re grey? 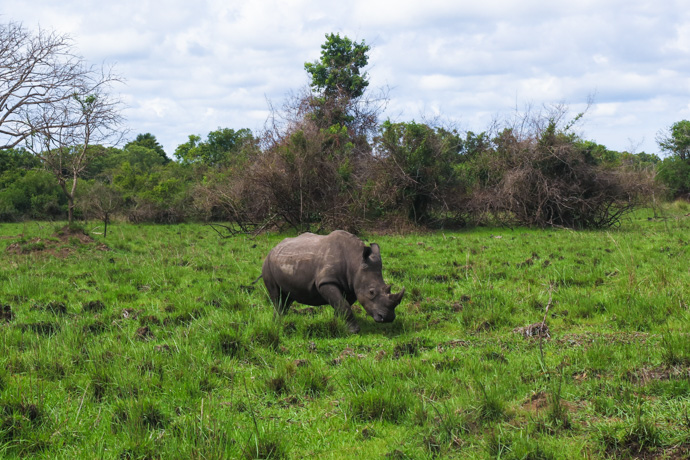 Apparently it was due to a misunderstanding in colonial times. The Dutch called them “wijd” (wide) rhinoceros, because they have wide mouths. English-speaking settler misunderstood this as “white”, which is why we still call them white rhinos. 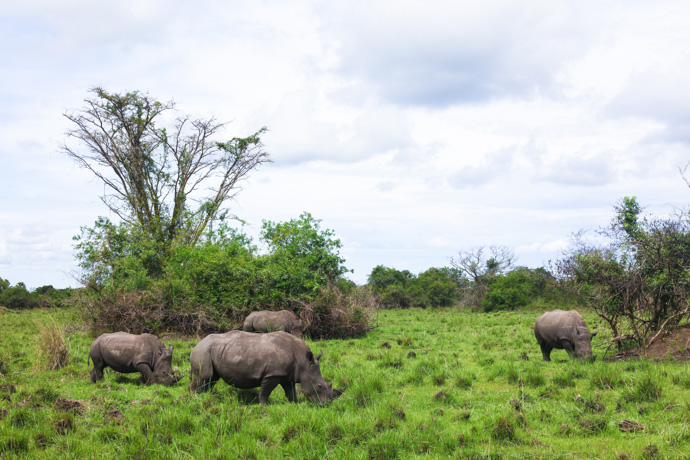 After seeing four rhinos, we walked around the park. In the process, we saw a group? a flock? of kob, an antelope native to sub-Saharan antelope.

One thing that has surprised me about wildlife in Uganda is how many species I’ve never heard of. As an avid Zoo Tycoon player during my adolescence, I kind of thought I knew them all.

Then we stumbled upon a mother rhino and her baby. How precious is the baby?! 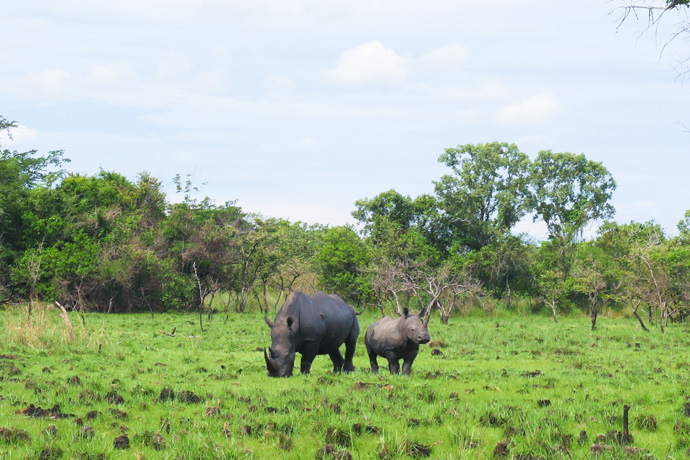 As we returned to the car, I was overcome with emotion overseeing the rhinos. We would’ve been lucky to see one, and we saw six. Not only that, we were able to get so close to them – they were only about twenty feet away.

If you’re ever in Uganda, I highly recommend stopping at Ziwi to see the rhinos. Rhinos are such magnificent animals, and to see them up-close in the wild was something I’ll never forget.

Have you ever heard of Ziwa Rhino Sanctuary? What animals have you seen before in the wild?

Ziwa Rhino and Wildlife Ranch is located 100 miles north of Kampala. It’s on way to Murchison Falls, so I recommend stopping if you’re heading there.

Rhinos prefer cool, overcast weather. So note that if it’s hot they may be lying down!

Wear close-toed shoes and long pants. I wore shorts, but the guide recommended wearing long pants. You’ll be in the sun for a few hours, so also wear sunscreen and a hat.

Photographers, bring a telephoto lens – I took all of these with my 50mm but had to zoom in like crazy.

Make sure to purchase travel insurance before your trip to Uganda. I’ve used World Nomads for years and highly recommend it.

6 thoughts on “Rhino Trekking at Ziwa Rhino Sanctuary in Uganda”