As any reader of this blog knows, I absolutely adore history. But despite seeing Roman ruins like Palatine Hill in Rome and the Basilica Cistern in Istanbul, I was never terribly interested in Ancient Rome.

Jerash is the most impressive Roman ruin I’ve ever seen; a 2,000-year old Greco-Roman city complete with a chariot-racing track and an Artemis temple. What more could a history-obsessed girl ask for? 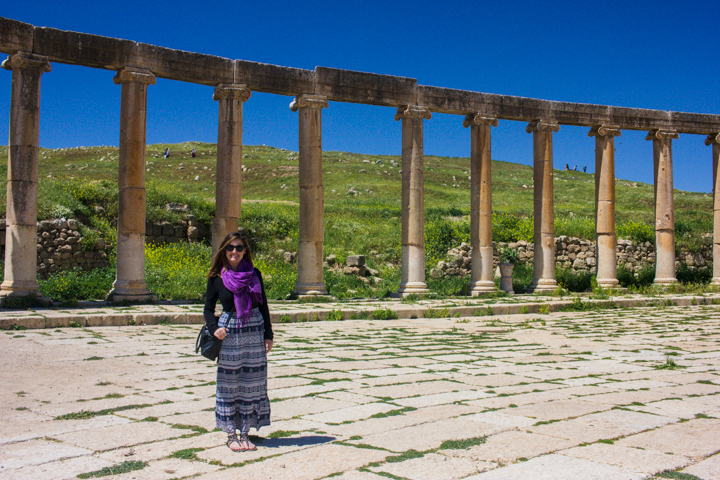 As soon as I stepped foot at Jerash, I realized why it’s Jordan’s second most-visited tourist site.

Two, you can touch the ruins. At Jerash there are no fences or barriers- nothing to prevent you from walking among the buildings as the Romans did.

And three, you often have Jerash all to yourself. On the day we visited in April we were some of the only tourists. Can you imagine being the only visitor at the Roman Forum?

We entered under the Arch of Hadrian, erected to honor the Roman Emperor Hadrian. 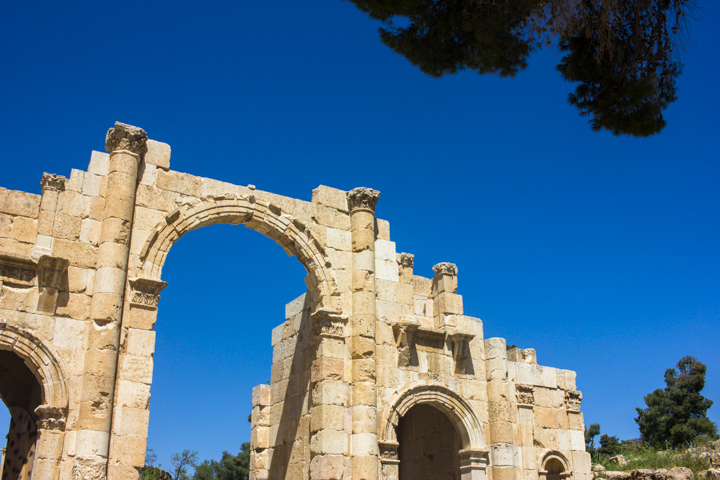 I was excited to recognize Hadrian’s name from Hadrian’s Wall, the barricade he built in Northern England to keep out the Scottish picts. (Which is exactly like The Wall in Game of Thrones. Um, moving on…)

The expanse of the Roman empire truly blows my mind- how could a civilization stretch all the way from Northern England to Jordan? 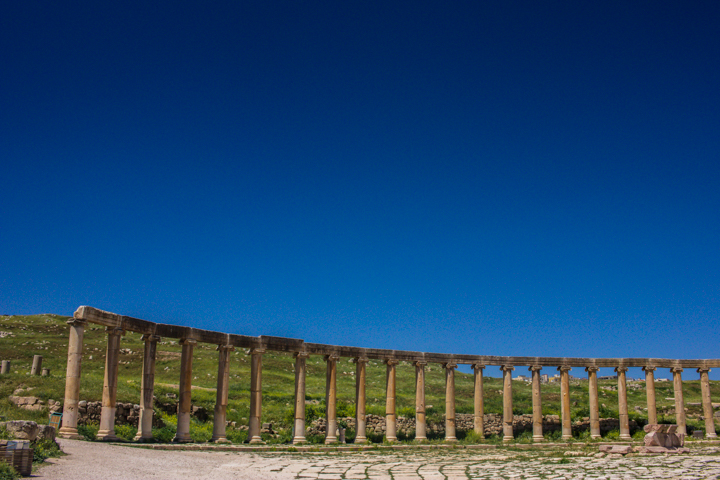 The oval forum with Ionic pillars. 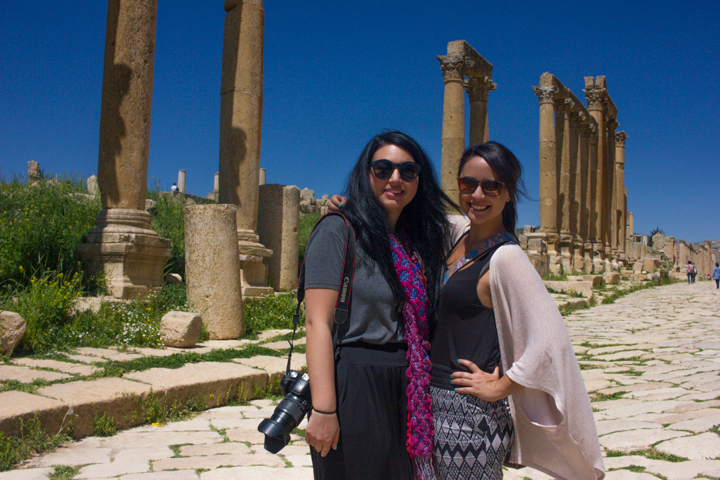 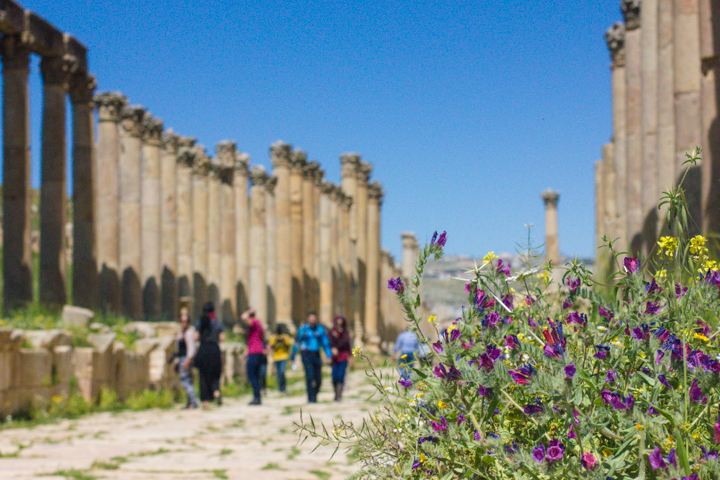 Then we discovered why Jerash is called “The City of a Thousand Columns” as we strolled along the cardo maximus, or colonnaded street. Almost every Roman city had a cardo maximus as they were main streets that served as centers for the local economy.

Fun fact- did you know all cardo maximus run north to south? 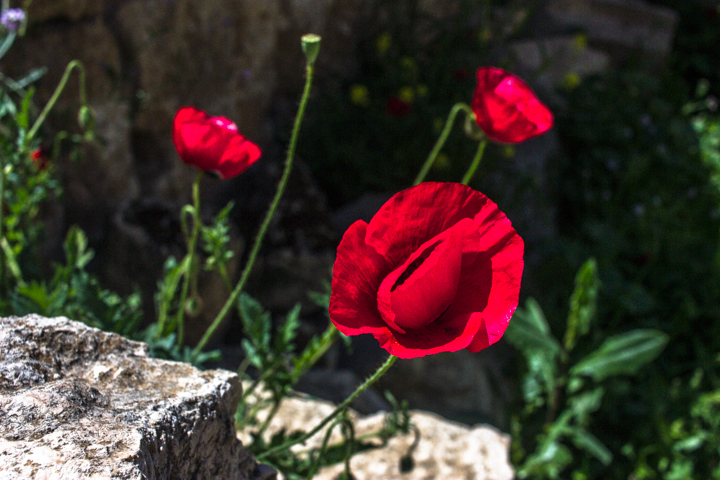 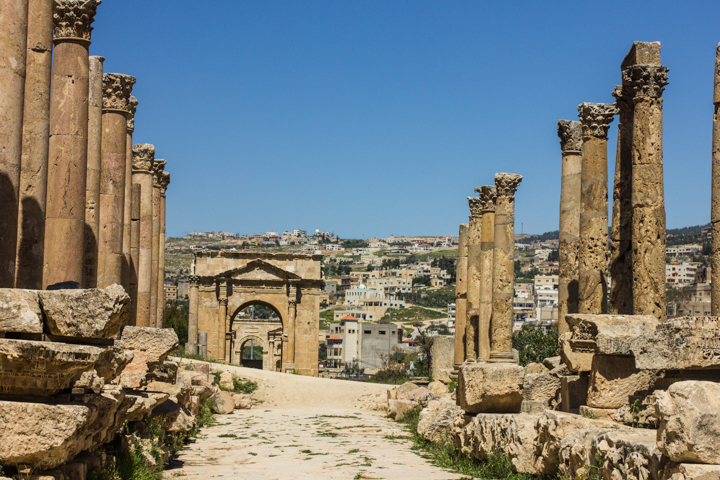 Next we headed to the Roman market, or agora, where our guide pointed out where the butcher’s stand once stood. See the lamb carved into the rock below? 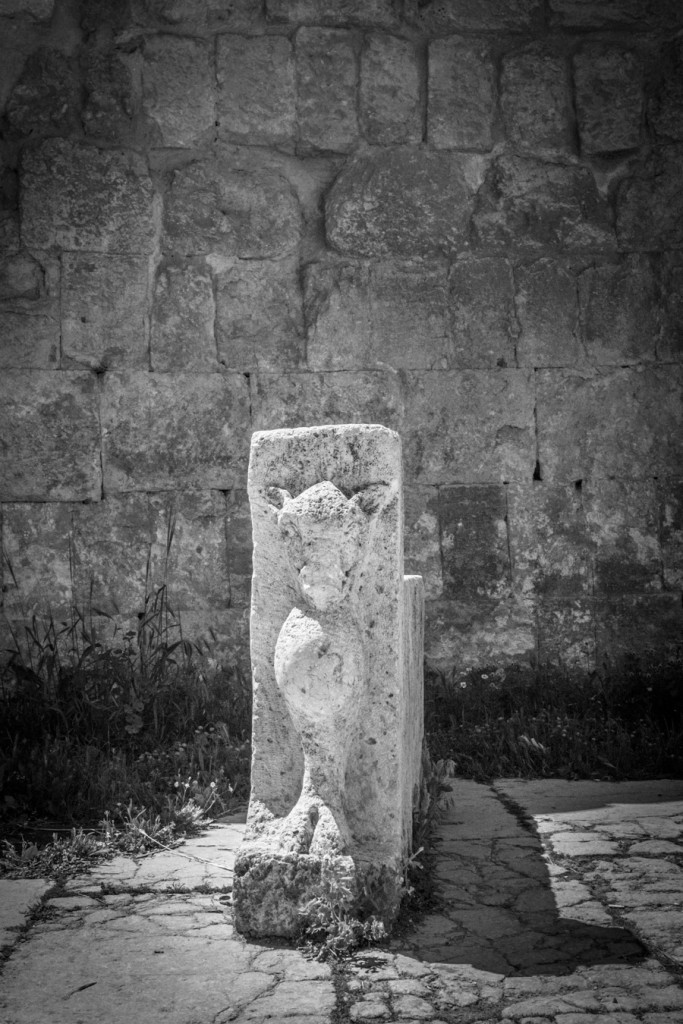 While normally I’m not into guided tours, I love when guides point out little details like this- I would never have seen the lamb on my own. 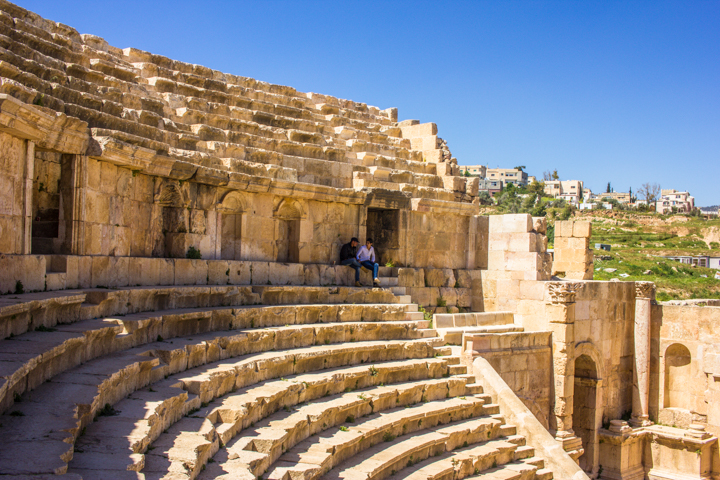 As a Greek mythology aficionado, I especially loved seeing the Temple of Artemis, the virgin goddess of the hunt and patron goddess of Jerash. I was impressed by how intact the temple was, with 11 out of the 12 original pillars still standing. 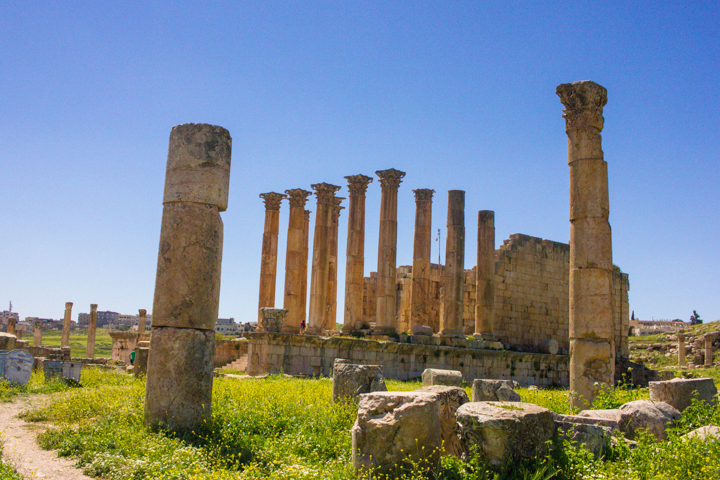 By the end of the day I was so grateful that we had visited Jordan in the spring- not only was the weather temperate, the fields were covered in purple and yellow wildflowers. 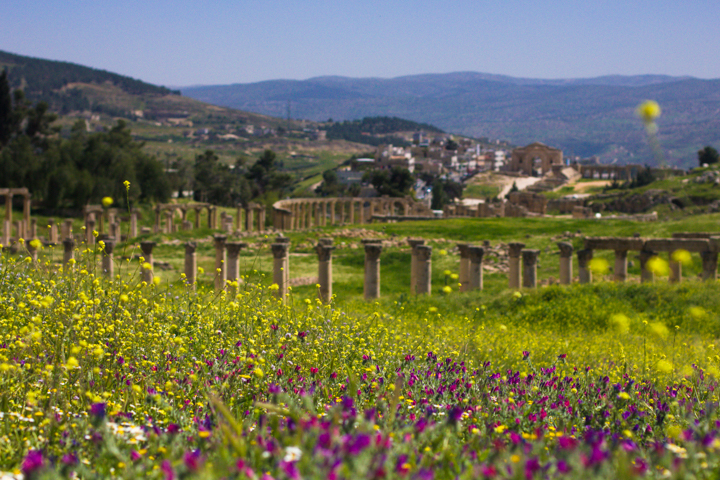 Jerash was one of my favorite places I visited in Jordan. By the end of our visit I was dreaming of all the Roman ruins I have yet to see- Leptis Magna in Libya, Pompeii in Naples and the famous aqueducts of Nîmes, France. My Roman obsession continued for the rest of the week in Jordan- I watched Gladiator not once, but twice on the flight home.

The most important thing I learned at Jerash was if you love Ancient Rome, don’t just go to Rome itself. The Roman empire was vast, and so are its ruins. So fellow history buffs- consider Jordan. I promise you won’t be disappointed.

Are you a fan of Roman history too? Would you visit the Middle East to see Roman ruins?

I was a guest of the Jordan Tourism Board, but as always, all opinions are my own.

17 thoughts on “Exploring Jerash, Jordan, The Rome of the Middle East”