Today we’re hearing from Edna, one of my best friends who has been working around the world since 2008. We met back in 2012 when we were both living in Paris and have been friends ever since! Although Edna and I lived in Paris at the same time, we had fairly different jobs. Edna worked as a private English tutor and had her own apartment, and didn’t help cook or clean.

If you’re not entirely sold on au pairing, working as a private English tutor might be a good option as well (no household chores!). Read on more to hear about Edna’s experience.

Did you live in Paris proper or the suburbs?

Paris proper: the diplomatic and quiet 16ème. My employers lived right next to the Eiffel Tower, so this was my view every day. 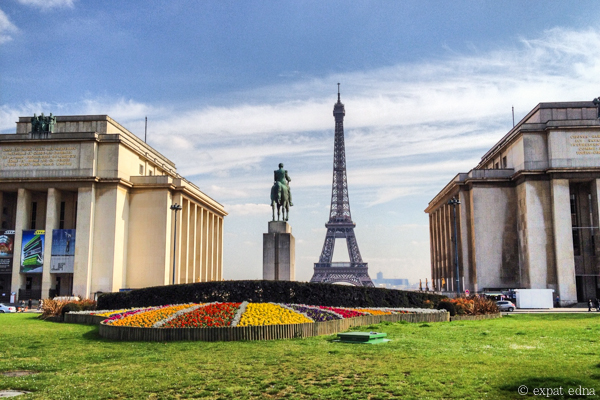 How long were you based in Paris?

Two years total. 18 months on contract, and I stayed in Paris another six months after. (Though these days I use Paris as a home base when I’m not traveling, so I’m back every few months anyway.)

What was your salary? Were you paid monthly or weekly?

They provided my phone’s SIM card, a year-long Navigo metro card, covered all my apartment’s utilities, plus half of any French classes — so for the most part, all my income was mine to keep. I bought my own flights to Paris.

Did you live with the family or in your own apartment?

I had a very large, private studio in the 16eme. It was a great space for Paris: I even had an oven, bathtub and balcony. 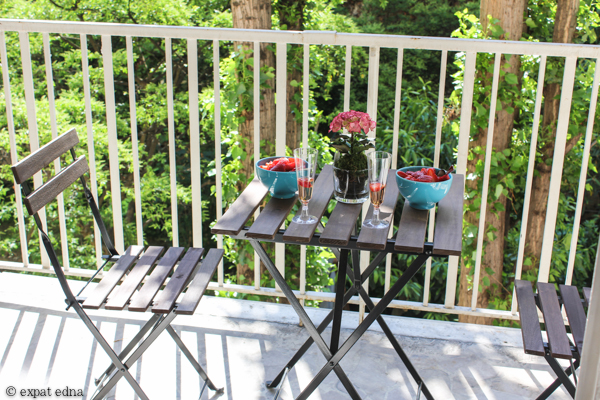 How did you find your family? Through a website, friends, etc.

GreatAupair.com. I got the position almost immediately after joining the site.

What kind of visa were you on?

The au pair visa (which was a miracle in itself to get in two weeks) — my family did everything by the books.

Relatively formal: I was very much regarded as a paid employee, not ‘one of the family’. Which was GREAT! My employers were very, very kind to me and we had a great working relationship — but I got to live on my own in a separate apartment and have my own separate life, which allowed me to pursue my career as a journalist at the same time.

The family respected my time and scope of work, which meant I never worked extra hours, was never ‘on call’, never had to cook or clean.

I loved the relationship I had with the family; I think it was ideal. Distant though it may sound, we were also fond of each other: for my 24th birthday, just before my contract was ending, they gave me beautiful gifts from Louis Vuitton and Lacoste to “remember them by”. 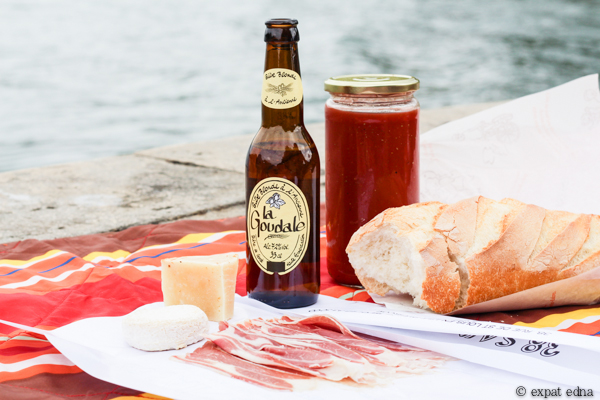 Were there any cultural/language barriers?

They had lived in NYC for years so not really, they were quite familiar with American culture and spoke fluent English.

I suppose they did find it amusing I drank coffee in the mornings, rathern than after a meal; and that I sometimes ate with one hand in my lap — French manners dictate both hands must stay above the table.

Did you go to French school?

I went to Alliance Francaise, and then France Langue near Victor Hugo. I preferred and would recommend the latter. 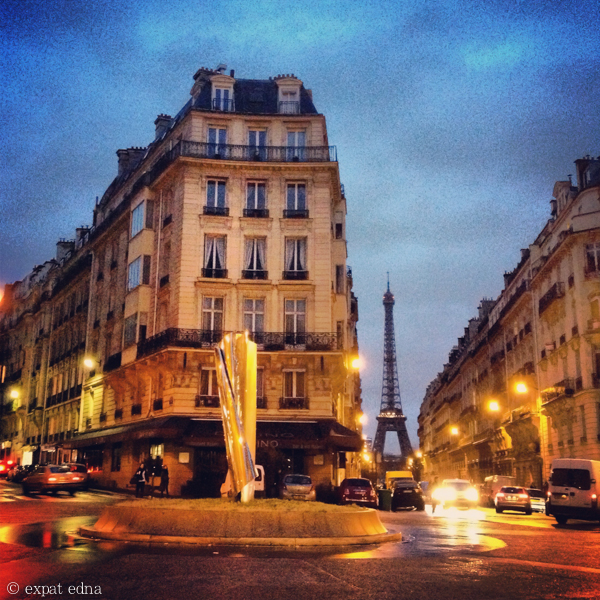 What duties did you have? Did you cook for the family?

I did not cook or clean. I was mainly a tutor; most days my schedule looked something like this:

How many hours a week did you work? Did you have any vacation time?

Fewer than 20 hours a week. I also had two days off a week, and received two weeks paid leave every six weeks (because of the French school schedule).

They were also quite flexible and understanding if I needed more time off, and I made sure to give them as much notice as possible. In addition to the paid leave, I was able to attend a wedding in Ireland, spend a month in London and a month in Azerbaijan on sports-related assignments, and take a night off to attend a private event with the president of Ireland at the Irish Embassy! 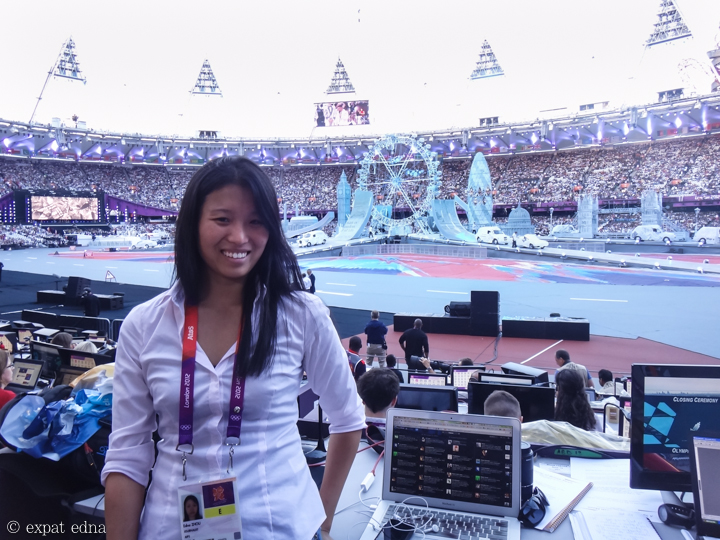 How did you entertain/educate the children?

A mix of puzzles and board games, science experiments, and LOTS of reading out loud, even when my charge was playing with other toys. It was a win-win: his English improved quicker that way, since he was still hearing English subconsciously, but he also got to play with what he wanted and didn’t have to focus on a book (which he found boring, since 8-year-old boys have very short attention spans). Harry Potter and Roald Dahl books worked especially well for his reading level.

How did you make friends when you first moved there?

Reaching out to people via my blog and twitter. Really, simple as that. (That’s how I met you, Ashley!) 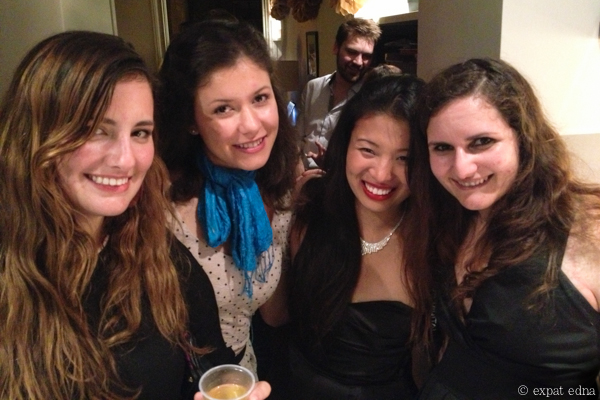 How did you spend your free time?

My first year was mostly devoted to blogging, as I was trying to save money and didn’t go out much.

My second year was full of discovering new restaurants, picnicking, blogger outings, exploring in general, lounging along the Seine, and many, many house parties with all my friends in the Marais. That was the year I finally grew to love Paris.

I was in a relationship for almost all of my time in Paris, but it seemed much more ‘formal’ than anywhere else I’d been. Like you couldn’t just casually date, or even just meet a guy and hang out and chill. The French guys I met in the brief window I was single immediately wanted to start being more serious than I was ready for (and other friends have had similar experiences). I don’t know if I would have liked the scene if I’d been single long-term. 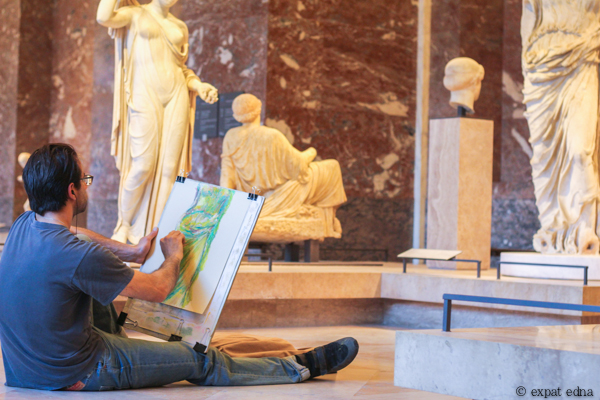 Did you find it easy to learn French as an American au pair in Paris?

Yes, the combination of French classes, immersion, and minding an eight-year-old (which meant hearing adults speak in basic-level French when he was around) was pretty helpful. I would have learned even more if I’d spent more time with French people / studying / lived a smaller city or in the suburbs of Paris.

What you loved about working in Paris:

The food, hands-down: both a. the abundance of choice and the quality, and b. the culture that surrounds food and eating and the concept of community in France. [Editor’s note- I could not agree more!]

Plus the ability to live this ordinary life that was a dream or vacation for so many others: mornings wandering the Louvre and picnics at the Eiffel Tower were just another Wednesday for me. I used to pop into the Louvre just for free wifi. 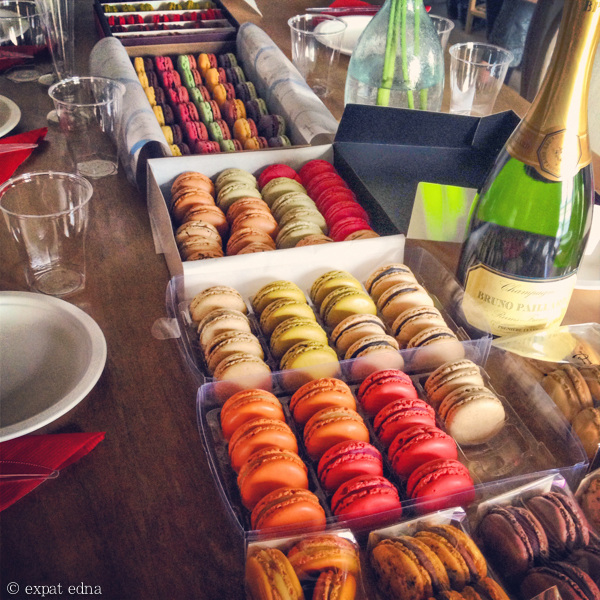 What you disliked about working in Paris:

Work-wise? Nothing. I had the unicorn of jobs there and can’t think of a single complaint. I was paid well, treated well, and they even took care of renewing my carte de sejour for me!

But in terms of the city itself, it took a long time to ‘get’ Paris. Coming from three years in Asia, I disliked the lack of color, the lack of chaos. The city felt empty and I didn’t understand the appeal. It took finding the right group of friends to finally turn that around for me, and I’m so glad I didn’t leave Paris hating it.

Overall would you recommend working in Paris?

Sure, why not? You’ve got nothing to lose. I went knowing nothing about Paris or France (or really caring — I only went because there was a job!) and it ended up being a very definitive turning point of my early 20s.

Any important things to pack?

Comfort food from home is good to have, just in case. My mom’s care packages would usually include mac & cheese packets, Girl Scout cookies, chocolate roasted almonds, and mint extract (to cook/bake with). Also, I found jeans to be really expensive in Paris.

But I’d also recommend NOT packing too many clothes — I ended up ditching most of what I’d brought originally, as Paris completely changed my style and wardrobe! Besides, new pieces from Paris are always a fabulous souvenir to take with you once you leave.

Edna left home at 18 to travel and work her way (literally) around the world. After seven years working in four countries and two Olympics, she’s still going strong. When not traveling, you’ll find her based in Paris. She posts many photos of it all on Expat Edna and can be found on Facebook, Twitter and Instagram.

4 thoughts on “Working as a Private English Tutor in Paris: What’s It Like?”