Skip to content
Today we we’re hearing from Agnieszka, a young Polish woman who fell in love with (and married!) her divorced host dad. Here, I ask her what it was like to be a young au pair who married her host dad. 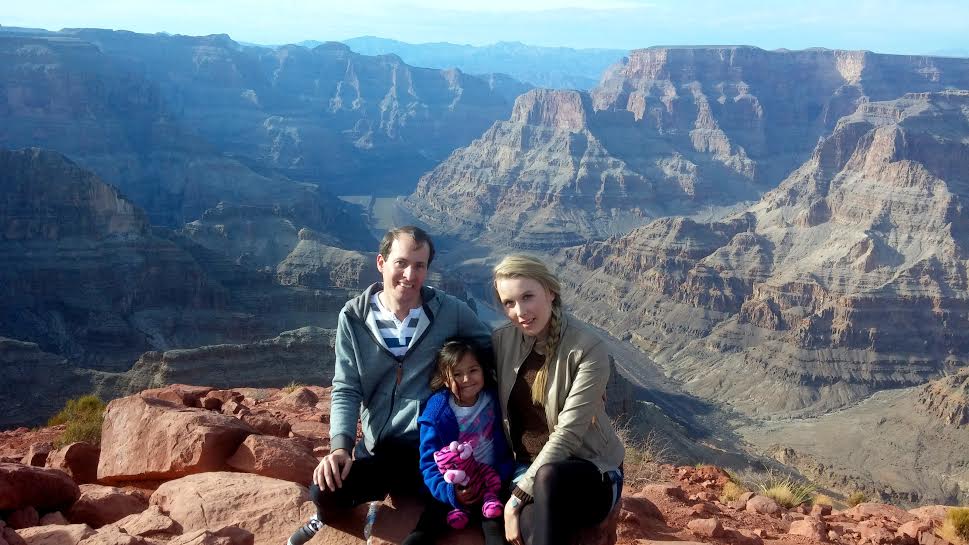 When did you realize you had a connection with your host dad?

It depends on what kind of a connection we’re talking about here so I’ll go from the beginning.
At first we didn’t talk much; I was the first au pair in this family so we were learning about this whole thing together; I changed my whole life – new country on the other side of the world, new people, new language, new situation I’ve never been before; they had a total stranger at home which they wanted to feel comfortable and like a family with, etc.
I didn’t find him attractive in any way at first (besides the fact that we agreed about a lot of things about treating children during my matching process) and after some time, when we were already in a relationship, he told me when he saw me for the first time at the airport he was surprised how pretty I was in a real life and what followed was that he found himself thinking I was “too attractive” sometimes. 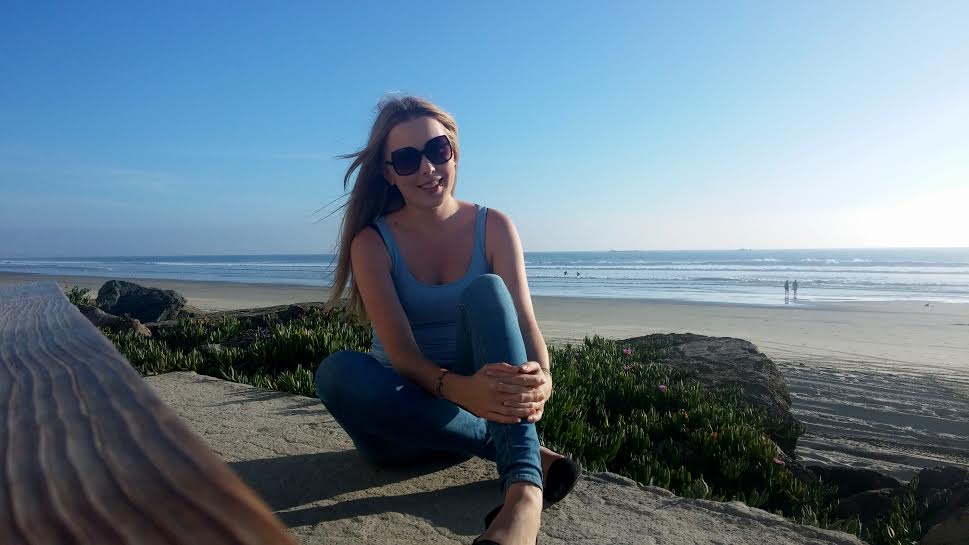 Since his ex-wife takes Alicia to her house for 3.5 days every other week, after two weeks after my arrival, we had a chance to talk a little bit more. We went for a walk to the woods (we have forests EVERYWHERE) and we started to talk mostly about my life back in Poland.
And we kept talking about various of things for the rest of the evening and… the whole weekend including nights. And I think I found him interesting then and I was surprised how comfortable I felt talking about my personal stuff with a guy I just met and who was a father of a girl I came to take care of at the same time.
So yeah, this was the time when I felt that “special” connection that I’ve never felt before with him for the first time.

How did you first discuss your feelings for one another?

That was a very intense and confusing experience for me because everything was so fresh and I didn’t know what to expect, I didn’t know what was going on really and so I decided to wait and see how things will go.
Since we felt comfortable talking together and we both felt we could trust each other, he told me he fell in love with me when he felt it. Is it the way of discussing feelings you’re asking about? I don’t know but this is what happened.

How did you break the news to your daughter?

We didn’t really hide so we also didn’t have to say anything because she saw what was going on and she asked questions. Several months after everything started, she started to ask us when we’d get married and so when we told her that he proposed to me in January this year, she started to jump from excitement and she also gave us our marriage bands at our wedding.

What’s funny is that before I even thought that me and him would be in a regular relationship, Alicia asked me: “Aga, do you think Nathan is handsome?”

When did you announce the relationship to the world? 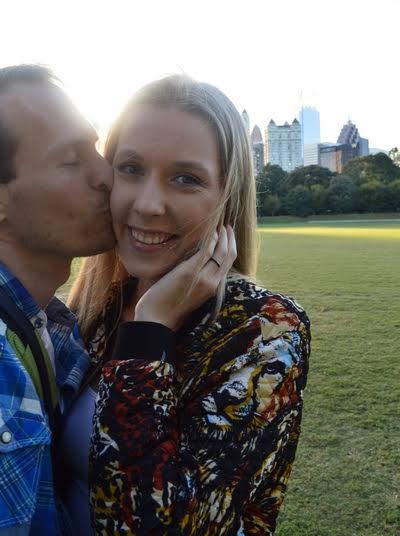 My close friends knew it from the beginning but I didn’t want to tell anyone else until I felt I really had something to talk about. I have my personal blog where I write about my life in the US and a lot of different stuff as well and I reached the point when it began to be difficult for me not to say “too much.”
I didn’t know if I was breaking any rules or not and so I wanted to be more careful; I obviously talked about him and the time we were spending together but not like really directly.
But there was one moment when I thought, man, I feel like a teenager who has to hide her relationship from her parents. And I didn’t want that anymore so I posted some pictures from our little trip to the lake where we were without Alicia in swimming suits, his hand was on my hip and so on.
And when I received a comment with a question: “Ae you and Nathan together?” I thought: FINALLY! :-D And this was the moment when I decided to tell everyone: yes, we’re in a relationship.

Have you received any negative feedback from any friends, family or acquaintances?

No. Instead of negative feedback, I keep receiving congratulations, wishes and some questions as well because people are simply curious and I’m fine with that. I can suspect there are people who don’t believe that everything here is honest because he’s 16 years older than me and they might think I do it only because I want to get a Green Card or whatever.
But you know, this is my life and my choice and even if there are people who think that way and who don’t support what I do – this is their opinion that they don’t even share with me and I won’t do anything with my life anyway. I love Nathan and he loves me and this is the most important thing.

What advice would you give to a young woman in a similar situation? 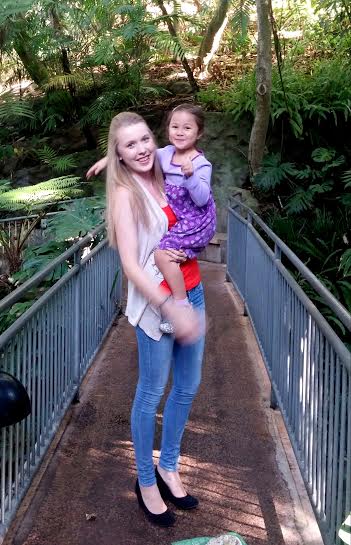 First thing that comes to my mind is: do whatever you feel is good for you even if other people don’t approve of it! What’s more, be honest with yourself and with another person involved in a situation. If there are people giving you unnecessary advice like “you shouldn’t do it, this is inappropriate” – don’t talk to them anymore ;-)
Remember – you never know what can happen and feelings are feelings – you can’t control them, they just happen. And just to make things clear – not all situations like that end up the same way so don’t give up on a single host dad as your possible host family when you’re waiting for one only because you don’t want to be in a relationship with him – it’s not a rule and nobody says there will be any awkward moments.

Is there anything you’d do differently?

No, I don’t regret anything and I think everything went perfect! 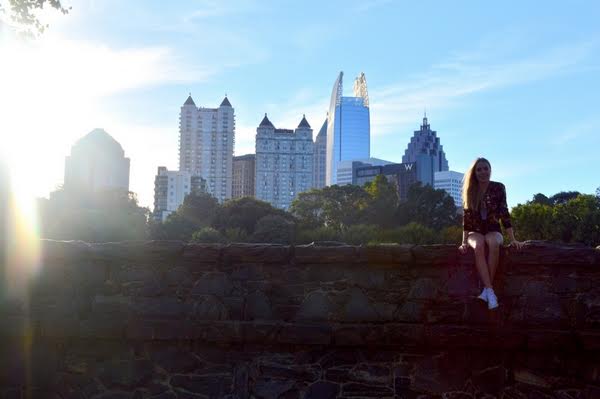 Thanks so much for sharing, Agnieszka! So now it’s your turn- have you ever been in a similar situation or known a young woman who has been an au pair who married her host dad?
This post may have affiliate links, which means I may receive commissions if you choose to purchase through links I provide (at no extra cost to you). Please read my disclosure for more info.