I have a confession. Despite its iffy reputation, I love backpacking.

And what do I mean by “backpacking”? Backpacking, by my loose and unofficial definition, is independent international travel on the cheap, typically done by young people from all over the world. 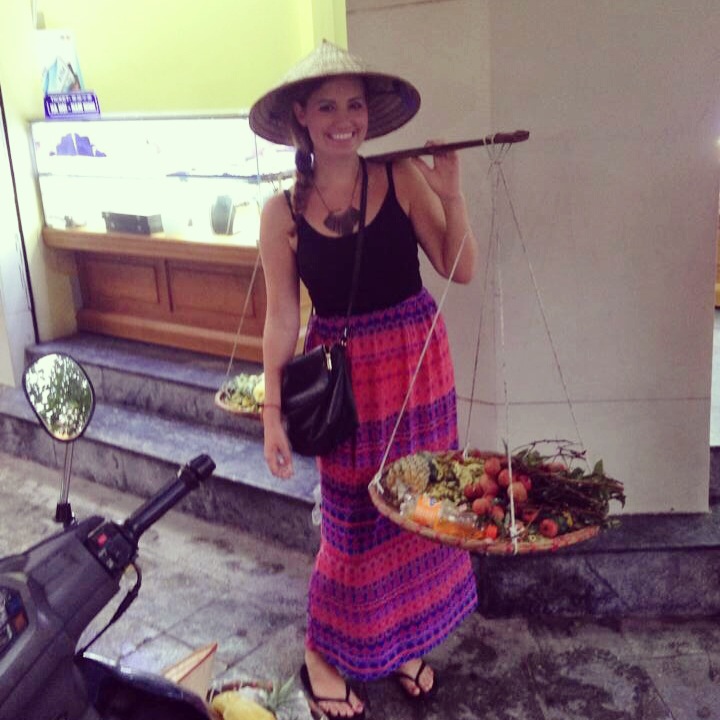 Backpacking has a lot of negative connotations- namely drunk teenagers partying on beaches. But I don’t think that reputation is always deserved- there are lots of young broke travelers who love to learn about local culture, languages and food.

And I’ve had some of the best memories of my life in hostels: cooking cheap meals in the communal kitchen, sitting down for a street noodles, cracking beers on the rooftop with travelers from all over the world. 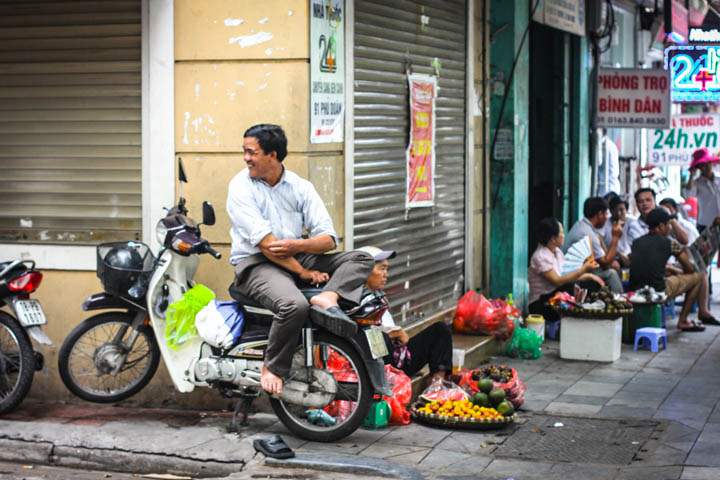 After traveling solo in Malaysia, I flew to Hanoi to meet up with Dylan, my English travel buddy. We spent a few days in Hanoi eating scrumptious street food like miến lươn, vermicelli noodles with eel, and bún bò nam bộ, spicy beef with rice noodles and peanuts. 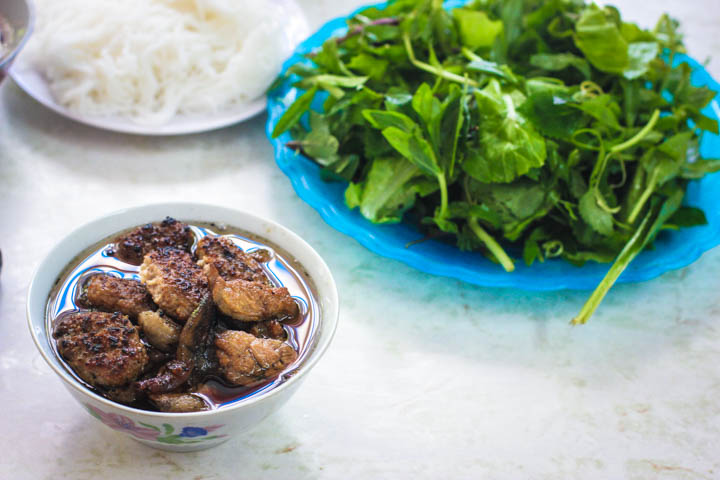 After a few days of eating street food and feigning interest in local monuments (Hanoi doesn’t have the best tourist sites, in my opinion), we headed for Halong Bay. There we embarked on the infamous Halong Bay booze cruise– a two-night, three-day boat trip around the bay.

I had pictured Halong Bay as a small bay you could circumnavigate in an hour. I soon discovered that Halong Bay is enormous– a beautiful bay with 2,000 islets and countless limestone karsts jutting out of the water. 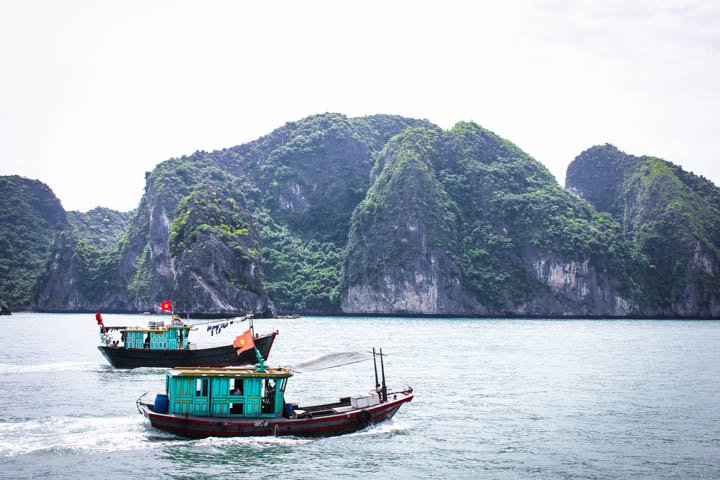 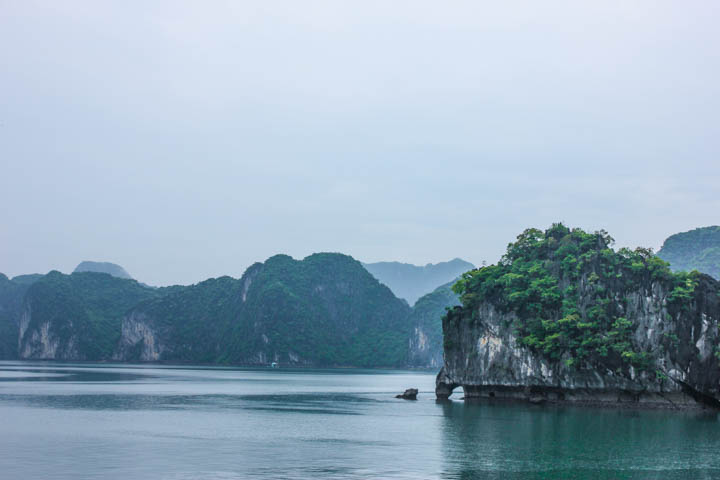 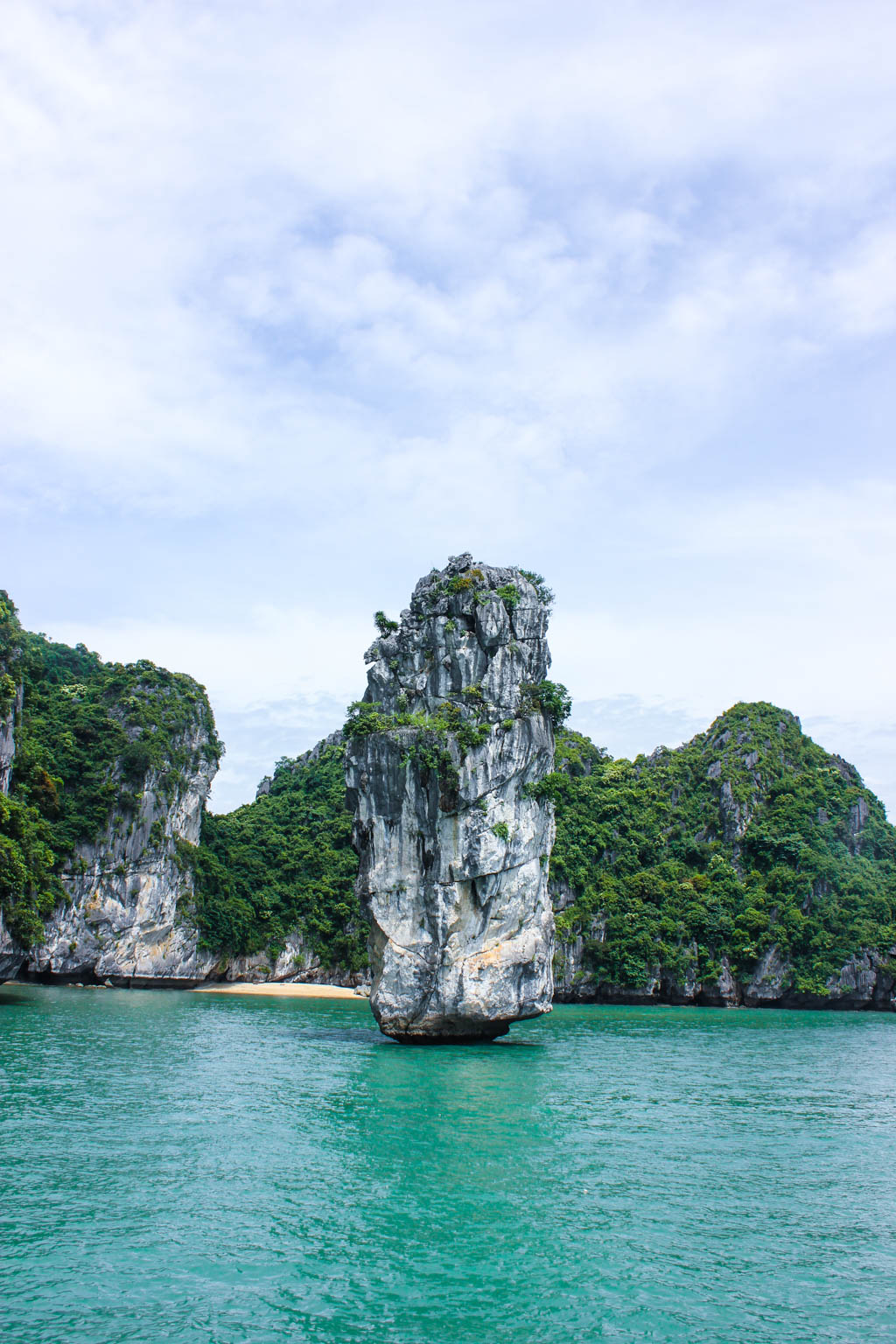 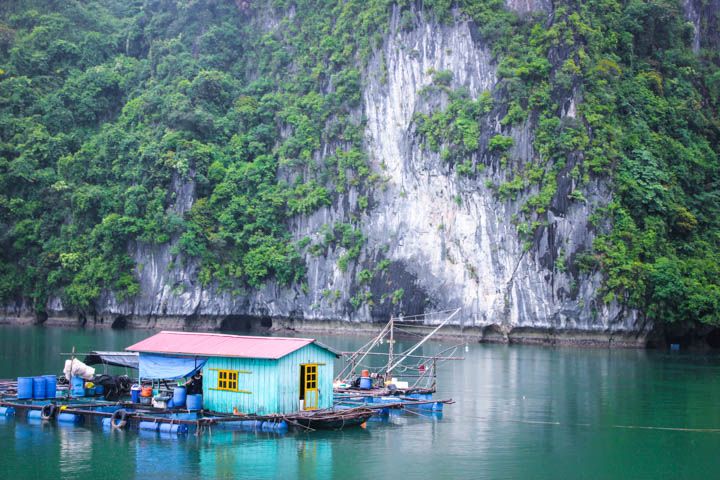 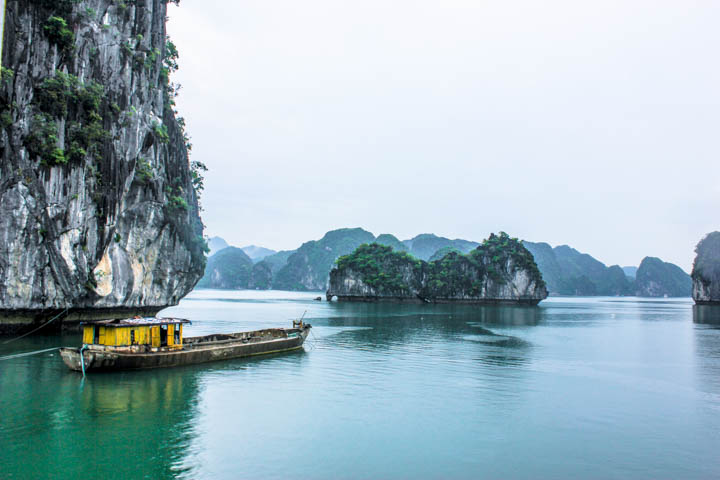 Normally I’m not a huge partier but as this was my final week in Asia, I embraced the backpacker scene. I played Kings Cup across multiple tables, swam with phosphorescent plankton in the bay, danced barefoot to Calvin Harris and Sam Smith, laughed along to lascivious drinking games “What Are the Odds” and “Most Likely To.”

I also destroyed my shoulder while tubing and probably needed a sling. But given the lack of medical facilities on a remote beach in Halong Bay, I drank a few extra 333’s to keep the pain down. 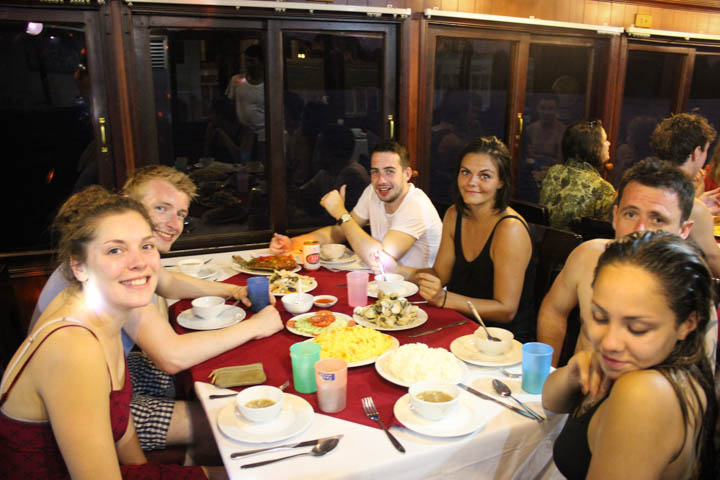 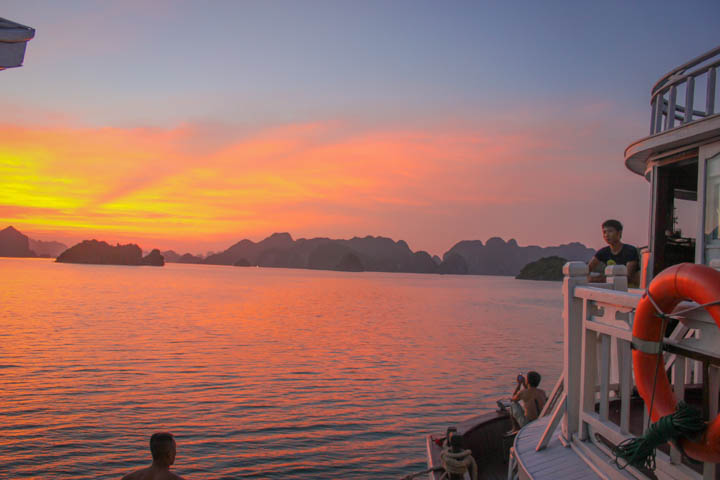 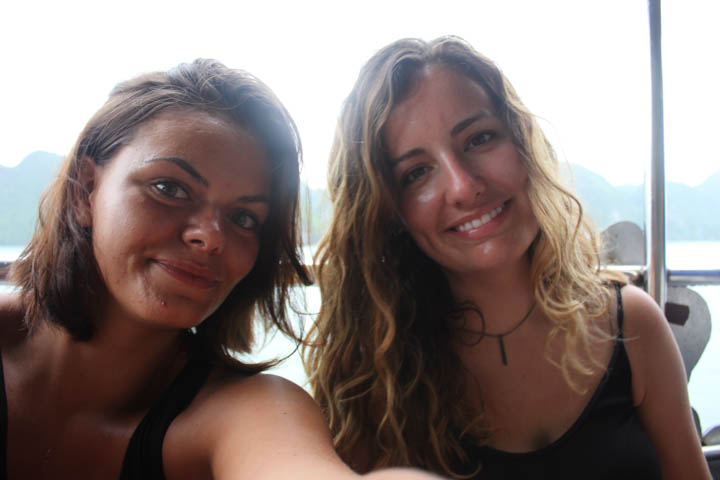 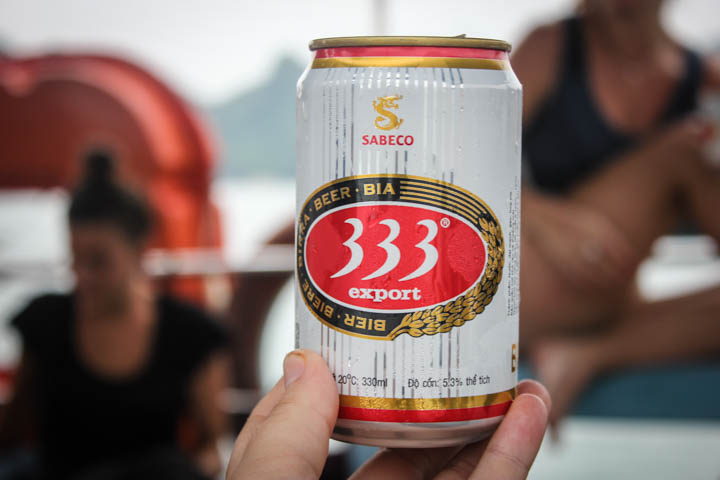 When we returned to Hanoi, my shoulder still throbbing, I eased my pain with a group of new friends I had met on the boat.

We spent the next three days in typical backpacker fashion: drinking 10-cent beer in the streets, dancing in seedy nightclubs, waking up hungover to Vietnamese street food. It was lazy and indulgent and ridiculously fun. 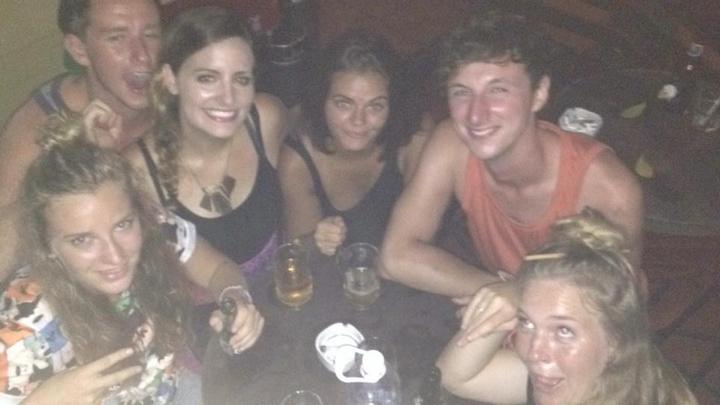 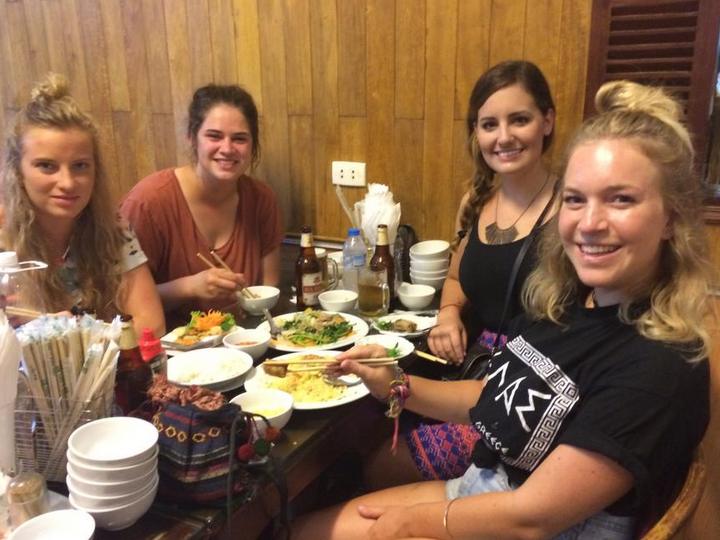 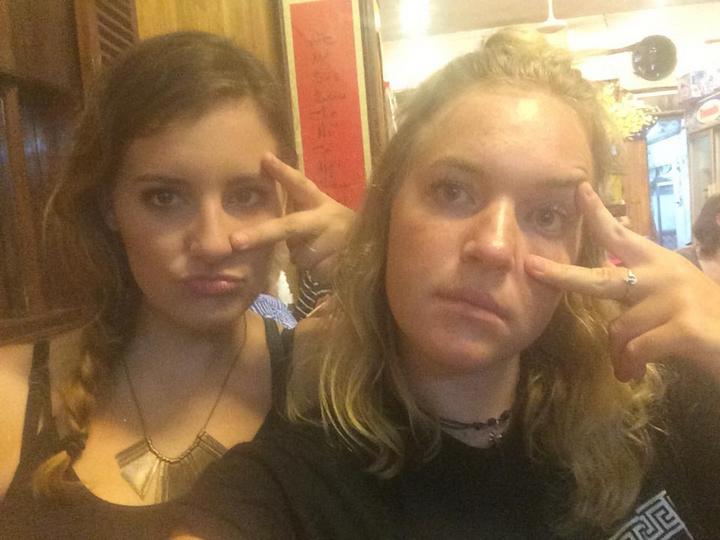 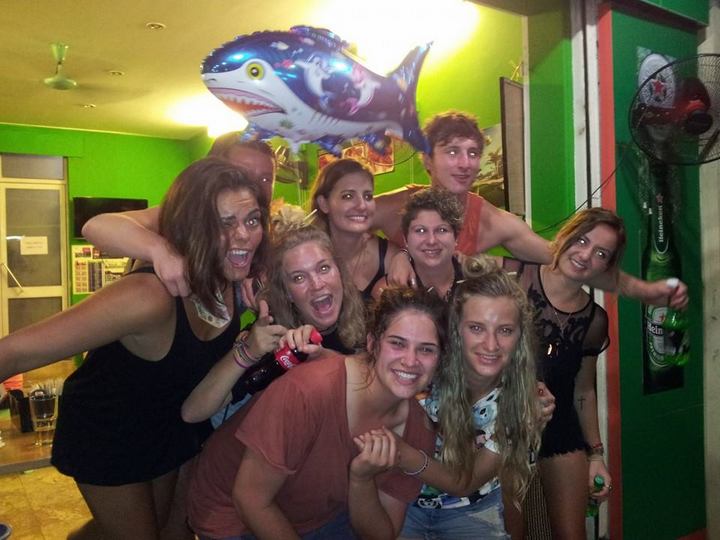 Looking back on that week, I know it’s clouded in nostalgia. While now all I remember is freedom and non-stop fun, then I longed for security and long-term friendship.

But the further I get into a settled life, the more I miss backpacking. I miss doing whatever I want every single day. I miss meeting people from all over the world, and listening to all different kinds of accents and languages. I miss meals costing $2 and tasting like heaven.

I found a quote recently that really resonated with me, particularly in regards to travel. “We take photos as a return ticket to a moment otherwise gone.” Travel most poignantly reminds us that we can never recreate a moment- we will never be in the exact same place with the same people at the same point in our lives.

And if we try to return we’ll just be chasing ghosts- try as I might, I’ll never be a broke 23-year old wandering around Hanoi with a group of hilarious English and Australian travelers.

I wish I could think of something more uplifting as an end-note. But the longer I go without backpacking, the more I miss it.

What about you? Have you ever done a long-term backpacking trip? What do you think of the backpacker scene?

Where I stayed in Hanoi: I stayed at both Hanoi Backpackers: Downtown and Original. I much, much preferred Downtown as it more open and airy and close to lots of amazing street food.

What to eat in Hanoi: While I enjoyed the food in Southern Vietnam more than the north, I still relished every opportunity to enjoy my beloved Vietnamese food as much as possible. Hanoi street food is really good and normally costs $1.50 for a meal. The bánh cuốn, native to Northern Vietnam, was the best dish I tried.

27 thoughts on “Saying Goodbye to the Backpacking Lifestyle: A Week in Hanoi and Halong Bay”