Today we’re hearing from Megan, an American au pair in the Netherlands. (NOT Holland, as she corrected me- only two of the Netherlands’ 12 provinces are called Holland!)

Anyway, I really enjoyed reading about Megan’s experience as I’ve never met anyone who has au paired in the Netherlands. But honestly it seems pretty fantastic: who wouldn’t love biking everywhere, gorgeous medieval architecture and handsome Dutchmen everywhere?

So how did you find your family in Holland?

I found my family on AuPairWorld. From our first contact, it took me one month to be on a plane from Chicago to The Netherlands. The family found an agency—which is required in NL–with a “pre-match” program, and we were good to go! 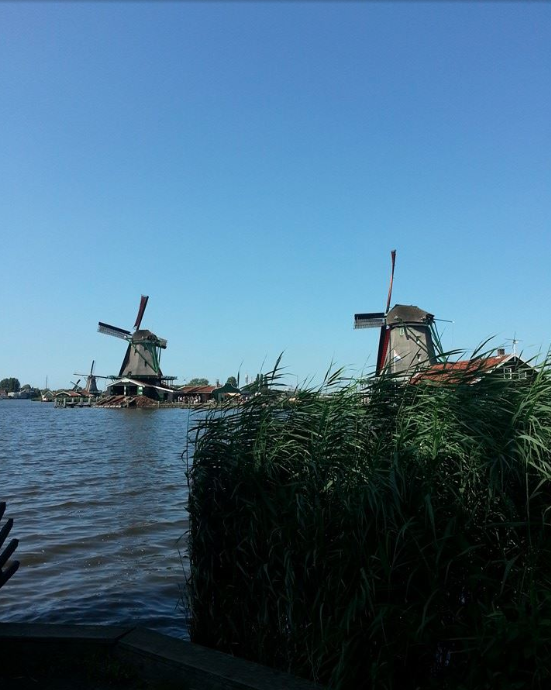 For the first six months of my stay, we lived in a suburban town outside of Utrecht, so there was plenty to go do with great connections to all major cities.

Then I moved with the family to the province of Friesland, which was bittersweet. On one hand, we were now at least three hours by train to Amsterdam (NOT good if you plan to be traveling a lot). On the other hand was that we now lived in an extremely historical city. Houses, churches, landmarks, canals, all hundreds of years old…what an experience!

Was there anything that surprised you about Holland when you first arrived?

The most surprising thing about The Netherlands (Holland actually only refers to two provinces, sorry I’ve been corrected so many times haha), was how many people speak English! It makes it very difficult to practice Dutch.

Other than that, if you keep an open mind and accept things as they come, there aren’t too many surprises, especially coming from another “Western” country.

What kind of visa are you on? 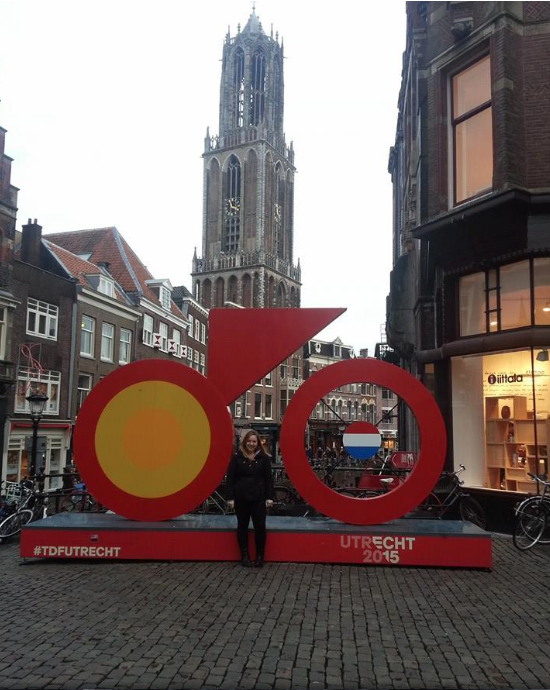 I am on an official Au Pair Visa. Along with this you get a residency card for your stay. This all, by law, has to be done through an authorized au pair agency.

My family was really helpful and friendly. The main reason I chose The Netherlands to au pair is because while my fiancé is finishing school we’ll be able to stay close, but also it will also allow me the opportunity to travel. My host family understood this and was extremely welcoming to both of us, even letting him stay over occasionally.

I wouldn’t say we were very close though. It’s very similar to just having roommates. Some au pairs I’ve spoken with or read about say that they feel like they have a second family, but I don’t. A large part of that probably had to do with me spending my free time with my fiancé, and not always them.

That being said, we do get along very well. I had been their fifth au pair, so they knew a lot of what to expect.

Their three young boys (1yr, 3yrs, and 5yrs old) adjusted to English so easily (the previous au pairs had spoken Afrikaans, a language very similar to Dutch), and they helped me learn so much Dutch.

It was definitely not easy the first month, where they test you out to see who you are and what they can get away with. My patience was rock solid by the end of it. With the oldest, it took almost six months before we finally started to click! But with kids, everything is a phase, and you learn how to stick out the bad and how to really enjoy the good.

Do you live with the family or do you have your own apartment?

I live with the family.

What duties do you have? Do you cook for the family?

My only focus is the boys. Picking them up from school, fixing simple lunches, occasionally dinner, and playing with them are my main duties.

How do you entertain/educate the children?

They are three boys so we play with cars, built train tracks, Duplo/Lego, lots of reading books, and lots of messy play (when possible). We mix water and chalk and paint outside, or flick paint on paper, bike to the playground. Pinterest was a great inspiration for unique ideas.

Are you taking Dutch classes? Are you required to speak English with the children?

I speak mostly Dutch with the children. At the beginning, there was a steep learning curve where I had to pick up a lot, very fast, but now we understand each other. The oldest even helps me translate sometimes. I am using programs like Duolingo to learn, but no formal classes.

Are there any cultural barriers you noticed?

No, while there are minor differences (cycling everywhere, being blunt, dinner always at 6 PM), it’s nothing that can’t be explained or adapted to.

How do you spend your free time?

Most weeks I take the train to a new city in the Netherlands or walk/bike my city. I research and make plans for a trip. Sometimes I catch up on reading. At first, it was really hard to adjust to all the free time I had, since I came from working a full-time job.

How did you make friends? Are there many expats/fellow au pairs?

When I lived near Utrecht there were many other au pairs, but up in Friesland there are almost none. It’s great to stay connected with the girls from your agency. Triple C even organized events and sent out email lists for everyone. So many Dutch people speak English though, make friends with the locals!

What is the dating scene like in the Netherlands?

Well I shouldn’t know, haha, I’m engaged! From what it looks like though, there are a lot of eligible, good-looking Dutchmen. [Editor’s note- Agreed. Dutch guys are gorgeous.] Dutch guys are usually a little more reserved though, so be bold.

What you love about au pairing in the Netherlands:

I love that when I look out my window I can see a building that was built in the 1600s; and that around the corner, there is a canal with sailboats going by all day. I’ve never experienced history like I have here.

What you dislike about au pairing as an American in the Netherlands:

Biking in whatever weather blows in. Rain. Sleet. Snow. Everything.

Overall would you recommend working in the Netherlands?

Absolutely! Friendly people, heaps of history, travel culture, and a public transportation system that can take you anywhere.

Have you ever au paired in the Netherlands? If so what did you love/hate about it?