https://oceanwide-expeditions.com/the-arctic/spitsbergenHey guys! So I’m really excited to share with you my first blogger interview with none other than Shing from The Culture Map! I’ve been following along with Shing’s travels for years and she’s awesome because a. she’s super fashionable and has great taste in everything and b. she’s a specialist in arctic adventures: think Scandinavia and Svalbard.

In this interview I quiz Shing on everything about her I’m dying to know: her life in London, childhood in Yorkshire and her love for street art and Scandinavian design. Without further ado! 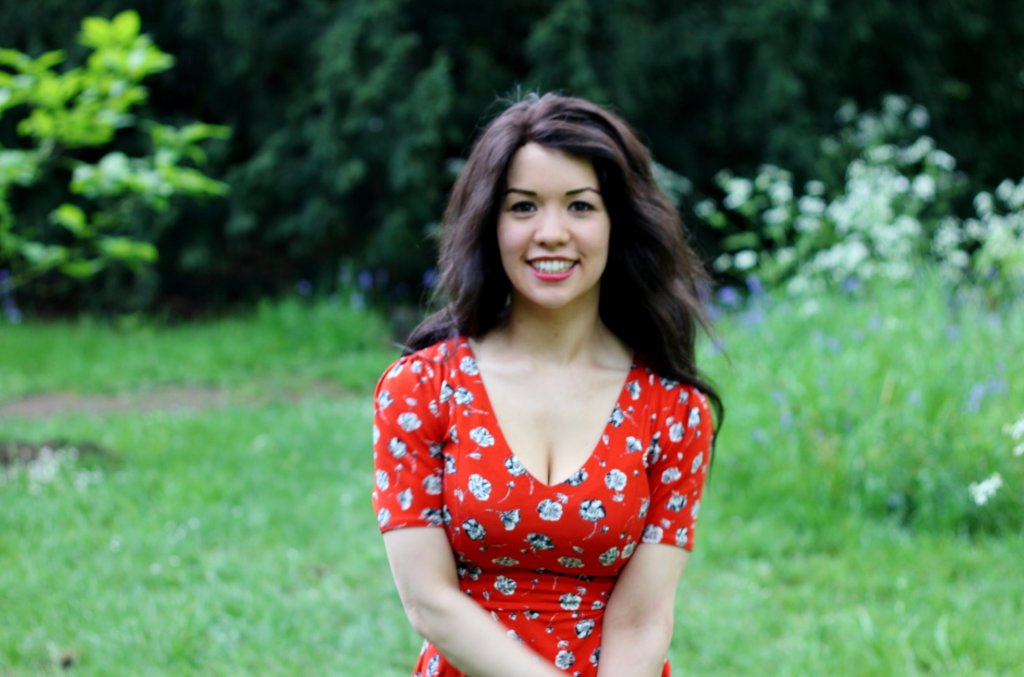 Favorite blog (s): The Skint Foodie and That Emily Chappell. Neither of them are prolific bloggers but what they lack in frequency they make up for in detail. Both have exceptional stories and distinct voices.

Favorite hostel: Gosh, telling you the ones to avoid would be easier!

There’s a city in Poland called Łódź that’s totally redesigning the way it looks through street art. Lifeless communist blocks have been brought to life by huge wall murals. They are bigger than huge, they are massive. It’s an awesome initiative. The one below is by Polish street artist, Sainer, who is also one half of Etam Cru. 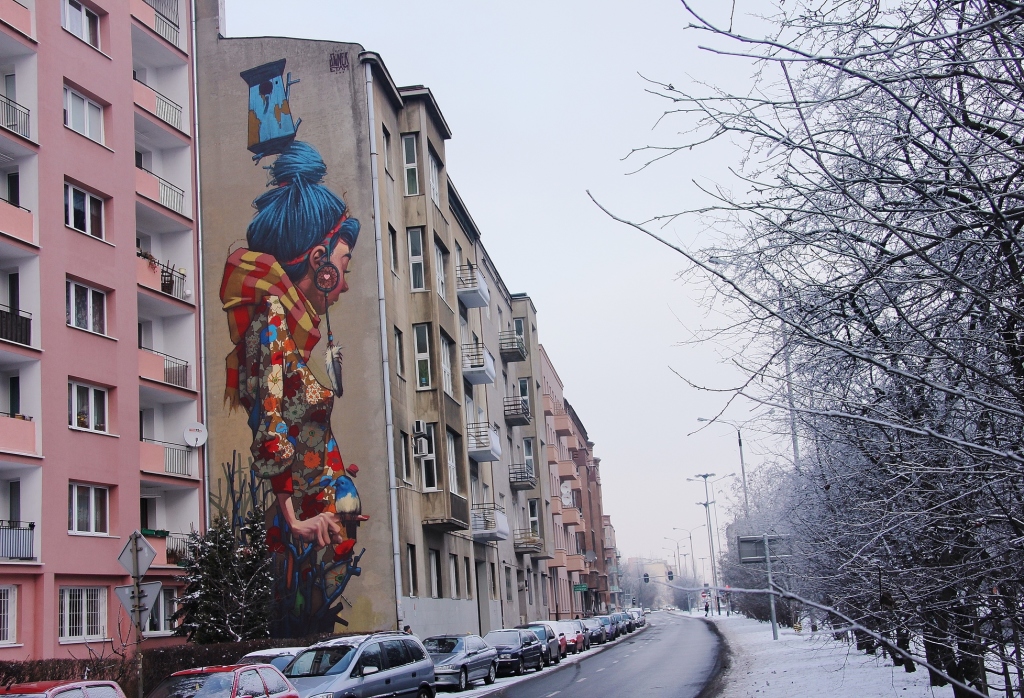 So I read you grew up in Yorkshire. How does Yorkshire compare to London?

They are chronically different. The people, mentality, economy, landscape, culture – the similarities are few and far between. For example, Yorkshire people are much friendlier, it’s normal for strangers to smile and greet each other, but do that in London and you’ve just committed a deadly sin. It’s very funny. Yorkshire has an abundance of nature too, incredible landscapes that inspired some of England’s most well-loved writers. The Brontë sisters were born in Yorkshire and Sylvia Plath was put to rest there. Of course London has a huge literary legacy too but there is something romantic and Gothic about the Yorkshire Moors that London can’t touch. 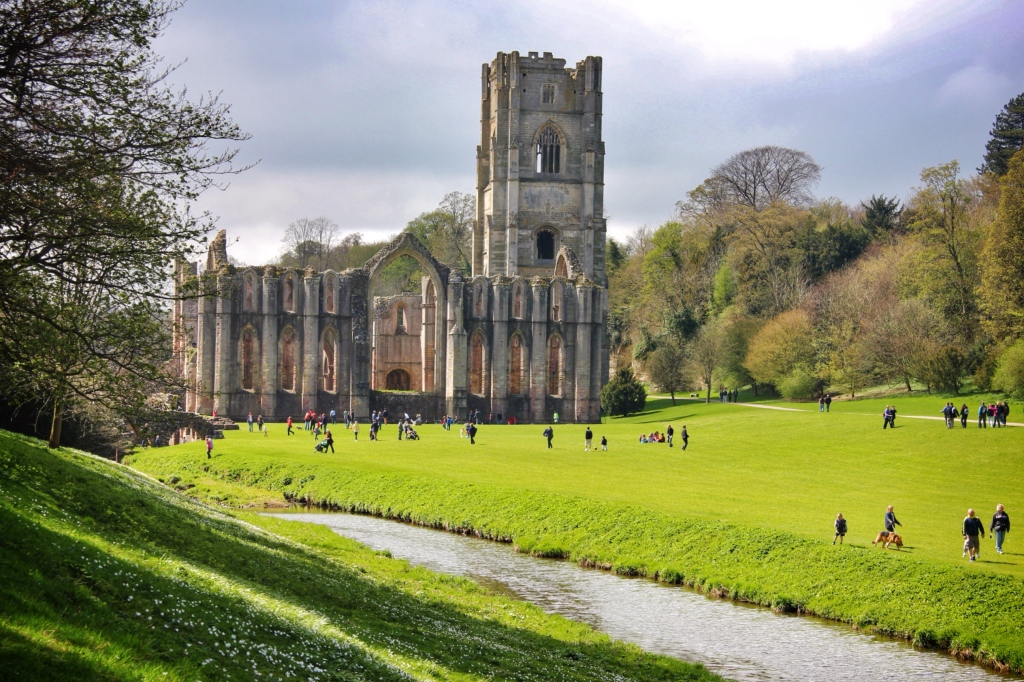 However, London has many things that Yorkshire could only dream of having. The options are endless here. If you want to see live music from the world’s best musicians then you can any day of the week, and all the major museums have free entry. But whilst you can discover many free and interesting things to do and see, the cost of living is exceptionally higher. To rent out a one bedroom flat you could rent a 4-bedroomed house in Yorkshire with a large garden for cheaper!

What is your favorite café/park/neighborhood in London?

There’s a superb tapas in Soho called Barrafina, it’s small and doesn’t take reservations so there’s often a queue but worth it. Their motto is ‘great ingredients cooked simply’ and that’s exactly what they give you. When I need a fix of fresh air I go to Greenwich Park, as well as the nature it easily offers one of the best views of London’s skyline. When I have guests I always take them to Hackney, which stretches from East to North-East of the city and comprises of Shoreditch, Hoxton, Dalston and Islington. [Ashley here- I loved Hackney! :)] It feels and looks more creative and diverse than anywhere else in London. There’s also a lot of street art, and pocket-friendly eateries offering scrumptious food. I recommend trying one of the Middle Eastern or Vietnamese joints.

You recently traveled to Russia. What led you there and what was your overall impression?

The history, mystique, architecture and all those grumpy Russian writers were begging me to visit. I very much felt like I needed to more than I wanted to.

However, it’s not an easy country to travel to, especially not in light of recent conflicts with Ukraine so my impressions are limited to areas in and around St. Petersburg and Moscow.

Quite a few people said I shouldn’t go, not just based on the aforementioned but other humanitarian issues too. I’ve got quite a few friends and family who are gay and believe, as well as other hetrosexual friends, that I should boycott a country that is openly homophobic. And whilst I do support this view, I also believe travelling and interacting with different countries is probably the best thing we can do to shrink social differences and bridge necessary gaps. Saying this, if I were gay, lesbian or transgender then I doubt I would want to go to Russia. I want to feel safe and I want to be able to express myself wherever I go. That’s not asking for much.

Then there is the matter of racism that I had read about. However, neither I nor my travel buddy who is Indian felt on any occasion unwelcomed, on the contrary, one of the biggest surprises we experienced was how helpful and kind the people are. To look at, Russians can appear rather stoic and severe but that changes when you interact with them.

My overall impressions of Russia were far more positive than we expect going by media portrayals. It’s a shame, Russia has such a vast and incredible history, culture and beauty, but the restrictive and narrow-minded ideology of its government casts a shadow over the positive reasons for going.

Tell us a little bit more about your love for Scandinavia.

It’s a love that keeps growing! There’s a significant stress on equality in terms of gender, distributed wealth and race. Norway is ranked number 1 on the Human Development Index report which measures worldwide life expectancy, literacy, education, standards of living, and quality of life. And Denmark, Sweden, Finland and Iceland are all ranked within the top 25. Although Iceland isn’t technically Scandinavia it’s commonly associated as being part of Scandinavia because it was under Norwegian and later Danish rule until becoming independent in 1944, so it still shares many of the same intellectual qualities. 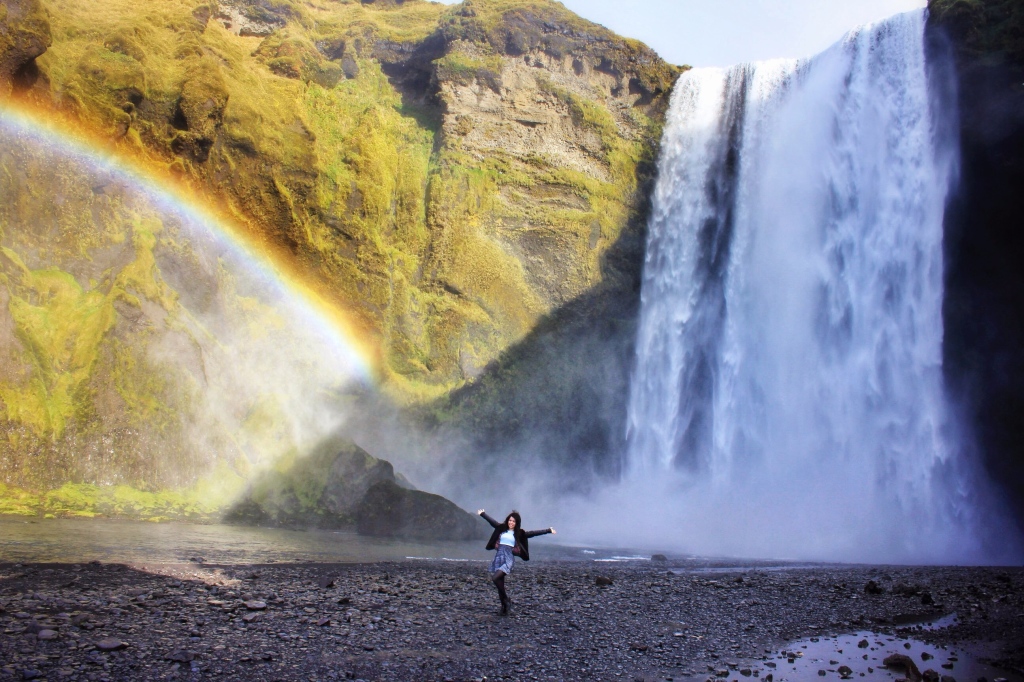 Importantly, all these countries are very forward thinking when it comes to sustaining the planet. They are pioneers of eco-living. Most eateries take pride in using local and seasonal food, reward systems are put in place to encourage recycling, Copenhagen is continually named the greenest city in the world (as well as the happiness), and Iceland is the only country in the world that can claim to obtain nearly 100% of its electricity and heat from renewable sources. If that’s not something to aspire towards in a time where the planet is being brutalized by man then I don’t know what is! Because of all this you won’t find cleaner air anywhere else in the world. It’s the small things like drinking the purest water and breathing in the crispiest, freshest air that add to the overall enjoyment of being in this part of the world.

And then finally… the nature and wildlife. The whole of Scandinavia is a melting pot of natural beauty but it’s the Arctic that really makes me feel what it’s like to be in awe of the universe. Being up there does something to you. The higher you go the starker and more powerful the landscape becomes, but at the same time it’s also incredibly fragile and hostile. The days can be extremely dark when the sun doesn’t go past the horizon. But every cloud has a silver lining if you get to see the Northern Lights during a really strong display, not just a few wishy-washy lines of white and pale green…

There are fewer animals, fewer plants, and fewer people. Go further up to Svalbard, the last stop before the North Pole, and you might see Polar bears, walruses, Arctic foxes, and ringed seals. Going to the Arctic and Scandinavia made me care much more about the planet. So in a way, this part of the world changed me for the better and I’m very thankful for that.

You always look gorgeous in your photos. What is your beauty routine on the road?

Likewise Ashley! I don’t think I have one, but I do like to keep things simple and natural. So plenty of water and fresh fruit and veg! Less is usually more in all facets, especially when it comes to packing. I’d rather re-wear my clothes than pack an unnecessary amount. I’m definitely not a glam traveler, or at least that’s not my aim! For example, I usually wear dresses, not because I’m trying to be fashionable but because I can’t be bothered thinking about what top I need to team up with what pair of jeans!

How do you afford your travels?

If I’m not travelling for work then I’m budget travelling. I save a lot of money on accommodation by selecting hostels and reasonably priced AirBnB apartments and I nearly always try and eat locally, use public transport and research free things to do in a place beforehand.

What do you splurge on when you’re traveling?

What is one thing you won’t do when traveling?

It’s really important for us to be mindful of where our money is going when we travel, before purchasing something I try and ask ‘who is profiting from this?’ So one thing I avoid is McDonalds and other global, fast-food chains. Keeping it local is key.

How long have you been blogging? Advice for travel bloggers?

I set up The Culture Map just over two years ago now. However, I did set up another travel blog in 2009 but only updated it once every 4 or 5 months so needless to say it never left the ground. Quite the opposite, the poor thing is dead and buried now. Consistency is therefore my advice to travel bloggers. This is still something I have to remind myself all the time. Also, travelling to offbeat destinations and finding a niche will help make your blog become more identifiable and memorable.

And just for fun- which country has the best-looking men?

Thanks so much Shing for your thoughtful answers! And if you guys want to connect with Shing (or ask her any more questions!) here’s where to find her:

11 thoughts on “Blogger Spotlight: Meet Shing from The Culture Map”