Oh, Japan. Why did I only get to spend less than a day with you when I found you so incredibly magical? If I would’ve had more time (and more yen) I would’ve done it all: eaten takoyaki in Osaka, explored tiny fishing villages, indulged my nerdier side at the Ghibli museum in Tokyo. (Because who doesn’t love Miyazaki?)

But the time I did spend in Japan was still incredible- and isn’t a short time in a place you loved better than no time at all?

Walking around Narita on a blue-skied Thursday morning, the first thing I noticed was the silence. Strolling the quiet streets, it seemed to me as the Japanese carefully consider every sentence they say and then evaluate if the words are even worth saying at all. 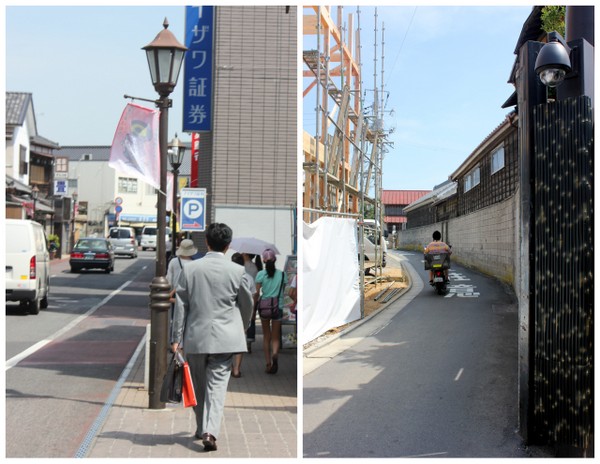 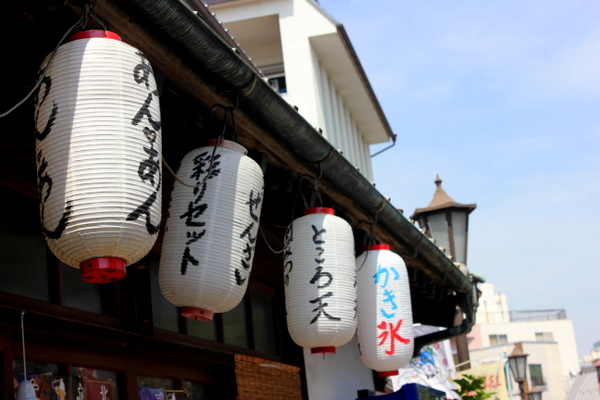 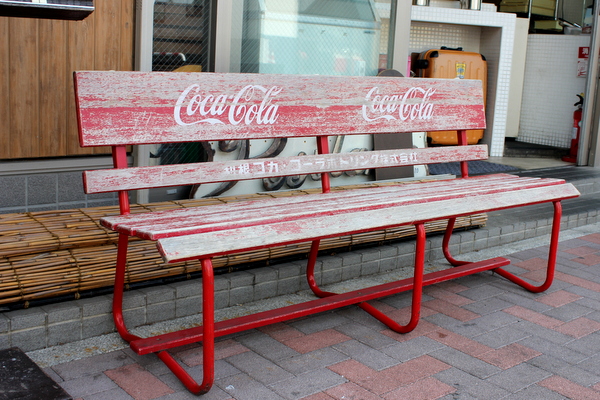 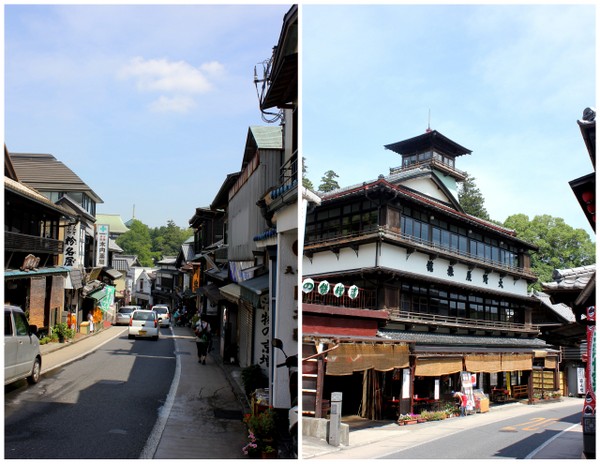 My first stop in town was Naritasan Shinshoji, a famed Buddhist temple. While different parts of the temple are newer, the oldest building dates back to 940 A.D. 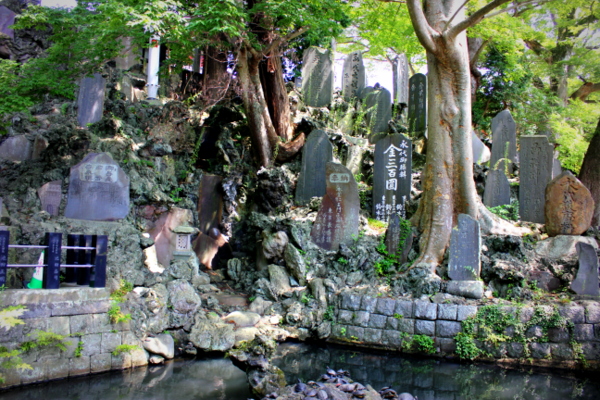 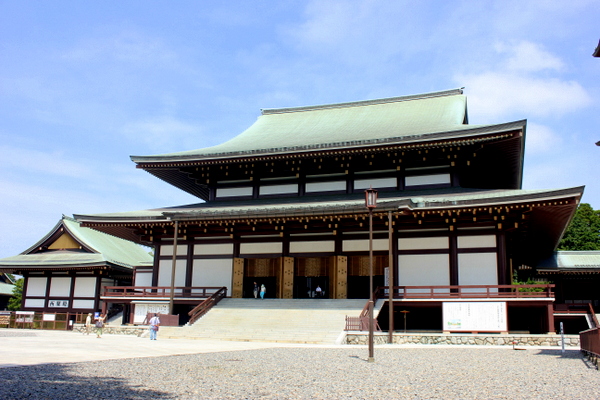 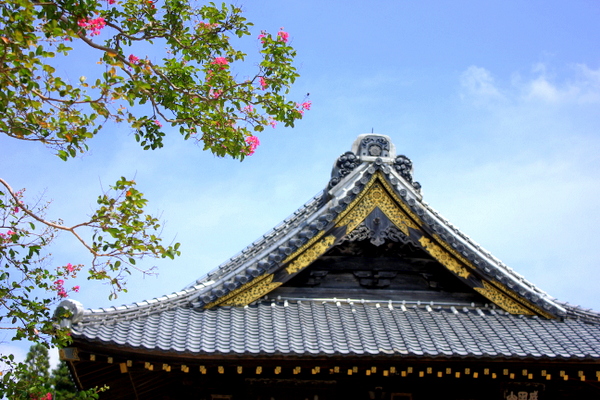 As much as I tried to enjoy the beautiful temple, I was feeling run-down: sleep-deprived, jet-lagged, hungry, sniffling and hot, to be precise. (Isn’t it bizarre to have a terrible cold in 80-degree heat?)

And though I had planned on eating a bowl of ramen for lunch, hot soup on such a hot day didn’t sound appealing so I stepped into an air-conditioned sushi shop instead. 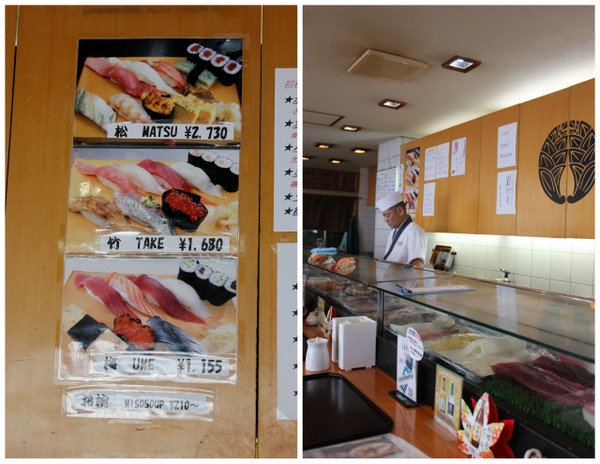 It turns out that I had made the right choice. Soon after sitting and ordering a draft beer, a smorgasbord of raw-fish delights began: Grilled eel with teriyaki sauce, bright-red ahi tuna, and the real star of the show, toro, or fatty tuna– buttery, soft, fresh and fishy in the best kind of way.

I loved how the sushi chef just placed the sushi and ginger right on top of the bar, which I then picked up with chopsticks. 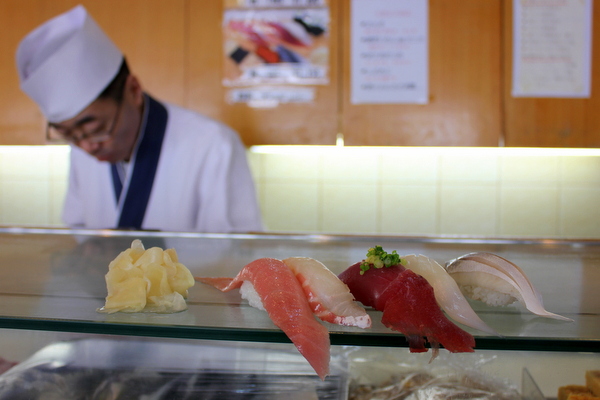 Needless to say, it was hands-down the best sushi I’ve ever had in my life, and tasted different from any sushi I had ever had. The rice tasted of vinegar and the ginger was white, not dyed pink like in the west. The one thing that I found subpar was the miso soup, in which balls of tuna, carrots and potatoes were ominously floating.

When I ordered another beer the sushi chef placed more pickled ginger on the glass bar. “To go with your beer,” he says.

So there I was, sitting in a sushi bar with beer in hand, feeling slightly buzzed and incredibly satisfied. It was also a bit of surreal moment, in which I grappled with my current reality. “I am eating the best sushi of my life. I am in Japan. Two days ago I was in Tijuana.”

In total I dropped a little less than $30 for a sushi lunch, a huge splurge for me. But what could be more worthwhile than lunch at a sushi bar in Japan?

With a few more hours to kill, I settled down with my bags at a little tea shop for a stone pot of Japanese green tea. 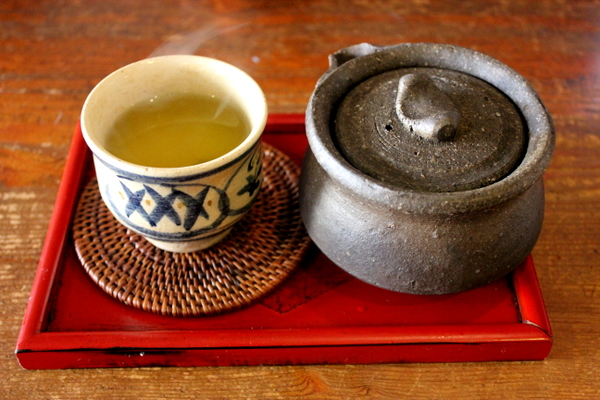 And although I didn’t get to see (or taste!) as much as I would’ve liked, all 21 hours I spent in Japan were entirely memorable.

Have you ever been to Japan? What did you think?