Okay, maybe I didn’t quite party hard during my weekend in Germany, but clubbing until 6 am is way too rare for me these days.

So the adventure began when Christian, my Couchsurfing host, made it clear we would absolutely have to play beer pong. He had fallen in love with the game a few months prior while on a road trip through the U.S. and Canada. And who better to play it with than a real live American?

Our first problem was finding 20 plastic cups; I suggested we try Starbucks, the place I go when I need water, wifi, a bathroom, coffee, or anything else that sustains life. 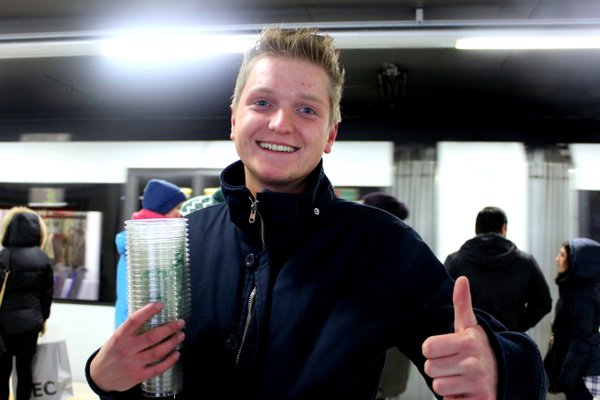 Waiting for the subway after procuring said cups. Does he look happy or what?

And although “Four Germans, a Greek and an American” may sound like the start of a bad economic joke, it was in fact our beer pong crew.

Once we got back to the apartment, the room suddenly grew silent as everyone watched me arrange the beer pong cups into their customary pyramid shape. It was funny to me that they were interested in something so mundane to me; it was kind of like going to the zoo to watch someone brush their teeth. 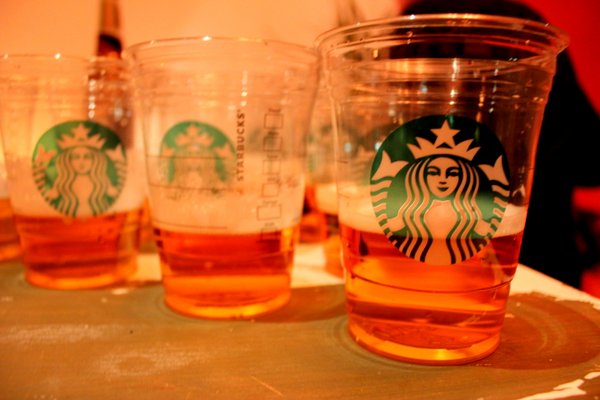 The best part of playing beer pong in Germany was we got to drink German beer instead of Miller Lite, Coors Lite, Bud Lite, or whatever ghastly American beer I’m normally forced to imbibe. 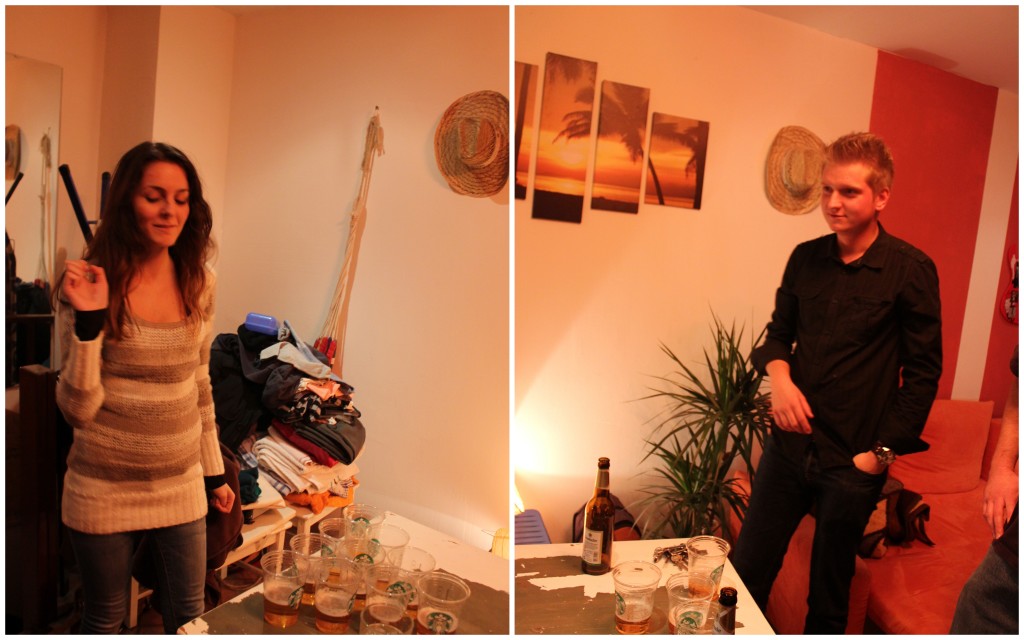 And here’s an embarrassing fun fact – my team actually lost at beer pong. I landed almost every shot considering our make-shift ping pong table was about three-feet long, but still, we lost.

I’ll have you know it was by a very, very small margin. But really, there’s no excuse. I was a bad ambassador – losing was debatably unpatriotic. 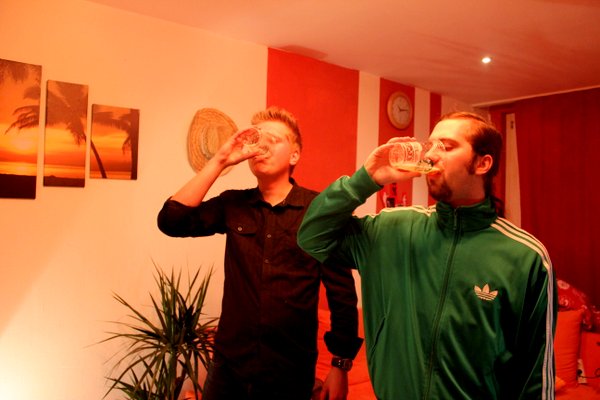 The next night we headed to Cologne’s biggest house music club, the Bootshaus. And while I have partied mainly in very rhythmic countries like Chile, Argentina and Spain, the dancing in Germany was um… less fluid. And while going to a club stone-cold sober is generally akin to Chinese water torture for me, the terrible dancing made me feel at ease; I fit right in! 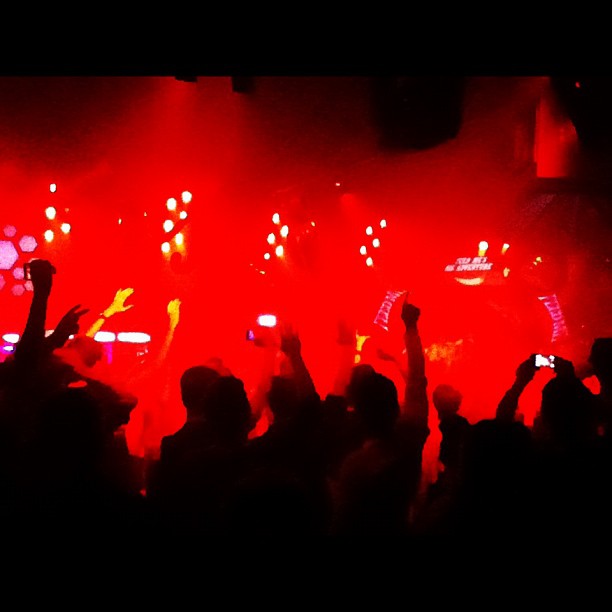 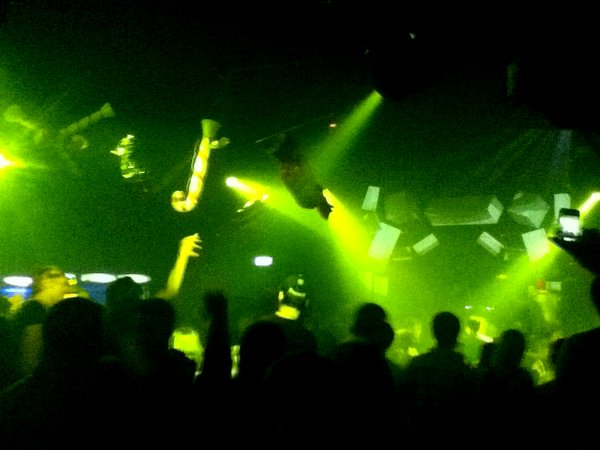 No night out clubbing is complete without some gratuitous selfies in the bathroom. Am I right or am I right? 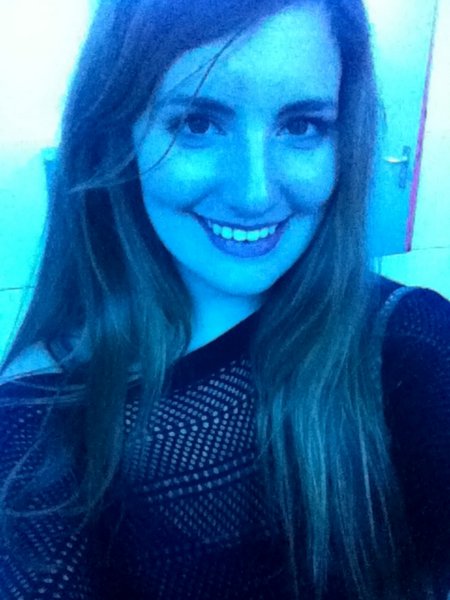 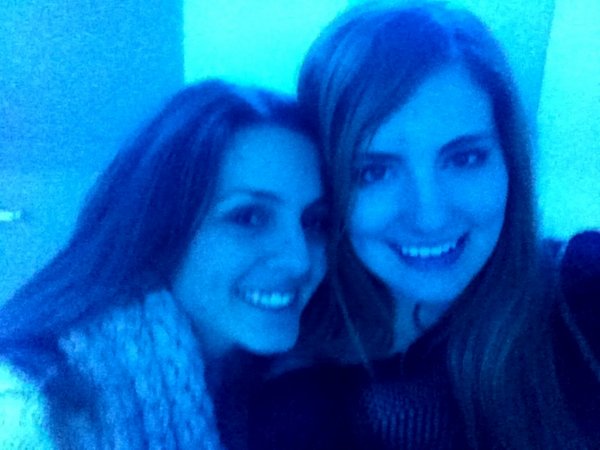 By 5:30 I was ready to call it quits, and figured I had stayed out long enough to still be considered fun. Christian was a little dismayed at the idea of leaving so early, and gently protested, “What if we compromise and leave at 6? In Germany sometimes we go home at noon.”

But this grandma had had enough, and out we walked into the deep snowdrifts searching for a taxi.

And even though we tucked in “early”, a good time was still had by all. The parts we remember, anyway.

14 thoughts on “Partying Hard in Deutschland”