Due to my previous research in Frommer’s, I had read about hiking the Cap Gris-Nez. As the 200-year old apple farm where we were staying was only an hour away, the family and I took a day-trip over to see the fabled and dramatic coastline.

On the car-ride to the capes the sweet and elderly grandfather insisted on having others translate lots of little factoids for me:

“Tell her this is the supermarket where I sell my apples and pears.”

“Tell her that these little houses are for pigeons so you can eat their meat later.”

“Tell her that Europe uses the Mediterranean as a reference to sea level.”

After learning lots of new information about potential Scrabble words and pear cultivation, we started our hike near the adorable village of Escalles. Escalles seemed surprisingly unscathed by WWII bombing, and forgive me but, untouched by time. 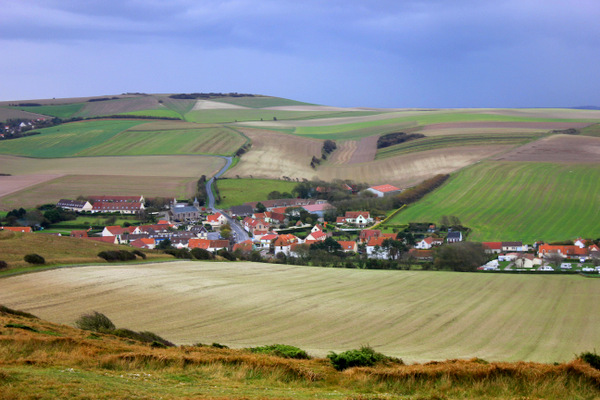 As we walked up the path of the Cap Gris-Nez, we saw lots of remnants of German bunkers. 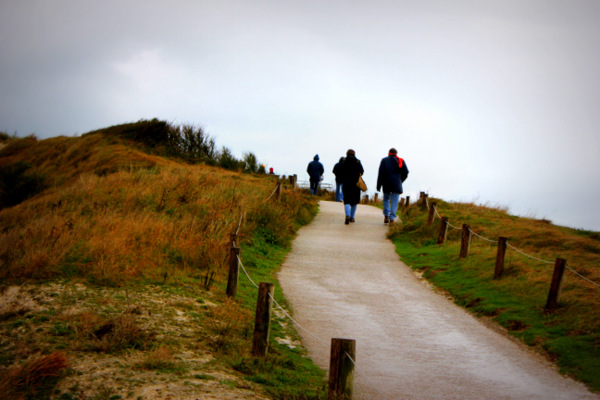 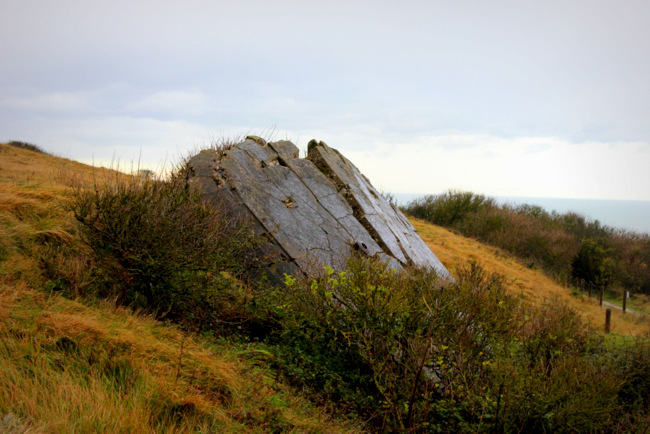 We stopped at a largely intact bunker called the batterie Lindemann. Being a huge history buff, it was a treat for me to be able to stand on top of a real-live German bunker. The bunker once housed 20-meter long barrels that were able to deliver one-tonne shells onto the coastal cities of Kent on the other side of the Strait, 40 kilometers away. 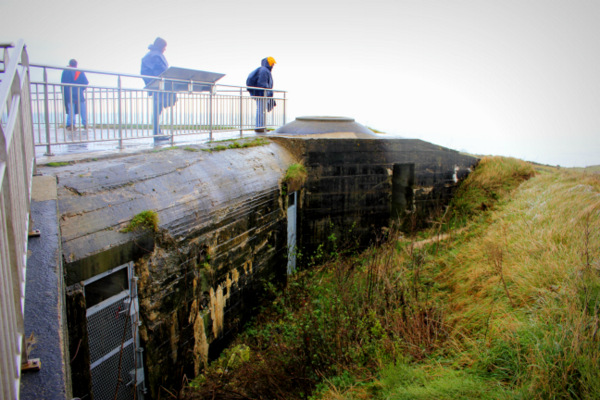 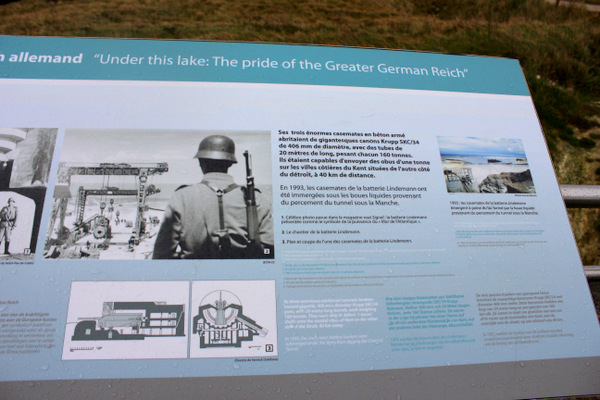 Sadly, many coastal cities in both England and France were nearly destroyed by bombings in World War Two. And though I had assumed that the Germans had bombed France’s northern cities, it was in fact the Allied forces who had done the damage. The Germans had taken over the cities of northern France (as well as the rest of France, of course) and to reclaim the important shipping ports the Allies were forced to bomb them.

If you’ve ever seen the movie Atonement you might remember the scene that depicts the “Miracle of Dunkirk,” the evacuation of more than 300,000 British soldiers who were hastily transported back to England on anything that could float, including fishing boats and civilian pleasure crafts.

Unfortunately, a flurry of hail stones that suddenly began assaulting our faces and ears cut our hike was cut short. I ran back to the car with my face covered in black mascara marks which is why I won’t be appearing in the photos (damn you, Diorshow!)

But I should’ve known this might happen; a French friend of mine had warned me about the inclement weather in the North of France, “You’ll see it is very pretty if it is not raining which is 99% of the time!”

Though we didn’t hike as far as I would’ve liked, the views and WWII history were well worth the weather. 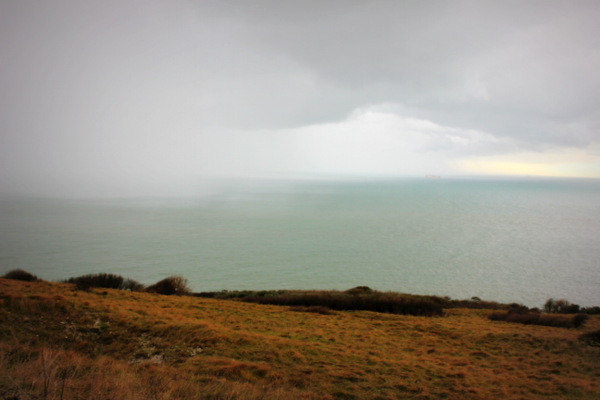 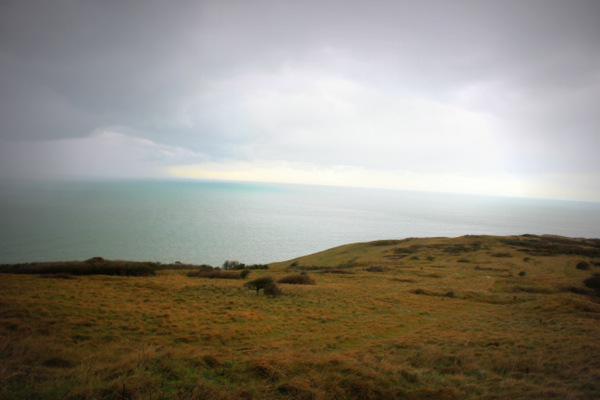 Would you be interested in hiking the Cap Gris-Nez?

Oh and HAPPY THANKSGIVING everyone!