I had a plan for what my 22nd birthday would be like; I would be sitting in a cozy pub on a windswept, lonely peninsula, listening to traditional Irish music and sipping a frothy half-pint of Guinness.

And what was my 22nd like in reality? Well it was in Ireland, but that’s where the comparison stops.

My birthday began at a middle-of-nowhere airport in Belgium. I took a stressful Ryanair flight to Dublin (is there any other kind of Ryanair flight?), made my way downtown and then boarded a five-hour bus ride to Cork. Cork is known as both the Real Capital of Ireland and as the country’s most food-centric city so I was excited.

Upon arriving I wandered the city with my unforgivably heavy backpack until I found a hostel. Apparently I’m way too cool for reservations these days. 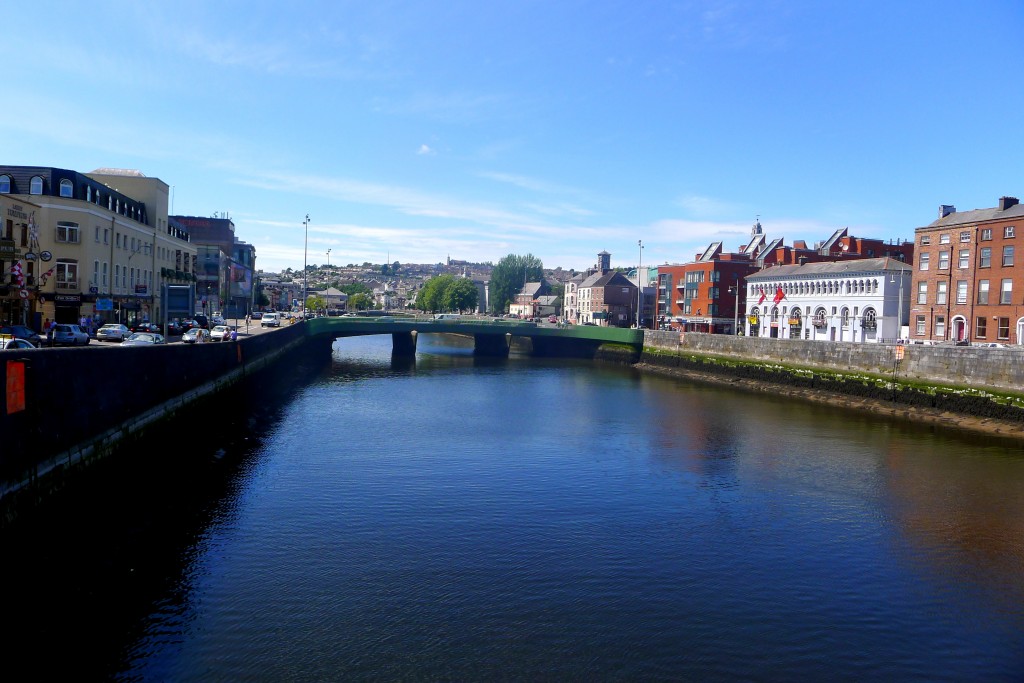 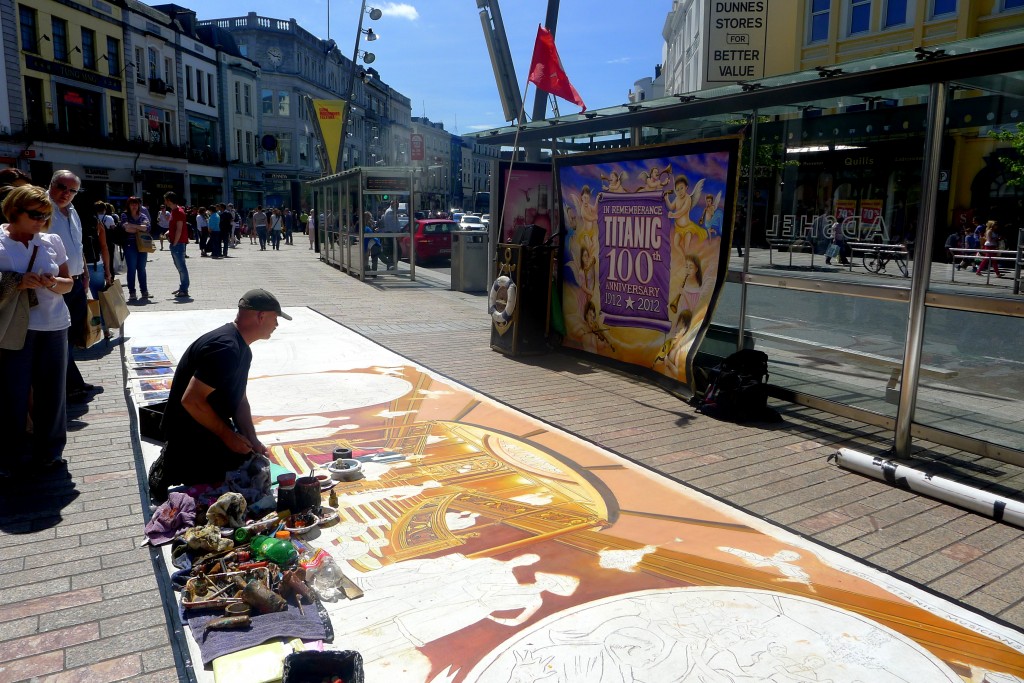 My first order of business was to check out the English Market, Cork’s well-known farmers market that Samantha Brown featured on her travel show. (Um… I swear I don’t get all of my travel advice from Sam, honest.)

I ended up buying some hearty soda bread, white cheddar and buttered eggs for dinner, though I wanted much more. Unfortunately food shopping gets a tad complicated when you perma-live in hostels.

Side comment – Is it just me or is Irish food nothing like English or Scottish food? Irish food is surprisingly delicious and artisanal: black pudding, smoked salmon, Dublin Bay scallops, hearty soda breads and Kerry Gold… who knew! 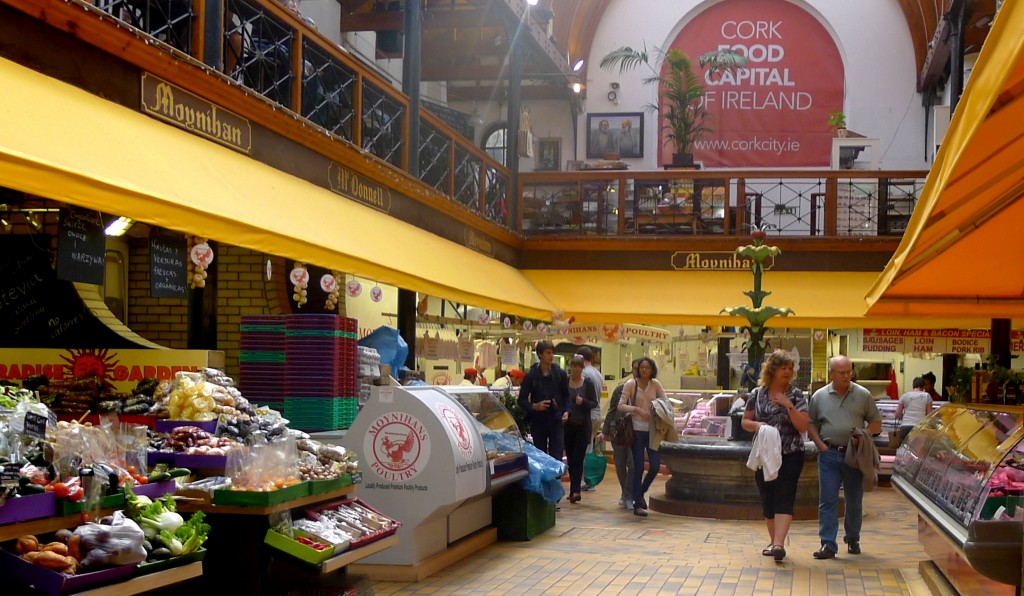 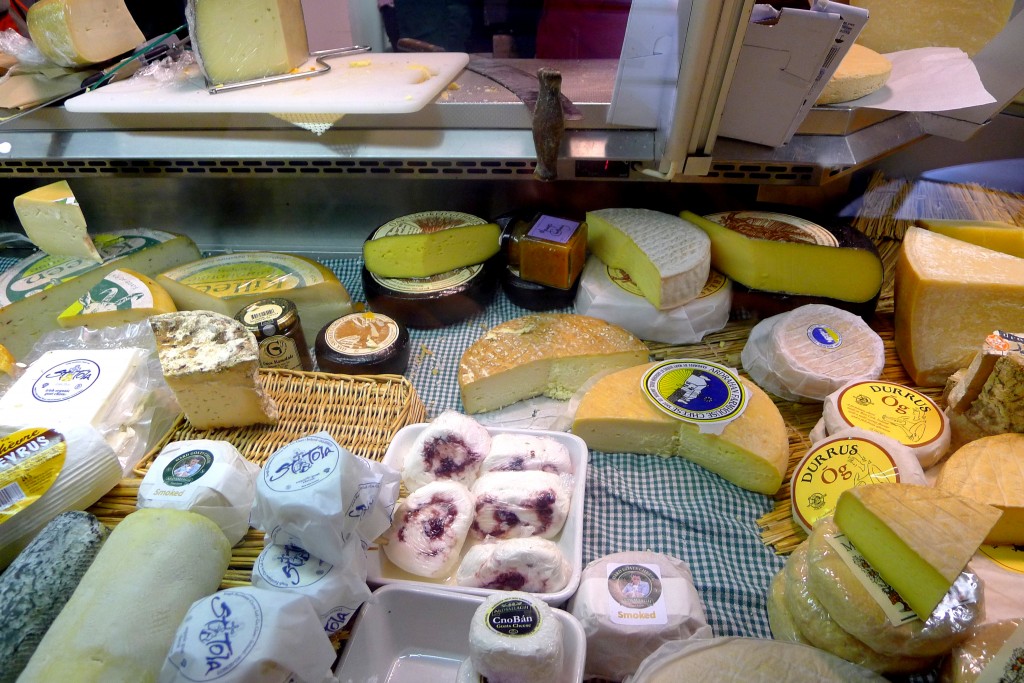 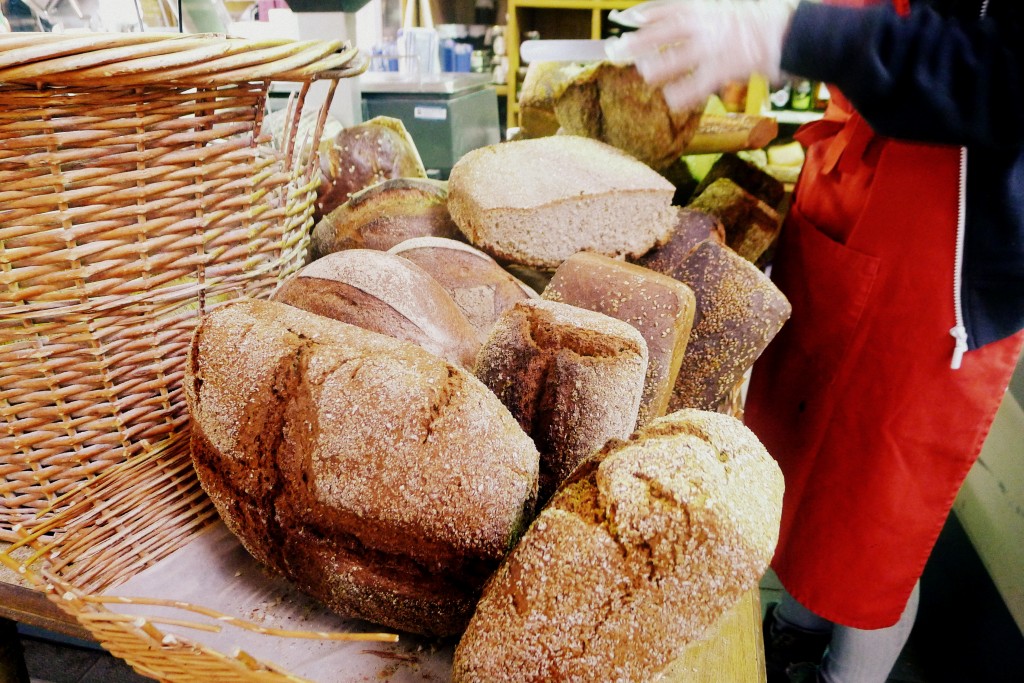 When I asked the hostel employees where I could find a pub in town with traditional Irish music, I was told, “You’re never going to find traditional music in Cork. You’re going to have to go to a little town for that.” I think I could hear my Irish music-obsessed heart break.

And then by way the magic of hostels, a group of guests formed, all in the pursuit of going out together that night. There were nine of us, and as the Brits might say, we were five froggies and four yanks.

We started off the night drinking and chatting at a lively pub. The nine of us were struggling to communicate through our Franco-anglo language barrier, but strangely enough we began speaking more easily with one another as the night went on. It seems that alcohol is the true universal language. 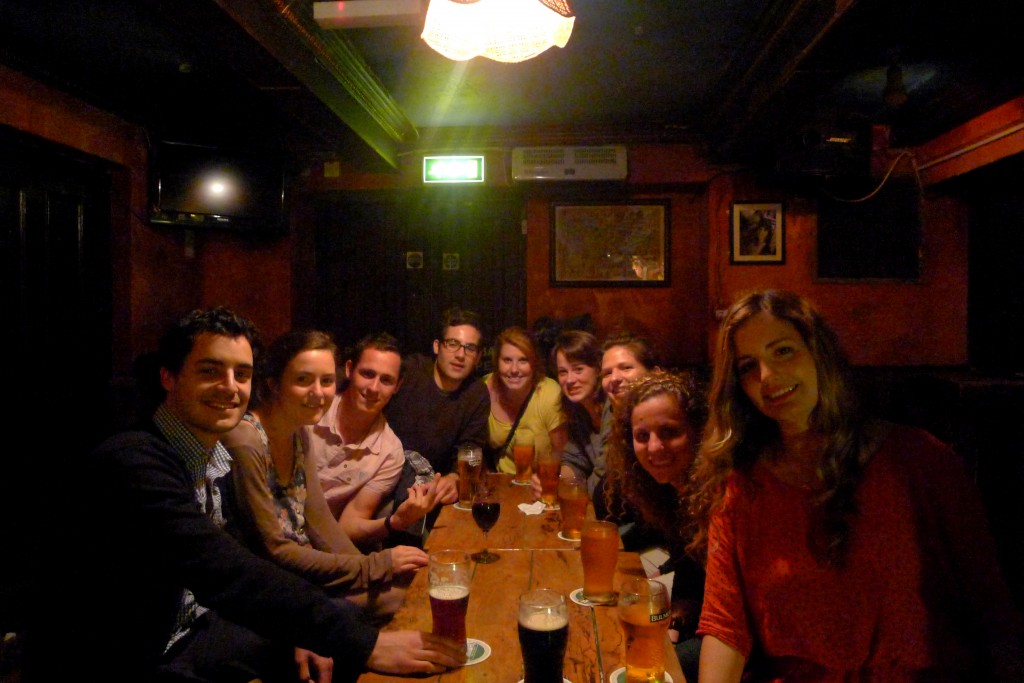 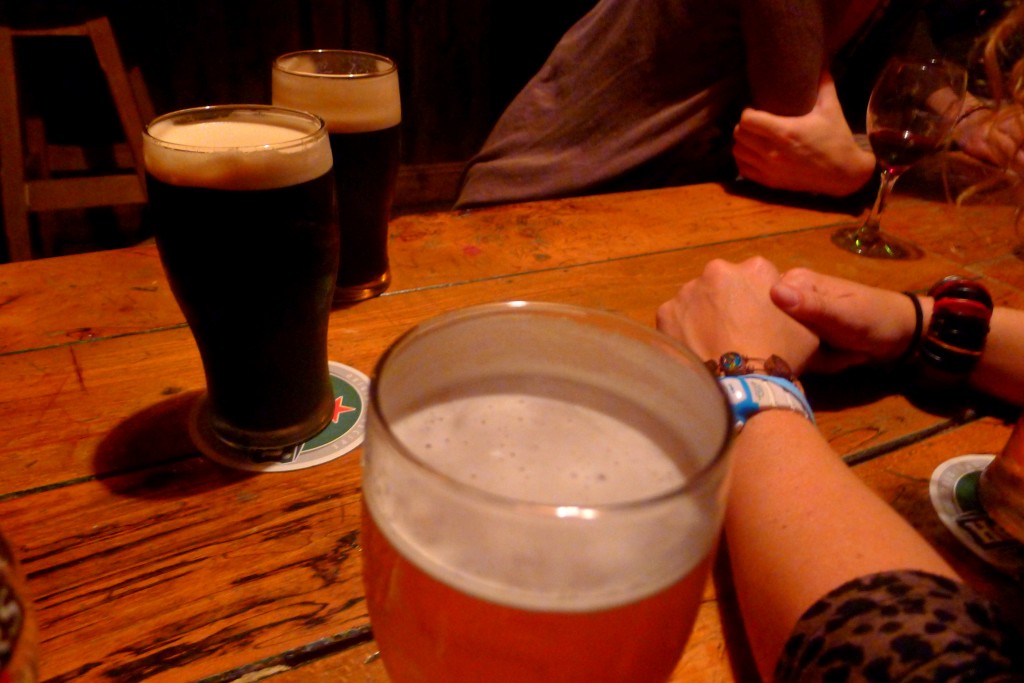 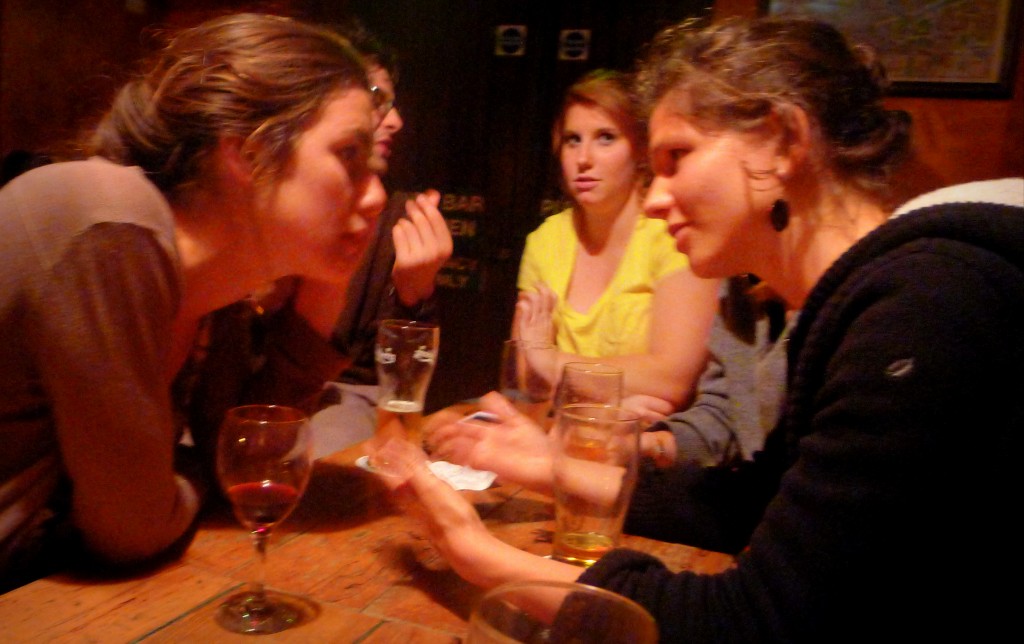 After the pub we tried (and failed) to get into several clubs around town. Strangely enough, no one would let us in because two of the girls in our group were under 21. I thought that only happened in the puritanical U.S.!

So long story short, we ended up at the trashiest club I’ve ever been to, and that’s saying a lot. It was kind of like the Jersey Shore meets working-class Ireland if you can picture that.

Let me start out by saying that the club had a chess theme. As in the dance floor was a black and white chess set lined with 10-foot tall pawns, knights and castles, all illuminated by neon green lights. The music was so loud that I was concerned I would have permanent inner ear damage. And we actually saw a girl-on-girl, hair-pulling cat-fight on the dance floor. It was madness. 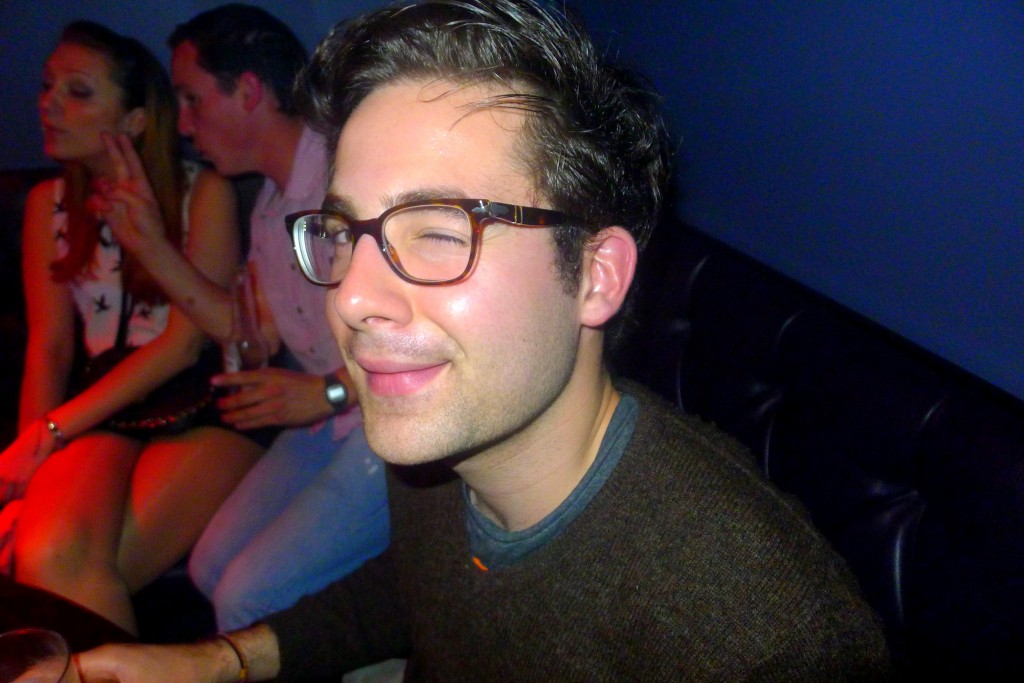 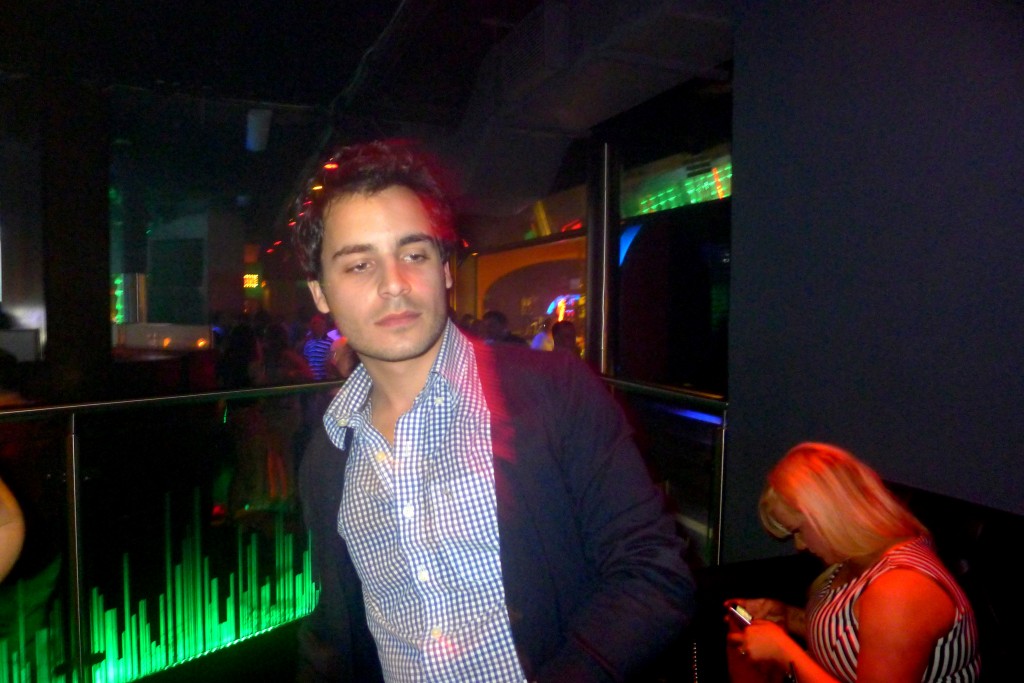 So the moral of the story here? Sometimes you don’t get what you wish for, and that’s A-OK. My birthday didn’t involve craggy coastline and quaint cottages, but it did involve girl-on-girl cat-fights, Guinness and a birthday kiss from a cute French guy. And for your 22nd, I don’t think you can do much better than that.

Have you ever celebrated your birthday in Cork, Ireland? Was it as crazy as mine?

14 thoughts on “My 22nd Birthday in Cork, Ireland”