Wondering how to order a baguette properly? Look no further.

In France, bread is a daily staple. Everyday, mothers send their kids to the local boulangerie (bakery) to pick up a baguette. (Sometimes one for breakfast, one for snack/dinner!)

But let’s start this baguette guide off with a pop quiz.

Which baguette is better? 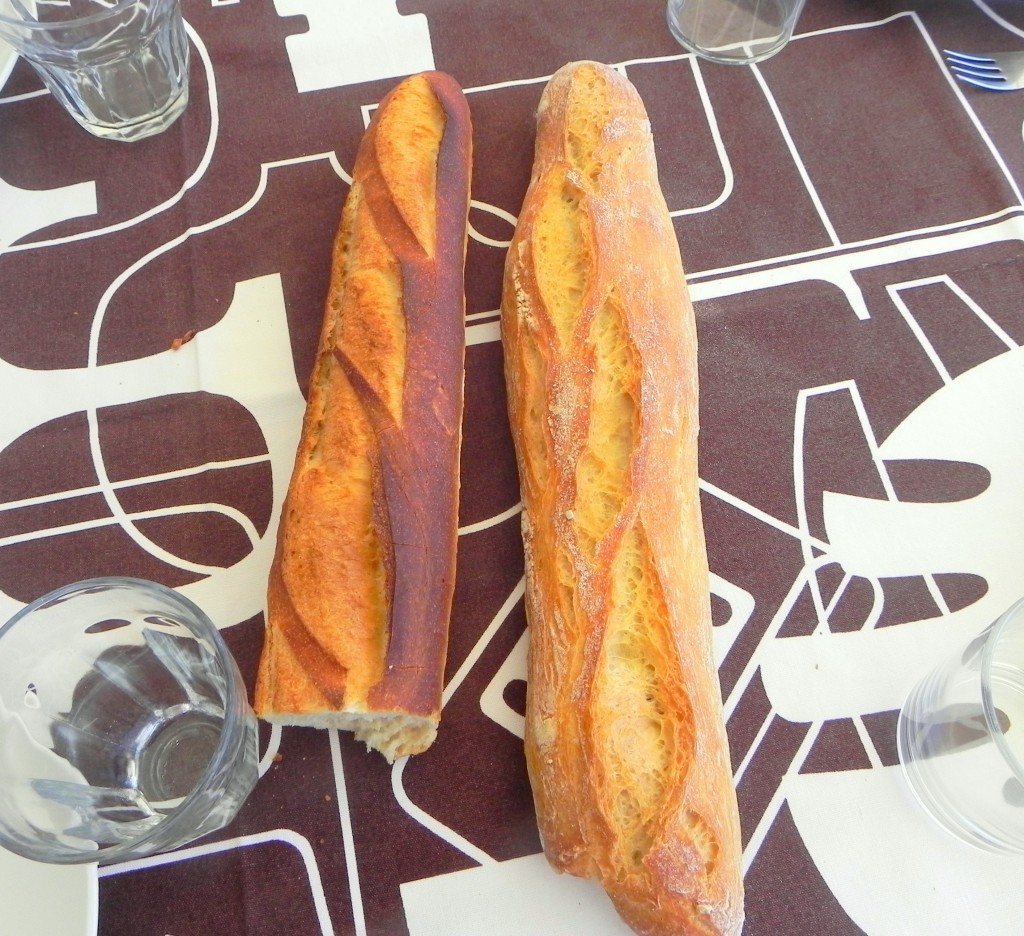 How do you know if it’s a good baguette or not?

A good baguette is never uniform. See how the baguette on the left is perfectly tapered, and has no awkward lumps? That’s a bad sign.

Now flip the baguette over. Does the baguette have little dots on the bottom? Bad sign. That means it was mass-produced in an industrial oven.

Start eating the baguette. Can you gut the baguette easily and pull out the white fluff, leaving only the crust? Bad sign. Good bread should be densely packed.

If it’s a good baguette, it will smell yeasty and soul-warming. If it’s a bad baguette, there won’t be much aroma and the baguette will get stuck to the top of your mouth like Wonderbread.

How much does a baguette cost?

See David Lebovitz’s guide on how to find a good baguette in Paris here.

How long does a baguette last?

A baguette lasts for about 24 hours. We usually buy one baguette for breakfast, one for the kids’ after-school snack and one to accompany dinner.

French bread is required by law to avoid preservatives, and as a result most breads go stale in under 24 hours. Neighboring bakeries coordinate their days off so that the neighborhood will never be without bread.

How do you order a baguette?

There are basically two ways to order your baguette:

b. Pas trop cuite (not as baked)

It seems these days that softer, “pas trop cuite” baguettes are more in style, and that mostly the older generation orders the bread “cuite”.

The quignon is the end piece of the baguette.

It’s practically a tradition to tear off the quignon right after leaving the bakery, when the fresh from the oven baguette smells so heavenly and feels so warm against your body that you can’t resist taking a bite (are we still talking about bread?)

Other breads at the bakery 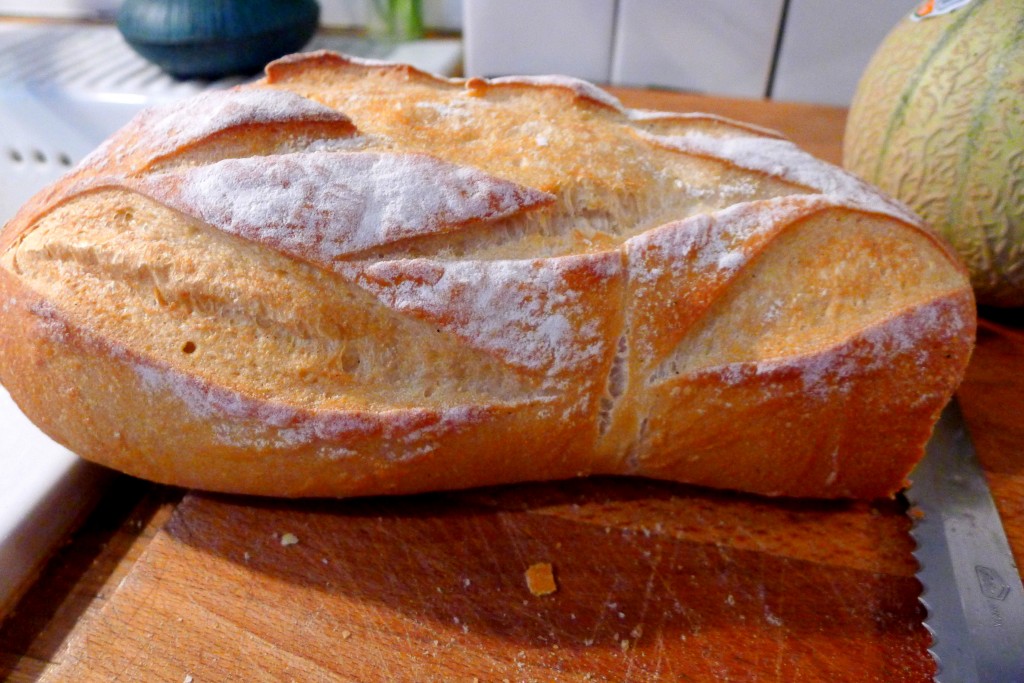 There’s a lot more to the boulangerie than baguettes (or so I’ve been told).

Boule – A round-loaf of bread that can be made with any flour.

Brioche – A rich, yellow bread that is always eaten for breakfast (we usually toast and butter it). The addition of butter and eggs account for its yellow color and crumbly texture, it’s a lot like hallah.

Pain de mie – a rectangular-shaped that is a little sweet, and is usually for toasting or making sandwiches (Croque monsieur being the most notable).

Baguette de tradition – a more traditional baguette that is crunchier and lasts longer due to the added levain, a natural sourdough starter.

Pain aux céréales – a small, earthy piece of bread made with whole wheat flour and lots of seeds.

What do you like to order at the bakery in France? Did you already know all of my tips on how to order a baguette, or were they new to you?

13 thoughts on “How to Order a Baguette Like a Parisian”