Today Amanda tells us about her experience as an au pair in Rome. Pasta lovers, read on! 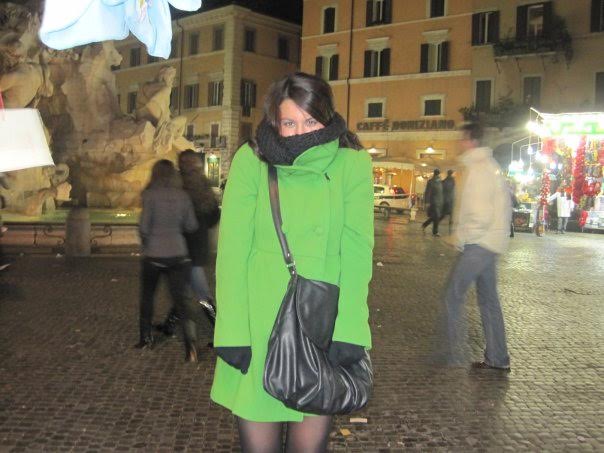 Did you live in Rome proper or the suburbs?

I lived in Rome proper. My first family was about a 20 minute bus ride from the historical center and my second family lived 3 stops away from Termini, Rome’s central train station, on the metro.

How long were you based in Rome?

I was an au pair for about four months, though I’d previously lived in Rome as a student.

Did you live with the family or in your own apartment?

I lived with my family. I had my own room and shared a bathroom with the dad, which was slightly less awkward than it sounds.

How did you find your family? Through a website, friends, etc.

I found both my families through Aupairworld.

What kind of visa were you on?

I went on a tourist visa, which I would not recommend. I was young and just wanted to live in Rome again, so I just planned on overstaying for a year. I know people who did it and had no problems, but it really leaves you with no sort of leeway if something bad happens and if you get caught you could be banned from Schengen countries for up to 10 years.

I left my first family after two weeks because the mother was horrible and I lived in a closet in the basement.

The relationship with my second family started off wonderfully. They welcomed me with cured meats and prosecco and were very excited about their first au pair. Unfortunately, I don’t think they were completely ready for what it meant to have another adult living with them in a small apartment, and they hadn’t completely identified what they wanted the role of the au pair to be. Our relationship became strained and they eventually decided that they no longer wanted an au pair and didn’t want me to come back after Christmas.

Were there any cultural/language barriers? 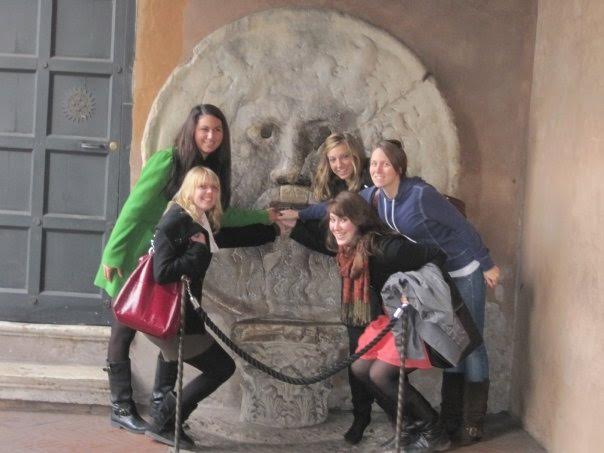 My host dad spoke English very well so we could communicate fine. My host mom spoke more broken English and refused to speak to me in Italian so there were definitely some miscommunications. I used to talk to the dad a lot because he was interesting and I think my host mom saw this as inappropriate, though I was just being my friendly American self.

Did you go to Italian school?

No, I went for about 2 weeks and found it too elementary for my level and couldn’t justify the cost on my 40 euro a week salary.

What duties did you have? Did you cook for the family?

I took care of two girls who were 8 and 10. I would eat breakfast with them and then walk the older girl to her school which was about 10 minutes away. I would then come home and make the girls’ beds, make sure their room was straightened, and finish up any breakfast dishes.

I was free until the afternoon when I would pick the girls up from their respective schools. After a snack I would help them with their English homework, play games with them, or take them to gymnastics. My host mom did all the cooking, but I would help clean up after dinner.

How did you entertain/educate the children?

Both of the girls had lively imaginations and we spent most of our time playing Barbies or house. It was great because they were forced to speak a lot of English during both these activities. We also read plenty of English books and would play Boggle where they had to find words in English.

How did you spend your free time?

I spent most of my free time with friends who were also au pairs. During the day we would get coffee and sit for hours and chat and at night we would drink bottles of wine next to fountains and try to find the cheapest happy hour in town. Every Sunday we tried to see some sort of cultural or tourist attraction and on other days off or holidays we would take day trips to different cities in Italy.

How did you make friends? 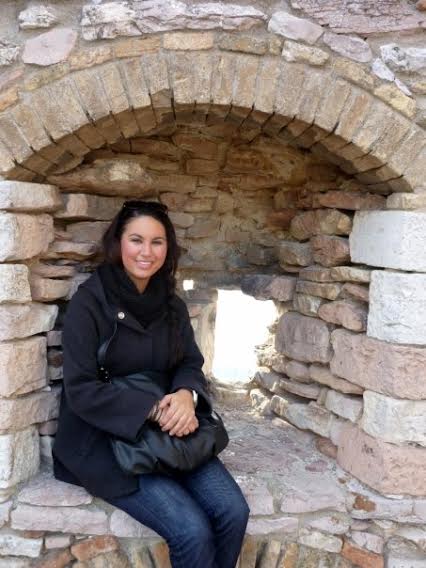 I made all my friends through a Facebook group for au pairs in Rome.

I didn’t really date. I hung out at a lot of foreigner bars (it’s embarrassing to admit this now) and the Italian men who hung out at these places were mostly look for sex as they think American girls are easy.

My one dating tip, though, is to not give your phone number to someone you aren’t really interested in. They will call and text you incessantly even if you never respond.

Did you find it easy to learn Italian as an American au pair in Rome?

Yes and no. I had studied Italian for 3 years in college and was eager to practice speaking, but found it difficult to actually find people who wouldn’t switch to English once they heard my accent. Also, I was allowed to only speak English with the girls I took care of. On the other hand, listening to my family speak to each other and watching shows dubbed in Italian with them definitely helped my listening comprehension skills.

What you loved about working in Rome:

I just love Rome. I felt an instant connection with the city when I first moved there as a student. It’s the energy, the architecture, the pace of life, the sound of Italian being spoken all around me. I loved it all. Also, my friends there were amazing and I got to eat homemade Italian food everyday.

What you disliked about working in Rome:

It was difficult to live by someone else’s rules after living away from my parents for 4.5 years. Also, when you are living at your place of employment it makes it difficult to separate work from life, especially if you have a bad day. Salaries in Rome seem to be a lot lower than au pairs in other European cities, and mine was especially low, so I didn’t get to travel as much as I would’ve liked. Or eat.

Overall would you recommend working in Rome, Italy?

Yes, but with reservations. Make sure you get a proper visa (a student visa for Italy) and only work for families that have positive references from former au pairs. Even that’s not a guarantee though, so be prepared for things to be difficult or to not work out.

Any important things to pack?

You’ll be able to find most anything you’d want or need in Rome, but clothes are definitely more expensive in Europe than they are in the US (and you’ll be living on an au pair salary) so try to bring things for all the seasons you will be there.

Have you ever au paired in Rome? Comment below!

. . . . . . . . . . .
Amanda Slavinsky is a freelance writer traveling and eating her away around the world. Originally from Michigan, she left the United States after college graduation and has since worked as an au pair in Rome, taught English in Korea, backpacked around Southeast Asia, and gotten an MA in Digital Journalism in London.