When I decided to book a trip to the DF, I knew I wanted to do a Mexico City food tour. I’ve done several food tours before in London, Madrid and Penang, and really enjoyed them all. Food + culture + history? My kind of afternoon.

I booked the Roma neighborhood tour with Sabores México as I wanted to get a feel for Mexico City’s distinct neighborhoods, not just the downtown.

A little history – Roma is known as a trendy, bohemian neighborhood and was settled in the early 1900s by wealthy Europeans. In the mid-20th century it became home to an influx of Jewish immigrants, and to this day has several synagogues, a Jewish museum and Kosher deli.

Roma reminded me a lot of Buenos Aires, with its neoclassical architecture, plazas and leafy boulevards. 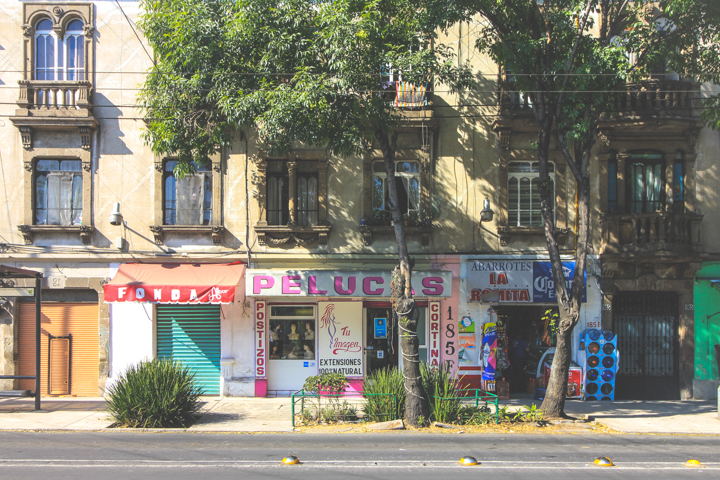 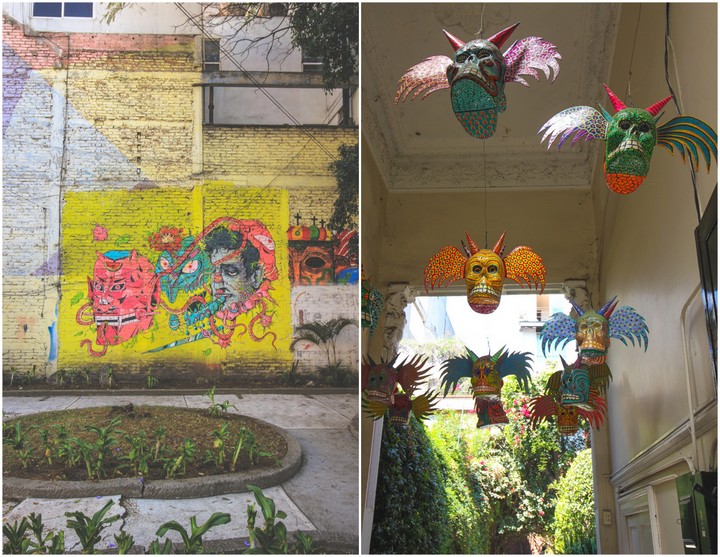 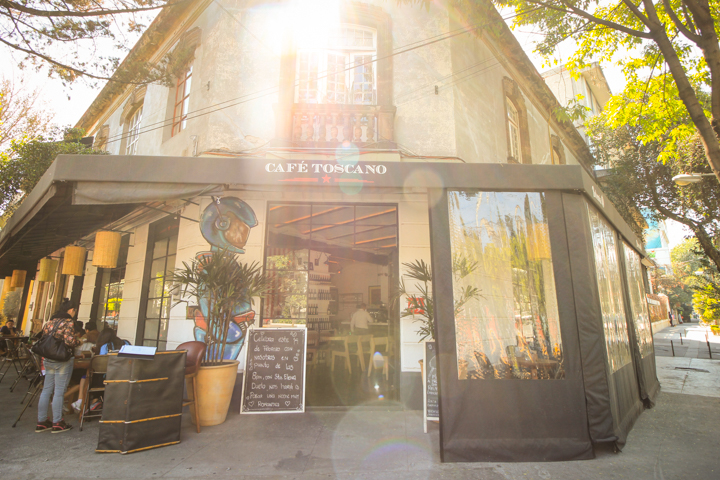 Anyway, back to the food. On our tour we stopped at six different eating and drinking establishments, all of which I really enjoyed.

We began the tour at Galia Gourmet, a French bistro with traditional homestyle food. I was impressed by the display case which boasted ratatouille, hachis parmentier, gratin dauphinois and imported French cheese.

At Galia we enjoyed a simple lunch of red wine, crusty bread and rabbit pâté. As rabbit pâté is one of my favorite French foods, I was stoked. While it wasn’t the best rabbit pâté I’ve ever had, it was still a delightful throwback to my time in France. 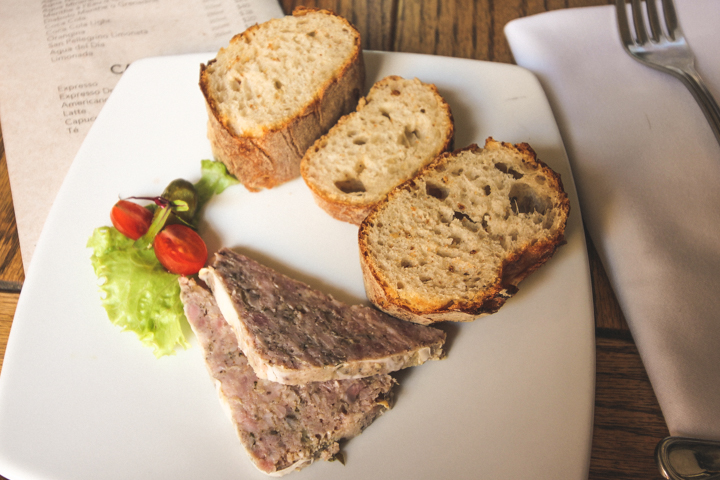 Next we headed to a tiny café for authentic Veracruz-style tamales.

We sampled three tamales : a tamal chino which made with rice, a tamal de frijoles which is made with black beans and a sweet corn tamal. 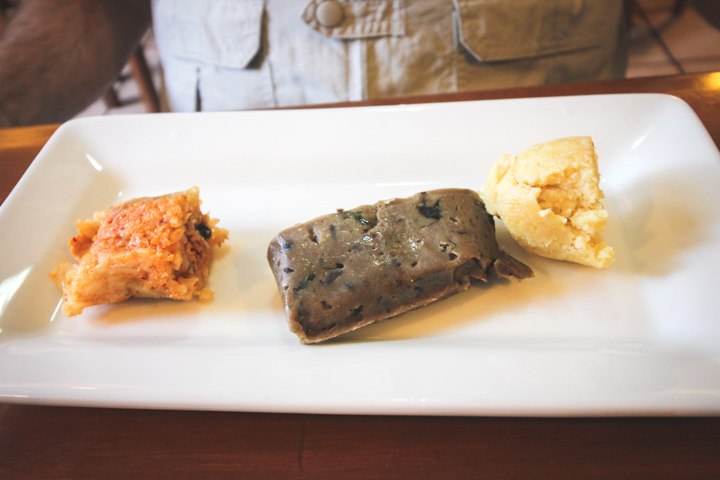 Next up? A craft brewery. I love that craft breweries are popping up all over the world because everyone deserves to drink good beer, don’t you think?

We ordered a beer flight with several of Graciela’s house-made brews. My favorite was the red ale, which gets its color from hibiscus, as well as its creepy name, Sangre de Musas (muses’ blood). 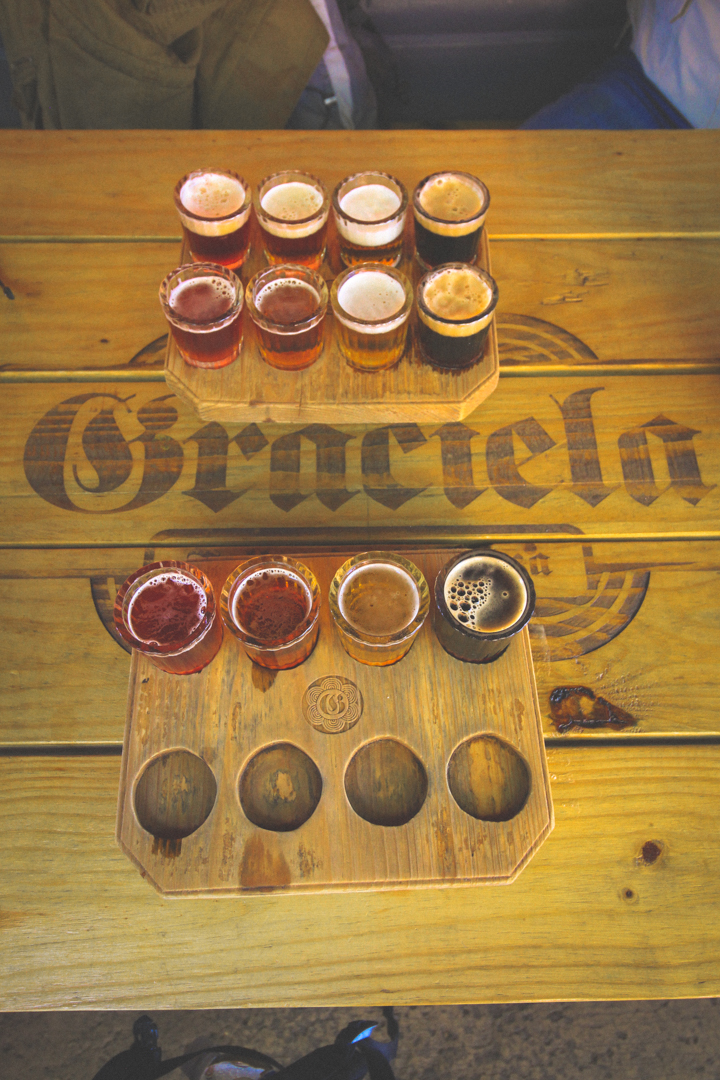 Have you guys tried tlayudas? Oh. My. God. They’re unreal. We need tlayuda food trucks and delivery in the US stat.

Tlayudas are like Oaxacan pizzas – open-faced tortillas topped with refried beans, meat, salsa, unrefined pork fat and Oaxacan cheese, which interestingly has the same texture as string cheese but a salty, milky flavor.

Anyway, apparently La Tlayudería serves some of the best tlayudas in Mexico City. My tlayuda was very spicy and made with dried beef. It was so hot I was sweating by the end, and so delicious I was wanting to go to Oaxaca more than ever.

If you’re feeling adventurous, you can order tlayuda con chapulines, or grasshopper tacos. Apparently grasshoppers as well as most bugs are an excellent source of protein, so there’s that. 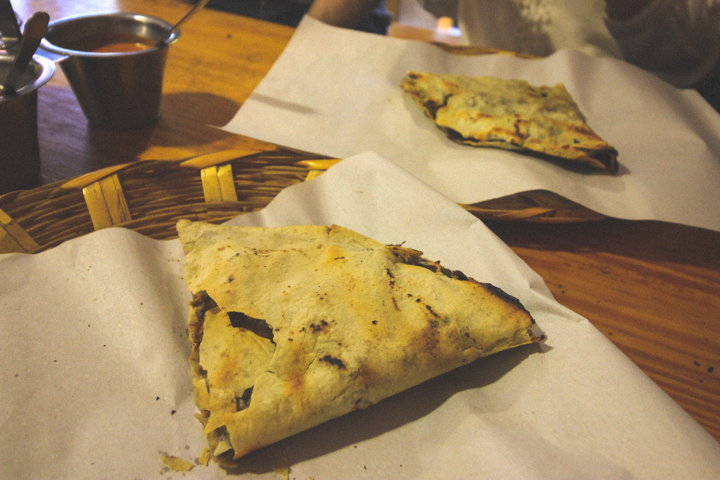 Next up was mezcal at Escollo, another craft brewery. I love mezcal because of its smoky flavor, and I mean, anything related to tequila is going to be something I like.

The mezcal at Escollo was interesting, because it was herbaceous and gin-like. To accompany the mezcal we had orange wedges and sal de gusano, or worm salt. It turns out worm salt is amazing – who knew? 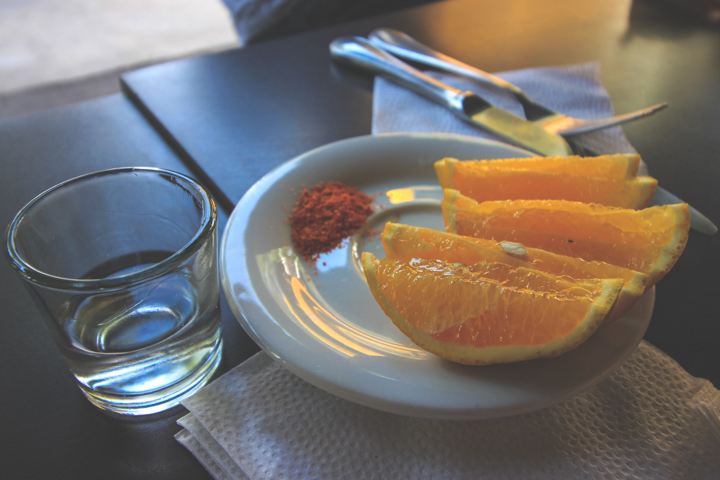 Finally, we finished off the tour at an artisanal coffee house. Espressarte roasts and grinds their beans in house, and has more coffee-brewing contraptions than I’ve ever seen in one room. 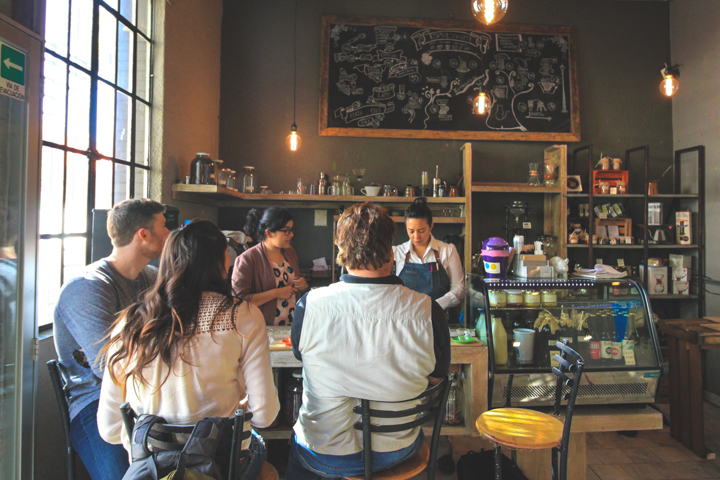 The tasting was fascinating- when we tried the raw cacao, coffee beer and chocolate with coffee in the open glass versus the closed glass, the flavor was totally different. There’s a probably a scientific reason for this, but all I really gathered from the tasting was that both Mexican chocolate and coffee are ambrosia from the Gods. 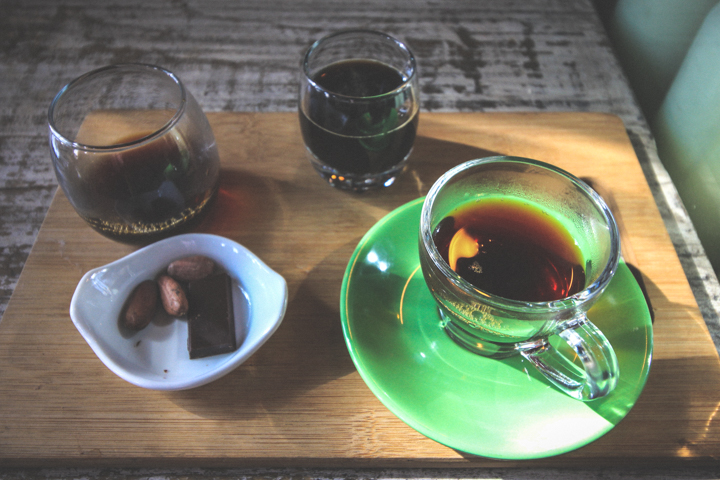 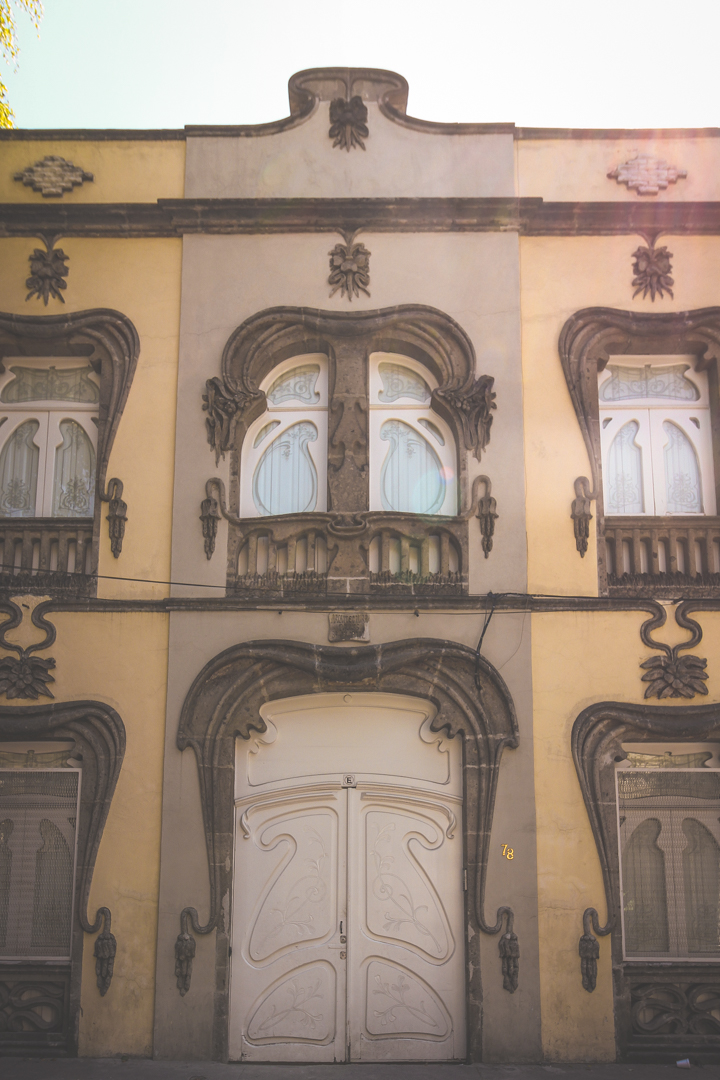 Overall I loved the food tour. Our guide was a long-time Roma resident and explained a ton about the architecture, food and history of the neighborhood, which I loved.

Another good sign was when by the end of the tour, my decidedly un-foody father said, “Can we do another food tour tomorrow?”

Which of these dishes would you most like to try? Would you do a Mexico City food tour?

A big thanks to Sabores México to offering me and my dad a discount in exchange for a review. They in no way insisted that I write a favorable review, and all opinions are (as always) my own. Also, we were late to the tour and missed the first stop of the tour (fish tacos!) So if you go, note that there are seven stops.

20 thoughts on “A Mexico City Food Tour with Sabores México”