What happens when you take a Parisian fire station and fill it with handsome firefighters, cheap beer and patriotic partygoers? Good things, mes amis. 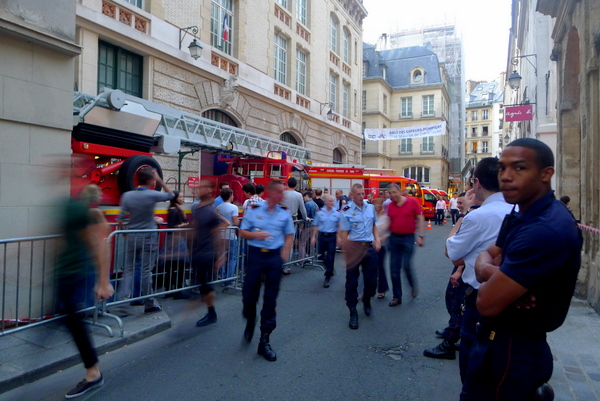 Each arrondissement hosts its own firemen’s ball, but we chose to attend the first arrondissement’s near Les Halles. The party was free to enter with a recommended donation. 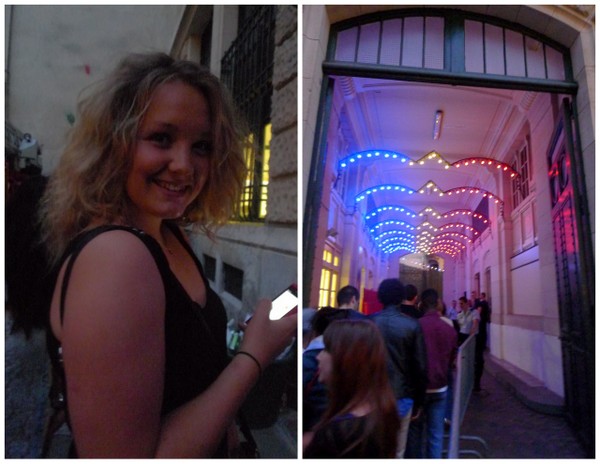 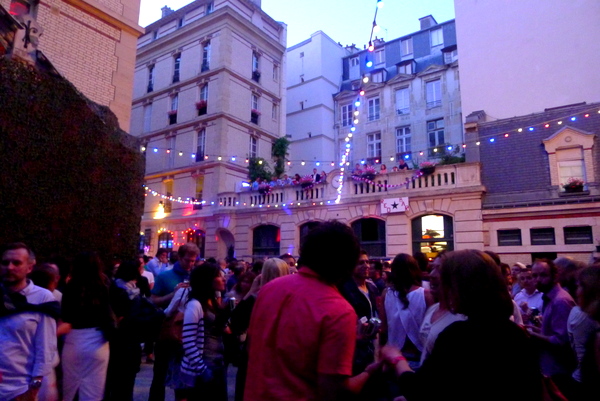 The vibe was amazing with patriotically colored lights, a live band and well-muscled firefighters around every corner. From the Heineken beer cans to the warm weather to the red, white and blue it honestly felt like a fourth of July barbecue. Minus the barbecue, of course.

The two beverages of choice were either a 40-euro bottle of champagne or a three-euro can of beer. Ergo the following picture… 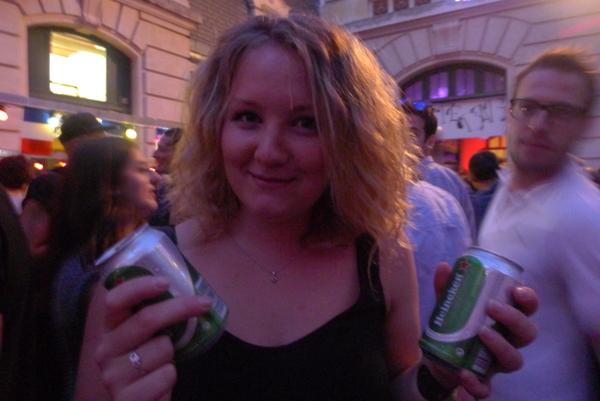 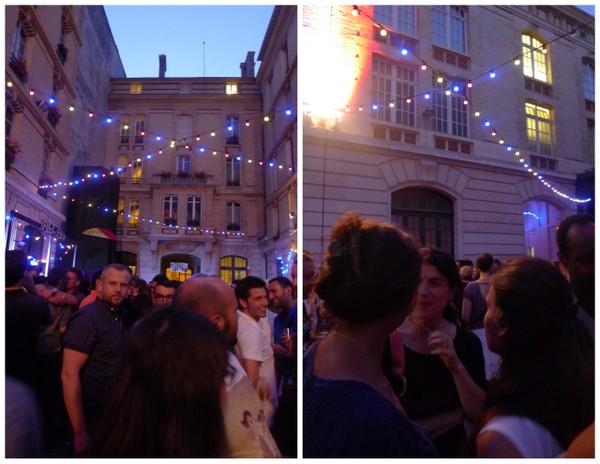 Question: does anyone know why both the police and firefighters in France are so devilishly handsome?

After a too-short partying sesh we left early to meet up with the French guy my friend is seeing. From there we headed to Café Oz, where we danced on picnic tables and threw back mojitos until dawn. 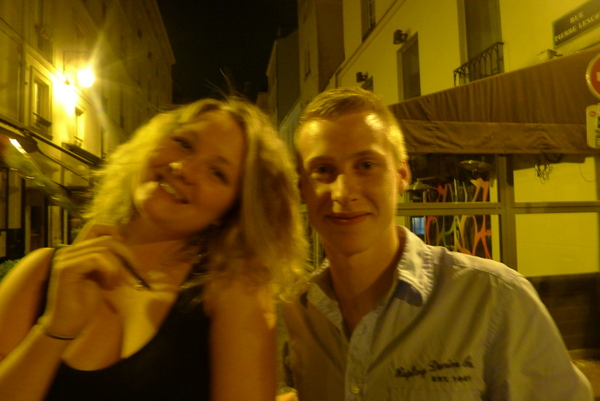 I love Café Oz because of its faithful devotion to the golden period of music from 2002-2004: think lots of N.E.R.D., Nelly and Outkast. And in relation to Bastille Day, all I can say is that every time Missy Elliot comes on I dance like it’s my national duty. 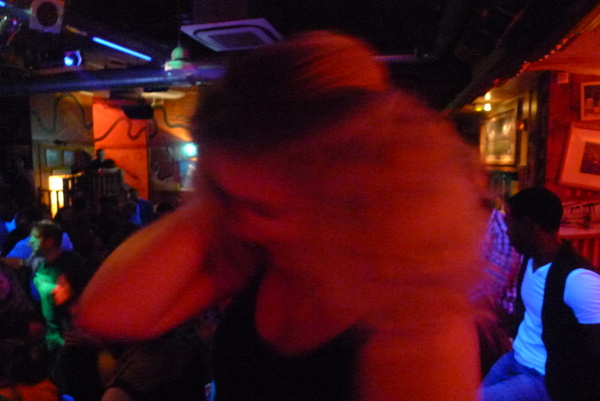 Spoiler alert- when you have plans to attend a military parade at 10 a.m. but take the first metro home at 5:30 a.m., you miss the military parade. But, if you’re ever in the area, I’ve heard the Bastille Day military parade is quite the spectacle- in fact Wikipedia tells me it’s the oldest regular military parade in the world! (And shame on me for missing it, ugh.)

On Sunday night I met up with another friend to watch the fireworks from Trocadéro. As we arrived before  the fireworks show started, we watched the crowd pull out their iPhones and ooh-and-ah with delight when the Eiffel Tower lit up. 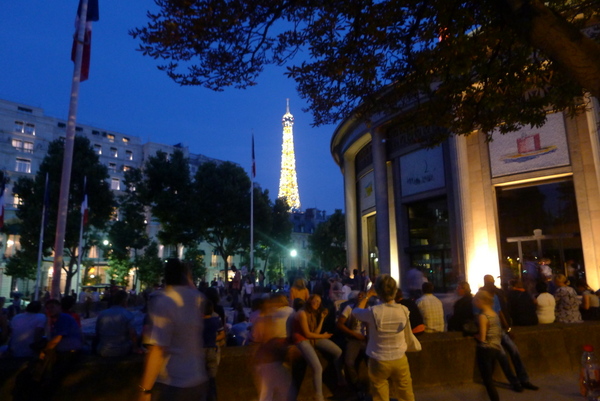 And I must admit- it is rather dazzling, isn’t it? 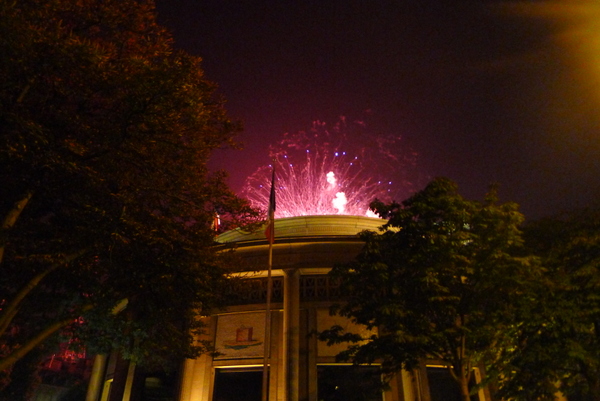 Soon after, the real show began. 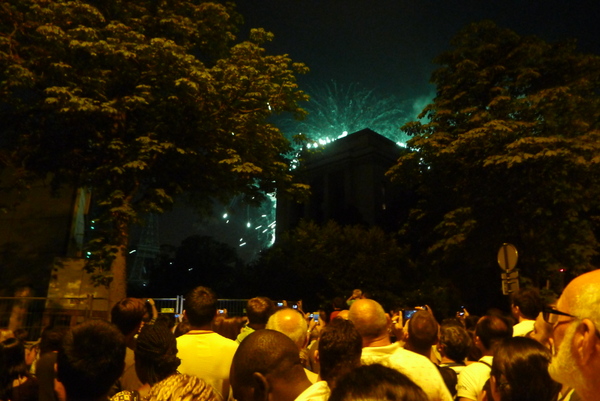 While the show was beautiful, watching the fireworks from Trocadéro probably wasn’t the best idea- there were times when we literally couldn’t move in the crowd, and when fellow spectators got a little too frisky. (Or in the case of the one guy who grabbed my hips and pulled me close to him shall we put it delicately, wayyy too frisky. Vom.)

Honestly seeing the fireworks explode across the night sky made me homesick for my own country’s Fête de la  Fédération. I’ve been battling with homesick a lot lately now that most of my friends are gone and am counting the days until I go home. (Eight, for your information.) 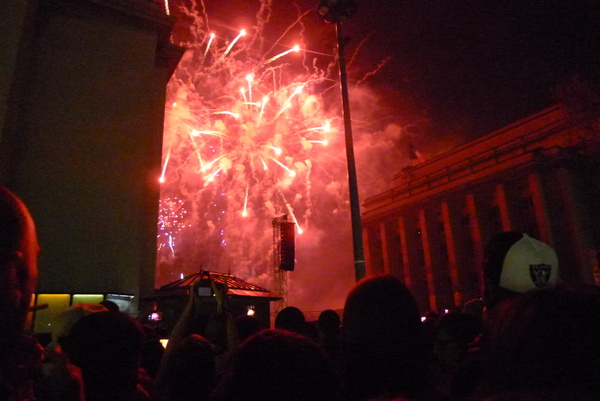 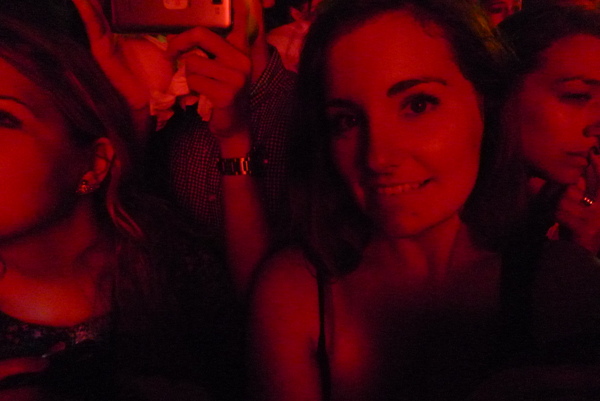 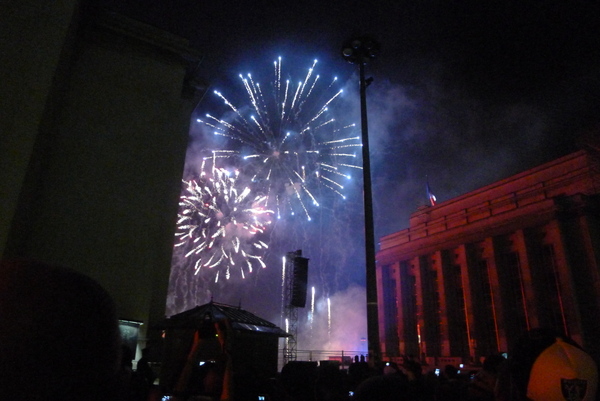 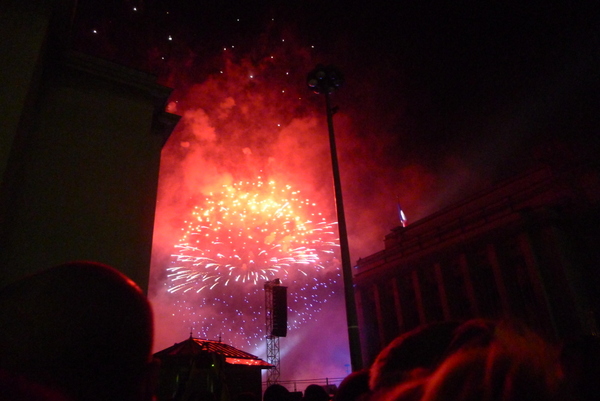 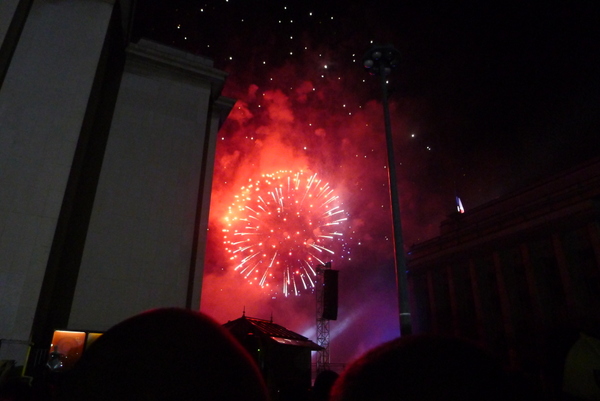 The overall scene was mildly reminiscent of a war zone: loud bangs, suffocating crowds and people sprinting everywhere. The festivities left Rachel and I half-joking about having post-traumatic Bastille Day syndrome.

But overall it was fun to see a country that isn’t known for being patriotic (I don’t know a single French person who would hang a flag outside their house for example) brandish a little pride for their wonderful nation.

Parisinfo.com does a yearly arrondissement guide for the Firemen’s Ball so google that before you go to find a partying fire station in your area.

It’s best to spot the fireworks from afar rather than up close- so rather than the Champs de Mars or Trocadéro, head to somewhere faraway and high-up like Edna did last year.

Have you ever experienced Bastille Day in France?

13 thoughts on “Hot July: The Firemen’s Ball and Bastille Day in Paris”