Hey everyone, I hope your holidays have been very merry! I just wanted to take some time at the end of the year to recap all of the craziness that was 2012. And really guys, it was crazy, I promise.

The start of the year found me living in Chicago and tackling my last semester of college along with two internships, a part-time job as a cater-waiter and a growing social calendar.

And for the sake of open blogging, the start of 2012 also found me reeling from a soul-wrenching break-up and getting back in shape.

(Seriously though, how much does ending a serious relationship suck? I never want to go through that again. Ever.)

During 2012 I worked as an event photographer from time to time. Despite enjoying how the title of “event photographer” gives me a few (much-needed) cool points, it also led me to one of my best nights of 2012 – the Tickled Pink Breast Cancer Benefit. I danced and cocktailed the night away with my best friend/roommate, Alyssa (pictured below), who was working as my “photography assistant.” 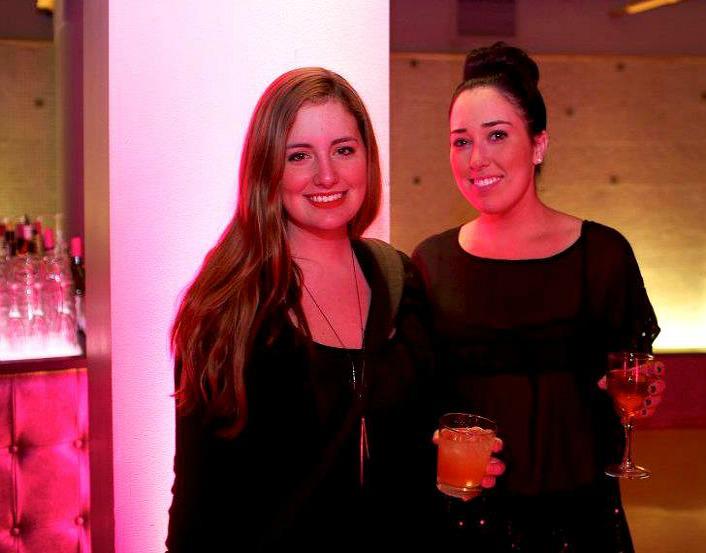 Another February highlight was working as a backstage dresser in New York for Fashion Week. Alyssa saw a Facebook post requesting volunteers for the Farah Angsara show so the next thing we knew we were booking a last-minute flight to New York.

The show ended up being very fast-paced and hectic; you really do strip couture off of braless teenage models backstage. After the show I got to spend a few days wandering around one of the world’s best cities, and crashed for a few nights at a family friend’s 5th avenue penthouse. (Life on the other side? Really freaking cool.) 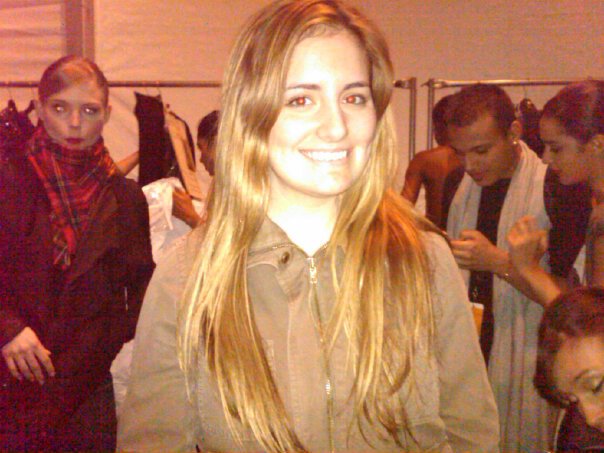 St Patrick’s Day 2012 was a sunny, 80-degree day in Chicago (unheard of in March for all my warm-weather readers). My Chicago crew, little brother and I donned green, attended a house party, took a limo to a club at 6 pm and danced there until the wee hours of the morning. The one thing we didn’t do? Take pictures.

In April I skipped a week of school and flew down to West Palm Beach to meet up with my family and extended Georgia family for a much-needed spring break. A little sun was exactly what I needed after months of cold-weather drudgery in Chicago. 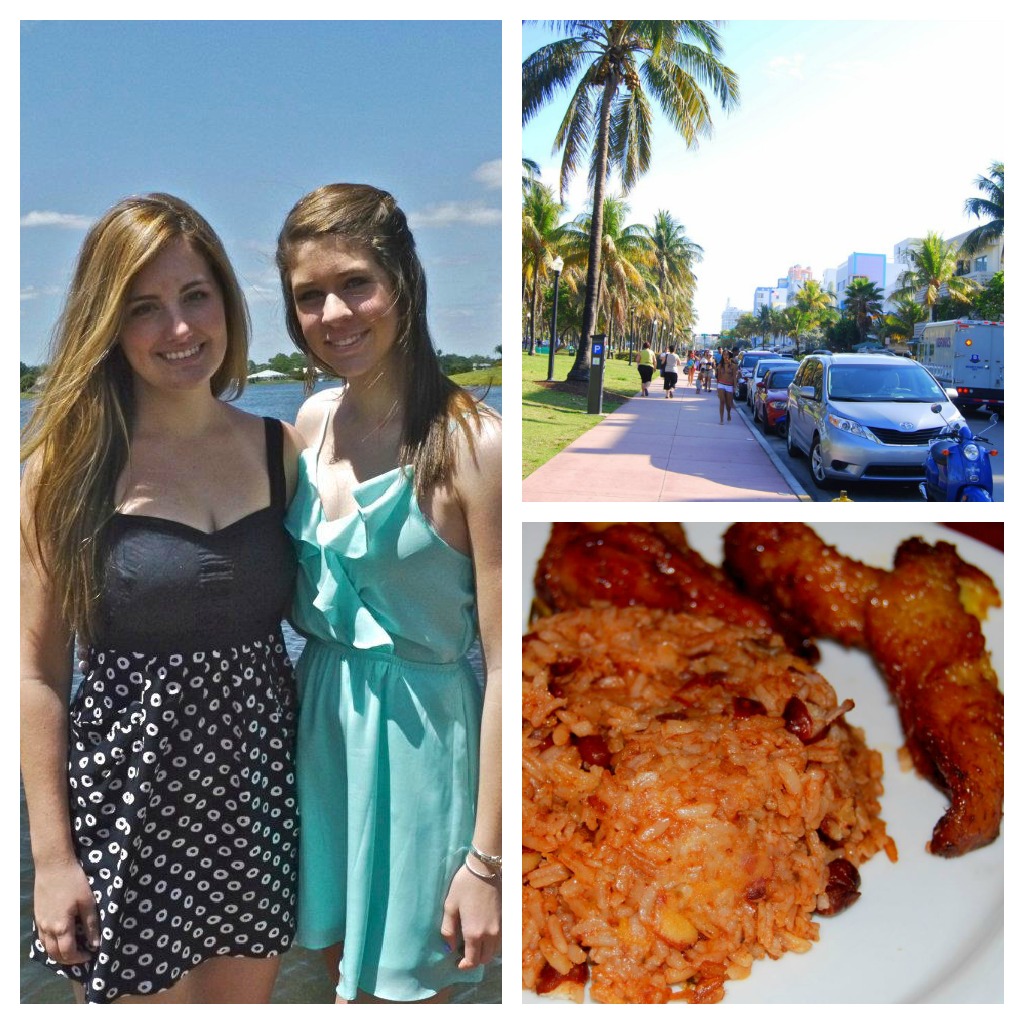 I also went to Miami for the first time and promptly decided it was somewhere I could see myself living. Balmy weather, wild nightlife, delicious Cuban food and mojitos? Sounds perfect to me.

In May I graduated! My family, grandparents, aunt from Georgia and several family friends all made it to Chicago for my graduation, for which I was very grateful.

But really, even though entertaining 14 relatives for a week was a bit hectic, it meant the world to me that my family went to such great lengths to celebrate my graduation. 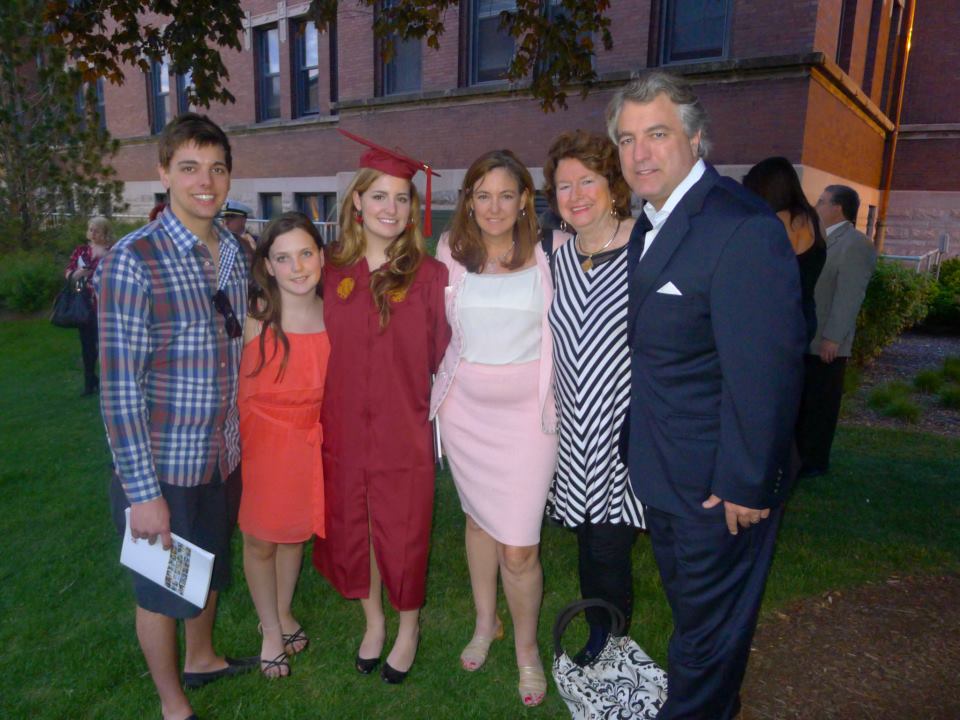 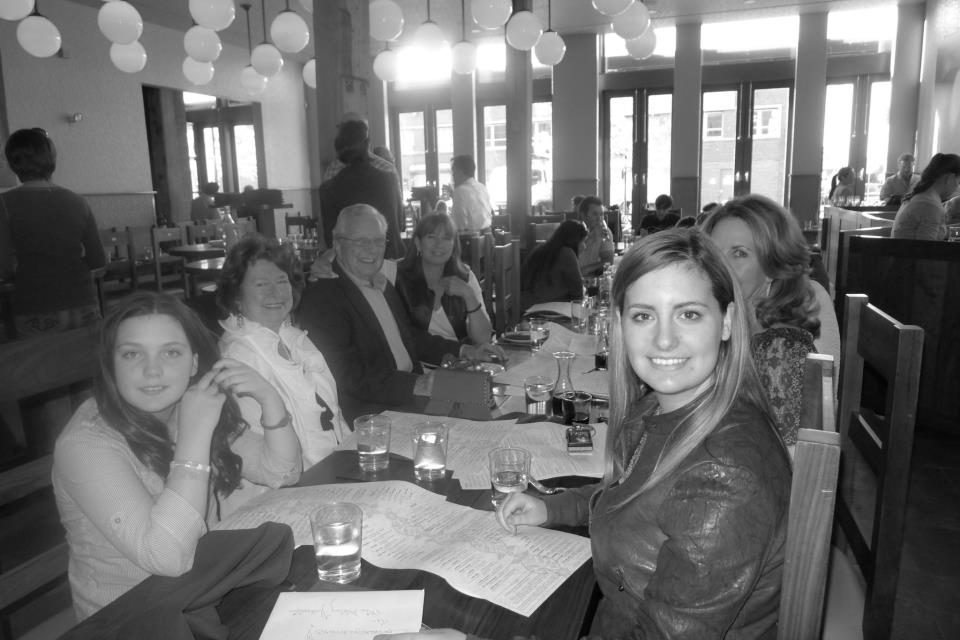 Leaving Chicago for good left me with mixed emotions. On one hand, I had been living there for four years and was very attached to all of my good friends in town, and on the other I was very ready to see what life is like in other places.

That being said, the last year of college was a very happy one, and I was really going to miss the happy rhythm of good friends, pulled pork tacos, hot yoga classes and crazy nights out in Wrigley that my life had acquired. 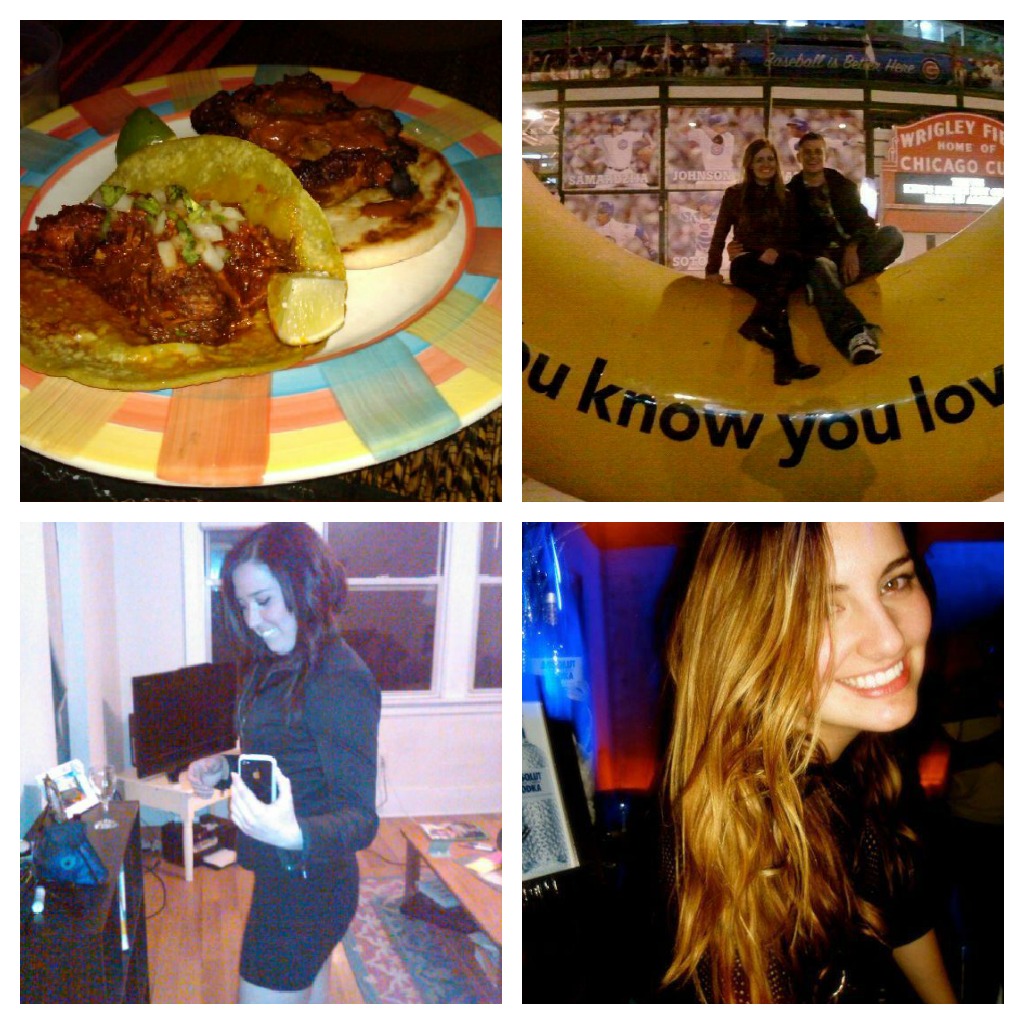 And so how did I kick-off my post-graduate life? By spending the summer in France to stay with the family I work for every summer!

To get the cheapest flight I ended up flying to Dublin via Boston. During my layover in Boston, my cousin Eddie took me on a Harpoon brewery tour and showed me the gorgeous view from his apartment in Southie. Boston is another city where I would be happy to find myself. 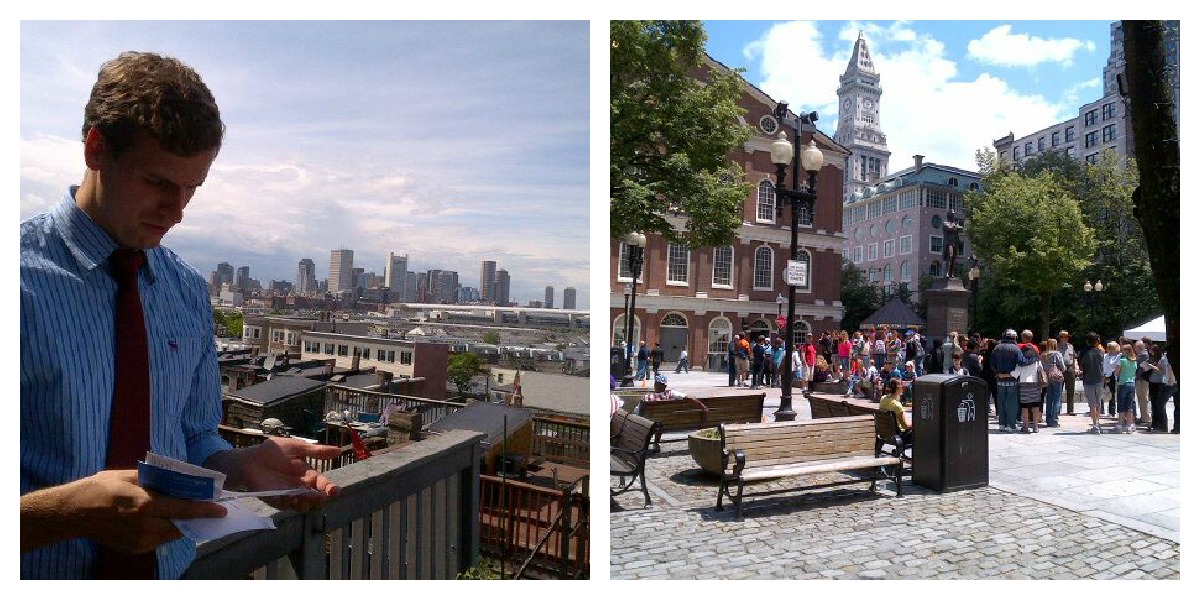 After an epic weekend in Dublin, I finally arrived in Paris. The next six weeks I spent in France were perfect, as always. The family I work for is truly my second family, and I basically consider their children my little siblings. During the summer I took the kids out for excursions to the menagerie or the pool and helped cook French recipes for dinner.

I also enjoyed a few visits from friends and a weekend down to the south of France for a beach vacation. Rough life, eh? 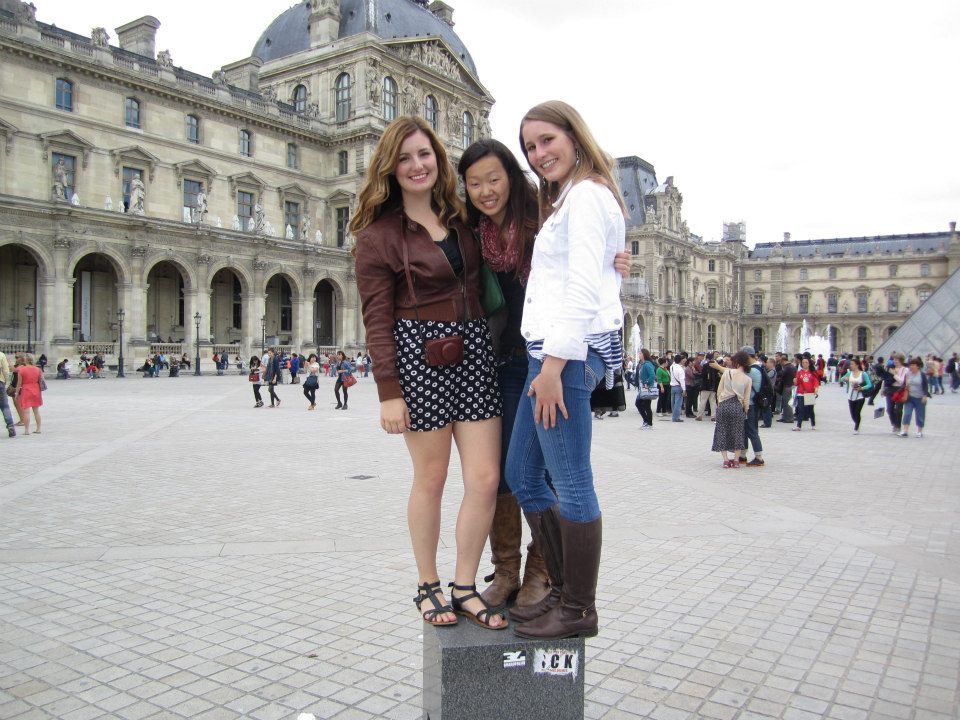 At the end of my stay in Paris I decided to embark on a two-week solo trip to Brussels, Corfu and Cork and Dingle, Ireland. The trip overall was one of the best in my life and made me a true believer in Couchsurfing, solo travel and saying yes to road trips with strangers. 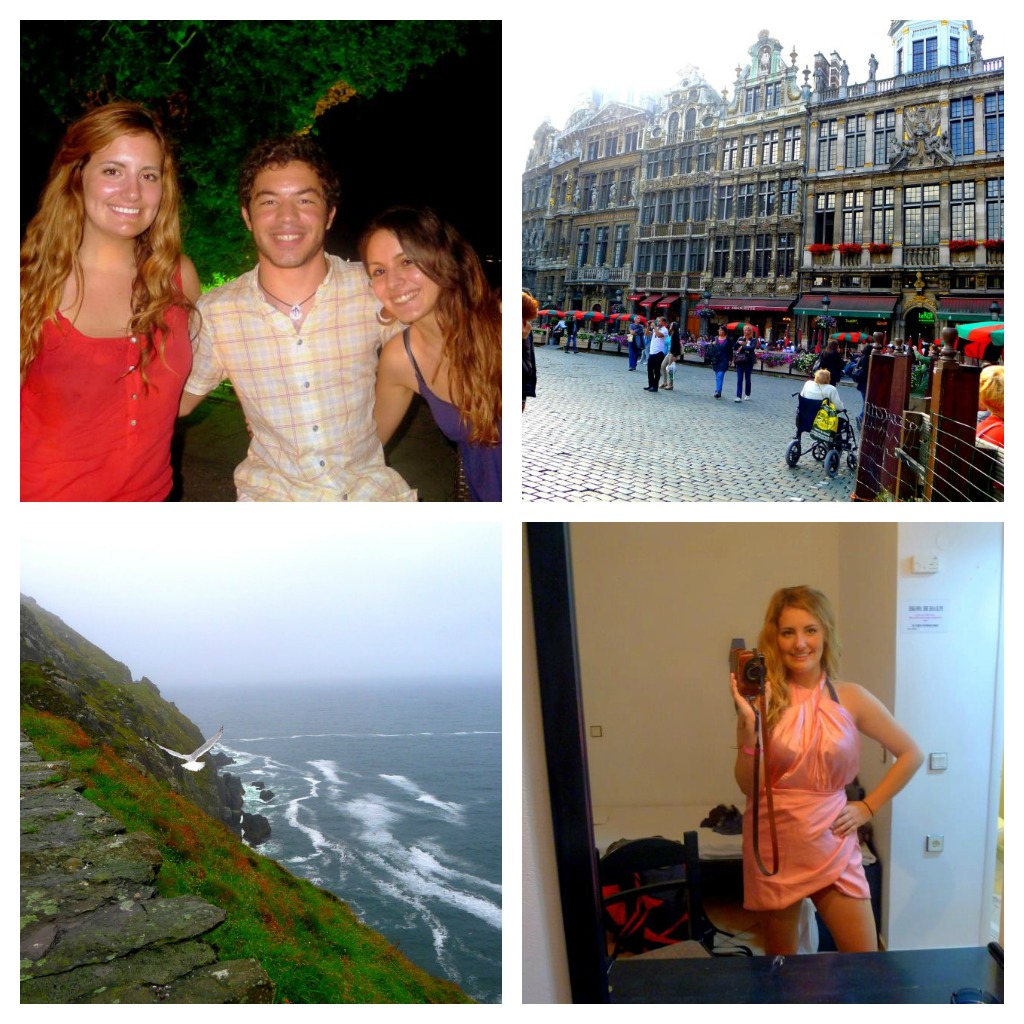 I also turned 22 in a sleazy club in Ireland with a group of French and American backpackers I met at the hostel. Because how else should you turn 22?

When I got back I started Ashley Abroad and enjoyed lots of family time at my lovely cottage on Lake Huron.

In September I enjoyed beautiful fall weather in Michigan, went to Chicago a million times, dealt with a lot of pesky visa issues and anxiously awaited my return to France. During my time in Michigan I was starting to get listless, and ended up putting on more than 10 pounds from my sedentary lifestyle. Ugh.

On October 29th I moved to France and met the family with which I would be living for the next nine months. To my delight the family was even cooler than expected, but I admittedly did find myself panicking at the beginning of my time in France; would I really be living an hour and a half from any nightlife? How would I make any friends?

After a blissful few days at an apple farm of the North of France, I spent the rest of November settling into my life in Paris. For a few weeks I wandered around in the rain with a camera, wondering how my life had gone from partying with good friends in Chicago to living in the suburbs with no plans on Friday night.

Luckily I soon met Edna from Expat Edna as well as some other very cool travel bloggers. Thank you blog and Twitter!

At the beginning of December I journeyed to Germany with Marina, my Couchsurfing host from Corfu, for an absolutely amazing weekend full of snow, latkes and clubbing. 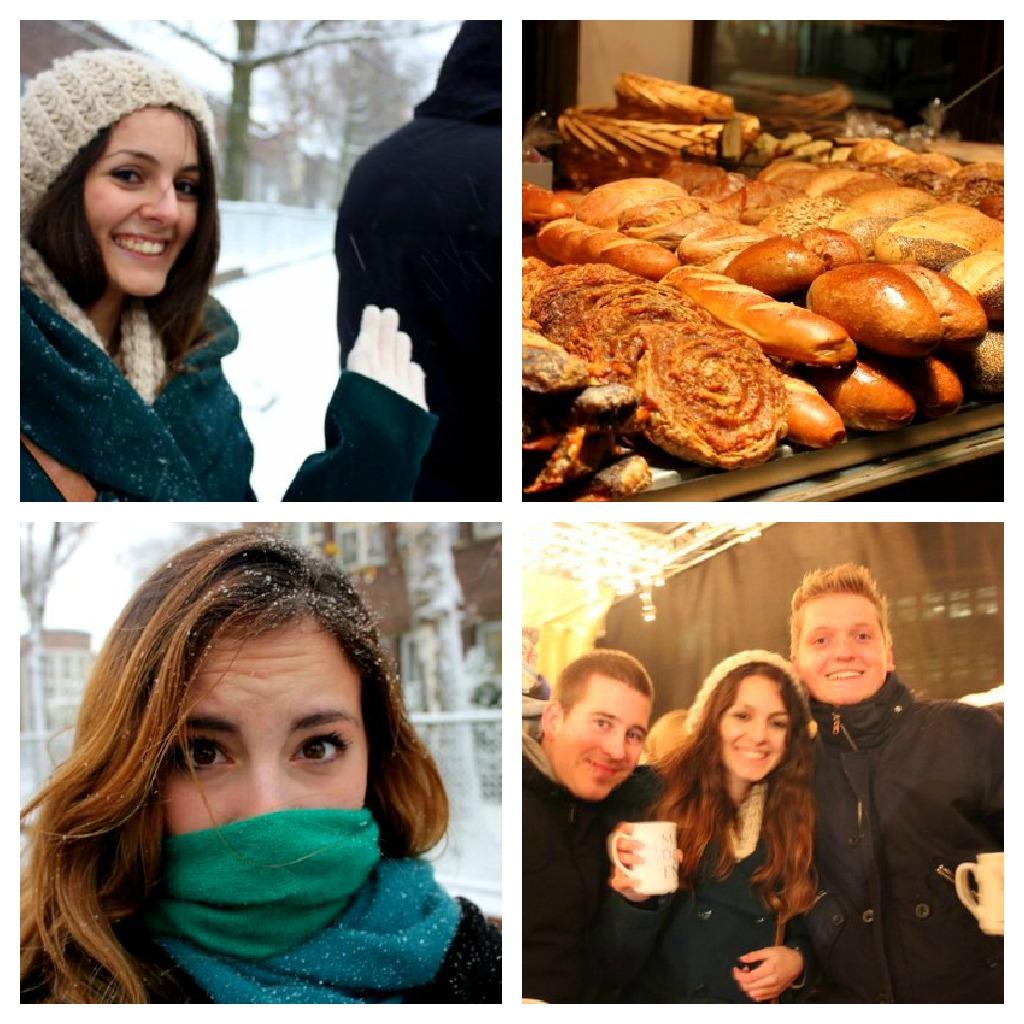 At the end of December I happily found myself back home in snowy Michigan for Christmas. I also ended up getting a job as a travel columnist with a local newspaper who found me through this blog. Yay! 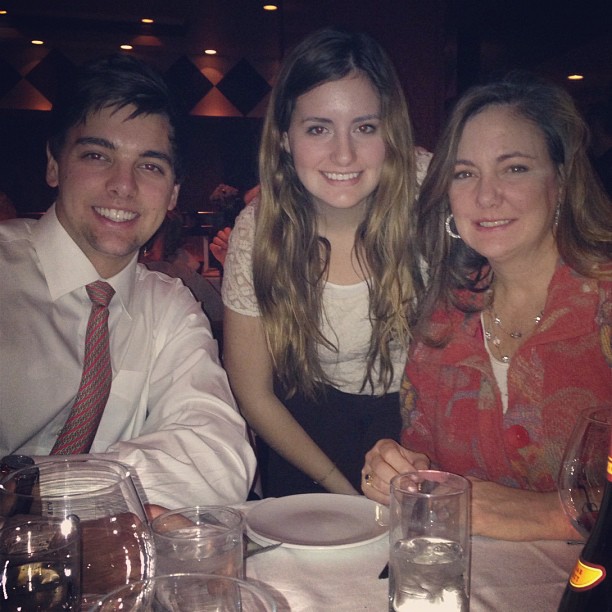 So if I learned one thing from 2012, it’s that you should just say yes in most situations. Say yes to pink ouzo shots, say yes to last-minute Bassnectar concerts, say yes to jumping off 40-foot rocks in Greece, say yes to Couchsurfing, say yes to hipster electronic festivals with your ex and say yes to meeting with editors and other bloggers.

Also, don’t settle for less than what you’re worth. Every time in 2012 when I asked for something (i.e. a raise in my freelancing jobs, a reference to get an au pair job, a job as an event photographer, etc.) I got it.

And also think about starting a blog.

3: Number of hostels I stayed in

1: Number of Thanksgivings I cooked

1200: Number of dollars made from freelance writing

365: Number of days I was grateful to be living such a blessed life

Thank you all for reading Ashley Abroad, your comments and emails have given me so much encouragement to move forward with this little blog. It really means the world to me that you take the time out of your busy days to read my little corner of the internet. May you all have an amazing 2013!

20shares
This post may have affiliate links, which means I may receive commissions if you choose to purchase through links I provide (at no extra cost to you). Please read my disclosure for more info.